The grande dame of Irish cinema on Spain, the theater and life after picking up IFTA’s Lifetime Achievement Award. 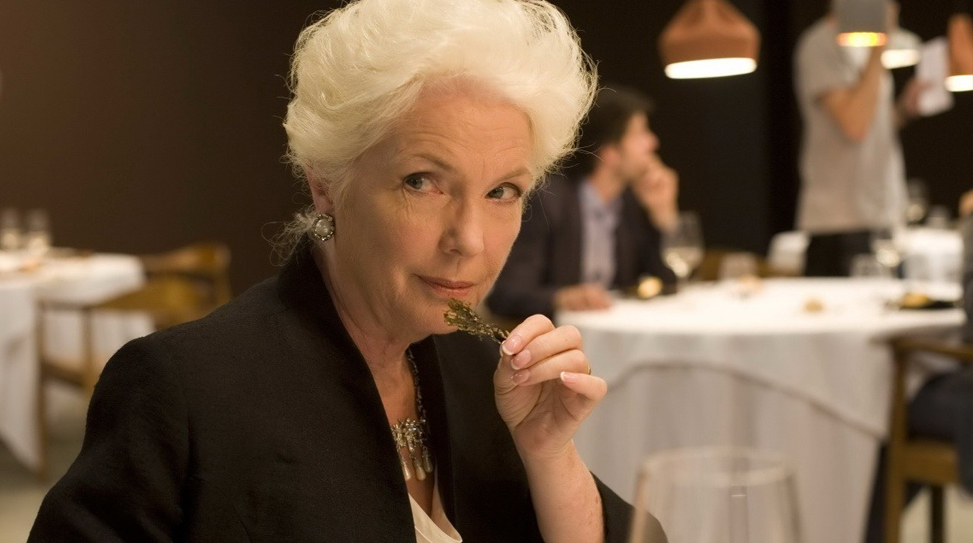 If you want me for this role, I'm putting my life in your hands.

In 2012, the Irish Film and TV Academy honored Fionnula Flanagan with their Lifetime Achievement Award. Very much a jewel in the crown of Ireland, her list of career achievements—both at home and abroad—is as lengthy as they come, having commanded the screen and the stage since the 1960’s. The Emmy Award-winning actress has a Hollywood legacy that spans five decades and includes roles in projects as diverse as The Others, Waking Ned, Yes Man, TV’s Lost and three incarnations of Star Trek. The veteran, now 72, is still very much at the top of her game with several films on the horizon such as Tasting Menu.

Roger Gual’s Tasting Menu’s central conceit weaves together a group of strangers at a world-class culinary mecca that is about to serve its final meal before it closes forever, and a half dozen interpersonal dramas unfold. An estranged couple reunites in their unwillingness to give up their year-long dinner reservation, despite not having seen each other for just as long. Two Japanese investors arrive to inquire about the owners’ next venture, unknowingly saddled with a chatterbox interpreter. A bereaved countess (Flanagan) dines alone with her husband’s urn by her side…

What was the big draw for you with Tasting Menu? Were you already familiar with Roger Gual’s work?

Yes, that’s what got me involved. He sent me the script and said he would like me to play the part. I watched his first film, Smoking Room, which won the Goya Award. It’s a wonderful picture. And I was interested because the part was different than what I had been playing recently. It was going to be shot in Empuriabrava, which is up on the Coast Brava near the French border. It’s one of the most beautiful places on the planet. I love Spain and have a real connection to the place. I had been there many times and filmed there. Catalonia is one of my favorite parts of Spain. I love the cuisine and restaurants… I mean, this movie is all about food! [Laughs] I’m not a foodie, per say, but we had a wonderful chef working with us.

It’s often said how food doesn’t always read well on camera, but it sure does in this case. Did everything taste as good as it looks?

I think that’s true. The title indicates that it will be a tasting of these small dishes that are the specialty of the chef, presented in such a way that it’s extra special. The people who come to the restaurant have been coming there for years because they adore the chef. And, of course, this is the last night of the restaurant before it closes down forever. Our chef made some interesting looking things and some of them were absolutely delicious, I’d have to say. They definitely looked better on camera than normal food would.

How would you describe your own relationship with food?

Growing up in Ireland, we had a very simple diet. There were a lot of fresh vegetables. There were a lot of apples because we didn’t have much citrus fruit until after the war, and even then, it was scarce. I was very grateful for that, actually. We didn’t eat a lot of meat. Meat was expensive and my family was poor. It was a big deal when we had chicken on Sundays. We ate a lot of eggs, milk, butter and homemade bread. We definitely ate healthy, but that’s how everyone ate. When I came to America, I found fast food. [Laughs] There’s fast food all over the world now and everything is full of chemicals. Back then, no one had to convert things back to being organic. I guess that’s sort of my relationship with food. I don’t regard food as an art. I see it as something that’s meant to nourish the body. I don’t go around sampling restaurants in L.A. or anything like that. If I go out to lunch with someone, it’s more to talk. In fact, I never give interviews over lunch because I can’t concentrate on the food and talk at the same time.

You have an enormous body of work behind you. You’ve worked with virtually everyone. Needless to say, this is all very intimidating.

The Irish Film and TV Academy bestowed you with the Lifetime Achievement Award in 2012. That’s a great honor!

Thank you very much! I don’t think I’m going to win this year because… I just don’t think I’m going to win. I’ve seen the other nominated performances and I think one of two actresses are bound to win. But it’s always a great night with friends and colleagues. The thing about the entertainment industry is that we award people and then we don’t see them for 5 to 10 years. At which point, you just pick up where you left off, catching up with family and what they’ve been doing. So it’s very nice to have an evening like this, bumping into colleagues and old friends.

What was it like to receive the award when you’re still very much active in the industry and will continue to be so?

When they told me they wanted to give me the award, I went online to check on the people who’ve won it before. First of all, I wanted to see if they had since died. Secondly, if they were still alive, I wanted to see if they were still working. Happily, they were still alive and working! Had they all been dead, I would’ve told them, “No thank you. Maybe give it to me later?” [Laughs] It was given to me by the president of Ireland, Michael D. Higgins, who I had known for years and years. I had known him long before he became president. He’s a poet, a fine poet.

Looking back, what have been the memories, collaborators and projects that have really stayed with you?

I got my start in theater, so those projects are very meaningful to me. Brian Friel’s play Lovers brought me to this country. That really opened the doors for me, to play on Broadway and tour around. It changed my life, really. I met my husband while I was on tour. I was trained at the Abbey and I’m a theater animal. Even though I haven’t done much in the last 10 years or so, I love to direct in the theater because I love working with young actors. I would say that a film that has been really meaningful to me was Terry George’s Some Mother’s Son, which I did with Helen Mirren. That was meaningful because it was about a watershed moment in Irish history. I think they told it very accurately and that’s always a joy. It’s always good when people talk about real events and get it right. Jim Sheridan and Terry George got it right. Helen and I worked well together on that. What else did I do… The Others, of course. I absolutely adore Alejandro [Amenábar], who wrote and directed it. Nicole [Kidman] and I had a lot of fun on that even though it was such a stressful time in her life.

That was also shot in Spain?

We did shoot that in Spain, a place I have a very strong relationship with. My history with the Spaniards go way back because my father fought in Spain in 1937. He fought for the Spanish Republic against Franco. He was wounded and all of that drama, but this was before I was born and before he met my mother. He was a very young man. It was very meaningful because I grew up on the memory of that. My father used to talk about it. In fact, after a few drinks he would say, “Darling, some day you’ll save Spain.” When I got to my teens and wanted to go into the theater, I would think, “What am I supposed to do about Spain?” [Laughs]

That’s quite a burden to carry around.

It was a big burden. I feel that going to Spain to do The Others and later Tasting Menu was my contribution to Spanish cinema, so it’s okay.

What excites you most nowadays moving forward?

The script has to be good because it all comes from the page. Hopefully, it’s an original story and the part calls for me to bring something new. When you reach a certain level in the industry, a lot of people want you for your name and I’ve been offered many of those projects. I can’t take those projects if the script is just not there or if it’s too similar to what I’d done before. It’s completely different in theater where you go out on stage and you learn something new every night, although you’re technically working with the same material.

I think it’s important to try and do as many different things as you can. I’ve been very fortunate because I’ve been offered parts that are so varied. Tasting Menu is so completely different from Life’s a Breeze where I play an 80-year-old woman who once lived in a house so full of junk it’s unbelievable. Most of the film was shot during the winter on landfills in Ireland… Not the most beautiful location. [Laughs] We were up to our knees in mud all the time, thinking about that bath. They had to make me look 80 with special make-up and that took an hour and a half each morning, and then half an hour to take it off. I was the first one in and the first one out. It was a rough shoot.

Keeping your love for the theater in mind, do you find the editing aspect of film scary at all, where one take of a performance means forever?

When you work with good directors, it’s a different story. Leo Penn, Sean Penn’s father, was a super director. He followed your breathing and heartbeats. If there was ever a hiccup in your breathing, he saw it immediately and wanted to do the take again. It might not be perceptible to an audience, but actors depend on their breathing to accomplish certain things. That’s an example of a skillful director. They pay attention to the details. I’ve told directors, young directors especially, “If you want me for this role, I’m putting my life in your hands.” I want to trust them implicitly. I don’t feel that it’s my job to protect the director. I see my job as serving the role because the director knows where they want the story to go and they will guide me.