Matt McGorry Tries It on for Size

The How to Get Away With Murder star on life’s hindrances, pop culture, and Marc Meyers’ indie drama How He Fell in Love. 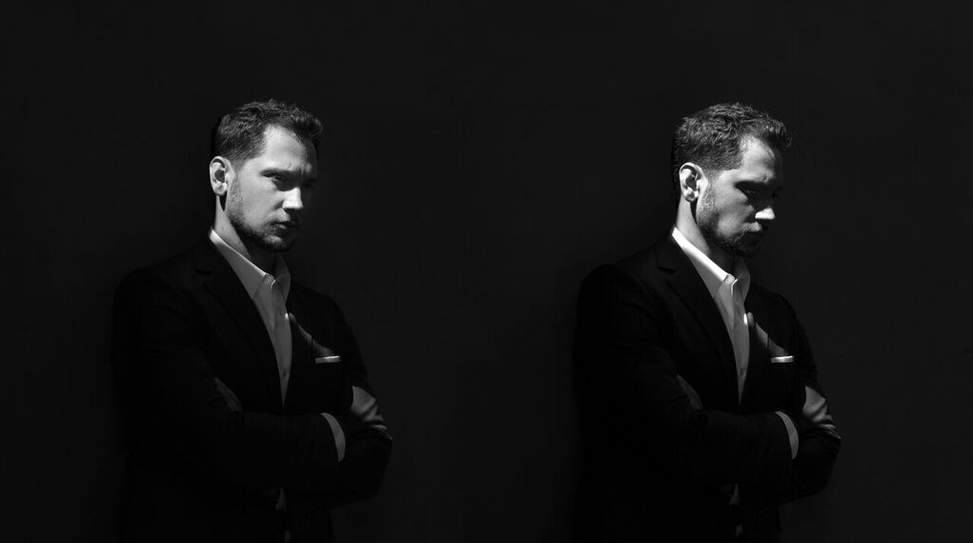 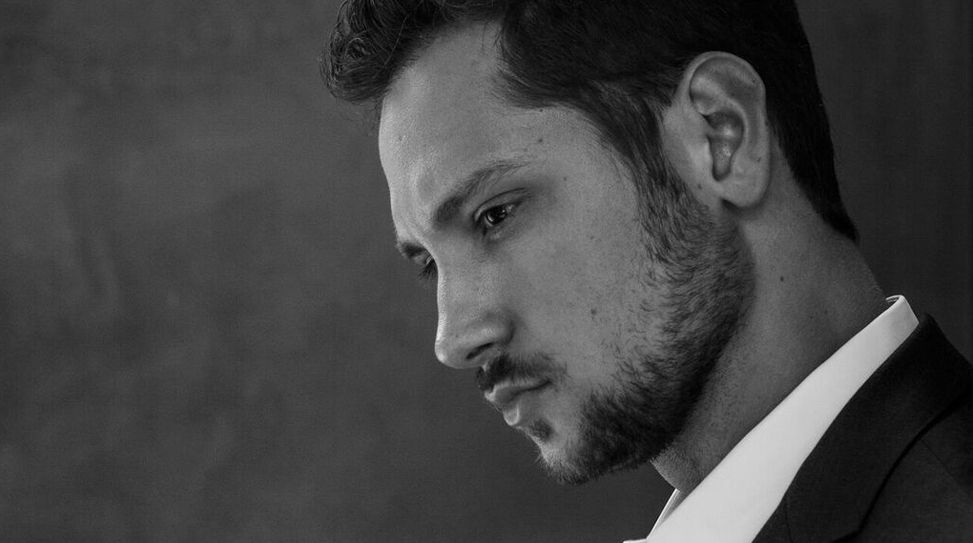 The idea of being kidnapped by pop culture and being swept up in that is a convenient way of imagining that we don't have to deal with a lot of the issues that make us human.

ALFRED ENOCH, AMY HARGREAVES, BRITNE OLDFORD, HOW HE FELL IN LOVE, HOW TO GET AWAY WITH MURDER, JACK FALAHEE, JODY GIRGENTI, MARC MEYERS, MARK BLUM, MATT MCGORRY, ORANGE IS THE NEW BLACK

A chance encounter charms two strangers into a clandestine affair in Marc Meyers’ indie drama How He Fell in Love. What begins as a no-strings-attached fling—she’s married, he has a girlfriend—begets an emotional connection in a series of toss-the-keys-to-the-floor trysts that will inevitably upend both of their lives. The result: a wide spectrum of passionate highs and lows between the wayward lovers who can’t seem to commit, or call it quits. It’s not as tawdry as it sounds.

How He Fell in Love opens with Travis (Matt McGorry), a struggling musician in his early 30s, and Ellen (Amy Hargreaves), an older yoga instructor, striking up a roadside conversation following a wedding reception, before casually agreeing to share a ride back into Manhattan. If there’s romantic spark in this first exchange, we wouldn’t know it, although the chemistry between McGorry and Hargreaves is undeniable. They don’t cross paths again until much later when Travis takes up on Ellen’s earlier offer to attend one of her classes in the city. An abrupt kiss turns into something much more than a mere dalliance—indiscretions mediated by a revolving artificiality: they lead separate lives with other partners. And since Travis and Ellen have no qualms about cheating on their partners, they exist in a moral vacuum. Saying more would ruin everything…

There’s no question that How He Fell in Love will receive a strong, adverse reaction for glorifying adultery between people whose problems would be far less profound if they could muster a quantum of fidelity. There’s also no question that the film depicts something all too real. In its own way, by documenting the petty panic of two individuals who want to be together but are otherwise entangled, Meyers articulates the enduring allure of a love defined, and heightened, by restrictions.

How He Fell in Love opens July 8 in L.A. and July 15 in NYC with a national roll-out to follow.

How are you feeling today, Matt?

Great! I’ve been on a long hiatus [from How to Get Away With Murder]. I have my table read on the 5th and get back into filming again on the 11th. So, yeah, I’m just getting right back into it.

So let’s talk about your character in this new movie How He Fell in Love. Travis is a man of of few words. He’s kinda difficult to read. What did you first make of him on the page?

Interestingly enough, I’m not always great with first impressions when it comes to characters. If I go by my first impressions, I usually end up not getting quite as good of a performance out. I always get better results when I reserve judgement about the character and how I imagine him being—what he looks like and what the performance will look like—until I really delve into the script. It’s a habit of mine as an actor, from even before working professionally. When I read a script, I immediately want to picture what it looks like rather than what the character looks like.

The forest, not the trees.

Right, right. I want to know what the shots will look like and what the whole film will look like. I always get too ahead of myself. Have you ever gone on a date and after the date picture what that might look like 20 years down the line? When you’re both 80, sitting on the porch together? [Laughs] I just let the story wash over me. I found this script very powerful and moving. It felt very alive to me. Despite the complicated nature of the story, it all made sense to me very quickly.

I did have to audition for it. I actually didn’t have a lot of time to prepare, which I think was good in some ways because it really forces you to not overthink it and engage with the material based on your natural instincts. Overthinking can definitely be an impulse of mine.

You’re quite the opposite of Travis. You’re extroverted. You’re vocally opinionated. You’re a clown on set, at least on the TV show. Is that part of the attraction to a role like this one?

Wait… Am I a clown on set? [Laughs] I think Alfred [Enoch] is the prankster.

Maybe he is, too. This is what Jack Falahee says. So how do you consider yourself?

Maybe everyone does, but I consider myself an extroverted introvert, especially as I get older. I more and more like alone time and quietness. Honestly, I like playing a wide variety of characters. I definitely like playing characters I haven’t played before. There’s something about Travis that was fascinating because he does seem to play his cards close to the vest, at least in relation to me. I tend to wear my heart on my sleeve in many ways. Travis is just working through life in his own way and probably denying his own views about things. I think we do this a lot where we’re attracted to someone—feel affection or even love them—and overlook the circumstances that can really complicate it. To play a character who’s going through that was very fascinating to me.

There was a line in the movie that jumped out at me. I actually paused the film to write it down: “I wish I was kidnapped by pop culture.” I felt like that was very revealing about him.

I love that and I do think it is very revealing. It’s very reflective of Travis but also the way many people, particularly in this generation, tend to feel. We live in a generation of social media where celebrities and public figures are readily accessible through technology. A lot of people in our generation do want the fame and the recognition—that external validation—myself included, probably in more ways than I feel now having had some of that myself. Reality TV and people who can just sort of become famous on social media—there’s a cultural obsession with that. That can prevent us from dealing with the real issues in our lives. The idea of being kidnapped by pop culture and being swept up in that is a convenient way of imagining that we don’t have to deal with a lot of the issues that make us human. As I will tell you as someone on the other side of this, that’s not the case. In fact, it makes those things even more complicated. I think it mirrors what you were talking about before, too, about this mystery around Travis, or his inability to be vulnerable, which does evolve throughout the film. He likes the idea of escapism and not dealing with things head-on.

You can sense that Marc Meyers is an incredibly sensitive filmmaker. You see it in the film’s nuances. He’s unhurried in letting things play out naturally. What was he like to work with?

So Marc and I first met in the second audition. I did a Skype session with him when I was in Philadelphia filming the TV show. When I got into the room with him and Jody [Girgenti], his wife and producing partner, in New York, Amy [Hargreaves] was already cast. I was auditioning with a couple of other guys. I just got a sense that he does have a great sensitivity to him, which I was drawn to. Even in the audition room, I felt comfortable in exploring certain parts of myself that I might not have otherwise had I gotten a different vibe from him. He’s not one of these filmmakers who has the ego, you know? He’s always interested in finding the right choice for the greater good. Having his trust allowed me to explore a lot of different circumstances. The last thing you want as an actor is to feel like you can literally fuck it up. [Laughs] Even if he wanted another version, it was never, “That take wasn’t good, let’s try this,” which isn’t productive. We always had the same approach: each time we do a scene, we just do it a couple of different ways to then piece together the version we want in the end. That really allows for the spontaneity and the freshness.

I wanted to ask you about this empty room in Travis’ apartment where his roommate died. Travis won’t even let his girlfriend move into that room. It’s all very macabre.

Yeah, I think it was an unfinished chapter in his life. He knew this terrible thing happened but hadn’t fully dealt with it head-on. We discussed this before, but this is a trend with Travis. Sometimes it’s hard to let go of things unless we’ve had some kind of closure. There’s actually a scene, I think, that didn’t make it into the movie where Travis goes to his old bandmate’s house.

Well, Travis brings a box to the house and it’s very brief. So there was more to it?

Right, right. So he goes through the belongings and stuff. We assume that he has dealt with everything in the way the film is structured. I think this is true of anything. With a relationship that’s no longer there and where you haven’t processed that, you hold onto it in a way that’s not particularly healthy. For him, it was just really about figuring out how to process it. In these kinds of situations, I don’t think people realize that they’re not processing it until they make the decision to process it. So once he was able to do that, he was definitely able to sort of move beyond it.

It was a very obvious hindrance on his life.

For sure. I tend to think that way about anything that we sort of don’t deal with, particularly issues that are potentially traumatic. They fester if we don’t address them.

Travis and Ellen’s infidelity is at the core of this story. There always seems to be this tension between viewers who might think you’re glorifying something that shouldn’t be versus the simple fact that these are very real life situations depicted onscreen. So how do you combat that kind of criticism when someone’s unable to push past that uncomplicated reality?

I’d say that, for anyone who can’t watch it and feel that way, that certainly says a lot about the viewer. [Laughs] In many ways, we like to have these idealized views about a lot of different things and different aspects of relationships. Understanding real life complexities and coming to terms with them are very important. A lot of the time, we see that people who promote the most “traditional” family values at the expensive of social progressiveness tend to be the ones who had a lot of terrible stuff that they’d done revealed later on. Understanding and embracing the intricacies of what it means to be human is, for me, one of the most fascinating things about art and film. We’re complicated, you know? There are things that these characters in the film could probably take into consideration, like more honestly and openly communicating with their partners, which would give them a lot of peace. But as you said, part of the goal of art is to reflect life.