From the Archives: Cristian Mungiu

A look back to our chat with the Romanian filmmaker just named Jury President of this year’s Shanghai International Film Festival. 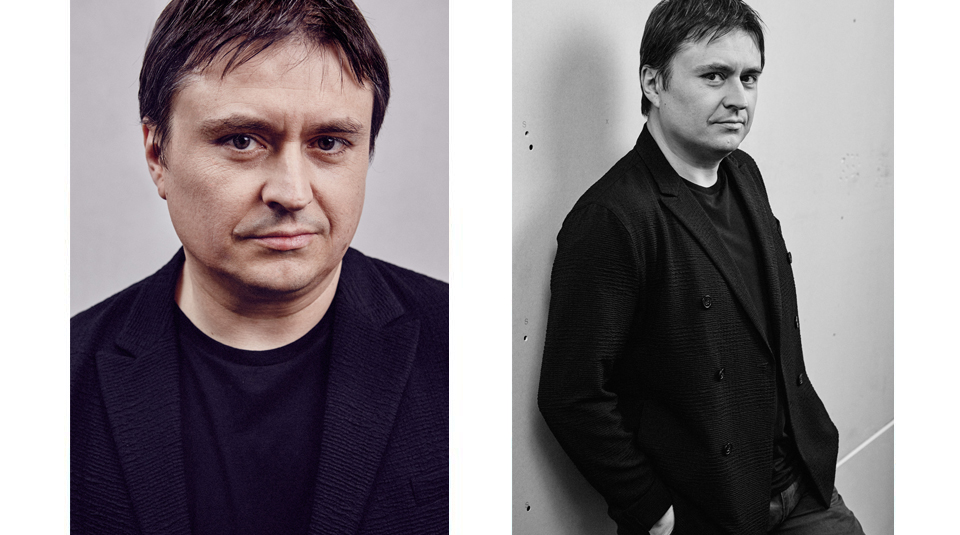 Long considered one of the leading forces of the Romanian New Wave, Cristian Mungiu burst onto the international film scene in 2007 with his second feature 4 Months, 3 Weeks and 2 Days, which went onto pick up the Palme d’Or at the Cannes Film Festival, the first time the prize was awarded to a Romanian filmmaker. In 2012, he picked up the Best Screenplay honor at Cannes for Beyond the Hills, and just last year, he was named Best Director for Graduation, in a tie with Olivier Assayas for Personal Shopper. Now Mungiu has been appointed Jury President of this year’s Shanghai International Film Festival, on the heels of the announcement that he would preside over the Cinéfondation and short film jury at the 70th Cannes. A true mainstay on both sides of Cannes over the years, the filmmaker previously served on Steven Spielberg’s Palme d’Or jury in 2013.

[Editor’s Note: The following article was originally published on October 11, 2012.]

Christian Mungiu’s follow-up to his Palme d’Or-winning 4 Months, 3 Weeks and 2 Days, Beyond the Hills is inspired by true events and the non-fiction novels of former BBC reporter Tatiana Niculescu Bran. The film unfolds at an Orthodox convent where pious women toil dutifully under the watchful eye of an authoritarian priest. As the film opens, Alina (Cristina Flutar) arrives in the mountainous region of Romania to visit her friend Voichita (Cosmina Stratan), a devout novice at the monastery. As children, the two women had formed a bond at an orphanage that steps outside the lines of mere friendship. Now Alina wants Voichita to leave her cloistered life and return to Germany. But when Voichita seems disinclined to go, an increasingly desperate Alina becomes violent. The nuns become fearful that she’s diabolically possessed and perform an exorcism.

How was Beyond the Hills received when it premiered at Cannes earlier this year?

First of all, I didn’t allow them to hold a press screening for the film. This isn’t always true, but I find that critics are often too cynical. With the general premiere at Cannes, we had a very good response from the audience. They gave us the choice of screening the film at 4 P.M. or 11 P.M. and we chose the earlier time slot. At 4 P.M., the true film lovers come and they’re disinterested in seeing what fancy clothes people are wearing. Also, since the running time is 2.5 hours, it was better to show it in the afternoon. Everybody stayed for the entire screening and clapped.

So it can get quite calculated.

There are certainly a lot of politics involved. Once you finish a film, you end up in this marketing stage that has little to do with your creative process as a filmmaker. Nobody really tells you that in film school, or at least they didn’t tell me. [Laughs] You have to work incredibly hard to get your work out there. At Cannes, the biggest pressure is felt by films competing for the top prizes. The way they choose films for the competition is very intricate. It’s a mixture of both radical independent cinema and the mainstream movies with a lot of star power. As we all know, people don’t climb up trees to see the red carpet for the kind of films that I make because I don’t use name actors. Cannes is known for the glamour as much as it showcases the more “artful” movies.

How important was it for you to return to Cannes after picking up the Palme d’Or in 2007?

To be honest, it was very very important to make it into the competition again. It’s very difficult to get the Palme d’Or, so if you return with another film and hopefully win the Palme d’Or again—I didn’t win this time around—it confirms that your first win wasn’t an accident. I felt the pressure to deliver something that would match people’s expectations. On a side note: since Romanian films have picked up numerous awards at Cannes in the past 10 years, in a strange way, being included at Cannes isn’t impressive anymore to the people back home. It already happened too many times.

Would it be fair to say you’re more interested in telling stories that are inspired by true events? And if so, do you attribute that to your many years spent in journalism?

It’s fair to say that about what I do, but I think it’s a big generalization. Reality is great! [Laughs] However, it comes down to what you pluck from reality. What attracted me to journalism was the certain complexity and strength of the stories I found that spoke to the greater world behind them. It doesn’t matter if it has to do with something like Communism or the world of religion that we live in today. The world is changing, yet the patterns stay the same. In film, when you decide to tell a story that’s rooted in reality, that reality will shape the pattern of your fate. The method that I employed for Beyond the Hills is the same as the one I used in my previous film. When you choose not to inject your own subjectivity into the material, your objectivity can fortify a lot of significant things. When people watch the film, they’re able to interpret it in so many different ways because they’re the ones projecting themselves onto what they see. It’s almost like holding up a mirror.

Has someone shared their interpretation of the film with you that was particularly unusual?

It’s interesting to see people interpret the film in this very precise and uniform way. Some people interpret the covenant as symbolizing a secluded Communist world and that was unexpected for me. It’s very important to me—for all of us—that we don’t interpret any of it literally. The film speaks about the strange ways in which violence occurs. How does violence enter this group of gentle people? If you look at the main incident at the film’s end, I of course wondered how something like that could happen and wanted to explore that in detail, moment by moment. Right now, we’re sitting here and I can tell that you’re sane and capable of making decisions for yourself. This is how the story starts out, and yet, just a week later, the nuns think they can tie up this girl and make decisions on her behalf because they’re blinded by faith. How does this happen? When is the moment where the nuns suddenly feel entitled to make decisions for another person against their will? This is not a film about exorcism. This is a film about why we do the things we do.

The ensemble cast is impressive, to say the least. Is your casting process very instinctual?

It’s always instinctual. I don’t know how else it could work! [Laughs] I start by compiling a group of actors solely based on their looks and personalities that seem close to the characters that I had envisioned while writing. You can tell a lot about a person from a photograph. I chose Cristina [Flutar] based on a picture. I understand how photographs can work at the level of vague hints, but more often than not, my impressions are accurate. In reality, Cristina might be very faraway from the character she plays, but I knew she could be her. I could gather that she was malleable through the photograph. And every text and dialogue has a certain logic to them. Some people will understand the logic very naturally and I always strive to work with those kinds of people.

The entire set was constructed specifically for the film. Why was that important?

I knew that it would be impossible to shoot in a real monastery because they simply won’t give me permission. Also, I didn’t want the actors to feel uncomfortable shooting something like this in a sacred place. Right away, I needed to convince the cast that it’s a set. It was the first time where I got to build a set and I was given an opportunity to realize exactly what I had in mind. I took clay that children play with to render the entire set for the production designer to work from. He built exactly what I asked of him because it was so clear in my mind how everything should be.

Did you visit the monastery where the actual event took place for inspiration?

I did, and there were small details that I wanted to incorporate into the design. I preserved the texture of the walls that I saw, for example. It’s very unlikely that an Orthodox church is left unpainted, but in this particular monastery, it was because they didn’t have the money to paint it. Some of the details had actually matched what I had imagined during the writing stage. With that said, I never intended to replicate the original monastery down to its every detail. The production design was mostly inspired by the novels. It also helped that I visited a lot of monasteries growing up. The production design is a fictional representation of what you would imagine the actual monastery would look like, if that makes sense. It was never meant to be a direct copy.

If you were to take the pulse of contemporary Romanian cinema, how would you describe it?

I think we’re more concerned about the way of making cinema than telling certain types of stories. We question what’s special to cinema that’s different from theater or any other art form. Some common things that you notice in Romanian films are the use of very long takes, the lack of music, few edits, etc. It’s all connected to our way of understanding the film language. We don’t want to manipulate viewers with cheap emotions, which can be obtained by anyone through the use of music and editing. I think our way of working is more complicated, yet more honest. For a lot of Romanian filmmakers, cinema is the art of examining time. In reality, time passes in a linear way, so there’s no reason to cut it up so much in the editing process and decide what’s more important than something else. In the Romanian New Wave, you’ll often find that we use one shot per scene.

Speaking more generally, what do you believe films should set out to accomplish?

I don’t think cinema is just meant to entertain. Rather, I think it’s meant to explore and understand its needs as an art form. This is especially true in Romania because we don’t have the kind of pressure of commercial success that you see elsewhere in the world like in Hollywood, especially. We work with very small budgets and in a country where we don’t have much audience left. When you get funded by public sources, it becomes all about the films. There are no investors, so no one is waiting around hoping to get their money back. In that sense, it’s a fun place to be for cinema.