From the Archives: Eddie Redmayne

A look back at our conversation with the consummate nice guy, a front-runner for the 2016 Best Actor Oscar with The Danish Girl. 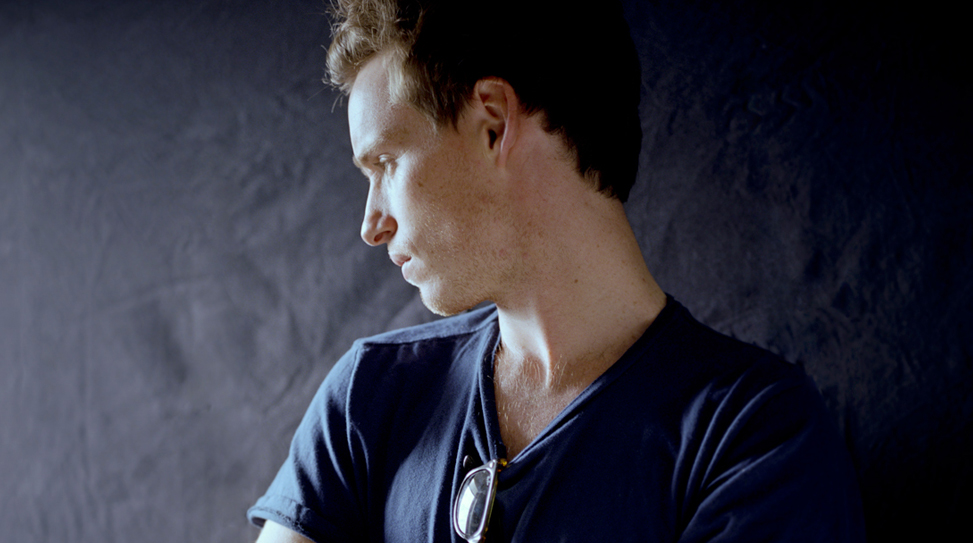 I don’t come from a family of actors or anything like that. There’s nothing tangible telling you that you’re allowed to do something like this.

[Editor’s Note: The following interview was originally published on October 20, 2011.]

Michelle Williams accomplishes a near-impossible task in My Week with Marilyn: She portrays Marilyn Monroe as a person and not the caricatured icon we’re all used to seeing. However, her chameleonic efforts aren’t the main attraction in the biopic like we had been banking on. The talk of the New York Film Festival this year was Eddie Redmayne, a lesser-known 29-year-old British actor who is as handsome (he is also a model) as he is talented (he received a Tony in 2010).

Simon Curtis’ My Week with Marilyn is based on two memoirs written by Colin Clark (Redmayne), a 23-year-old assistant who was bent on making his way in the film business; first lending his talents to the production of The Prince and the Showgirl, a film that famously united Laurence Olivier and Monroe. Nearly forty years after the publication of Clark’s first memoir of the same name came My Week with Marilyn, a written account of the intimate week he had shared with Monroe. Curtis’ adaptation tells the story of their blossoming love and ultimate heartbreak.

You started out in theater, didn’t you?

Yes. I did plays when I was in school and loved it. I got into acting while I was exploring theater in London before doing film, which I knew nothing about. I gradually started working in it and really enjoyed it. Acting in theater requires a completely different skill set and life experience, but they sort of compliment one another, I suppose.

The main thing with theater is that, if you mess up, you can go back and sort it out the next night. In film, if you don’t get a certain thing right on the day of shooting, it’s cemented on celluloid. In that scenario, you don’t get another opportunity to have a do-over. Since I started out in theater, when I came back to doing it after film, it was film that had informed my work onstage much more so than the other way around. Once the camera scrutinizes you—where something looks slightly superfluous, histrionic or weird—you take that back to the stage. They’re always informing each other. Film gives you a very varied life and I really enjoy that.

It’s often said that theater is an actor’s medium whereas film is a director’s. Do you agree?

I do. Ultimately, when you’re onstage, you have control as an actor and no one can stop you from whatever you’re going to do. When you’re an actor on a film, you deliver what you have to the director and it’s in their hands for the most part. It’s amazing to look back and say, ‘That’s a totally different interpretation of what I thought I was doing.’ But, sometimes, that can also let you down. That’s why it’s so much about trusting the people that you’re working with in film.

How did My Week with Marilyn measure up to your first impressions of the screenplay?

When I first read the script I asked myself, ‘Who would have the balls to take this on?’ When I found out that Michelle [Williams] was attached to it—I knew she was a pretty formidable actress—I had high hopes. I knew it wouldn’t be a caricature of Marilyn, which was perhaps the most exciting thing to watch unfold. Michelle had this translucency. I also saw that it might be an amazing opportunity to have a window into the world of filmmaking and that excited me. It’s a romantic look at a time in British film history. It’s filled with great characters, both British and non-British. It fulfilled that on so many levels for me. As an actor living and working in England, it was wonderful to share moments with people like Sir Derek Jacobi and Dame Judi Dench.

Did you want to act since you were very young? How did this all come about?

I loved the idea of being an actor as a kid, but I never thought it was feasible, you know what I mean? I don’t come from a family of actors or anything like that. There’s nothing tangible telling you that you’re allowed to do something like this. I have a line in the film, ‘Maybe she’s scared, sir,’ and Kenneth [Branagh] responds, ‘Fuck being scared! This is what we do!’ I think the fear comes from not only judgment when you’re portraying a human being who everyone has the right to pass judgment on, but at the same time, you never know what it is that allowed you to go from playing make-believe as a kid to suddenly doing it as a profession. It doesn’t feel like you should be allowed to do this. [Laughs] In some ways, it feels too good to be true.

Marilyn Monroe is an iconic figure who lives in our collective consciousness, but we don’t know much about Colin. What kind of preparation did you do?

The great thing is that I did a film a couple years ago called Savage Grace, which was based on a true story and I played a real character. My Week with Marilyn is based on two of Colin’s memoirs, so you essentially have that as a day-to-day resource. At the same time, we were lucky enough to meet people who actually worked on The Prince and the Showgirl. The other thing is that when you’re doing an adaptation of a book, you have to choose at which point you let the book go. There’s no point in taking all the baggage of backstory that you don’t really need, which is often not helpful for the script since the audience isn’t aware of it anyway.

You’re also making a film within a film. Was that strange on set?

Absolutely! There are moments in the film where you’re seeing a camera crew filming a camera crew. Walking into the studio at Pinewood Studios where we had stationed the set of The Prince and the Showgirl, there were moments where I didn’t know what was set design and what was reality. I think that kind of meta quality of shooting in the same studio as The Prince and the Showgirl—Marilyn’s dressing room and all—added to the spirit of authenticity of what filming at Pinewood is like. They were shooting Captain America next door, so you’d walk down the corridor and see Marilyn Monroe hanging out with one of the X-Men mutants. [Laughs] That’s the kind of romance in cinema that still exists. It encapsulates how stupid our job is, and how wonderful it is, to play dress-up as if you were a kid. It’s fun when you get to see that reflected back at you.

They shot the film at Eaton College, your alma mater. Was that a weird experience?

It was totally weird. [Laughs] There were so many wonderfully weird experiences on this job. It was incredibly bizarre to show Michelle, this big Hollywood bombshell, around my old school.

From your own personal reading of Colin and Marilyn’s relationship, do you think their bond was due to circumstance in any way?

What do you mean by ‘due to circumstance’?

Well, Marilyn was going through a lot of heavy, personal stuff when she met Colin.

She was going through a rough patch, you’re right. I think the interesting thing about runners—the lowly assistants—is that they have access to everyone. They know more about what’s going on and the politics on set than anyone else because they see it from top-to-bottom. I think it was Colin’s access to Marilyn that was circumstance, which made her realize that she could reach out to him.

What did you take away from working on this film, be it personal or strictly as an actor?

I think the most interesting thing was playing someone who has a false sense of confidence, given his privileged background and incredible access to these sorts of people. But he also has a truth of heart and wants to make his own way in the world, you know what I mean? He has this cockiness and needs an emotional education. I would say that, as an actor, you always learn by being a sponge and watching other people. This, of course, was the most wonderful opportunity in which to witness a lot of the greatest living British actors, not to mention Michelle, one of the greatest actors of our generation. I observed all the different ways of acting. I got to understand what I like about how they work and their behavior on set working with the crew even.

What do you want now? Where would you like to end up essentially?

I don’t have a set path in mind. Sometimes you get sent scripts that are interesting. Sometimes you like the actors that are involved in a given project. Maybe I’ll find a character that’s challenging or the material will be challenging. I see career as something that you look back on rather than something you look forward to. I just take it step-by-step.