On the Move: Nik Thakkar

The multi-platform creative on the evolution of his brand, his menswear line Ada + Nik and the greatness of Karl Lagerfeld. 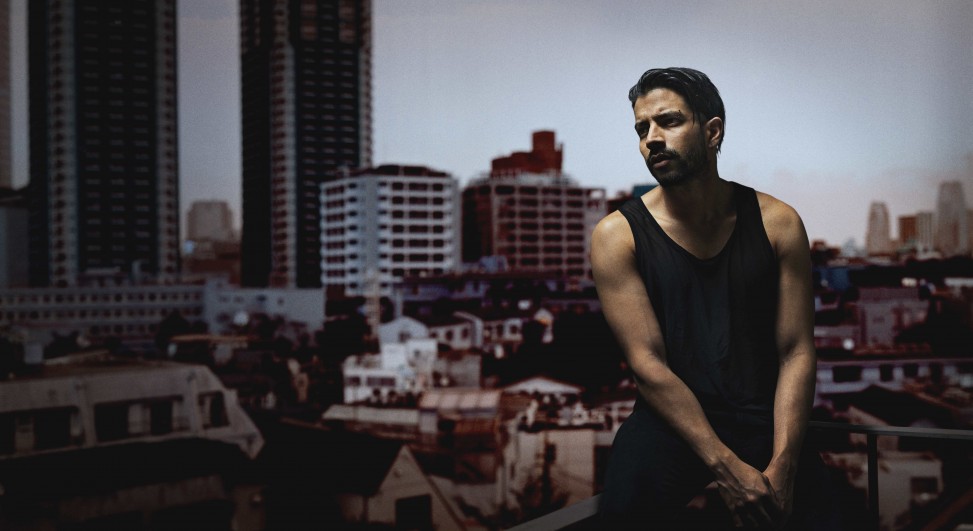 Invest time in finding out who you are and then shop for that, alone. Consistency shows confidence.

London is full of interesting people. Writers, models, designers, creative directors and music junkies. Not everyone is all of these at once. Nik Thakkar is a true Renaissance man with many feathers in his cap. The 26-year-old is the brains behind the cult blog KARLISMYUNKLE, a creative strategist at his digital consultancy Nephew London, brand ambassador and a model for some of the biggest brands out there. He is an expert in such fashionable cross-pollinations. In screenwriting as in life, there’s something called the “second act.” On screen, it plays out through a final feat of redemption or discovery. Off-screen, the premise may be different, but the process just as significant. If the “first act” is where you’re introduced to the world, the “second act” is where you leave your mark. And this year, you can add the title of menswear designer to Thakkar’s long list of accomplishments with the launch of Ada + Nik at London Collections: Men with co-designer Ada Zanditon. Knowing him, there are many more surprises on the way.

You’ve accumulated many titles to your name now. What’s your answer when someone asks what you do? Do you have a condensed answer?

I get this question a lot, but I don’t think anyone should be defined by one thing or confined to one vision. I’m a creative. It’s a broad term, but I just happen to be a multi-platform creative, whether it is across fashion, film, music or through words. The people I really admire are of a similar ilk—look at Karl Lagerfeld or Tom Ford for example—granted, they are both primarily known for design, but both are photographers, style icons, filmmakers and the list goes on.

Why should anyone limit themselves? I’m finding that there is an entire generation of creative entrepreneurs emerging in the same way—working across different platforms, essentially creating a brand “me” and sharing their experiences online through it.

Do you tend to keep a mental checklist of the different areas of fashion you’d like to explore or do you find that one thing sort of leads into another?

Exploration for me has always been an innate personality trait. I want to keep pushing boundaries and sometimes it is strategic, but mostly it is organic. When you’re driving the bandwagon, the path you take can change and evolve.

You studied Law and French in school. How did you make such a drastic career change and find your footing so fast in fashion and everything else?

I was 16 when I made the decision to study Law, because I didn’t really know what else I wanted to do at that age and I figured it would be a good starting point. I was so sad that I couldn’t study French anymore because I was obsessed with the language and the culture (from fashion to art and literature to food), so I asked to change my major and supplement it with French.

When I graduated I knew that Law wasn’t for me, so I started interning in a major creative agency and it all went from there.

If you could peek inside any film character’s wardrobe, past or present, whose would it be?

Self-branding is such a powerful tool nowadays, especially with the advent of social media and blogs. What advice would you give someone who’s looking to build their brand in fashion that way as designers, models and photographers?

If you want to achieve success in your field, you need to be fully in control of what is out there. The sooner you start thinking of yourself as a brand, the better. There are too many brilliant creative people out there who have zero business or marketing acumen that has resulted in little career success.

What was the idea behind KARLISMYUNKLE when it first launched? Were you simply sharing content that you found interesting or was there a greater, overarching goal? Did you have any idea it would become quite so big?

There was no goal. People like what I like and I also have access to a lot of insight that can’t be found online. The people that read KARLISMYUNKLE are predominantly smart and creative individuals who are looking on an industry insiders’ perspective.

I started it at 3am about four years ago because I felt the intense need to express my opinion on a certain Darren Aronofsky film. There was no strategy. There probably should be now!

What was the most difficult thing about getting Ada + Nik off the ground that you maybe didn’t anticipate?

Ada + Nik was a little bit more planned. The only thing we didn’t anticipate is how quickly it would gain traction and grow! We’re showing officially at London Collections: Men in January 2014—which is our first full blown catwalk show, event and collection. We’re working with various major brands including Philips, Samsung and Snow Queen Vodka to bring our creative vision to life through film, tech and creative content and I have literally never been so excited.

Is this something you wanted to do for a long time?

Yes in a way, but it was always a matter of finding the right person to do it with.

What were some things that you and Ada saw eye-to-eye on right from the get-go? Can you talk about those initial conversations and some inspirations?

Ada and I have known each other for four years. We met at Paris Fashion Week in 2010 and clicked immediately. I never would have guessed that we would be where we are now, when we were at some karaoke bar in Le Marais.

From a design standpoint, I was immediately drawn to her technical construction and noir aesthetic. We were at dinner in January this year and I asked Ada, “When are you going to do menswear?” Her completely deadpan reply looking directly into my eyes was, “When you do it with me.” That night, I went home and created a set of moodboards, a brand vision of what our lovechild would look like and where it would fit in. The rest is history.

Do you find that you’re most deeply invested in building your menswear label because it’s new and it’s your own baby? Is this a line that you foresee continuing to develop for a long time to come?

In everything else that I have done to date creatively, I have been answerable to someone else. As someone who was probably too entrepreneurial for their own good (even as a child), I needed to do something where I was the ultimate boss (or at least joint boss!), so I am absolutely beyond deeply invested in Ada + Nik. It feels like I have found my calling to be creative across various platforms—design, campaign, brand strategy and vision.

Do you have any plans to come out with a women’s and/or accessories line?

Womenswear, no—Ada Zanditon already exists! Having said that, a lot of our pieces are definitely wearable by women and we’ve got a couple of big pop stars wearing our shirts as dresses, etc. which is awesome and exactly the type of broadening that I want to achieve with Ada + Nik. Accessories, definitely. We’re collaborating with YashkaThor this season on a conceptual hat that you will see unveiled on the catwalk in January.

What does our future pop star look like? And who’s paving the way right now?

How do you navigate your overall trajectory and see things in terms of the bigger picture when you’re doing so many things at once, all the time?

I try and make everything as cohesive as possible. Variation in life is a good thing. I could never go back to a 9-5, but I like to challenge myself as much as possible. I have goals for where I want to be in 3, 5, 10 years time, but as I’ve learned, this is always subject to change!

Louis Vuitton hired you to model their new Chapman Brothers’ collection. Is modeling something that you’ve always enjoyed doing?

Ada + Nik might be my baby, but I am such a huge fan of so many other brands. Louis Vuitton is one of my ultimate favorites. Heritage (as with anything) draws me in immediately and the richness that comes with LV is unparallelled, so it was a complete honor.

I love the experience and the clothes. I’m always happy to be the subject of someone’s creative vision, especially my own, but for obvious reasons it is something we are holding back for Ada + Nik right now!

What do you remember about your first modeling experience?

It was actually quite sweet. I was interviewed by a blog and didn’t have any nice photos to go with the article. I must have been 21 or 22, so I asked my friend to take some photos of me as she was just getting into photography—so really it was for editorial before anything else.

How has your style evolved over the years? Are there very specific influences be it designers, your parents or other people in your immediate life?

I was quite preppy in my early teens as I went to an all boys private school. I started becoming more rebellious in my late teens, when I was obsessed with vampire fiction and nu-metal, so my style evolved to extortionately baggy jeans and punk rock t-shirts with spiky hair.

I suppose over the years my style has become more refined to a noir aesthetic that you see a lot of in Ada + Nik. I can also finally afford the brands that I would only dream of wearing and working closely with brands that I love helps on that front too. I will always be a huge supporter of emerging talent, so try and hero this as much as possible. For example, I am currently the muse for a graduate student’s collection which is designing based on me.

My mother always looked after us as kids from a fashion perspective, so I have a lot to thank her for and if I am brutally honest, there is a boy in New York who helped me find myself creatively too.

Who are the best dressed man and woman right now?

Carine Roitfeld, forever. Tom Ford, although I’d like to see him in something other than a suit. Jared Leto is also incredible and the ideal Ada + Nik man. My friend Natalia Kills is a monochrome princess who has the most beautifully natural and effortless sense of style.

What trends should we expect on the runway and streets in 2014? If you don’t care for trends, what would you like to see go away?

You know me too well! It isn’t that I don’t care for trends. I care for timelessness. I am a purist and an investor in fashion, I would prefer to buy one pair of $1,000 shoes than twenty pairs of $50 shoes. It is not only better for the environment, but for society as a whole. I don’t deal too well with overtly disposable fashion and that is where trends come in. Invest time in finding out who you are and then shop for that, alone. Consistency shows confidence.

FAVORITE RESTAURANT: I really like the Strip Bar at Malmaison right now.

STYLE ICON: The lovechild of Sid Vicious and Hercules.

BEAUTY TIP: You are never too poor to go for a run.

LAST FILM I’VE SEEN: I just re-watched Francois Truffaut’s Jules et Jim as I am working on a conceptual film based around it in 2014.

MODEL OF THE MOMENT: I am more into beautiful creatives right now and in love with illustrator Nikita Andrianova.