The MCU mainstay on his father’s cloaked history, the on-going fight to live as we want, and what it means to “bleed” for the camera. 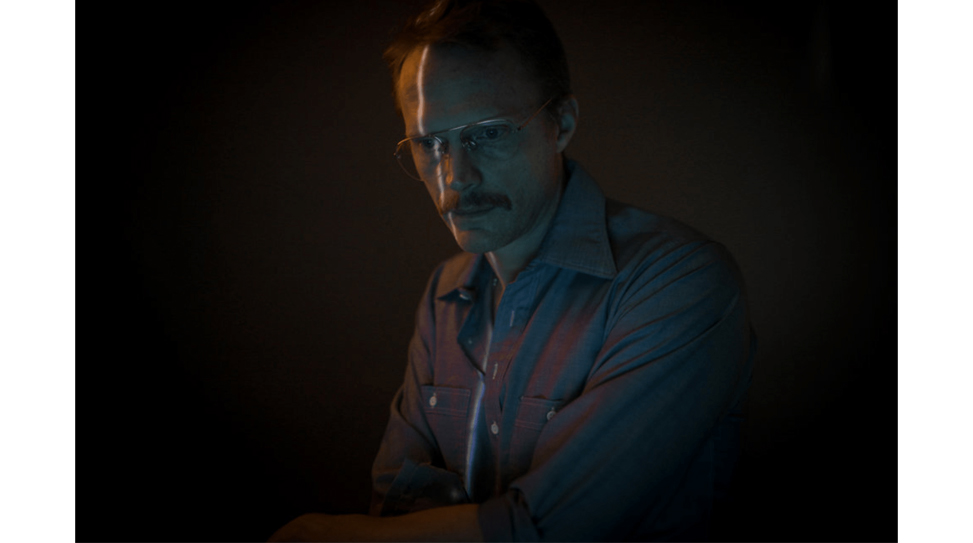 I don’t think we’re gonna be done until everybody can live as they want. I’m optimistic. But I think it’s going to take time and we’ll never stop fighting for it.

It’s inconceivable: just prior to being offered the role of Vision in the Marvel Cinematic Universe, Paul Bettany was told that his career was over. “I had just had a meeting with a producer who said, ‘You’re done—you’re done in this town.’” After a shouting match with the unnamed producer, Bettany left the office so riled up that his legs gave way. “I stepped out into Hollywood and sat on the sidewalk with my feet in the gutter and thought, ‘Fuck me.’” But fate intervened for the 49-year-old actor. “My phone rang and it was Joss Whedon and he said, ‘Do you want to play Vision in the next Avengers movie?’ I looked up to heaven and thought, ‘Karma’s very quick these days.”

Twenty years after blazing onto the scene as the screenwriter behind American Beauty, Alan Ball is back with his second feature directorial effort Uncle Frank—after 2007’s Towelhead—and by all measures, Bettany is the primary reason to watch it. It’s a welcome contrast from the louder projects the London native has taken on more recently, such as Solo: A Star Wars Story and the aforementioned superhero franchise.

It’s 1969 when we first meet the titular Frank (Bettany) at the bustling, small-town Southern home of the Bledsoe family. In four years, his adoring niece Beth (Sophia Lillis) would, too, leave South Carolina to study at New York University, where Frank is a literature professor.  In her early stretches in the city, Beth learns something new about her never-married uncle: Frank is closeted and has been in a cloaked living arrangement with his longtime “roommate” Wally (Peter Macdissi) for ten years. Wide-eyed Beth is no doubt surprised by this, but she’s also immediately accepting and keeps the secret to herself.

When Frank’s bigoted, rage-case father passes away, the trio road trips to the Deep South, during which time the film slips into his memories of a long-buried tragedy involving a first love and the psychological, hell-raising abuse he received at the hands of his late pops. Back home, a painful family reunion awaits Frank, who never got over his own self-hatred. So, too, does an open invitation to fall off the wagon again for the recovering alcoholic, who has spent his adult life self-medicating to alleviate the pangs of orbiting an ultra-conservative and religious family to whom he’s stayed closeted—although they’ve always managed to voice their tacit disapproval of his being “different” anyhow.

As for Bettany’s own evolutionary tract, it comes back to that divine intervention from earlier: the long-awaited WandaVision, the first of several MCU TV spin-offs set to unspool on Disney+, has been confirmed to premiere on January 15, 2021.

I remember one interview where Alan Ball had said that you understood this project on a very cellular level from the outset. In what ways was Uncle Frank personal to you that made it really resonate?

Yeah, it’s really personal to me. I read it and I got on the phone with him and we had a beautiful phone call. But my first question was, why me in this role and should it be me? We had a really honest conversation about that and, in the end, I think we came up with some pretty compelling reasons as to why I could be additive to the story.

My father was a closeted gay man. He came out of the closet at 63 years old and had a nearly 20-year relationship with a man, who I believe was the love of his life. When that man died, the dogma of my father’s Catholicism kicked in. He went back in the closet and refused to acknowledge this 20-year period. Consequently, he was unable to mourn the passing of the love of his life. When my father died, I was with him, and in his pocket I found a little glass vial of Andy’s, his lover’s, ashes.

I felt that there is a consequence to him not being able to live or to accept his life. I really never got to know my father, and nor did my mother and nor did my sister and nor did my brother, because he had very carefully curated a group of stories, of anecdotes, to take the place of a real-life history that he couldn’t really tell us. For me, it was to imagine—for anyone to imagine—a “what if?” or a happier ending: what if my father had got right with himself and not carried this shame to his grave? It’s sort of understanding or letting go—not of forgiveness, but placing yourself imaginatively in somebody else’s shoes, facing a similar predicament. He was frightened to unite these two very separate parts of himself. So that’s why it was personal to me.

There was a New York Times article just recently about kids who end up in foster care after being kicked out of their homes. The statistic is that, in New York City, one out of three kids are LGBTQ. My hope is that movies like this find them, if it can provide some reassurance.

I agree with you. I read that article, too. Alan and I actually talked about that article. I think the film is meant for anybody who has ever felt that they can’t live their life as themselves because of exterior pressures, whether that is the social malaise in society or about enduring the time that they’re living in or from family pressures or religious pressures, as it was for my father. So yes, I hope it is soothing and comforting for all sorts of people.

Uncle Frank is ultimately about healing, and we do get the sense that, despite some of Frank’s family not being totally accepting of him even to the last moment, he is still a part of this family. And although the movie takes place in a time when things were quite backwards, more so than it is now, watching Uncle Frank does make you wonder how far we’ve actually come. Do you think we’ll ever make enough progress in our lifetime to feel like it’s enough?

I don’t think we’re gonna be done until everybody can live as they want. So whether we’re going to achieve that in our lifetime, I very much doubt it. But are we trending toward a better place? I think so. Alan, who is older than I am, definitely feels that way. And it doesn’t mean that anybody should let up on the hard work in getting there. So yes, I’m optimistic. But I think it’s going to take time and we’ll never stop fighting for it.

I just want to add that as somebody who identified with the movie in many powerful ways, Frank to me—and your portrayal of him—feels as much like a superhero as Vision is in the MCU. I wonder if you had some idea that this project might hit audiences in that super rare and profound manner.

You know, I didn’t. I found him very moving, and it really helped me. I think it’s a really beautiful relationship that he has with Wally. Wally just accepts him for who he is, what he is about—the polar opposite of him. Wally is just sunlight and sunshine and expressive. Frank is retentive and bottled up. The reading of the will is the sort of uncorking of him. When he returns to South Carolina, he starts drinking ‘cause he’s kept down his feelings, keeping that cork in. Then he is outed by his dead father from beyond the grave, and it is the two halves of his life come crashing together in the same place and he’s exposed. That is what I was trying to portray and I think a lot of people live with that. Hopefully it will strike a chord with a lot of people, and I’m really glad that you were touched by it. It moves me that you were touched by it so I thank you for your words.

You’ve previously gone on the record to say that when this script was first in front of you, your initial reaction was to not engage with it. I believe you used the word “terrifying.” Do you see some truth in what actors sometimes say, that when a script or a role scares you, it’s sometimes a good clue that you should take it on because it’s hitting you hard or it’s so personal or you know it’s going to be challenging?

Yes. There were a lot of reasons as to why I was kind of nervous about it. I asked it: why are you casting me, and is that okay? Do I have experience that is uniquely useful to you in realizing your vision as the director? In the end, I’m balancing into the decision that there was. You know, it’s for other people to say. But I’ll say this: as a I get older—beyond this conversation that we’re having—I need a compelling enough reason to go to those places emotionally as myself. It’s different at 20 years old—when you’re standing, pretending to be somebody else in front of the camera and going to some dark place from your childhood—than it is at 50 years old when you have a wife and three children and a cat and a dog. You’re like, “So, what, I’m gonna have to think about my dead brother in front of a crew and a camera to make people believe that I’m this person? And now I’m gonna go home and my mental health is gonna be challenged for the next number of days because I’ve picked this scab that’s gonna hurt and I’m gonna have to heal myself again?” One sounds really pretentious talking about it, but it’s hard, actually, as you get older! [laughs] It’s hard to bleed. So I need a good reason to do it, and I think we found one.