Looking back to the early days with the X-Men: Days of Future Past star in Los Angeles. 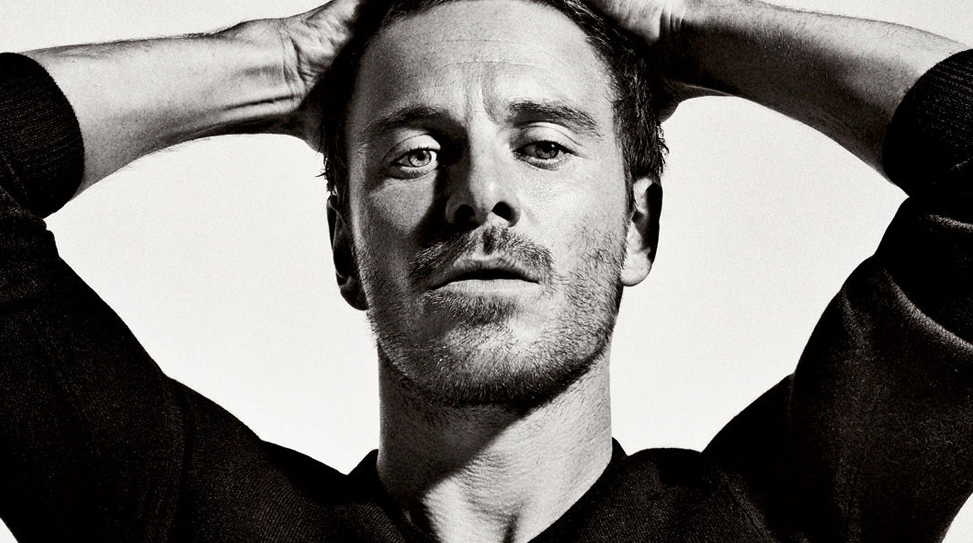 Michael Fassbender is one big paradox. On screen, the mild-mannered 37-year-old projects the smoldering confidence of a Daniel Day-Lewis or Clive Owen. In person, with his slight brawny frame wrapped in a loose-fitting t-shirt, he seems far less robust. Sitting down for our interview, it becomes rather obvious from the get go that he’s the absolute antithesis of actorly pretension. Bursting at the seams with charisma and charm in equal measures, the Irish-German actor speaks as candidly about his past as a struggling actor living in London as he does about working with Quentin Tarantino on Inglourious Basterds.

Fassbender isn’t one to shy away from giving up everything for the camera—both in a literal and figurative sense. He shed a staggering 30 pounds for his breakout role as I.R.A. prisoner Bobby Sands in Steve McQueen’s Hunger in 2008. Not surprisingly, he continues to confound expectations by ducking stereotypes in favor of roles that skirt the edges. In Andrea Arnold’s Fish Tank, which nabbed the Jury Prize at Cannes Film Festival in 2009, Fassbender plays a married man who seduces a 15-year-old girl. Next up are Jonah Hex and Single Shot where he’ll appear alongside Hollywood heavyweights like Megan Fox, William H. Macy, and Forest Whitaker.

I think you’re one of the most exciting actors to surface in recent memory. You’re going to be a household name within the next few years. I have no qualms about that.

Jesus. [Laughs] Thanks, man. Thank you very much!

Certainly! Can I ask you about your pre-industry background? What were you doing before landing your first gig on the TV show Band of Brothers?

I went to drama school in London. I was actually involved in a play straight out of drama school—Anton Chekhov’s The Three Sisters. I was also working a nightshift in a warehouse at the time. I did that for about three months before deciding that it wasn’t a good idea because I was sleeping all day. Then I landed auditions for Pearl Harbor and Band of Brothers within the same week. I managed to book the Band of Brothers job, which was pretty amazing.

Doing stage work in London, how do you then go onto land auditions for such high-profile projects?

It has a lot to do with luck! It was a hit-and-miss thing for a long time for me actually. It’s a strange process—coming into sterile rooms, standing on an X-spot, and trying to hit all the notes. It’s only been in the last four or five years that I really became comfortable with it. I definitely knew that I had to master the skills of working in front of the camera. I had gotten very comfortable working on stage.

Your career really took off in 2009 following the success of Hunger. I’d imagine that film opened up a lot of doors for you.

Absolutely. I think it came just at the right time for me. I was working fairly regularly, but with that film coming out and the success it received at Cannes, it really helped me and allowed me to meet really interesting filmmakers.

Your portrayal of Bobby Sands in Hunger was quite controversial and more recently in Andrea Arnold’s Fish Tank where you play a married man who has sex with a 15-year-old girl. Are you attracted to controversy?

It’s definitely important for me to keep challenging myself and take risks. That’s the most exciting thing about my job. I just want to learn as much as I can. I definitely like to do things that scare me a little bit, but I don’t necessarily seek them out. The thing with Fish Tank is that I wasn’t given a full script, so I didn’t know what was coming exactly. But I had seen Red Road and knew that Andrea Arnold was a fantastic filmmaker.

Committing to a film without reading the screenplay seems pretty gutsy and adventurous. I have a hypothetical scenario for you. You read a brilliant script, but a no-name first-time director is attached to it. Then you read another script that’s just so-so, but an iconic filmmaker wants you. If the shooting schedules overlap and you’re cornered into choosing just one, what do you do?

Well, that’s the problem. It really depends on what kind of mood I’m in. I would have to meet the first-time director and if that person really inspired me, I might choose that first screenplay. It really depends on the circumstances. I just trust my gut feeling. Something in my gut will say, “This one feels right.” The character and the story would have to challenge me… That’s a very tricky scenario to be in! Ideally, I would ask the first-time director to wait for me for a couple of months. [Laughs]

You’ve been splitting your time filming both art house films and mainstream blockbusters like Zack Snyder’s 300 and Quentin Tarantino’s Inglorious Basterds. What’s your current perception of Hollywood and the film industry in general?

I think the industry can be quite pressurized at times. The idea of success and fame seems to be very prominent. But I try to forget about things like that. You’re constantly made aware of a certain list and where you are on that list. That’s where madness lies and I try and forget about things like that. You have to concentrate on your work because everything else is a distraction. I know that mistakes are inevitable. I’m going to make a lot of mistakes along the way. I’m just trying not to get too carried away, you know?

I understand that you recently wrapped on Jonah Hex. What are you working on now?

I wrapped on Jonah Hex in May. I’ve been reading a lot of scripts. I actually found a script over the summer called Single Shot, which really excited me. We were hoping to begin shooting in October, but with the economic climate being the way it is at the moment, financing has just come through now. It looks like we’re set to start shooting in January. I’m sort of champing at the bit to get started. I’m ready to go! [Laughs]

What was it about Single Shot that excited you?

A lot of the time when you’re reading a script, it feels like you’ve read it before because there’s a formula in place. The journey of the characters can get predictable. But with this, I loved the way the dialogue moved. It was unusual and it had me intrigued. I wanted to know what would happen next. The characters involved are, again, flawed. There’s no clear hero or villain. It’s quite ambiguous. I just felt that there were a lot of things that felt unusual. It struck a chord with me. And I had seen Down In the Valley whenever it came out and I remember thinking the same thing when I saw it—“Wow, this is an unusual film to come out of Hollywood.” I felt like it was a formula I had seen before, but with a different edge to it.

I read somewhere that you started your own production company called Peanut Productions. Can you talk a little bit about that?

It’s no longer in practice, actually. I think that name is gone now as well. Somebody has copyright on it. I’m trying to set up another company, but that was something I set up when I was 18. I loved Reservoir Dogs, so I just called it Peanut Productions. I’m hopefully forming a company soon and developing my own ideas. I have to find a name for it though. I can’t think of one. If you have any ideas…

That’s a lot of pressure! I think I’ll have to get back to you on that.

[Laughs] Simple is best, I suppose…