It might seem fatuous to point out that when it comes to Alejandro González Iñárritu’s uncommon films, tragedy underpins almost everything—but this is an enduring thought. Following up on his Academy Award-nominated film, Babel, the 47-year-old Mexican director hits another career high with Biutiful, which (not surprisingly) continues to pass some big, knotted questions across […] 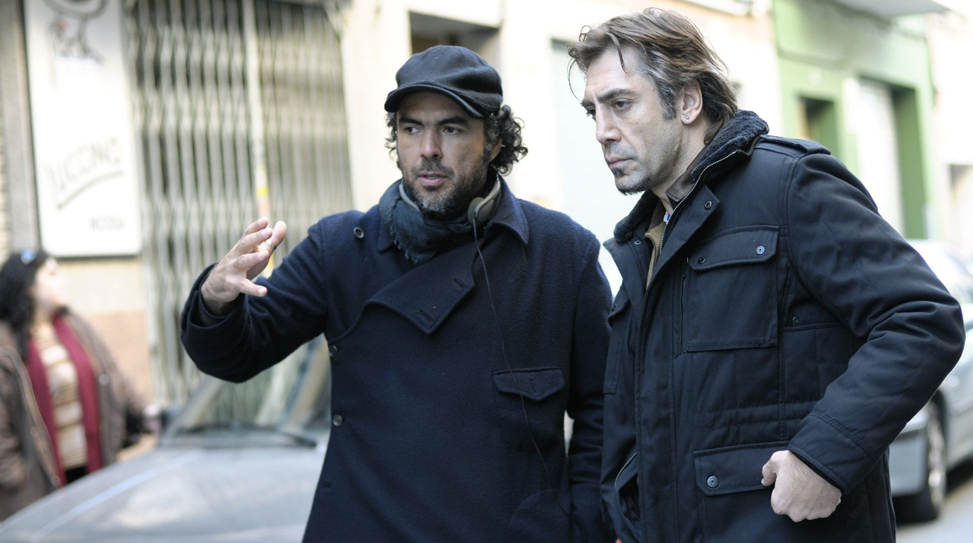 It might seem fatuous to point out that when it comes to Alejandro González Iñárritu’s uncommon films, tragedy underpins almost everything—but this is an enduring thought. Following up on his Academy Award-nominated film, Babel, the 47-year-old Mexican director hits another career high with Biutiful, which (not surprisingly) continues to pass some big, knotted questions across our perceptual apparatus: Why do we hurt the ones we love? Is there an afterlife? What is it to step into someone else’s shoes, and how does that shape the way we see and are seen? Biutiful is a tragic—at times uplifting—melodrama that surveys the life of Uxbal (Javier Bardem), a loving father who races against time to tie up the loose ends in his disheveled life when he’s suddenly diagnosed with terminal cancer.

Anthem sat down for a pot of tea with Iñárritu one cold winter afternoon at the Mercer Hotel in New York City and discussed life, death, and Hollywood.

Biutiful finds its limited release in New York and Los Angeles on December 29.

We first met during the shoot of “Anna” at Anonymous Content in 2007, which seems like ages ago. Were you happy with how that short film turned out?

It’s been awhile! It was a tricky shoot, but I liked the end result. It was very difficult to get it in one take. It was much more complicated than I had thought.

It’s very beautiful and also quite melancholic, which I think very loosely sums up your oeuvre. Why are you so taken by dark melodramas?

I think it’s the stories that find you. It’s not so much that you find the stories. I guess I have plenty of ideas rolling around my head like any other person, but I do tend to respond more to things that are uncomfortable because I want to challenge the viewers. When I develop ideas, it’s always the uncomfortable things that take center stage and become the most important elements of the story. And it’s never, “Ah, this is the story!” Developing ideas takes a very long time and it’s an arduous process for me. I don’t have a set method for it. It’s quite random and really chaotic to be completely honest. When the right characters, stories, and themes find me, I’m under its command. It turns into a relationship.

You’re certainly never bereft of ideas or daring concepts. How did the story for Biutiful find you?

With Biutiful, I wanted to ask a timeless question: What happens after we die? That’s the metaphysical element of the film, the spiritual aspect of it. In the beginning, that was what drove me to write this story. It also had a lot to do with me being a father, and having wanted to tell a story about a father’s relationship to his two children. I wanted to explore what might happen if the father learned that he only has 2 months left to live, and that took the film into the thriller genre a little bit where this clock starts to tick. I wondered what kind of race that would be like. And then I placed all of those things within the context of the world we live in. I wanted to incorporate things like immigration and the power of capitalism. There are a lot of social problems plaguing the world that I wanted to shape some dialogue around. Everything is encapsulated within a specific moment in time that is familiar to us.

Death seems like a very prominent, recurring theme in your work.

I honestly feel that this film is more about life. It just so happens that the film is observing a man’s life at the end point of his life. His death is just a small fraction of the story. And although you sort of learn that he’s going to eventually die early on, I don’t want to say that it’s predictable—it’s inevitable. I see the film as a requiem, a celebration of life as opposed to mourning. Even when Uxbal thinks that all is lost, he somehow finds love, redemption, forgiveness, and passion. He’s able to reflect on his life and know that it meant something. I really hope that people will watch this film and find it to be life affirming more so than bleak and dark. I tried to make a film about life, but maybe I didn’t succeed. [Laughs] I called it Biutiful for a reason.

I’m sold on those points. Was Uxbal written specifically for Javier Bardem?

Yes. I know him very well and we’ve wanted to work together for some time. That was a difficult decision. It’s always a risk when you write with someone specific in mind like that.

I can’t think of anyone better suited for the role. The two kids who play his children in the film are remarkable as well. What’s your approach to directing young actors?

You really need to create the right environment for them, a safe environment. I don’t treat them like kids because they will then behave like kids, which doesn’t help when you’re working. They have to play characters just as much as the adult actors do. I’ve found that if you treat them with respect, they give you what you need. And it’s important to keep the directions very simple and straightforward. If you overcomplicate things, that will only confuse them. If you ask them, “Can you remember a time when you felt jealous?” they will understand immediately.

When Hollywood executives try to recruit you for movies, what sort of projects do they normally pitch?

Normally action flicks or comic book movies. I’ve actually read some screenplays that weren’t all that bad. I obviously feel very fortunate to be able to continue developing my own personal projects that get financed. I can exercise complete creative freedom. I would love to find a project that’s developed by someone other than myself one day, but when that happens, I would be more like a carpenter building this thing that I had no hand at designing. It would be something quite different. The reality is that I like to make films about human beings, emotions, and social conflict; things that the studio system tends to shy away from.

I totally understand if you want to dodge this question, but can you name some of the films that you’ve passed on?

[Laughs] I’d rather not name any specific materials out of respect to the writers and the people who worked on the films. When they make offers like that it’s really flattering because they do it out of appreciation for your work. They see potential in you and know that you’ll bring something different to the table. I happen to work on films where it seems like 30 people have to die in order for it to get it made. I need to justify everything as a filmmaker: Why am I using black-and-white here? Why is this person good or bad? Why does this film need a happy ending? The things that I personally find bleak are comforting and safe to a lot of people. I don’t like this sugary Starbucks world of coffees and lattes. I want to make films that are about real life, and I want it to be about people making deep, meaningful connections with others. These are the kinds of things that I find myself getting lost in.

Biutiful was shot in Spanish, so there are obviously subtitles. What’s your take on mainstream audiences in the U.S. who might potentially shy away from seeing the film even though you’re a name director here?

I think it’s much more profound than that, I don’t think it’s just about the subtitles. But this is definitely something that I’ve been thinking about a lot. It seems to have much more to do with the idea of “otherness.” When I go to other countries and experience cultures that are different from my own, it gives me a better perspective on who I am. I use those experiences as mirrors, and I can see myself very clearly. It always leads to the conclusion that, at the end of the day, we’re all human. Perhaps there are people out there who aren’t able to see themselves in others solely based on the fact that this person or that person looks different or speak a different language, which I can’t identify with. I find it very problematic and scary. And I suppose that’s why Hollywood keeps remaking these amazing foreign films like Let the Right One In and the amazing Argentinean film that won the Oscar last year.

The Secret in Their Eyes.

Right. And you also have The Girl with the Dragon Tattoo. Why do film studios continue to remake these great films instead of cultivating people’s interest in foreign cinema?

I’m sure it boils down to money, star power, and accessibility. But I like this “otherness” idea that you brought up.

It’s like Hollywood sees these movies and thinks, “No, that’s not us. Let’s cast white people and set the story in our geography because people won’t be able to connect with these foreigners.” That’s an incredibly shocking fact. I really don’t understand that whole thing. Isn’t it more profound when there’s an element of surprise? Don’t people want to discover something new that they’ve never seen before?