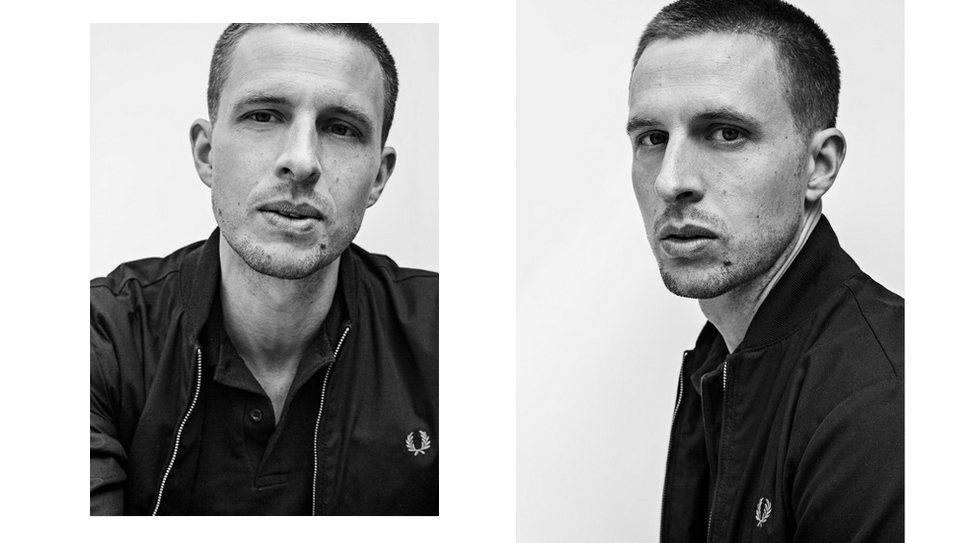 I really have to know that the director will be there to save me if I get lost. And I will get lost sometimes.

Five years ago, Anders Danielsen Lie made his Cannes Film Festival debut with Joachim Trier’s Oslo, August 31st, about a day in the life of a recovering heroin addict who briefly steps away from rehab for a job interview and to reconnect with old friends. It was a head-turning performance and people took notice, including Cate Blanchett who got her American agent on the phone straightaway, urging her to take the 37-year-old Norwegian actor under her wing. And she did. Danielsen Lie returned to Cannes this year with Olivier Assayas’ Palme d’Or contender Personal Shopper, a supernatural ghost story set in the fashion world of Paris starring Kristen Stewart.

It’s a little known fact that Danielsen Lie made his onscreen debut at just 11 years old with Erik Gustavon’s Herman. It’s an even lesser known fact that he’s also a practicing medical doctor, which apparently gives him a leg-up in acting as much as Blanchett did. “Successful medical work is all about good communication, to get on the same wavelength as the people you meet,” reveals the actor. “During the production of Personal Shopper, I had to find the right chemistry with Kristen Stewart right then and there, and this sort of reminds me of a doctor’s consultation. Being a doctor is about creating order out of chaos, while being an actor is all about losing control.”

Danielsen Lie will next appear in the Afghanistan-set TV drama Nobel playing a Norwegian soldier and return to the big screen with Mark Elijah Rosenberg’s Approaching the Unknown, a “mission to Mars” sci-fi thriller also starring Mark Strong, Luke Wilson, and Sanaa Lathan.

Was it your first time seeing Personal Shopper at Cannes?

It was my first time seeing it, but it also felt like I had already seen the movie a little bit. Even though it’s a very complicated film, both thematically and in terms of narrative, it still matched up with what I had in mind after reading the script for the first time.

Really? Nothing surprised you?

No, not really. To me, it was a continuation of Olivier’s Clouds of Sils Maria. That’s sort of what I had in mind after reading the script. As Kristen Stewart said in the press conference, this is about someone with an enormous identity crisis. But it’s also much more than that. It’s also an interesting exploration of repressed sexuality and isolation, and how that brings about an identity crisis. How much of our identity is rooted in sexuality? That’s one of the things that I liked very much about the script. Kristen’s character finds sexual pleasure in trying on her boss’ designer clothes…

Things that are “forbidden” as it’s referred to in the film.

Yeah, exactly. It’s a very messy movie in the best sense of the word. To me, it’s also a movie that’s very typical of Olivier’s style. I was very happy with the end result. The scene that I shared with Kristen turned out how I expected it to. I don’t think they changed anything in the edit.

It’s a pivotal scene, too. It’s the catalyst for one of the film’s big supernatural moments.

It is. There are many ways to interpret it. I wanted to deliver the scene quite dryly. I think that scene helps Kristen’s character get outside of her own head and reconnect with the world. We spent almost two days shooting that scene and did a lot of takes, coming at it from different angles. I think there were several different ways they could’ve gone with the scene in the edit and I think Olivier wanted to have the possibility to go in many different directions as well. But I was very happy with the takes he chose because they have that matter-of-fact quality I was aiming for.

So there was improvisation?

It was actually extremely scripted. We stuck to what was written in every single take. There were probably some minor adjustments, but not exactly improv. Every beat in a scene like that still has room for nuances and ambiguity. I could feel in Kristen’s performance that she could go in many different directions. What my character tells her could be a catalyst for different emotional reactions. I think this is quite important as an actor: not aiming for the perfect version of a scene but coming up with as many different variations as possible, especially with a scene like that.

It’s like theater. It’s two actors experimenting with the director in a contained setting.

Did you have a chance to bond with Kristen leading up to shooting that scene?

We didn’t really get to know one another. I was in Prague for just a couple of days and the shoot was almost at its end. Everybody was really exhausted by the time I came in. But Kristen and I’m not supposed to know each other in the movie, so that’s something you can use as an actor. Kristen is such a pro. She’s a great actress because she’s subtle and always trying to keep the conversation alive. Even though we’re sticking to the written version of the scene, there’s life between the characters because the spontaneity is always there. It can be challenging when you work on a scene for that long because it can get stiff and awkward, but that doesn’t happen with Kristen.

It just occurred to me that I’ve actually seen Olivier Assayas’ past four films, including Personal Shopper. He obviously has a singular voice. What was your impression of him?

He’s definitely the kind of director I like to work with. He’s very humble. He’s a very nice guy to be around. He’s a very confident filmmaker who doesn’t have to give a lot of direction. He prefers to direct actors non-verbally. If he hires you for a role, he has full confidence in you and bestows on you full responsibility. If you’re feeling insecure and there’s something about the role you want explained, he’s okay to do that because he’s very articulate. But usually, he doesn’t want to over-explain or talk too much about the script, which is something I like very much. Sometimes people tend of over-analyze and that’s not always productive during the creative process.

How did you get involved with Personal Shopper?

Olivier contacted me directly. I guess he had seen Oslo, August 31st, which was quite successful here in France. He wanted me for this role and I highly admired him as a filmmaker. It wasn’t difficult to say “yes.” But why did he want me? I have no idea. You’ll have to ask him. He also works with casting directors, but he’s the kind of filmmaker where casting is part of the mise-en-scène. After Sils Maria and with Personal Shopper, he cast Kristen again as somebody’s assistant, a person who’s exterminating herself and her sexuality. There’s a tension between the fictional character and the real Kristen Stewart, the Hollywood superstar. It’s really clever and smart.

You made quite an impression with Oslo. Do you still keep in contact with Joachim Trier?

I can’t wait to see you guys collaborate again. Oslo was your second collaboration?

It was. The first was Reprise, which came out in Norway in 2006 and a couple years later in the U.S. We were at Cannes five years ago with Oslo in Un Certain Regard and that was my most important role. It opened up a lot of doors for me in France. I never would’ve worked in French cinema if it wasn’t for that movie. On Oslo, we kind of drew from our five-year friendship. When Joachim and I first met on Reprise, we didn’t now each other and we had a slightly different way of working. Usually, Joachim is the kind of director who likes to talk a lot with his actors. He’s the opposite of Olivier in that sense, although they’re both extremely articulate. On Oslo, I felt like we knew each other so well that we didn’t need to talk so much.

You guys had a shorthand by that point.

Kristen said the same thing about working with Olivier a second time on Personal Shopper.

It’s exactly the same thing. You go through the long process of getting to know each other. When you work intensively, the communication gets more telepathic, which I guess is appropriate to say here considering that Personal Shopper is a supernatural ghost story. [Laughs] You can almost communicate with facial expressions alone, you know? I’m the kind of actor who very much believes in that kind of stuff. I think great filmmaking can emerge from long friendships.

Does that kind of close friendship with your director pose any risks or is it all good stuff?

It’s mostly good stuff. For me, it’s very important to be confident in directors and trust them because that gives me the freedom to explore something that can be a little bit scary, you know? Getting into the process in which you’re not exactly sure what you’re doing, stepping out of your comfort zone, and daring to lose control takes a lot of courage. I really have to know that the director will be there to save me if I get lost. And I will get lost sometimes.

You have the sci-fi actioner Approaching the Unknown coming up, as well as a TV series called Nobel. You seem invested in tackling different kinds of projects. Is it very intuitive?

That’s a good question. I’m thinking more and more now that I want to do something different. In This Summer Feeling, I played a sad guy as I did in Oslo. There’s a certain risk that you’ll get typecast and I want to actively avoid that. Also, it’s important that I explore new territory and try to develop myself as an actor. Nobel, which is about Norwegian soldiers in Afghanistan, is an example of that. It’s something that’s very different from what I’ve done before.