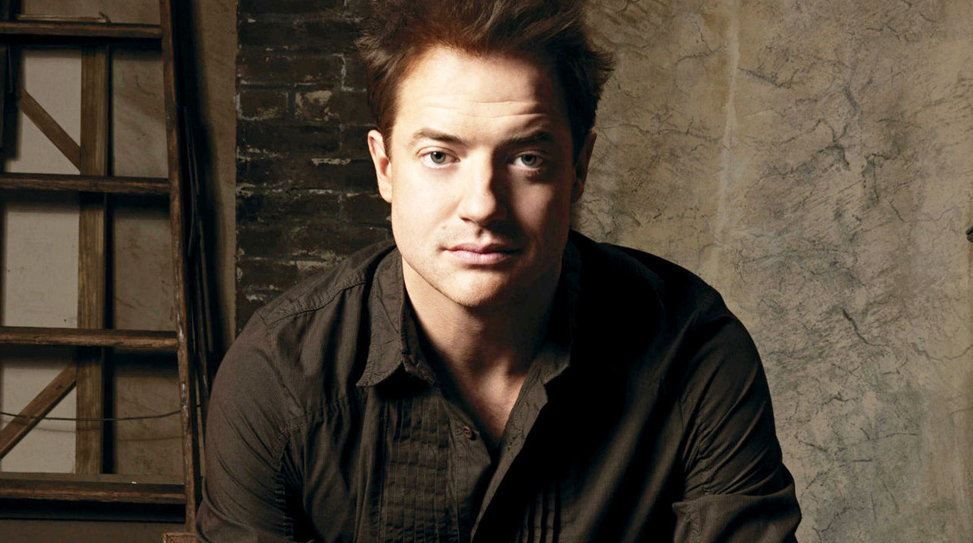 In reality, the cameras belonged to James [Cameron] and he used Journey to the Center of the Earth as a beta test for Avatar.

BRENDAN FRASER, JAMES CAMERON, JOURNEY TO THE CENTER OF THE EARTH, STAND OFF, TERRY GEORGE

Brendan Fraser’s charm rests strongly on his dopey handsomeness, which we first witnessed in the 1992 teen comedy Encino Man. His unmistakable knack for physical comedy served him well and served him even better five years later in Disney’s George of the Jungle. Fraser helped revive the “family movie” genre without selling an ounce of his soul and the family films kept on coming. Fraser had unknowingly become one of the most bankable and audience-friendly stars in the industry in the late ’90s and throughout the ’00s with obscenely lucrative blockbusters such as The Mummy franchise and the fog of special effects that is Journey to the Center of the Earth. The 44-year-old actor also cleverly stepped away from this goofball persona to explore more risqué ventures, flirting back and forth between CGI-heavy actioners and prestigious “low-key” projects: The Quiet American, Gods and Monsters and the Academy Award-winning ensemble drama Crash. Next up? Terry George’s heist farce, Stand Off, which is now playing in select theaters.

I spent an exorbitant amount of time at the movies growing up—I still do—and The Mummy franchise made a huge impression on me to say the least.

I appreciate you saying that! So what can I tell you? What would you like to know?

Having had the kind of immersive industry experience as one of Hollywood’s biggest commodities in blockbusters and smaller features like The Quiet American, how have your views changed as an actor, if at all?

As much as things change, they stay the same, as the saying goes. That’s what I’ve been told since the very beginning when I first started making films in the early ’90s. What I mean by that is: With each new innovation that comes along—not just technically, but in the way we tell stories in general—we always seem to look over our shoulders and to the past. This is just me speaking from my experience in the industry for the past 24 or plus years, but today, we’ve seen enough innovation that we’re really going back to what is most important in cinema—the story and the characters.

What excites you nowadays?

Again, I’ll have to say telling really great stories and the innovation behind making them. I’m not just saying this for bragging rights—I swear to god—but Journey to the Center of the Earth was the first live-action 3D feature film stocked in a digital format. When James Cameron visited our set, he wasn’t bragging when he declared it as his prototype. That made some people on the crew go, “Huh? We thought we were the innovators here.” [Laughs] In reality, the cameras belonged to James and he used Journey to the Center of the Earth as a beta test for Avatar. That’s a fact. I sort of went on a tangent there, but what I want you to know is that we really have to care about whatever it is we’re doing. When a movie is as overtops as that, even when it’s one of the biggest blockbusters of all time, you can’t run away from telling a good story because, otherwise, it won’t work.

Now you’re here promoting Stand Off. What can you reveal?

This is a very personal story for Terry George [the director] and Belfast residents. Whole Lotta Sole—that was the film’s working title—is about a well-meaning, humble guy who’s in over his head and needs to get out of Boston really quickly. He’s the token Yankee—he’s from Boston so I guess that would make him a Red Sock—when he runs away to Belfast. He has family there, so that allows him to lay low and hide out in his cousin’s antique store. But it’s not so easy because he becomes entangled in a robbery attempt at the store by a local man who has to pay back a gambling debt to a mobster in town. We shot everything on location in Northern Ireland.

We couldn’t pull this off without a world-class director like Terry. He received an Oscar for The Shore, a short film he made that was also very personal to him. He has been ghostwriting in Hollywood for a long time, not to mention collaborating with colossal talent like Daniel Day-Lewis and Jim Sheridan. The list goes on and on. Terry’s influence in the industry has been broad in scope.

Did it help that Terry has an Irish background while shooting in Belfast?

Oh, absolutely. It absolutely did. He was an invaluable resource in that way; I can assure you. We shot in parts of Northern Ireland that a lot of other directors with a different background might have found much more challenging to gain access to. There were certainly some difficult things to accomplish, but we always knew that we were plowing ahead. Terry and I had a good sense of what we wanted to accomplish together with each new day. Sometimes it feels like you’re taking one step forward, two back, two forward, three back, one step forward… You come to understand that it’s all part of the process. Northern Ireland is a genre in itself. It’s a subgenre of a subgenre.

Do you want to know the secret, Kee? Are you ready for this? Actors simply want to work. That’s what really keeps us going.