A conversation with the breakout star of Another Earth whose epic triumph at Sundance was inarguably a triumph of good taste. 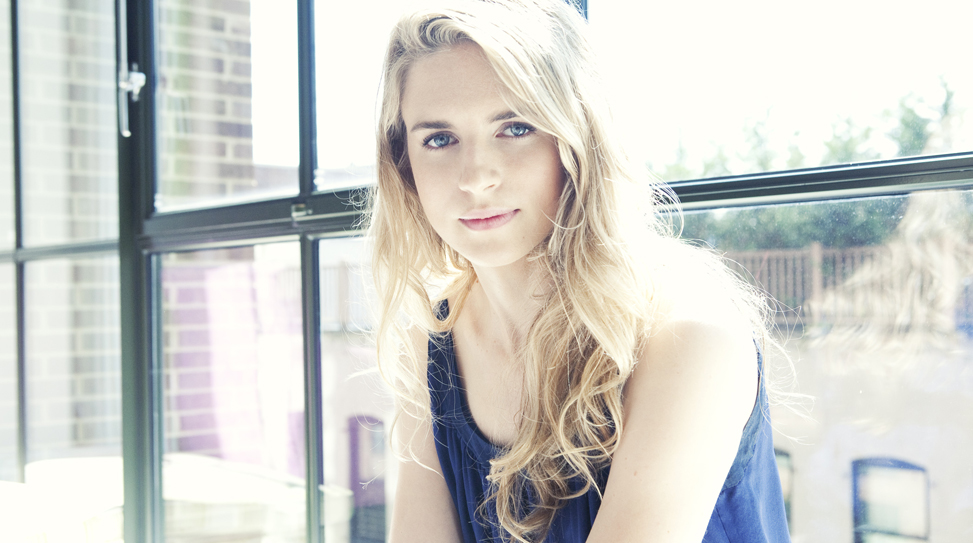 To say that Mike Cahill’s Another Earth stole the show at this year’s Sundance Film Festival would be a gross understatement. The high concept sci-fi drama not only picked up two coveted awards—the Alfred P. Sloan Prize for the best film focusing on themes of science and technology, and the Special Jury Prize in the World Cinema Dramatic Competition—it marked an indelible debut for Brit Marling, the film’s lead star, co-writer and co-producer. In fact, the 28-year-old is the first ever multi-hyphenate to have had two films premiere side-by-side at the festival (the other film being Sound of My Voice, which she also starred in, co-wrote and co-produced).

Another Earth hinges on the destiny of Rhoda Williams (Marling), a MIT-bound astrophysicist who, while drunkenly staring out of her car window at the sudden appearance of a new planet in the sky crashes into another vehicle, killing a wife and child, and leaving a broken widower behind the wheel. Meanwhile, scientists say that this new planet—provisionally dubbed “Earth 2”—promises a parallel reality to our own. Several years go by and Rhoda is released from jail. In the throes of her annihilating grief, she begins to stalk the man whose life she irrevocably changed forever and, under false pretenses, the two form an unlikely love affair.

As for Marling’s fast-encroaching stardom, she recently started production on Arbitrage, a financial thriller co-starring Richard Gere and Susan Sarandon. Also on the horizon is the release of the aforementioned Sound of My Voice in which she plays a cult leader who claims to have traveled back in time from the year 2054.

Marling recently sat down with Anthem at the Crosby Hotel in New York to reflect on her previous life as a financial-banking analyst and shed light on what she hopes to accomplish in her newfound career path as an actress.

Another Earth opens in select theaters this Friday with a national rollout to follow.

You had two very strong films that premiered at Sundance this year, both of which were picked up by Fox Searchlight. What was your festival experience like? Can you isolate a memory that, in retrospect, seems most significant?

I’ll tell you one memory that really blew my mind. The first screening of Another Earth was at Eccles, which is a huge auditorium, as you know. I don’t want to throw out a random number because I know it’s going to be wrong, but I think it seats almost a thousand people. Could that be right?

That sounds about right, yeah. It’s definitely the biggest theater at Sundance.

And it was packed! I think Mike [Cahill] and I thought we had made something very imaginative—something that would provoke people and make them wonder—but I don’t think we knew how deeply emotional it was. The response after the screening was overwhelming. People just leapt to their feet and started applauding. This really talented producer that I know peripherally came up to me afterwards and she was so moved by the film. I actually caught this moment where she had really opened up and there was no filter where you’re trying to protect yourself and stay guarded—she was just gone. She was crying, so moved, open and raw. It was like, oh my god; something greater than the sum of its parts might have just snuck into the film by no ability of our own. I think you just get lucky sometimes. I won’t ever forget the experience at that screening. It was really shocking to me, actually.

It must be difficult to pull off a high concept film built on emotional anchors and really complex characters. Did the sci-fi component come first when you and Mike first started cobbling the narrative together for Another Earth?

The sci-fi component did come first. Mike and I had initially talked about doing a feature that was made up of three shorts, each one sort of having a high concept sci-fi premise. But the more that we kept working on [the Another Earth] segment, the more we were like, this concept is so rich and there’s so much to mine here. We wanted to tell this story of a dual earth and the feeling of everyone here being there, and forcing a kind of confrontation. When we found the micro-drama within that, we started to daydream about what kind of person would be the most impacted by the possibility of confronting themselves. That’s when we dreamt up the character of Rhoda and this idea of a girl who can’t let herself off the hook for something.

You studied economics at Georgetown and worked at Goldman Sachs prior to making films and, subsequently, exploding at Sundance. Explain yourself.

What happened there, right? [Laughs] Well, although I studied theater in high school and was very passionate about it, I hadn’t known many people who were artists. I didn’t really know that you could act for a living. I guess that might sound strange because some people just come to the arts very naturally—it’s almost like they can do nothing else—but for me, as much as I loved theater, photography and writing, I didn’t necessarily know that I could make a living doing any of those things. Then, when I was studying economics and ended up interning at this bank, I got to a place where I thought you could very easily spend your whole life doing something that you don’t love. And I saw that there were other people who were really passionate about banking—they loved financial models and mergers, and loved waking up every day with the market putting the pieces together before anyone else—but I wasn’t one of them. I could see their passion for it, but I felt like I needed to figure out my own passion and just do that. That’s when I started acting again.

So you met Mike at Georgetown, right?

Yeah, Mike and Zal [Batmanglij], who directed Sound of My Voice, made a short film together called “Lucid Grey” and it screened at the Georgetown Film Festival—I know that sounds like a weird oxymoron, Georgetown being this epicenter of indie film. [Laughs] So yeah, we all met there. I saw a short that they made at the festival and it wasn’t like anything else that I’d ever seen. It was so colorful and rhythmic. The story was substantive and interesting. It wasn’t student filmmaking—it was elevated work. So I chased them down afterwards and asked, “Can I make movies with you guys?” and the three of us started making little movies together.

Watching Another Earth, it’s hard to believe that it was made on a micro-budget because it looks and feels so much like a studio production.

Sometimes I feel that when I go see big epic movies, I’m left wanting more substance and other times, I go to small independent dramas with a lot of substance and emotion, but without a lasting epic thing to ponder about. I think all three of us felt very strongly like, where are the movies that we want to see? I wasn’t finding them. Where’s that braid of the high concepts that shifts the paradigm of the way you think when you leave the theater and how is that married with a small substantive story that still says something about what it means to be human? I think with both Sound of My Voice and Another Earth that was really the goal. Let’s not think about the fact that we don’t have much money or be like, what can we make in an apartment in LA with a camera and like two actors? We thought, let’s write whatever our imagination takes us and then figure out how to make it from there.

Since you’re really new on the scene, could you talk a little bit about what you hope to accomplish as an actress and what kind of roles you’re interested in pursuing from here on out?

That’s such a good question! I think as an actor, the thing you’re always moved towards is creating a more complete illusion. Sometimes I have moments where I feel like I’m really doing my job and it feels like time travel—you completely lose sense of the future and the past, and you’re so dropped into the infinite moment that time just stretches out. That’s when you know that you’ve really lost yourself completely and it’s amazing. I think you’re always chasing that and looking to create that feeling more consistently so that it’s unbroken. I think the most masterful performances are complete illusions where you surrender to them and as a result, you’re totally swept away in the story and you just believe. Just like children believe that Santa Claus goes down every chimney in one night and delivers presents to everybody, I think acting sort of requires that same suspension of disbelief. You really need to throw yourself into it and be like, today I’m forty and have two kids and tomorrow I’m seventeen and I’ve never kissed someone before. You just have to believe with all your heart and surrender yourself. I guess that’s what I want to do going forth. I never want to take a part where I don’t want to give all of myself like, I’m doing this for this reason or that reason. I hope that with everything I take on, I give myself completely.

Do you think it’s possible that some people are naturally born with this affinity for acting? You seem to so perfectly embody the idea.

I feel like the thing that many actors have in common is that they really see identity as being ephemeral, that identity is just a construction that you can change very easily. I think the other thing that they have in common is an overdeveloped imagination, innocence, vulnerability and a willingness to be open and be affected by things. In that sense, I think if anybody’s willing to work on these things and want to, they can do it—maybe. [Laughs] I’m actually going to think on that for a little bit, I’ve never thought about that.<