A conversation with the star of 96 Minutes who’s starting to make some unexpectedly darker career choices. She’s pretty, blonde, blue-eyed, and not without thorns. 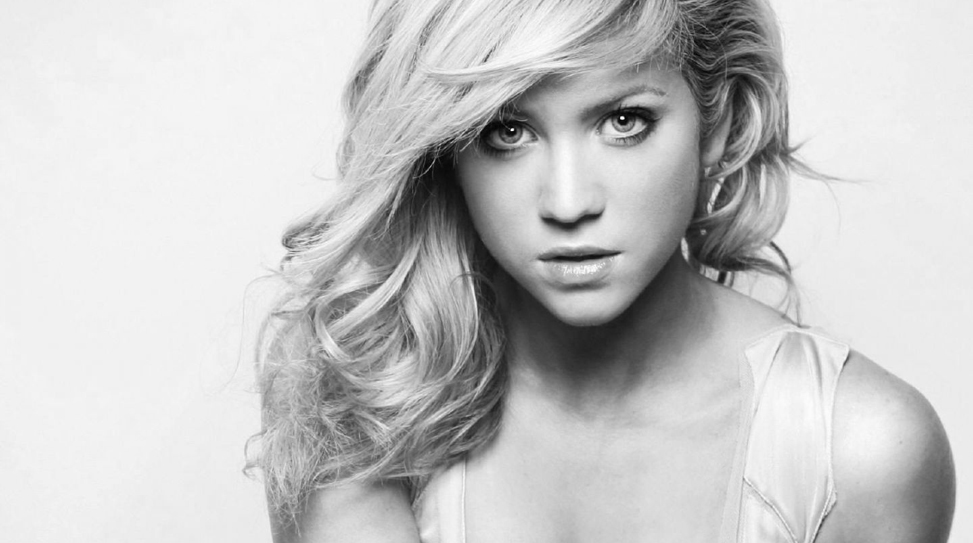 It's always really hard for me to see myself onscreen. It's never something that I like doing. It's very surreal.

96 MINUTES, BRITTANY SNOW, CLOCKTOWER, WOULD YOU RATHER

Brittany Snow is not yet a household name. In Hollywood, it’s easy to get lost in the stable of other blonde, blue-eyed actresses. But there’s a slight edge to the 26-year-old whose ferocious appetite for interesting work has seen her young career blossom. Perhaps best known for her lead role as Meg Pryor on the hit TV show American Dreams and Amber Von Tussle in the 2007 re-imagining of John Water’s cult classic Hairspray, Snow is just getting into her stride. Of her upcoming works, it’s projects like Would You Rather, which she stars in and executive produced, that makes us wonder if there might be an interesting second act in the offing for Snow. Here’s the premise:

In the wake of her parent’s death, Iris (Snow) struggles to make ends meet while caring for her terminally ill younger brother. Shepard Lambrick (Jeffrey Combs), a seemingly philanthropic aristocrat, expresses an interest in helping them. When he invites her to an exclusive dinner party, she accepts. Also attending the dinner party are seven other desperate individuals. They soon find themselves trapped in Lambrick’s mansion and forced to play a sadistic game of Would You Rather, where the winner will be awarded untold amounts of money. As the game progresses, the dilemma Iris and the other players face grow increasingly deadly.

Would You Rather has yet to see a release date in 2012, but this week sees the theatrical premiere of 96 Minutes, which also sees Snow push away from fluffy material that she’s most often associated with. Carly (Snow), a rich girl who’s reluctantly bound for law school, and Lena (Christian Serratos), recently stung by a cheating boyfriend, are two young women in the wrong place at the wrong time. The sudden victims of a violent carjacking, Lena is shot by the trigger-happy Kevin (J. Michael Trautmann). Held hostage by Kevin and his accomplice (Evan Ross), Carly desperately struggles to keep her friend alive and bargain for their release.

I started acting when I was really young. My mom actually introduced me to it when I was a kid. I started out in commercials, but when I was 12 years old, I was on a soap opera called Guiding Light. There was this scene where I was forced into a really emotional place and I remember getting this weird high afterwards. I had never felt anything like that before. I just knew that I always wanted to have that feeling. So you just forget about all the 12-year-old problems and just do your thing. I knew that I wasn’t going to be a dancer at that point, or a lawyer.

What are 12-year-old problems?

How did you juggle your adolescence with your commitment to acting?

It was probably a little difficult, especially when I was in school. It was hard to juggle being tutored on set and then also acting at the same time. You know, it’s always challenging to juggle a professional life with a personal one and figuring out how to balance the two. To me, not one is more important than the other. You need to have hobbies and friends, but you also need to be driven and apply yourself.

Is it still very difficult to watch yourself onscreen or does that get easier over time?

It’s always really hard for me to see myself onscreen. It’s never something that I like doing. It’s very surreal. It often feels like you’re watching somebody else, like a friend of mine or something. It does get easier over time in terms of judging what you look like, but as you get older, you learn to deal with it better. In terms of critiquing my performance, I’m never one to watch something that I’ve done and say, “Wow, that was really good!” I’m constantly wanting to do better.

How did you get involved with 96 Minutes?

I was given the script about 4 years ago. It was something that my agent had sent me and no one was attached to it yet. I met with the director, Aimee [Lagos], because I was blown away by the script. I kind of begged her to be in it because I felt so connected to the character and the story. I thought it was a really important story to tell. She told me that it was getting close to being made, but it went on the back burner for a while and I just kept with it for about a year and a half. When she called me again to tell me that she was going to start casting, that’s when Evan Ross signed on followed by Christian [Serratos] and J [Jonathan Michael Trautmann]. Now, it’s taken 2 years to come out, but I’m glad that people are finally going to see it.

Are you very structured when you prep for a role? Where’s the starting point?

My preparation work is probably a little bit more intense when I actually get to set because a lot of how I want to work is based on instincts and reactions. Preparing for this particular role was a little tricky because I was building a character that’s very sure of herself and empowered, but once she gets in that car and she’s at her most vulnerable state, I wanted everything to play out naturally. You can’t really research what somebody would do in a carjacking situation. I had to base it completely off of human instincts while it’s happening in the moment.

You cry a whole lot in this movie. What was the overall atmosphere like on set when the cameras weren’t rolling?

That’s the difficult part of filming a movie like this. I like to get worked up a little bit and put myself in a different head space. Evan, who is a genius, can go right from laughing hysterically to crying without even thinking twice about it. I can’t do that! [Laughs.] It was also hard because he kept making me laugh. We became such good friends and we would be constantly playing around. So it wasn’t a very intense atmosphere on set. As much as the movie is really sad, there were a lot of fun moments as well.

You hear about these actors who like to stay in character as much as possible throughout the entire shoot even when they aren’t filming. That just sounds so miserable.

I think that could be a good method for the right person. For me, there was absolutely no way that I could be in that kind of head space, hysterical and fighting for my life, for 18 days of shooting.

This was shot in Atlanta?

What are some upsides and downsides to shooting on location outside of places like New York and Los Angeles?

There are some good benefits to shooting outside of New York and L.A. because you end up bonding with the cast and crew so much more. You get to know each other a little bit better and really become this family. I think that was important for this movie in particular because it was just so intense. We felt safe around one another and we could really explore without being afraid. The upsides of shooting in New York and L.A. is that you can drive home every day after work and be with your family and your dogs. At the same time, it can take you out of the movie that you’re working on much easier.

Did you have time to explore on your off time?

I always make time to go exploring. I spent a lot of time walking around looking for vintage shops around Marietta. They have great vintage shops there. I got a lot of records and things like that. Evan took us to a couple of clubs in Atlanta and they treat him like a king there. [Laughs.] I loved spending time in Atlanta.

You’ve done a ton of TV work along with films. Do you have a preference? Not just in terms of material, but in terms of the commitment and workload.

There are definitely benefits to both. I understand why some people love TV. It’s because you get this structured schedule and form a family with the people you work with. I love movies because you get to make new friends each time. You go to new places and experience new things. You get to explore different characters a lot more when you work in film. If I’m able to continue making movies without any downtime, I would probably still do movies. But I like TV too…

What kind of projects are you being offered these days? Is there a “Brittany Snow role” that keep coming your way?

I think people generally see me as someone who plays very light roles that’s based in comedy. They see me as this typical girl a lot of the time. Hopefully the kinds of movies that I’ve been exploring recently will open up more opportunities. I just want to keep this going.

I was looking at the list of movies you have coming out and Would You Rather intrigued me a whole lot. What stage of production is that in?

Would You Rather is already wrapped. I executive produced that movie as well. I’ve seen a couple cuts of it and it’s really cool. It’s definitely what horror fans will love. It has a really interesting concept, which is based on the board game Would You Rather. It’s a twisted movie and it was really intense to work on. I think that one will come out really soon.

You were once attached to Clocktower, a film adaptation of one of my favorite video games growing up. What happened to that?

I had to ask. I was really amped up about it.

I don’t even know what happened to that one. I loved that script too… It was really cool, but some business stuff went down.