The Genie Award-nominated actress on nudity, Québec vs. the rest of Canada and her groundbreaking role in Nuit #1. 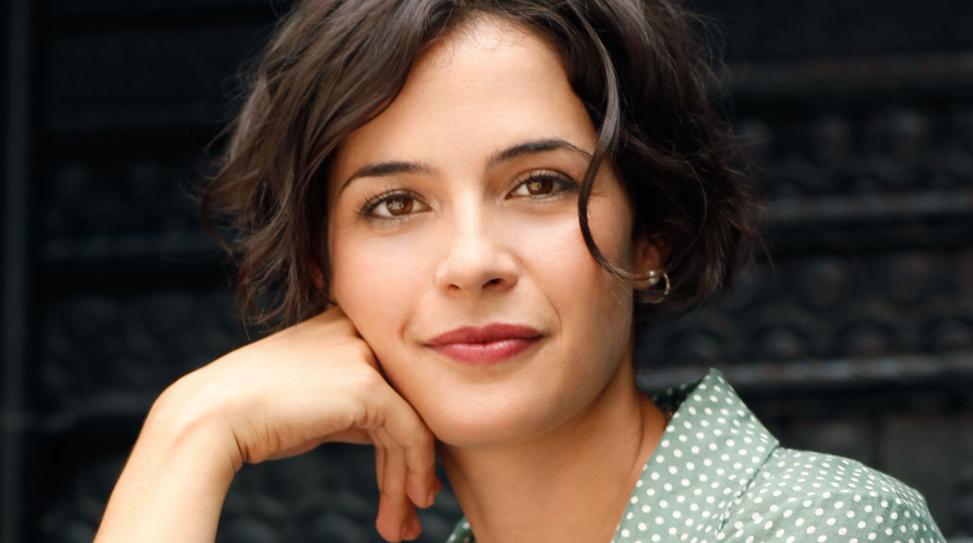 Canadians constantly feel like they're being eaten up by American productions.

The Genie Award is the highest honor that you can receive in Canadian cinema. This year, actress Catherine de Léan was in contention for the Best Actress prize against the likes of Michelle Williams (Take this Waltz) and Rachel Weisz (The Whistleblower) for baring her body and soul in Anne Émond’s French-Canadian drama Nuit #1. Now we have your full attention.

Nuit #1 marks Émond’s directorial debut in which Clara (Léan) meets Nikolai (Dimitri Storoge) at a club, an encounter that leads to a sex-fueled night back at Nikolai’s apartment. But what starts out as a simple quest for impulsive sex turns into a night filled with verbal sparks when the two characters reveal details about one another as a way of figuring out their long-term compatibility.

Nuit #1 is now playing in New York at the Angelika Film Center.

How did you get involved with acting?

I fell in love with theatre when I was 14 and that’s when I decided to pursue it. I went to school for theatre and had to really fight for it because it was competitive. I applied three times before getting in. So that’s how acting came to me.

You have this immediate feedback from the audience when you’re doing theatre that you don’t get with film or TV. Is that part of the thrill of doing theatre?

Definitely. And you get to play your character for 2 hours every night. When you shoot a TV show or a movie, you shoot for 15 minutes and wait 6 hours to shoot again. It’s a totally different thing. You have a different relationship with the audience when there’s a camera involved because it’s more intimate. With Nuit #1, it allowed me to get really close to the people watching it. It’s all about connecting with people. That’s my aim.

I was just coming out of studying theatre and got this main character role. It was a long shoot. Everyone that I knew in school was happy for me, but they were also very jealous because that’s our collective dream to do something like that. I remember there being so much happiness coupled with fear. I’d never done anything like that before. I was using my instincts because I didn’t know how this whole thing worked. It was jarring to have the camera there because you never know whether they’re doing a close-up or catching wide shots. Do I need to cry when I’m barely in the frame? [Laughs] You can’t repeat something exactly as you did before. That’s something I learned.

What else did you take away from those early acting experiences?

I remember paying too much attention to the people on set. I just wanted to be friends with everyone, which was completely draining. I was losing a lot of energy doing that when that should’ve been going into my performance. You’re constantly waiting around to shoot another scene when you’re an actor. You learn to find a balance. The most important thing is to play your part because that’s your job. There’s so much stuff happening on a set and you just can’t take on everyone’s problems. You have to learn to fade that stuff out.

That must be a comfort for you in theatre. In theatre, there’s no action and cut happening. You play it through without having to deal with the behind-the-scenes drama if and when it happens.

You’re absolutely right about that. On a film, you have a producer that might come and say, “We’re running out of time. We’re running out of money!” You feel rushed. An actor shouldn’t hear things like that. At that point, it’s not a matter of whether we got the right shots. Did we get everything we need to make a film?

There was a lot required of you in playing this role. What questions and/or concerns did you have upon first reading the screenplay?

They asked me to read the script because I had done another project before this and they thought my involvement might help raise more funds. From my perspective, I thought it was a unique story. There was a feeling of an urgency like, “We need to shoot this now.” I wanted to be a part of this for that reason. It was really after signing onto the film that I started becoming fearful of what was actually expected of me. The first sex scene was 12 pages long! I had said “no” to a lot of parts before this where they wanted me to be naked. I don’t want to take on a role where I’m naked and there’s no real reason for it. For this movie, it was important to the story and the character.

That’s exactly right. It really had meaning and wasn’t about creating a fantasy. It was the complete opposite of a romantic sex scene. We see romanticized sex all the time in movies that affect our lives and it just wasn’t about that. I liked how this movie wanted to show things in a naturalistic way. My other concern was the finale and we got to shoot that at the end of production. That was nice because I could be in character and get to that part of the story chronologically. There was a lot of despair and I had really fought for it.

How did you make sense of something like this prior to the shoot? How does an actor, a person, get comfortable with the idea of stripping themselves down emotionally and physically in front of family, friends and strangers?

I suppose that as an actor and also as a person that challenge stimulates me. I really wanted to do it for that reason alone. I was obviously really scared about showing my body and had many panic attacks. [Laughs] What are people going to say about this? What are they going to think when they see me making love? Everyone in Québec will see this! My neighbors will see this… It was a really scary thing to think about. But when I started shooting the movie, I left all of that behind. I had to focus on the things that gave me strength. I had to find ways to laugh on set. I remember apologizing to my mother before every take. [Laughs] “I’m so sorry, but I have to do this!” At the end of the day, you’re pretending. It’s not like I’m a porn star.

What was the atmosphere like on set while you were shooting this film?

We had a beautiful team and everyone was there for the love of the script. We shot all of this in an apartment and the crew had to listen in through the wall. Everyone was so enthusiastic and wanted everything to work out. Anne Émond [the director] was probably they youngest one on set. There were a lot of people with tremendous experience and those with less experience, so we helped each other. We had a lot of respect for the work that was being done. We all believed in the movie and felt really good about it.

Were you at all surprised by the film’s success?

Of course! We were overwhelmed because the movie is really radical in its structure and language. It’s a unique piece. I didn’t expect so many people to like it. We played for 9 weeks in Montreal, which is really good because most movies stay for 1 or 2 weeks usually. We had a lot of good press and there was good word of mouth. Now it’s coming to the States and we’re going to Paris too. It’s bigger than what we expected for sure.

How does something like being nominated as Best Actress at the Genie Awards affect your career in the big scheme of things?

I didn’t really notice offers pouring in. What really changes is that when I go into castings or when I get a part, I get more respect. I’m an excitable person to begin with that they treat me more like a child these days. [Laughs] I feel like Nuit #1 changed the playing field for me though. Maybe I have more confidence now in my profession.

Are there recurring themes or topics that you see in movies?

I see a lot of dark movies where characters lose meaning in their lives and feel alone in the world to the point of committing suicide. We come from a dark place. There was this French guy who recently asked me, “I keep coming back to Québec to see movies and I don’t understand why people here seem so sad! You’re not like that in person. Why do you make such dark movies?” And when I say “we,” I’m talking about Québec. A lot of the movies made in Québec is really different from what’s made in the rest of Canada. It’s difficult for Canadians to make something that’s different from what’s being made in America because we share the same language. Most Canadians constantly feel like they’re being eaten up by American productions. For instance, if you’re making a Canadian film and you want Canadians to watch it, you have to show it through an American channel. Canadians won’t watch it on a Canadian channel. In Québec, we have a different language and a different culture. We have a dark side.

For you personally, why do you choose to take on these darker roles?

It’s what’s given to me! [Laughs] I would love to be in a happy movie where people laugh and talk about how life is so wonderful. At the same time, happiness can get boring after awhile.

What is your perception of Hollywood?

There’s a really small market in Québec so I would like to shoot outside whenever I can. I just shot my first film in Germany and there seems to be more offers coming my way that are commercial and on the romantic comedy side of things. I’ve been studying German for like 15 years, which is good because I can play German quite realistically. I would love to continue doing theatre, maybe once or twice a year.

What has surprised you looking back at this point in your life?

I thought I’d have no work coming out of school. I thought I’d be cooking and sewing at home. [Laughs] Knock on wood! I don’t know how this all happened, but I keep getting more and more work. I hope it stays like this.