Ryan Gosling and Michelle Williams may be the ones adorning snazzy magazine covers for their performances in Blue Valentine, but let us not forget its comparably unsung director, Derek Cianfrance. After a storied 12 years in development, his astounding film premiered at Sundance earlier this year (and later migrated to Cannes) where critics likened it […] 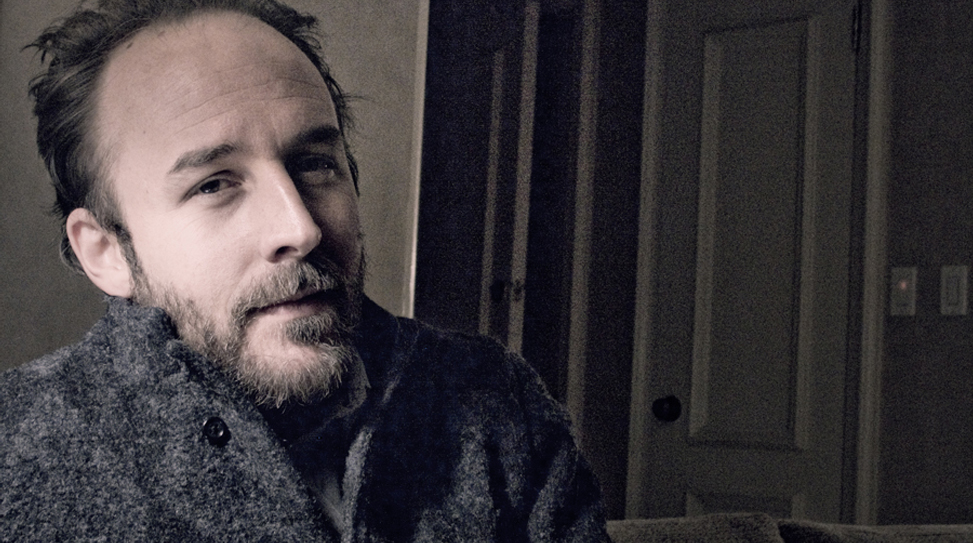 Ryan Gosling and Michelle Williams may be the ones adorning snazzy magazine covers for their performances in Blue Valentine, but let us not forget its comparably unsung director, Derek Cianfrance. After a storied 12 years in development, his astounding film premiered at Sundance earlier this year (and later migrated to Cannes) where critics likened it to the works of John Cassavetes—an assessment not to be taken lightly! Inspired by his own parents’ separation, Blue Valentine is a devastatingly authentic, matter-of-fact look at a married couple struggling to rekindle a flame that has long burnt out in their rapidly souring relationship.

Anthem caught up with Cianfrance at the Regency Hotel in New York City, and he graciously walked us through his long journey to here.

First things first, I wasn’t expecting you to look so much like Ryan Gosling.

You mean Ryan looks like me. I was here first! [Laughs]

You have a point there. So I revisited Blue Valentine last night, but I’d already seen it at Cannes back in May. I absolutely adore this film.

What was it like screening the film at Cannes?

It was great. I spent 12 years writing the film and just trying to get it made, and during that time, I was watching the movies that were coming out of Cannes. They were consistently the movies that I was getting so inspired by—films by the Dardenne brothers, Romanian cinema, and Gaspar Noé, among others. It was always my dream to have my film play there and then to finally be there—it was surreal. I had my student feature at Cannes 2 years ago, but it as in the market sidebar. I was showing in the basement of a hotel, which was excluded from the whole thing. There was like 6 people in the audience and when I came out of the screening, there was a Blues Brothers 2000 parade going on up stairs and I saw some guy with a pink bunny rabbit head on. It was bleak.

12 years seems like an awfully long time to be developing a film, but I guess it’s not uncommon for a lot of indie filmmakers. What compelled you to tell this story?

My parents separated when I was 20 and I wanted to address the fears that I had from that time. I was watching movies and couldn’t find anything that really spoke to me. Nothing that I’d seen really captured the experience that I was personally going through. I’m referring to films like Romeo and Juliet, which doesn’t strike a chord with me because it’s not reflective of the things that I witnessed with my parents’ breakup or other people around me.

You went through 66 drafts of the screenplay, which sounds unheard of. What sorts of changes were being made?

As you already know, there isn’t a whole lot of plot in this movie, so it wasn’t like I was working on the story for 12 years. I was always striving to make everything feel as authentic and unaffected as possible. I wanted to instill a lot of honesty and inject some sort of rawness into it. When you watch Hollywood movies, you oftentimes know exactly what to expect and everything ends up being so polished, you know what I mean? I wanted to move away from that. I didn’t want to only see how beautiful things are, but also how ugly things can get. Nobody’s perfect and that’s what makes us human, you know? And the ending in the film is left open because that’s what life is—you keep going until you die.

Michelle Williams got involved with the project very early on during her Dawson’s Creek days. What was going through your mind when she began to blossom into this amazing Academy Award-nominated actress?

It was great because that can only help the film, you know? When she came onboard in 2003, we clicked right away. She was so incredibly generous with this movie. She brought a lot of enthusiasm to the role, and she was very supportive of it since its humble beginnings. We just continued to inspire each other during the development process to strengthen her character and the story. Michelle and Ryan both have immense ownership over the material because they gave so much of themselves to this movie. I really can’t thank them enough. I always considered them to be co-writers. It was a democracy of ideas!

Dean [Gosling] and Cindy [Williams] fight over this idea of “potential”—the expectations that we set for ourselves and others, and what can happen when those expectations aren’t met. How did that get worked into the story?

It was probably 7 years or something into developing Blue Valentine, and I remember my wife looking at me at dinner with such disappointment. At that moment, I knew I hadn’t realized my potential. I had promised to make this movie and it seemed like nothing was happening, you know? When you get down to it, the movie is about making choices and the consequence of those choices, which can often take us down different paths and away from our intended goals and dreams. For Dean, he’s a painter whose dream was to become a musician. And there’s nothing wrong with being a painter. Dean is perfectly content with the way his life is, but Cindy can’t get past her expectations, which creates a lot of drama in their marriage.

You don’t sugarcoat anything, which is a breath of fresh air. It was interesting to see Cindy’s parents’ rocky marriage in the flashbacks because she tries so hard to not go down that same path with Dean—but ultimately does.

Absolutely. You learn that Cindy grew up in a turbulent household, and she definitely tries to get away from all of that. She’s looking for this knight in shining armor that will help her escape. At the same time, having already seen how ugly things can get with her parents, Cindy becomes the realist in her own marriage. That’s what really sets her off, both emotionally and physically, in the film. Cindy is trying to liberate herself when she realizes that she’s unhappy with being just a wife and a mother. While we were filming, I always told Michelle that she’s the man in the relationship and Ryan is the woman. She’s the one who takes initiative by saying, “OK. This is not working out and something has to be done about it.”

Did Ryan and Michelle really live together prior to shooting, so they could get into character?

Yeah. We had already locked down a house for the movie, and we all pretty much lived there for a month or something like that. I asked the production designer to make everything in that house functional and operational. If you opened the cabinets, there would be plates. There were sheets on the bed and socks in the drawers. I also had Ryan and Michelle budget their lives to reflect what they would be earning as a painter and a nurse. They were in the position of figuring out how much they could spend on groceries every week. They cooked all of their own food and did the dishes. It was a great exercise.

Blue Valentine received an NC-17 rating before Harvey Weinstein railed against the MPAA and overturned the decision. What was your reaction to their initial ruling?

It caught me off guard for sure. The movie shows the harsh realities of life, but I never intended the film to be gratuitous in any way, you know what I mean? I sort of take it as a compliment to the film though. Midnight Cowboy received an X rating back in the day and that went onto do really great. Blue Valentine is about raw emotions, but I guess the really intimate scenes scared the MPAA.

There seems to be this trend going on these days where directors get trendy bands to score their films. How did you get Grizzly Bear to score yours?

I had always thought that their music was very cinematic. When I listened to their music, I always envisioned that it was a perfect match for Blue Valentine. There’s a classical structure to their songs, and I always wanted the film to feel very classical. Of course, it’s important to note that they reach the 20-something crowd, and I thought Grizzly Bear would be something that Dean and Cindy would listen to.

Some people think this is a really weird call, but your film has one of the most memorable and beautifully executed closing credits.

Wow, that’s great to hear. You know, we had an amazing set photographer by the name of Davi Russo with us, and I had wanted to incorporate his images in there somewhere as long as it made sense. The fireworks were always there, but my editor, Jim Helton, created the sequence with the photographs one day and I fell in love with it. Jim and I were both very much inspired by classic movie sequences for films like Psycho, Vertigo, and Casino.