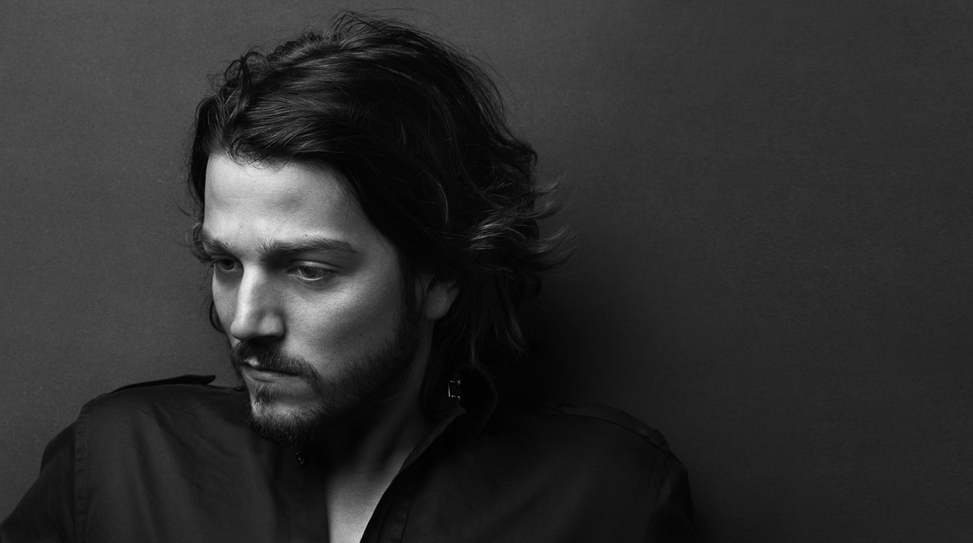 You think not enough people know about Cesar Chavez in America, but when you go to Latin America, everyone thinks he’s a boxer.

In April 2009, Michael Peña was on a promotional trail for the Seth Rogen comedy Observe and Report when a journalist asked him what his dream role would be. “It would be great to play Cesar Chavez,” Peña responded. “That would be an interesting role for me. I think I’d have to be a little older, but that is somebody who I think is, especially for Latin people, a Ghandi-like figure.” After years of taking on supporting roles, Peña has taken the titular lead in Cesar Chavez.

Shot over two months in Sonora, Mexico, the film doesn’t have the high profile of other biopics about political activists. It might seem appropriate for a man who was famously quieter than his contemporaries. Still, Chavez was a powerful Mexican-American advocate who sacrificed his life to stand up for migrant workers without ever carving the air of a born leader.

Cesar Chavez is the second directorial effort for Diego Luna—first came the critically acclaimed Abel—who’s probably still best known for his work as an actor, particularly in Y Tu Mamá También and Milk. Showing his crossover appeal with an entirely unexpected twist, Luna also played Katy Perry’s artist boyfriend in “The One that Got Away” music video.

Let’s get the most obvious questions out first. Why did you want to make a movie about Cesar Chavez and did you know it would be a long journey?

No, no. I would’ve probably thought about it twice. At the beginning, I didn’t know I had to do it. I would’ve quit if I knew it would take 4 years. When I started I thought, “Wow! It’s amazing there’s no film about Cesar Chavez.” It’s so powerful and it’s so timely for so many reasons. I started shopping around the film to different studios. All the executives gave us a chance to sit down with them, which made it sound like something would come out of it, but they didn’t want to join in. They were interested in seeing it once it was completed. No, we need the money to make this! They also wanted the film to be more “sexy”. [Laughs] They were like, “How about A-list actors? Can you bring in someone like Antonio Banderas?” Chavez was a real person! There are pictures and murals! This is a Mexican-American man who was born in Arizona… We found no support in this country. I had already promised the Chavez family that I would deliver a film.

That was 4 years ago?

That was 4 years and something ago. I had already invested a year of my life working on the script with Keir Pearson, so I said to my partner Pablo Cruz, “Let’s go to Mexico and finance it the way we do film.” We went back to Mexico and in a week and a half we had at least 70 percent, which allowed us to come back for the other 30. When we came back, we found the perfect partners in Participant Media and Pantalion Films, two very different film companies, yet a perfect pairing for the market we’re trying to prove exists. Initially, we wanted to make it in the States, but we later realized we needed to make a film that matters on both sides of the border.

There is a generation of people that are unaware of who Cesar Chavez was. Do you have additional plans in terms of creating awareness about the movement aside from marketing the film as a vehicle for entertainment?

Definitely. We are focusing a lot on the kids. Before the promotional trail started, we did two weeks of going to high schools and universities around the country. We went to Harvard, Berkeley, UC Irvine, UCLA… We’ve been pushing to create tons of little videos to raise awareness about Cesar Chavez and what the movement stands for on social media. That’s where the participation comes in. It’s a call to action. Also, we are working on a petition for president Obama to make a Cesar Chavez National Day of Service. There’s a page called takepart.com/chavez and we need 100,000 signatures to reach Obama. The film should be the beginning of something bigger. The film should trigger, hopefully, the curiosity in people to go find out exactly what this movement was about. It’s difficult to inform in an hour and 45 minutes and still communicate everything they did and why it’s pertinent to talk about this. You think not enough people know about Cesar Chavez in America, but when you go to Latin America, everyone thinks he’s a boxer. [Laughs] You know what amazing thing has been happening?

Today, there are many Latinos in key positions. Many Latinos have the chance to choose what they want to do in life. Many of these people are buying out entire screenings at theaters. The other day someone told me, “I would like to share this film with every high school kid in the community I come from.” Pantalion, the distribution company, is getting these calls and managing to actually make it happen. You can buy out theaters and fill it with kids that normally wouldn’t go watch something like this.

Also, I could make this film because I have a certain distance to the story. I wasn’t around when the movement happened, so I have some objectivity to it. The angle in which I’m telling this story is the perfect angle where people who don’t know the story can hear about it for the first time.

Do you think it’s hard for Michael Peña to have this on his shoulders as much as it is?

[Laughs] I was walking here with Rosario [Dawson] after lunch and she told me, “It’s unbelievable how much Michael changed for this role. He’s nothing close to what he portrayed here.” I always told Michael, “We have to stay aware. We can’t do this the Hollywood way.” We can’t suddenly say that Chavez was this great speaker and Martin Luther King Jr. kind of leader because he wasn’t. He was very humble and timid. As a result of the the amount of urge he had for change to happen, he had to become the leader. If he was given the chance to step back, I think he would have done it. He was a great listener and that’s why he could organize these people. He took the time to listen to everyone’s story. This is a community that had been ignored for so long, then suddenly someone cared enough about their story.

Chavez made great personal sacrifices. Could you talk about that?

You have to realize that this is a man who was living in the city. He was giving up his entire life. He wore a suit, had a job. He said, “We have to go back to the fields and change things from the inside because change is not coming from the outside.” He went back and sacrificed not only his reality, but the reality of his family.

Rosario discussed the parallel between Chavez sacrificing time with his children and your own time with your children working on this movie.

I’ve never had to go so far as he did. I would fly to Chicago on Fridays to be with my children and take the red-eye back on Mondays. I would never give away those weekends to have one more interview. I think that’s what makes Chavez heroic. I don’t know if I could go to those lengths.

How old are your kids now?

5 and 3. I mean, Chavez left his children for months at a time. But personally, it is something no matter what the duration is. Besides, the film is about a father and son. There are sacrifices that fathers make and I didn’t understand it until I had my own baby. It changed the way I viewed my own father. My mother died when I was 2, and I never had to play both roles. It’s that unfair part of life where you know you have to do certain things. I make films for my kids. I think about them every moment of my life. Every decision I make involves them. They probably won’t know this until they have their own children. [Laughs] Hopefully, in time, you can bring it all back together. But for these people, it took a long time. Chavez had 8 kids. Dolores had 11 kids! Imagine that.

Why did you decide to start the film so late in Chavez’s life?

The first script I got spanned from the day he was born to the day he died. You can certainly do that in a fictional film, but it’s very unfair. It’s impossible in an hour and 45 minutes to tell the journey of 64 years of someone. I decided to concentrate on one achievement and to me that’s the boycott. If I can explain how the boycott happened, why the boycott happened and what it brought to this community, I’m sending the right message. For me, I didn’t want to do a film just about this community. I wanted to make a film about how this community managed to connect with the rest of the country. The powerful message here is that, if change ever comes, it’s because we get involved and we as a people connect with others. And the personal struggle of a father. This is the first film done about Cesar and it’s unfair to ask one film to fill the gap of so many years when no film had come before talking about it. Hopefully, this film will spark curiosity and people will go investigate further for themselves.

I’m assuming all the actors and the crew on the film were unionized?

I think it would be very stupid to make a film about a union without the support of unions. [Laughs] There’s no way to make a film this big in Mexico, non-union. Every actor was paid through SAG and we had a union in Mexico for actors, technicians and everything. But you know what happened? This is probably where your questions is coming from. There was a whole debate about the extras because they were real farmworkers. It doesn’t mean they didn’t get paid, but the point is that I wanted to work with real people. There’s no way to put make-up on a face and make it look like they’ve been under the sun for so many years. Those faces tell you stories that cannot be said with spoken language.

Were these farmworkers from the area where you shot?

Yeah, many farmworkers from the area joined in. The first day you would have 2,000 extras. By the third day, they realize film isn’t glamorous. [Laughs] We were shooting under rough conditions. They reminded me every day why the film needed to be made. It still makes no sense to me how those feeding this country can barely feed their own families. By hearing their stories, I got the energy to keep going.