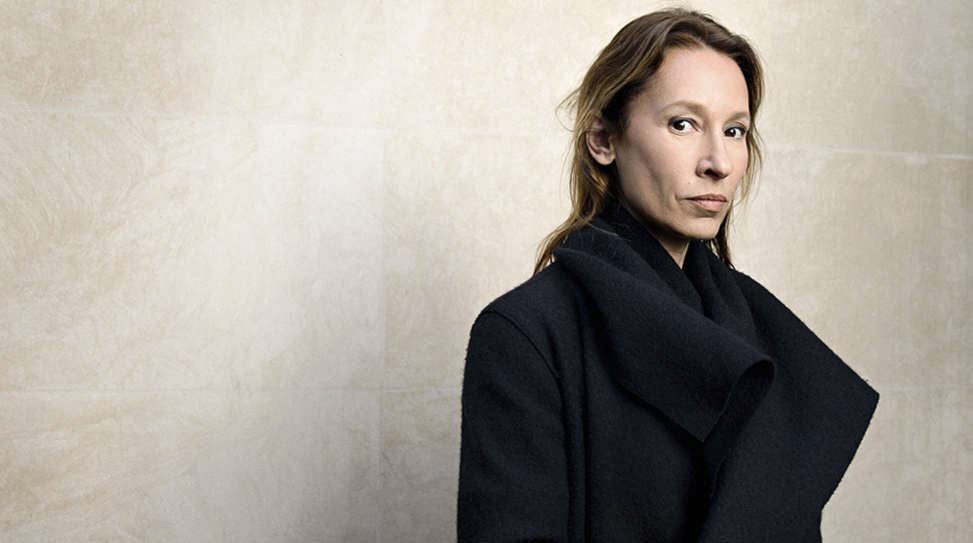 It's a great deal to ask of somebody who's not trained in acting to create this kind of volatile character.

In Emmanuelle Bercot’s Standing Tall, we first meet Malony at six years old, cowering in the corner of an office at a courthouse with a single tear escaping his eye. The local children’s magistrate (Catherine Deneuve) is talking tersely to Malony’s drug-addled mother who can’t seem to cope with raising him and so has decided to offload him onto the state. The film then jumps forward to reveal the result of her parenting: 15-year-old Malony (now played by Ross Paradot) has developed into a combustible problem child addicted to hot-wiring cars and driving recklessly, and uncorking tantrums at anyone who tries to set him straight. His uncountable petulance drives the film as we see the delinquent sentenced time and again to juvenile detention. Paradot’s performance frequently erupts into a rage-filled portrait of an irascible time bomb, a turbulent youth in the thrall of his own volcanic temper and barely able to contain the coiled anger inside. But there’s still hope. Standing Tall is a movie with quiet strength and purpose, unembarrassed by its optimism: rehabilitation may be a long ways off, but not so far as to stretch the imagination.

Standing Tall marks Bercot’s fourth feature as a filmmaker, with a fifth film on the horizon, but she originally got her start as an actress. Last year, Standing Tall received global attention when it world premiered to a nine-minute standing ovation as the Opening Night Film at the Cannes Film Festival—the first female-directed film to do so since Diane Kurys’ A Man in Love in 1987. And at the festival’s closing awards ceremony, Bercot wound up sharing the Best Actress honor with Rooney Mara for her unrestrained performance in Maïwenn’s In Competition film My King.

Standing Tall opens in select theaters in NYC on April 1 and in Los Angeles on April 18.

When it comes to acting, writing and directing, do you feel more proficient in one over the other? Is there one aspect of filmmaking that’s unmistakably more challenging to you?

I’m more at ease in the role of being a director because I think that’s really where my place is. And it’s also how I make my living! But I have to say that making a film is a lot harder.

Your collaborators, including the likes of Catherine Deneuve and Vincent Cassel, are quick to broach the subject of your work ethic. You’re notorious for working uncommonly hard.

I think it’s actually impossible to make a film without working incredibly hard. It always makes me laugh when I hear people say, “You work really hard!” because it seems so obvious to me that you have to do it. [Laughs] By definition, it’s incredibly hard to make a film.

Do you still get surprised about the craft and about yourself when you make a movie?

I think I’m only ever expecting to be surprised, primarily, by the actors. But I do get surprised when things go really wrong when I expected them to go great. [Laughs] It’s rare to be surprised because things often turn out to be a lot less than what you expected them to be. But fortunately, there’s the editing process where you’re sometimes able to impart the kind of grace you intended in the first place. I think that is maybe sometimes surprising: when I see what it is that I shot.

Standing Tall has the procedural built into its backbone. How did you prepare for this?

Rod Paradot was the big discovery at Cannes, and certainly your discovery before the film even made it inside the Palais. Then he went onto win that César for Most Promising Actor.

This is true of all the films I’ve made, but I like to work with adolescents that are very close to the characters I’m asking them to portray. This is something that’s been true of my work from the beginning. Having said that, casting Rod was an atypical case because I couldn’t find that right person to portray the character I was looking for. Even with Rod, I had a tough time imagining him in the role because he lacked the kind of violence that’s inherent in Malony. I had to work with him on two levels: firstly, I had to teach him how to act because he’s a nonprofessional actor—he was an apprentice carpenter when we found him—and secondly, I had to push his limits so the character would emerge from within him. It’s a great deal to ask of somebody who’s not trained in acting to create this kind of volatile character, so we worked very hard to bring that out of him.

Catherine Deneuve is at the receiving end of a lot of heartbreak and a lot of tears, but she remains maternal in her warmth and paternal in her firmness. What do you imagine Gérard Depardieu would’ve been like in that role, which you once considered, maybe jokingly?

I think the film would’ve been totally different, with any other actor. I’m very pleased that I made the decision to have a woman play the role of the judge. I actually based this film on a trio of people that my youth counselor uncle had previously spoken to me about. He spoke to me about this triad of people: the adolescent, the counselor working with the adolescent, and a judge who was very close to retiring. I was very struck by something my uncle told me this judge had said. She at one point said to him, “In this situation, I’m the mother and you’re the father.” I think that, having cast a woman in the role of the judge, it works. It wouldn’t have worked if it were between two men. The judge also said to the counselor, “You are the mother and I’m the father.”

What are some lingering memories that you took away from this particular shoot?

For me, the hardest was working with this young actor, and sometimes Catherine and Benoît Magimel would have to stroke him and help him through. This was a very, very difficult process for Rod and sometimes I felt like I was losing my temper with him. I think it was particularly difficult in the scene where Malony’s mother comes to visit him at the detention center with the spitting. At that point, it became a matter of continuing to shoot or taking a break. Another very hard thing was the scene we shot inside the juvenile prison because we gained access into a real prison. When we were shooting, we were surrounded by real juvenile kids we’re portraying behind the barricades. We could hear them yelling and saying stuff like, “You’re so stupid! You’re acting! This is what we live! This is the reality we have to live with every day!” I found that very, very hard and I just began to cry because I realized that, yes, even if we’re trying to be faithful, we’re still telling a story whereas this is a tragedy those adolescents live on a day-to-day basis.

You once considered becoming a juvenile judge in your teenage years, didn’t you?

I’m not quite sure how to say this but, when you make a film, you really are picking apart lot of your frustrations. [Laughs] It might very well have happened that I would’ve become a juvenile judge had it come into my life ten years earlier.

You surprised Catherine when you offered her this role because it’s an idea that came to you even before your collaboration together on On My Way, and Maïwenn similarly surprised you when she offered you the lead role in her film My King. Does it come as a great thrill when you’re able to offer fellow actors incredibly dense and powerful roles to play?

Truthfully, I really don’t like to think about stuff like that when I’m writing. I’m somebody who really likes to take risks. I’m sort of a gambler, you could say. For example, when I was writing On My Way, I didn’t keep Catherine in mind because, had I done that and she ultimately said no, that would’ve been one year of my life wasted. So I didn’t think about her from day one and I really focused on writing it, and just took a gamble and she happened to say yes.

Regarding your Best Actress win at Cannes last year, you’re quoted as saying, “With another jury, I never would’ve won this prize.” Do you really truly believe that?

There’s absolutely no prize like this given objectivity as far as I’m concerned because it’s a very subjective process. People vote based on their feelings, be it for good reasons or bad reasons. There’s no objective criteria for saying, “This is what constitutes a Best Performance.” That’s why I think a lot of these things have to be taken with a grain of salt.

What stage of production are you in now with your next feature La fille de Brest?

I’ve finished shooting it and I’m editing it now. It should be completed by the end of July.