The Oscar nominee on panic-induced screenwriting, the constitutions of a “good” person, and his latest feature OMAR. 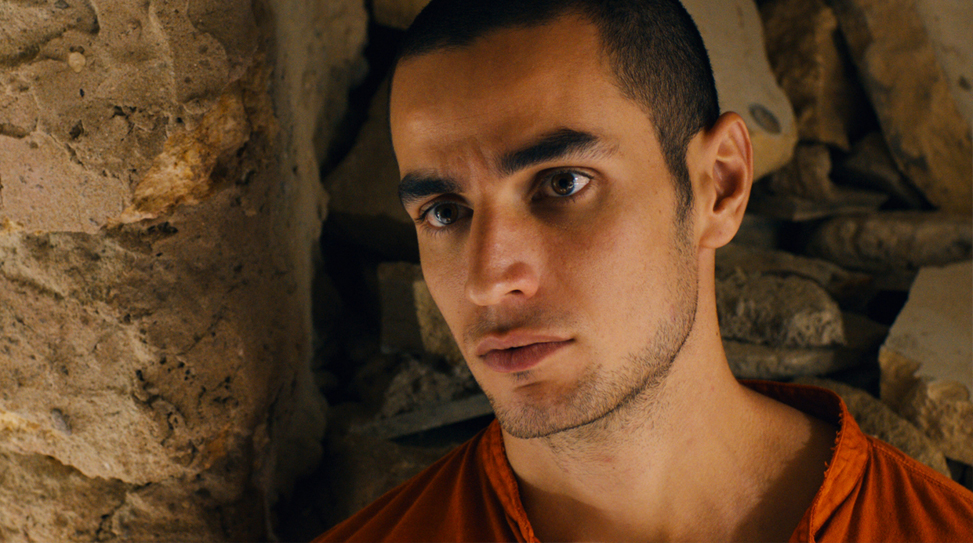 The thought of paranoia came to mind because, during the production of Paradise Now, I thought they were spying on me.

Hany Abu-Assad’s OMAR gets right down to bullet-riddled business. It’s a smart move, especially when you’re trying to pinpoint the perennial Arab-Israeli conflict from the get-go. The rules have been set for a long time, and both sides have their own perception of the situation. What is still intriguing, however, is the way people adapt and live within such parameters, and how life is affected by the occupation and the perpetual animosity. In OMAR, scaling the separation wall becomes an unexceptional event in the life of it’s titular character (Adam Bakri). When he’s not courting high schooler Nadja (Leem Lubany) beyond the concrete, Omar is scheming a sniper attack on an Israeli army base with the aid of friends Tarek (Eyad Hourani) and Amjad (Samer Bisharat), and the microscopic contours of an urgent thriller starts to emerge.

Chiefly known in film circles for his Academy Award-nominated and Golden Globe Award-winning Paradise Now (2005), Abu-Assad has been the unofficial cinematic spokesman for the Palestinian cause for some time now. With OMAR, the middle-aged humanist continues to analyze the conflict from an evenhanded, less political point of view, refusing to demonize characters for their poor choices. Only too aware of the crushing toll of the occupation on Palestinians, Abu-Assad shows men making tragic, often self-destructive, decisions as a result of an inescapable environment of degradation and violence. The film’s ultimate reward comes from watching our protagonist trying, as haphazardly as any one of us, to find his footing in life again.

How are you feeling today, Hany?

Good, good. I’ve shared some interesting conversations. With interviews, you get to explore new ideas and see things through a different lens. You get to rediscover your movie over and over again. I’m always interested to hear what other people take away from something I’ve made.

Can you recall something that resonated with you more than others?

Well, today, this one writer approached me with the idea that our society is built on optimism. Even in the depths of misery, we’re somehow able to claw our way out by appreciating the small things. It’s something that I don’t really dwell on, so it was good to think about that.

At its essence, OMAR is a star-crossed love story set against the backdrop of the Israeli-Palestinian conflict. Are you ever worried that you’re being too pro-this or too pro-that in dealing with the realities of this very specific region?

It’s difficult, but why make movies at all if you don’t enjoy the challenge? No filmmaker wants to copy what has come before. You’re always striving to create something wholly original. Experimenting is an essential means to an end. Maybe some things don’t seem to fit together initially, but some of the greatest movies are by nature a cocktail of ingredients that shouldn’t fit, but somehow work. It’s true that combining the mechanics of a political thriller with that of a tragic love story might not seem palatable. Although OMAR unfolds within the backdrop of this conflict, I wanted to make a genre movie. It’s ultimately up to the audience to decide whether I was successful or not. But the act of experimenting is rewarding in itself no matter what the outcome.

So do you remain mostly subjective or objective when you’re dealing with a sociopolitical quagmire such as this?

I can only operate on how I feel. I laugh and I cry. I can only hope that other people feel the same way. I’m not writing for a particular audience. I’m writing from a place that’s true to me. If I don’t find something funny, gripping or emotionally involving, no one else will. You really write for yourself. It just so happens that the end goal is to share it with others.

I understand that the idea came together quite quickly for this one. Is that usually the case when you’re developing a story for a film?

No. [Laughs] I was in a panic, plain and simple. I just wanted to make a good movie again. It’s funny how things can come to you from a place of panic. I woke up in the middle of the night in sweats. I was so consumed by this need to write a good story. You ask yourself, what constitutes a good story? Does this story speak to real life? Does it really matter to me? What have I experienced? The thought of paranoia came to mind because, during the production of Paradise Now, I thought they were spying on me. Who is the traitor here? Then I recalled the story of a friend who was captured and pressured into becoming an informant, and the story began to take shape. Omar has to make this pivotal choice between looking out for his own interests and the interests of his people. That night, I wrote the story in four hours.

The separation wall is a great visual device in the film. For Palestinians, it signifies disunity from each other, but it also keeps Omar and Nadia apart.

You’re right. Every love story has obstacles and you want to visualize that. This is an excellent observation because it gives you so much insight about filmmaking. Just look at Romeo & Juliet and the dueling families. When I decided to use the wall as a visual centerpiece, I knew I was onto something powerful. Of course, I hate the wall and what it represents. It makes me feel sick as a human being because it goes against every form of human decency. But from a filmmaking standpoint, you’re suddenly given access to that which cannot be built or recreated. Like you said, it also gives you insight into the realities of Palestinians. I always visualize everything that’s written into a script beforehand. For example, I thought Omar being a baker would be a great metaphor for the very thin balance between life and death. He’s playing with fire. If you leave bread baking for too long, it “dies”. This is Omar’s constant struggle.

This is also a story about friendship, trust and betrayal. What are we to make of the dynamic between Omar, Tarek and Amjad? What makes a person good or bad?

Let’s first discuss the characterizations of these three characters. They’re an archetype of people that wage war. Tarek is the adventurous one who starts the war. Omar is the soldier who fights the war. Amjad is the opportunist who reaps from the war. An archetype of any war and any conflict. Omar is simply a good guy who happens to make bad choices. I don’t think there’s good or bad. There’s only human nature. A bad guy can make good choices. I think there’s always a balance, but more for the good than the bad inside of you.

Could we perhaps boil that down even further?

If you’re considerate and able to think about others, I think that makes someone a good person. You don’t want to live the share of others. You’re already living your share.

Adam Bakri has a great deal of screen presence and I couldn’t believe this was his feature debut performance. How did you find this guy?

I always hire casting directors. I go through a lot of tapes and pictures of actors—thousands of actors. Then you narrow that down to, maybe, a hundred options. You bring that down to five actors. It’s a tough process. Aside from technique and talent, you’re also looking for someone who can make the character his or her own. I brought Adam back to test with me seven times. You look at their physicality, endurance, astuteness, method… Everything’s on the table.

What’s going through your mind during this lead up to the 2014 Academy Awards? You’ve been in this situation before with Paradise Now.

When you experience that kind of success for the first time, it’s really nice more than anything. You have no way of knowing what the looming side effects will be. In those hours of anticipation, I was excited by the prospect of possibly winning. When you don’t win, it’s disappointing. But how can you not feel this way? It’s a bad feeling. Now I’m going in knowing the bad side of it, that of disappointment. Right now, I don’t really find myself thinking about the excitement as much as the potential disappointment. But I would rather pay that price and be successful as opposed to not paying the price and being unsuccessful.

Any commercially viable, lighter films on the horizon?

[Laughs] I’d love to do it. I’m always open to new challenges and experiences. I’m actually already attached to two good projects and we’re going to start casting those soon. One is a remake of South Korea’s Sympathy for Mr. Vengeance and the other one is called The Mountain Between Us. I’m also working on personal projects, including a Dutch film.