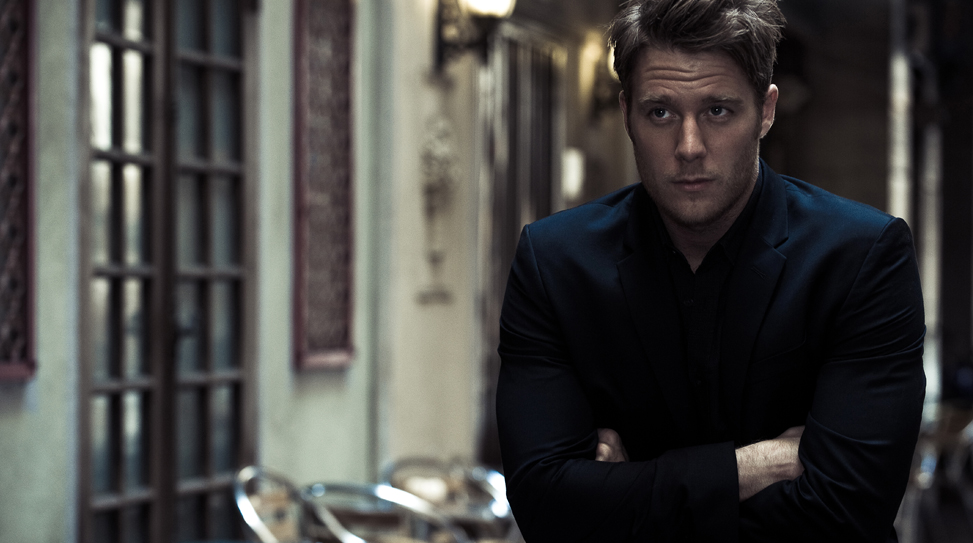 You can pretty much bet that the show is going to outdo itself season by season, almost episode to episode.

Jake McDorman may not yet be a household name, but he’s beginning to work his way into some launchpad roles to up his promising profile. The 27-year-old has snagged line time with everyone from Emma Roberts to Bruce Willis. The guy has been working the guest beat for over a decade on everything from Cold Case to The Newsroom and CSI: Miami to House M.D. But he’s probably best known for playing the quintessential bro on four seasons of Greek or Laura Prepon’s bartending ex in the short-lived NBC series Are You There, Chelsea? McDorman most recently returned to the small screen as Mike Pratt, Emmy Rossum’s surprisingly accommodating boss in season three of Shameless—let’s consider the wall of shit that falls on poor Rossum with inexplicable frequency. Off-screen, the native Texan is gregarious, casually charming and instantly lovable. We recently caught up with the actor via phone in Los Angeles to get an update.

Everything’s good! Sorry we couldn’t connect earlier. I shot all day yesterday and it totally messed up my schedule.

Let’s dive right in. I think you were just 17 when you got your start as an actor. What’s your take on age when it comes to the film industry?

I did start professionally when I was 17, but acting and finding a way to perform in general was something that started when I was way younger. I moved to Los Angeles when I was 16 or 17. I grew up in Dallas, Texas and was really lucky that my parents were supportive of my decision to act. If you move to L.A., everybody’s an actor. All of sudden, it’s not this cool and original idea to be an actor. In Dallas, it’s not as common as you can imagine. It was something that came out of left field when I started exploring it in school in extracurricular classes. I really enjoyed it. It was always my decision. As long as it’s your decision, I really don’t think there’s an age that’s too young. But maybe when you’re from the age of an infant to 5 years old, there’s just no way that it’s going to be your tangible idea. That’s where I feel like a lot of the time bad things can happen. It’s more the parent pressuring their kid to get into it without them really knowing what’s going on. I have a lot of friends that have been acting since they were little kids and are still doing it, but then you have these other actors that grow up and wonder what the hell it is they’re doing.

You’ve done extensive TV work, but Greek was probably your longest running show as a series regular. Was that a pretty grueling experience looking back?

It was just so obvious that that’s what I wanted to do since I was very little—dressing up, doing plays and going to classes. By the time I thought, let’s goto Los Angeles, do pilot season and actually go for it, there had been years of a slow build to that. It wasn’t like I sat down to dinner one day and said, let’s move to California! [Laughs] I had no idea how much of an involvement Greek would be at the time. It could’ve been a couple of episodes and that’s it. You’re taking it bit by bit. It takes a while for you to feel like you’re not on borrowed time. To have that show develop into four seasons was uncertain at the beginning. It’s not like we knew that when we signed up for it. Every year, we were asked to film more episodes and see what happens. Looking back, it was a huge chunk of my life and it was the biggest learning experience.

Now with Shameless, what do you think it is about this particular show that’s different from everything else that’s on TV right now?

There are a lot of things. As you might know already, this was originally a BBC show and it had a following from the very beginning. It has a stellar cast and everyone on the show is so talented. Right from the get-go, you have William H. Macy, Joan Cusack and Emmy Rossum. It had quite a bit already going for it. As far as the storyline goes, it’s about a family with not very much money. They’re very, very flawed. You see that they’re these unconventional heroes that rise out of less than great situations. I think a lot of people can relate and root for that. It obviously incorporates a lot of controversial subject matter than anything else that’s on TV. You can pretty much bet that the show is going to outdo itself season by season, almost episode to episode. It’s interesting to have a cast of characters that can consistently make harmful or incriminating decisions, but we can take a stance where we don’t judge them too harshly. They get into some bizarre predictaments that are self-inflicted, but they have a strong sense of unity and family.

That’s a really solid logline. What surprised me most about your character was that I was so certain that you would be this asshole just due to the nature of the show. Emmy’s character is called into your office and you just expect the worst to happen.

I know! It almost felt like I was on a different show. [Laughs] I shoot all of my scenes with Emmy, especially in season three. Most of the scenes take place in a really sterile office setting, this white collar environment. When I came on the show, I just felt like I was shooting something completely different. It’s like, when are these guys gonna be exposed for selling cups, but on the side also packing the boxes with meth or something. When is he going to reveal himself for being part of some family business/meth kingpin or something. That’s just how the show plays out most of the time and Emmy’s character has the tendency to get wrapped up in these weird predicaments. As it turns out, Mike isn’t that kind of guy. He’s a good dude. He’s probably one of the first people that she meets who she has feelings for.

What was it like to come onboard a show in its third season with an established cast who had been working together extensively? Was it a fish out of water experience?

Not really, no. That’s a good question because sometimes you do feel that way. Obviously, the more time you spend on set, you get acclimated to everybody, the content, the schedule and just how everybody likes to work. Shameless was always such a warm and welcoming environment. There are no egos. Everybody is excited to be here. From episode one to twleve in each season, so much radically changes. Characters come and go. A lot of people make mistakes and there are a lot of triumphs. Everyone gets so excited when we get to have each season open and have things unfold from one script to the next. It’s a really fun environment. I didn’t really find any problem clicking into it. I felt an immediate chemistry with Emmy when I was in the auditioning stage. I felt very conformtable right away, so coming on set was just an extension of that.

What can we expect?

I guess kind of everything that we talked about. You get to see what happens to Fiona when she’s in a relationship with a guy with a job and a steady paycheck. You get a better sense of what their dynamic is like in a working environment. Now she’s an actual employee at the company and providing for her family. She enters into this new, uncharted territory in that sense. We get to explore that together.