The veteran actor on his parents’ heroic activism, his love for Australia and his latest film, Red Dog. 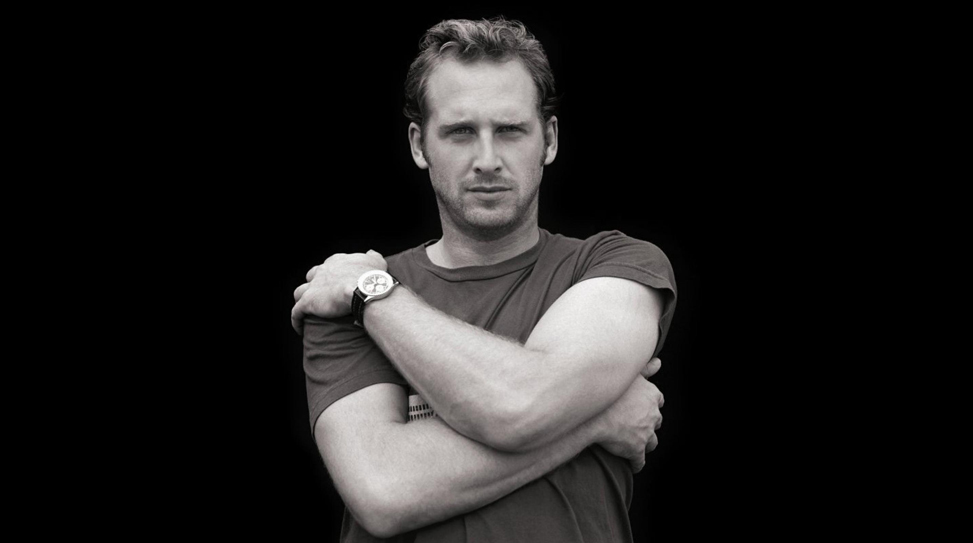 My father would sometimes be a part of a group that would get arrested for chaining themselves to a railroad track to stop the delivery of plutonium.

Over the years, Josh Lucas has mostly stuck to character roles in smaller independent films, while occasionally moonlighting in bigger Hollywood pictures. If we told you that he was Reese Witherspoon’s love interest in Sweet Home Alabama, you might say, “Oh, yeah.” But, unless you’re a cinephile, you probably don’t recall him in anything else, off the top of your head. What if we told you that Lucas played Russell Crowe’s rival (and later his friend) in A Beautiful Mind? That he got into a fistfight with Mark Ruffalo in Kenneth Lonergan’s You Can Count on Me? He also played Sean Penn’s brother in the present day segments in Kathryn Bigelow’s The Weight of Water, Dermot Mulroney’s estranged brother in Undertow, a banker in American Psycho, the evil corporate kingpin in The Hulk, and more recently, famed aviator Charles Lindbergh in Clint Eastwood’s J. Edgar.

Yes, those are all the same guy. It took awhile for the 41-year-old Arkansas native to get this far. In his youth, after crisscrossing the South, Lucas’ family settled in Washington State where he took up acting in high school. The actor eventually moved out to Los Angeles, earning his first credit in an episode of the Fox sitcom True Colors in 1990. His feature film debut soon followed in 1993 with Alive where Lucas played a member of the Uruguayan rugby team that turned to cannibalism in order to survive in the 1972 Andes flight disaster. After 2 decades of rich and diverse roles in both film and TV, Lucas gives us his latest film Red Dog, which is one of the highest grossing Australian films of all time. Anthem got Josh on the phone to discuss his passion project.

Red Dog is now available on DVD and VOD.

Where are you calling from, Josh?

I’m actually on a deck at my mom’s house in a little rural island called Vashon, Washington, outside of Seattle. I was helping her move today.

Is this your time off work?

I just wrapped on an interesting movie down in Huntsville, Alabama. It’s a movie about NASA space camp; a cool movie for kids. I drove my family to Vashon to see my mother and we’re having a bit of a family reunion this week. My mother happened to be moving at the same time, so it’s time off slash work time.

Is the movie you just wrapped on called Space Warriors?

It is. It turned out to be such an interesting experience because there are a lot of curiosities surrounding NASA right now. We actually shot in the International Space Station’s control room, which is one of the most incredible places that I’ve ever been in. The Marshall Space down there is where the Apollo Program came out of. The equipment and the technology down there, not to mention the history, is amazing. Working with NASA was a dream. I’ve always had a fascination with flight like a lot of kids. A space program is as cool as it gets. I was like a little kid again.

Your parents were huge activists—maybe they still are. What did they make of your decision to pursue acting when you were first starting out?

They were very active, particularly with politics and activism against nuclear weapons—that was their issue. They felt that the world needed more education and programs other than spending money on war. They fought really hard against that. My father would sometimes be a part of a group that would get arrested for chaining themselves to a railroad track to stop the delivery of plutonium. They were really, really out there on the edge of it all. I profoundly believe, now more than ever having grown up, that what they did mattered and I’m proud of what they did. It’s interesting because when I became an actor, not that they scoffed at it, but they thought I wouldn’t be successful at all. I also think they thought there were a lot more important things in the world. They dismissed it initially that way. Then my father sat me down and shared a very hard conversation with me when I was 16. He said, “If you want to become an actor, you need to pursue it the same way that I pursued being a doctor.” I asked him what he meant by that and he said, “You have to constantly pour your soul and heart into it, and get better at it. You have to do it with the same integrity that it takes to become a doctor.” That has really stuck with me all these years. I guess I look at a lot of other jobs as being more important to the world, but I do see the value in movies making people feel good. That’s why I love making movies like Red Dog. I think it brought a lot of people together. It had a really profound and positive impact, especially in Australia.

They must be so proud of how far you’ve come as an actor.

I think they’re proud that I stuck with it, you know? I think they’re amazed, particularly considering that they’ve seen me go through some really painful times where I just kicked my own ass. I constantly wondered if i’ll be able to survive or if I might become very bitter. I wondered if i’m going to end up becoming this broken person. Everything that commonly happens in Hollywood. I think they’re proud that I stuck with it and, I’m still able to go out there and do some good work. I haven’t gotten consumed by Hollywood in ways that I’ve seen people get consumed. When you become obsessed with your success, or get too caught up in your failures for that matter, that can lead to a lot of destruction. I think that’s what they’re responding to these days. And there are movies that I make that my parents love—every once in a while. [Laughs]

Red Dog is a potent, inspirational story. What else attracted you to the film? You have a dog of your own, don’t you?

It’s true that I’ve had this profound relationship with a dog that I found in a shelter in Harlem that came into my life. He was really my bestfriend during a tough period in my life for a couple of years. He and I were as close as I’d been with any human being. When I read Red Dog, I think I understood the story more deeply because of that. I knew how my character felt and how this dog could bring an entire community together. I also had a really intimate relationship with Australia like my character John. I’ve traveled all over Australia by myself and camped out in the hardcore outback of it. I really love the spirit and the nature of outback Australia. I think the movie, like The Adventures of Priscilla, Queen of the Desert, Strictly Ballroom and even Walkabout, captured the tough spirit of Australia. I think Red Dog does that in a playful way. It was lovely to be a part of a movie that Australia embraced so profoundly. Red Dog is like Brad Pitt in Australia. [Laughs]

Didn’t they erect a statue of Red Dog in Dampier?

That’s actually how the movie came to be. Louis de Bernières, the writer of Captain Corelli’s Mandolin, was having terrible writer’s block when he got offered to do a conference in Perth, Australia. They had him go up to Dampier and do a writer’s conference for the miners up there. The north of Perth is literally the most remote place, more than Siberia or anywhere else on Earth. It’s an amazing, lonely landscape. These miners that live 2,000 miles from anything sat in on the conference and there was this statue of a dog. When we were making this movie, people would constantly come up to us and tell us stories about it. They showed us photographs of the dog—he was the real deal. This community of people still, to this day, tell stories of their friendship with the dog.

And this was shot in Western Australia where, literally, nothing had been on film previously in our entire history. That must’ve been a thrill in itself.

In Dampier, yeah. A movie had never been filmed in the area where the story takes place. It’s an area where there’s literally nothing but mines. We obviously got permission to film there, but people don’t normally go there because it’s dangerous. It’s a forbidden area. There’s no water; there’s no infrastructure. It’s a remarkbly strange and wonderful place to make a movie. It’d be surprising if another movie is ever made there again because there’s no real reason to go there. You can’t even grow anything there because the land is made of metal. There’s absolutely no reason to be there other than to mine. It has an amazing power to it because of that. You feel the land in a way that’s ancient with some of the oldest aboriginal art on the planet. It’s a truly beautiful and profound place.

Dermot Mulroney wanted us to ask you about your airstream. Is that a point of departure for a conversation?

[Laughs] I have this 1967 airstream that I bought off eBay and I rebuilt it by hand. When I was filming Space Warriors with Dermot, in-between every shot, I was in the airstream. My wife, my baby and I just drove it from Huntsville, camped our way through the national parks, and traveled all the way to where I am now in Vashon.