The César-nominated filmmaker on career lessons, discovering actor Gabin Verdet, and the dazzling elegy to life Heal the Living. 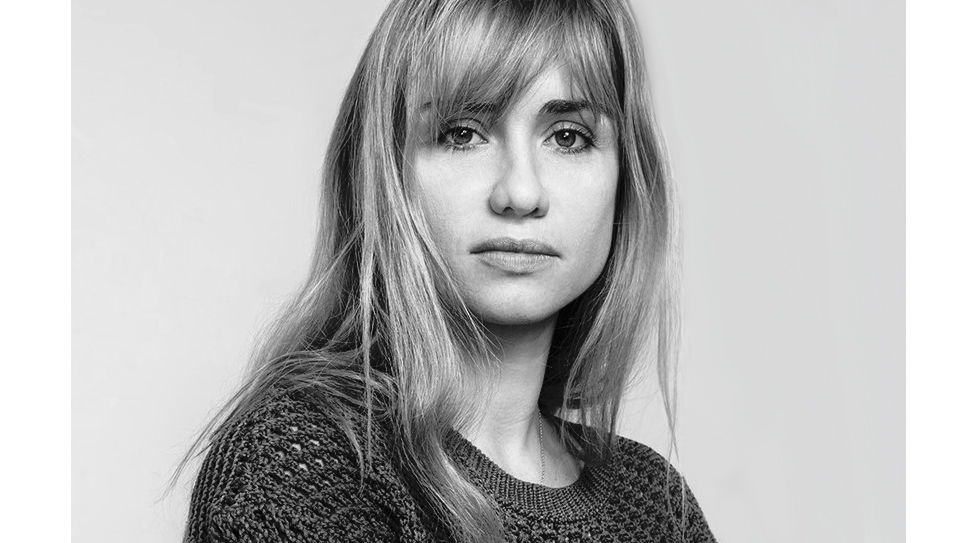 In order to experience the magic of seeing a transplanted heart beat again in a stranger's body, you need the trivial details as much as the sacred ones.

Adapted from Maylis de Kerangal’s internationally acclaimed 2014 novel Mend the Living, Katell Quillévéré’s Heal the Living opens with three teenagers deploying their surfboards on a deserted beach at dawn, throwing themselves into the curls of deep blue waves. Pure sensation is the order of the day, and a prelude to a tragedy in their lives. Before long, a fatal car crash takes one of them.

Upon arriving at a hospital in Le Havre, 16-year-old Simon (Gabin Verdet) is pronounced brain-dead. Doctors broach the delicate yet urgent matter of organ donation to his distraught parents Marianne (Emmanuelle Seigner) and Vincent (Kool Shen). Here, Quillévéré steps back—let’s consider the enormity of the situation—and shifts her attention to the peripheral hospital staff: a disheveled surgeon (Bouli Lanners), a mousy organ donation coordinator (Tahar Rahim), and a put-upon new nurse (Monia Chokri). Meanwhile, Simon’s misfortune opens up the possibility for the continuation of life for another. In Paris, middle-aged mother Claire (Anne Dorval), whose degenerative heart condition is worsening, is put on a waiting list to receive a potential transplant.

Heal the Living is a meditation on human suffering, both literally and figuratively embroidered around hearts: the rhythm of our lives and a sound box for our emotions. Quiet human details, like parents’ farewells whispered into the ears of unconscious children, are magnified with soaring visual and sonic acumen—Tom Harari shoots, Alexandre Desplat scores—and it’s life affirming.

Heal the Living opens at the Quad Cinema in Greenwich Village, New York City, on April 14.

Could you describe your first encounter with Maylis de Kerangal’s novel?

It was somewhat accidental how I made contact with the material because it was actually David [Thion], one of the producers on the film, who introduced me to the novel. He had already put the idea in his head that it should be made into a film. When I first read the novel, I was already working on an original screenplay, so I wasn’t particularly interested in adapting it. But it was so powerful. I could see that there was something special there, so I made it a point to meet with Maylis. It was over time in the writing process that I really came to understand my intimate connection to the novel. It conjured up my memories of loss in the hospital and it replayed in my mind. Sometimes when you’re making a film, you confront and deal with things like loss, as well as desire. I hope this is the same kind of experience people take away after watching the film.

Was this a very cathartic experience looking back?

Yes, and I think that’s the essence of what cinema is. It should have this cathartic effect, both for the people making the film as well as for the people watching it. If you think back to the start of cinema and the whole fairgrounds thing, it was a way for people to confront fear, laughter, tears and even some danger, but at the same time, with a bit of distance from it all.

The film centers on Simon, then his parents, then the hospital staff, and then Claire and everyone in her orbit. This feels deliberate—underscoring the interconnectedness of us all.

You’re correct in your analysis because the movie is all about the human link. There’s no direct translation for this from French to English, but it’s almost like the film is in a relay where each character passes the torch on to the next person. That’s how this film was conceived. As you said, it begins with an individual, broadens out to include a larger community, and then society as a whole.

The opening moments with the surfers are absolutely breathtaking. I understand it was quite difficult to pull off. Why was it important that we see them at sea before tragedy strikes?

This was the most difficult thing to shoot. The water, the sea—it’s very powerful and something you can’t control. It was important that the film begins in the sea because it’s where all of humanity began. The idea of showing surfers at sea is a way of referencing the start of life and the end of life. It’s a metaphoric image when we see the surfers inside the waves. It’s almost as if they’re inside the mother’s womb. When the sea ejects the surfers, it’s as if a mother ejects the child during birth.

There are moments of fantasy that make scenes explode. The road the surfers are driving on turns into ocean waves, for example. How do you know when to indulge and daydream?

It was a challenge to achieve this kind of subtle balance between dream and reality. I found that, by striking this balance, it provided access into what is very profound in the film. On one level, the film is medical. On another level, the film is very physical. But then we’re also dealing with a film that’s metaphysical. To experience all of them and to have this trajectory from the trivial to the sacred when you’re watching the film, I needed to find the balance that you’re talking about. I think that’s what we’re really striving for in cinema. In life, you have the life you’re living, the life you’re perhaps afraid to live, and the life that you would like to live. I think cinema unites these three different ways of looking at life, which requires that balance between fantasy and reality.

You somehow managed to cobble together many of my favorite French-speaking actors into one ensemble, from Anne Dorval to Finnegan Oldfield. What was your approach to casting?

I can tell you that nobody came first. I really tried to build a team and think about it as an ensemble—something closer to a symphony. This is my first film where the casting felt like roulette. Prior to this, I had always thought about the person who came before and after in the casting process. I considered the physicality of actors, the emotional boundaries of actors, and also diversity. I wanted a diverse cast to reflect society. So I was interested in pulling actors from different kinds of movies and actors of different origins. I really wanted true personalities to encompass this story.

I’m very curious about Gabin Verdet. Did you find him through street casting?

Yes, Gabin is an actual surfer. He had never acted before this film. It was a long casting process to find him and his friends. We saw like 200 surfers. I was always convinced that the person playing Simon would have to be an actual surfer because I wanted to shoot him at sea. It had to be real. Simon had to have the body of a surfer, which is very specific in its own way. [Surfing is] also a state of mind, so I really needed someone who had that special relationship to the sea. When you’re a passionate surfer, you risk your life. Gabin is a really passionate guy. He really wakes up at five in the morning every day to surf. [Laughs] I think you can feel that on his face, in his smile, and everything. I loved that he had a limitless potential. I didn’t have much time to warm this young guy up to the audience, so it had to be really strong while it lasted. And it had to be really lively.

There are other technical wonders: How did you film the painstaking open-heart surgery?

We spent a long, long time working with real surgeons to make it believable. There are many reasons why I wanted it to look exactly like reality. First of all, the science behind transplants always fascinated me and I wanted to do it justice. The idea of getting all the protocols and requirements correct on film excited me. Also, I’m convinced that the more realistic you are about capturing life on film, the more magical things become. In order to experience the magic of seeing a transplanted heart beat again in a stranger’s body, you need the trivial details as much as the sacred ones. Triviality is totally related to scared life. One doesn’t work without the other.

Heal the Living marks your third feature as a director. What are some of the more important things that you’ve picked up over the years about the key to making a very good film?

One of the important things that I learned is that, to have a successful film, you really need to start off with an excellent screenplay. You really have to work on the writing so that it’s really good before you start anything else. Also, once you have the solid foundation of a good screenplay and you’re ready to make the film, you have to be open to whatever might happen. You have to be able to deal with the weather, with suggestions that are made from other people… It’s really this line between mastering and controlling the script, and being open to what might happen once you begin shooting. This is extremely important and difficult. [Laughs] Controlling, and then letting it go.

Can you recall an early memory where you decided you wanted to become a filmmaker?

The earliest image I can recall is watching The Adventures of Tom Sawyer when I was three years old. I remembering being fascinated by these two guys playing hooky. They were really unique and left an impression on me. I wasn’t at all programmed in an artistic way. I don’t come from a family of artists. I didn’t know people from the arts. My way of playing hooky became cinema.