The writer-turned-director on her late father, how she would spend her final days, and Seeking a Friend for the End of the World. 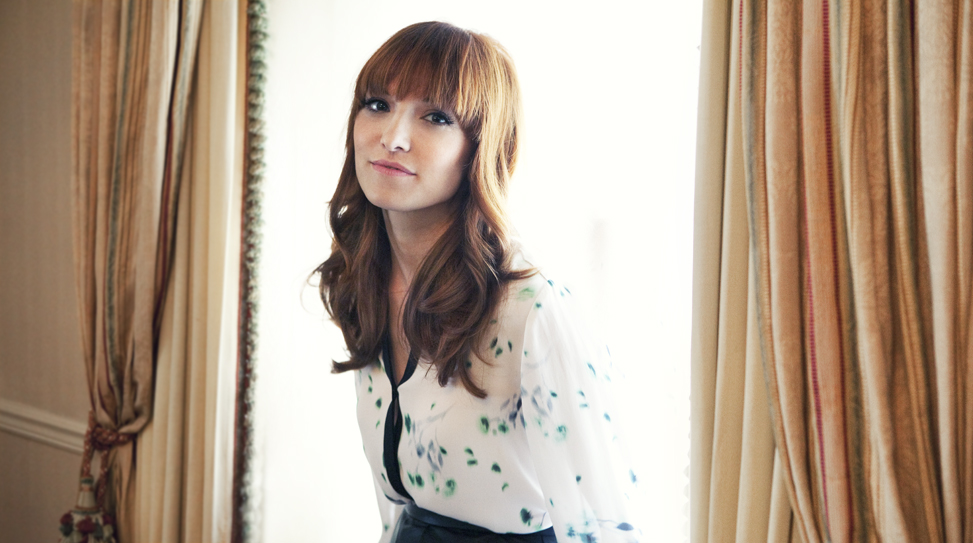 Time is the only commodity we have. That's all I have to give and that's all you can take from me.

In Lorene Scarfaria’s Seeking a Friend for the End of the World, a 70-mile wide asteroid is careening toward Earth. Dodge (Steve Carell), an introverted insurance salesman who played by the rules all his life is suddenly left to ponder his final days when his wife, literally, makes a run for it after hearing a radio broadcast about the imminent disaster. With the world set to end in an estimated 21 days, Dodge unexpectedly meets his opposite in Penny (Keira Knightley), a young woman who has continued to live her life to the fullest. After deciding to embark on a road trip together to help each other tie up life’s loose ends—she, promising to help him track down a girl that got away; he, promising to help her find a way back to England to see her family before Doomsday—Dodge and Penny end up finding resolution in the most unlikely of places.

Anthem recently caught up with Scafaria in New York City to discuss her debut as director, her late father, and our mortality.

You’re originally from the East Coast. When did you move out to L.A.?

I moved a week before 9/11 happened. I was stranded in L.A. because there weren’t any flights and I was feeling desperate for human contact. I was calling up old friends that I hadn’t talked to in a really long time. This catastrophic event had a huge impact on my behavior. That was sort of the springboard for this movie. New York was different for a while after 9/11. It felt like people were finally looking into each other’s eyes again. It didn’t last, but for at least a year it felt like we were part of something big together. There was a real sense of community.

Is that when you started writing this movie?

It’s when I first started thinking about it. I’ve always been obsessed with death, love and the concept of time. Films like The Day After Tomorrow and Cloverfield were coming out around 9/11, and every time I went to see something like that I was always more interested in Jake Gyllenhaal’s crush on the girl more than what his father’s doing on the Arctic tundra, you know? [Laughs] It made me think that I couldn’t tell these deep stories about human relationships. But I had the same kind of approach overall. What if I took this story where, instead of it being infinite, I made it finite? What if forever was off the table and you gave these characters an end in sight? People see funerals as someone else’s mortality, but everyone there is celebrating life! People are there to talk, laugh and share stories about this person. It becomes something uplifting. At my age, with baby showers and everything, it’s not the same thing. You’re there to celebrate life, but you look at everyone and they’re hearing their own clocks, and facing their own mortality. It’s such a strange juxtaposition. We’re here to celebrate life, yet everyone looks pale… I was always interested in telling a story that had a dark, inevitable closure, but in an uplifting way.

That gives this film so much weight. It’s an uplifting end of the world story.

My father passed away a couple years ago and several things happened. For one, you’re really surprised by who sticks around. I couldn’t believe that these people were sitting next to me. And you’re surprised by who runs away! They’re just not there for you. Everyone deals with trauma so differently. Some people really do stick their head in the sand, which is okay, but I’m one of those people who wants to celebrate life. I studied poetry in college and we talked a lot about elegy, this concept of starting from a dark place and finding the light. In this particular movie, the worst thing happens to this poor guy and all the safety nets are suddenly gone. How can we bring him back to a place where, even if it has this tragic feeling to it, he’s right where he wants to be? It’s probably the best thing that’s ever happened to him.

That’s what feels so realistic about Steve’s [Carell] character. We’d all love to think that someone who’s introverted will suddenly take life by the balls when the end is near, but I’m not so sure that it’s that simple.

Yeah! That’s good. I asked so many people and conducted human research about this stuff. Not to judge what other people would do, but it never felt like that would be Dodge’s pursuit. It didn’t seem like this guy would suddenly loosen his tie and go crazy, you know? There’s no future and he probably never lived in the present, so why wouldn’t he chase the past? Most people would, I think. In those final moments at the end of the world, you need somebody!

I’m sure you thought a lot about your own mortality during the making of this film. How would you spend your last days?

What I’d feel good about is that I don’t think I would live so differently than I am now. Although I’d probably endulge in some vices and things like that. I would eat like crazy! [Laughs] I would probably take my dogs on walks to remember. I would want to see my family and probably hang out with my mom too much. My mom would want to be with me 24 hours a day. I would also want to go to a friend’s place for an amazing dinner party and that would be my safe place. Then it would get unsafe very quickly I would think. That’s one of the big scenes in the movie. All the couples at this dinner party are in different states of dress and what does that do to people? That was so fun for me to think about during the writing stage. Here’s a couple who can’t possibly figure out what to eat for lunch and the idea of them sorting out what to do every minute for the next three weeks before the world ends. Hopefully, everyone I love could hang out in one giant room together, but I’m sure it doesn’t work that way. If you strip down everything, I would get on a plane to Belize, but realistically speaking, those things probably wouldn’t be accessible to us. Chances are I would I have to find the joys of being in my own living room.

In that dinner scene, I love how Melanie [Lynskey]—one of my favorite new actresses—is there, wearing everything that she never wore.

She was my first choice for that role. I’ve been obsessed with her since Heavenly Creatures. I never imagined that she would come out to do this small role. That’s how a lot of this movie came together, which was surprising. I think they read the script and were drawn to the ideas we’re exploring. They liked talking about the concept and we had these deep conversations. I think some of them wanted to blow off some steam too. Patton [Oswalt] would finish a take and say, “I needed that!” We were lucky to shoot in L.A. because we were able to get so many people to stop by for a day or half a day even. If we’d shot in Atlanta or something, that never would’ve worked out.

How did you come up with the Friendsy’s sequence? It’s hilarious.

What’s your writing process like? Do you have a set routine?

Not at all. I feel like I write all day long, which is great, but it can also be a curse at the same time because there’s no end to your work day. Sometimes I’ll wake up and just pull my laptop onto myself. Nothing too calculated. I like sharing my writing with people that I trust as I go along. Adam [Brody], who’s in the film, was a really big help in the writing process. Every time I wrote a scene, I showed it to him and then moved on from there. I sometimes write out of order so with this, I wrote a lot of the last moments first. I never really outline my screenplays. I mean, I do at a certain point, but I always write the first thirty pages to hear the characters’ voices before I completely decide what they’re going to do. I usually hit a wall at thirty pages anyway. When I write, there are just scribbles everywhere.

With Nick and Norah’s Infinite Playlist and now this, what attracts you to road movies?

I was really reluctant to write another road movie after Nick and Norah’s Infinite Playlist. I consider both movies awkward road movies—a Manhattan road movie is ridiculous and so is one without gas. [Laughs] Then I realized that this movie is really about the journey so I needed to get them on the road.

Were there a lot of rewrites with this one?

So many rewrites. I had written two drafts of this with a pitch for myself to direct. My dad passed away during the process and I took 6 months off work just to hang out with him during that ordeal. When I came back to the script, I had a completely new perspective on it. It was a bizarre process because I was such a different person when I came back to write the third draft. And then I wrote a few more drafts with these new ideas about time. Dealing with my father’s death was a huge lesson about how much you can do in 15 minutes and how much 15 minutes actually means. Time is the only commodity we have. That’s all I have to give and that’s all you can take from me. When someone wastes my time, that’s the only thing I regret.

Did you discuss the film with your father before he passed away?

I did. We talked a lot about the concept of time. He didn’t want to know how long he had to live even though my mother and I knew. He would ask things like, “Can you throw us an anniversary party next year?” and I would say, “How about I throw it now…” [Laughs] I talked to him a lot about the themes. He’s the kind of person where you take him to a movie premiere—in this case Nick and Norah’s Infinite Playlist—and during the limo ride over to the after party he says, “You know which script of yours I really liked?” Are you kidding me? He was always trying to infuse his own stories into my writing too. He’d say, “What about a story about an Italian immigrant with cancer?” [Laughs] He was that kind of guy. What was so amazing about him and what I really admired about him up until the end was that he was an eternal optimist. I think he really thought he was going to make it, you know? We took him home and in the ambulance, he put his fist up in the air. I was like, “Look at that man.” He was so curious about life. He was always making connections, still, up until the end. He was the kind of person that still wanted to learn. With weeks left to live, instead of bitching or…

Filled with regret! He was still making connections. That had a real affect on the writing for me. You don’t stop the world. It was a really beautiful thing to watch.

Seeking a Friend for the End of the World will open nationwide on June 22.