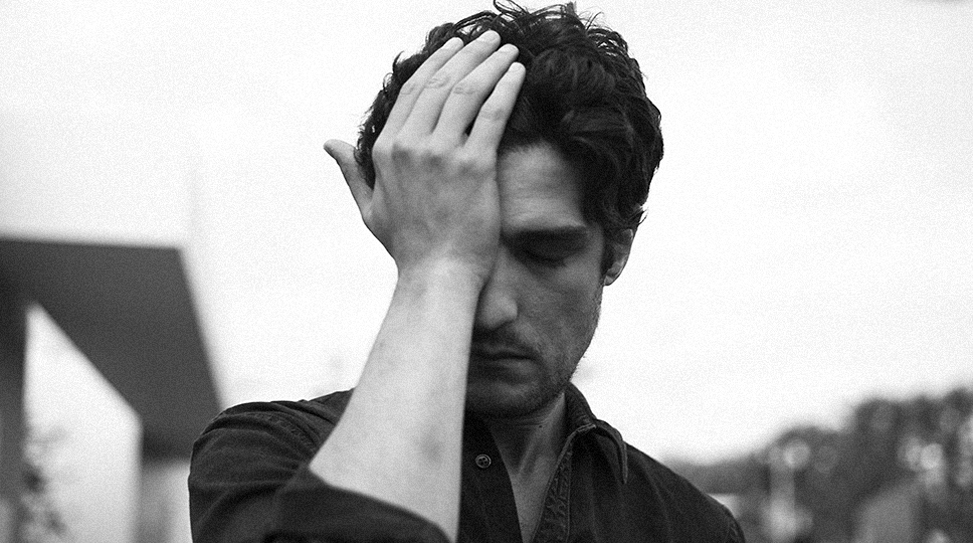 I didn’t want to make a buddy movie. I wanted to make a feminine movie about the friendship between two men.

Adding a twist to the two-guys-and-a-girl scenario found in such iconic French films as Jules and Jim, actor-turned-director Louis Garrel offers up a charming if not entirely convincing feature debut with Les deux amis (Two Friends). Starring Garrel alongside indie stalwart Vincent Macaigne and Paris-based Iranian actress Golshifteh Farahani, this well-performed urban tryst channels a New Wave-ish vibe. Co-written with Christophe Honoré—in whose Love Songs Garrel played a guy caught in a bisexual love triangle—the story offers plenty of moments for the trio to strut their stuff, with Farahani literally doing just that during a memorable dive bar performance.

An opening scene shows 30-ish beauty Mona (Farahani, excellent) showering in slow motion to the tunes of Philippe Sarde’s hardworking score. Only when the scene cuts do we realize Mona is actually a convict serving time in prison, traveling to Paris a few days a week to work at a train station concession stand. Mona’s life is further upended by Clément (Macaigne, forever goofy), a professional movie extra and nervous wreck with whom she’s been having a platonic fling, although Clément hopes to take things a step further. He enlists his buddy Abel (Garrel, seductive) to help win her over, but the plan backfires when Mona and Abel lock eyes—and lips.

Following the Critics’ Week special screening of Les deux amis, we met up with Garrel at Cannes’ Canal+ pop-up lounge for a conversation.

Did you feel any pressure trying to realize your first film in the shadow of your father?

When you’re directing a movie, pressure is everywhere. I’ve worked with him four times since I was five years old. It was like being in a circus. He taught me a lot of things. It’s a pleasure to learn something from him with each new film. But we do completely different things. He’s also a painter. I tried to make a comedy.

What was it like to direct your own performance for the first time?

The scene with the film inside the film was a nightmare to shoot because it took fifteen hours. In the beginning, I didn’t think I could do it. You have eighty people pulling you in all different directions. It was a big mess, but the most important thing is to keep the crew enthusiastic. They feel sorry for you because they see you running around like a madman: “Are you okay? Are you okay??” Everyone is gentle with you and they’re full of compassion. They will look at everything and tell you what’s working and what isn’t working.

Did you always want to put yourself in the film?

Yes, since the very beginning. I made some short films before, just to try it. I realized that it was a pleasure to do it. And I knew I wanted to make something with Vincent [Macaigne]. I wanted to have these two French guys, a tall one and a smaller one. I knew they would be dueling, you know? It’s like a cartoon. I wanted to do something similar to the French comedies from the ’80s and in a [Jim] Jarmusch style.

Did you ever see Adam & Paul, the Lenny Abrahamson film?

Les deux amis reminded me of that film.

And the May ’68 scene reminded me of your father.

There’s also a connection to [Bernardo] Bertolucci because I was in two movies about 1968. The guy I used in the May ’68 scene is the same guy from the Bertolucci movie. I don’t know why I made that scene… I guess I liked the idea of having Vincent do the most individual thing—trying to kill himself—in the middle of a collective uprising. I liked the comic idea behind his loneliness when he’s surrounded by a mob of people.

At the core, this is a movie about friendship.

Friendship is important, but I didn’t want to make a buddy movie. I wanted to make a feminine movie about the friendship between two men. That’s why I wanted them to be misfits. They’re not integrated into society—they’re losers. I wanted to show how attached they are to feelings. Feelings are the only way they can relate to the world. I liked that Christophe [Honoré] tried to show a break between two men, exactly the way it would happen in real life. You have that classic scene in movies where someone says, “I don’t love you anymore,” in the bedroom. I wanted to show that between these two clowns. [Laughs]

What was the inspiration behind this film?

The main argument for the film is based on the play The Moods of Marianne by Alfred de Musset. In the play, there’s a guy who can’t get a date with this girl so he asks his friend, who’s very cynical, “Please do this for me. Please help me get a date with this girl.” And the girl is married to this very bourgeoisie guy. They have to “kidnap” her from that situation. We didn’t want to make Mona a married woman, so we put her in jail. Not to say that marriage is jail! [Laughs] We had to take her away from something very strong. Then Christophe [Honoré] wrote the scene with the train—completely strange, I know. When my friends saw the movie, they said, “Vincent is crazy, but your character is maybe crazier.” It was very funny to shoot that scene in the Gare du Nord station. Golshifteh [Farahani] was screaming and crying, and no one knew what was going on.

How did this on-going collaboration with Christophe start?

He was looking for an actor when I was eighteen years old. It was for Ma mère, the Georges Bataille adaptation. The script was terrible because of the sexuality, but when I met him, I found that he was really modest and very sweet. So we did that movie—there were so many love scenes!—and he wrote Dans Paris, which I think is a very good film.

The dance sequence in Les deux amis reminded me of the interlude from Dans Paris where Romain Duris sings Kim Wilde.

Yeah, yeah, yeah! I didn’t even think about that. I wanted a dance scene, but I didn’t want it to be the typical scene you find in romantic comedies. Even my producer said to me: “Are you sure you want to keep that scene where she dances for him?” and I said, “Don’t worry about it. I’m going to do it.” Somebody told me about this King Krule single and the contrast was good. The whole movie is built on breaking the rhythm, you know? When you have a sad moment, you have to break that by going to a funny one. I was always working like this with Christophe. We wanted things to shift all the time. When you write a script, you have to be the guy at dinner who’s breaking up the conversation with humor. This is the guy who you want to invite to dinner.

Is comedy your preferred genre?

I don’t know about that, but last night when the movie was projected and I heard laughs, it was orgasmic for me. I loved that because I spent so much time alone in my room writing the scenes: “I want to hear people laughing here.” Films cost so much money to make. It takes so much time to explain what you want to do. You shoot, you edit, you screen the movie, you hear people laughing—it’s such a relief. With the laughs, you’re kidnapping people from something.

Did people laugh where you didn’t expect them to?

No, never. Did you laugh?

No, I’m just messing with you.

You can get a lot out of humor—good humor, not stupid humor. You can see situations with more clarity.

Does something like the Valentino campaign boost your film career?

I don’t know… I don’t know. [Laughs] I really don’t know! I’m not so cool with commercials in general, but sometimes it’s good to try things far away from you. The guy who directed the Valentino campaign was a maniac, but he got good pictures. It’s a strange world. My dream as an actor is to play with specific directors. I never had this Hollywood dream because I know they don’t need French actors. Sometimes they need the French guy smoking, I guess, but there’s no French community in America. You represent no one, except French tourists.

Are you already thinking about your next film?

I think about it sometimes, but I think more about taking a holiday. I feel a bit empty right now. One day I was full, but now I feel empty.

You’re also in Maïwenn’s film, which is in competition this year. You play a married, dependable guy, which isn’t the type of role you normally play. Did that excite you?

Yeah, I was super excited to work with Maïwenn. She’s very intense and first degree. Sometimes you have to tell her, “Don’t be so intense!” I had so much connection with Vincent Cassel, also. I had this Jiminy Cricket kind of part in the movie, like, “Hey, don’t do that!” He has a clown-like side to him and it was a good character to play.

Is there anything that frustrates you about directing?

I’d imagine it was quite liberating for you to edit your own performance. Actors often talk about how they feel helpless during post-production.

Yeah, but I had an editor working with me and we watched the monitor together. I was really paying attention to her opinions. You have a lot of different points of view, you know? This is what I learned from making short movies: At the beginning, you want to control everything. Then you learn to give people creative freedom on set. You give people responsibilities because it’s a collective work. My dream is to make movies where people become so involved that they feel like it’s their movie as well.

Have you shown the film to your father?

What’s the best advice he gave you about filmmaking?

Give your editor freedom—the work will be more passionate.