The reigning king of independent film on directing with his brother, improvisational acting and Safety Not Guaranteed. 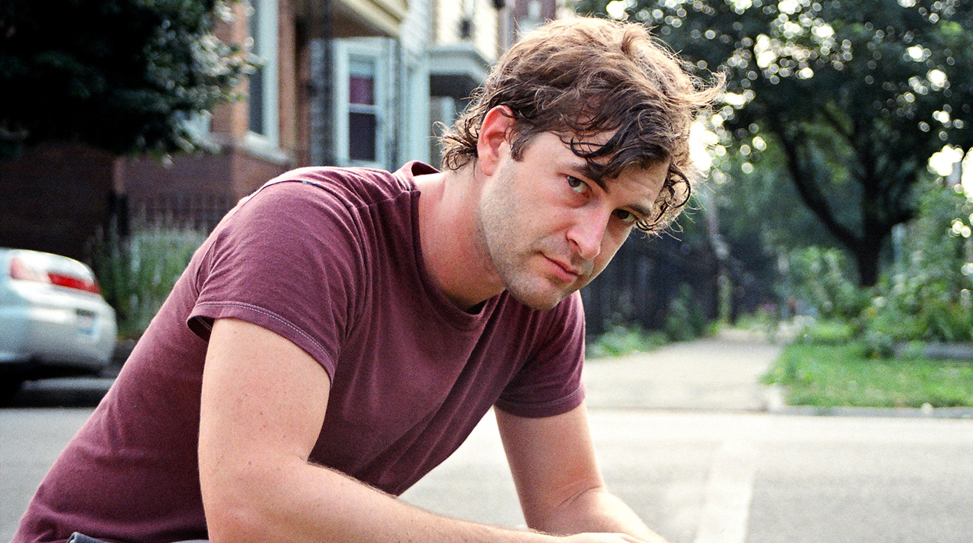 [Mumblecore is] just some word that the press made up so I don't give it much credence.

Mark Duplass isn’t one to be left out of the American indie film conversation—certainly not this year. You might recognize him from Lynn Shelton’s Humpday, which picked up the Special Jury Prize at Sundance in 2009. The writer/director/producer/actor lent a hand in creating mumblecore. Mumblecore—reportedly coined at SXSW in 2005 by director Andrew Bujalski’s sound mixer, whose primary experience with movies is, by the virtue of his job, what he hears in his headphones—lassos a band of filmmakers that produce low budgeted movies that are heavily focused on naturalistic dialog. Despite this touchstone, Duplass is reluctant to harp on espoused theories on why such a word exists and remains adamant that it doesn’t matter what led him in the direction he’s gone down. If the genealogy of his methods don’t make much sense, all the better in his mind.

Duplass has several movies in the periphery as an actor, director and writer this year including The Do-Deca-Penthathlon and Your Sister’s Sister, which we’ve officially cemented as one of the best films of 2012. But first up to bat is Colin Trevorrow’s Safety Not Guaranteed in which an unusual classified ad in the paper inspires three cynical Seattle magazine employees to bank on a possibly interesting story. They track down a mysterious eccentric named Kenneth (Duplass), a likable yet paranoid supermarket clerk, who thinks he solved the riddle of time travel and intends to depart again soon. Together, the characters embark on a comical and unexpectedly heartfelt journey that reveals how far believing can take you. An entertaining film backed by a viable concept, Safety Not Guaranteed is a good way to rev your summer engine at the cinema.

I finally got around to watching Safety Not Guaranteed and really enjoyed it.

Were you and Colin [Trevorrow] good friends prior to embarking on this project?.

I didn’t know him at all. The script was sent to me as a project that I could potentially produce with Aubrey [Plaza] and Jake [Johnson] attached. It came with an apology saying, “I know these guys aren’t big movie stars, but I want to make it with them” because this was before Parks and Recreation was a hit and New Girl didn’t exist. I love those guys and I loved the script. They were having trouble finding big money to make the movie and they came to me because I’m good at finding little money to make movies. [Laughs] So we threw all of that together and three months later, we were shooting it!

What intrigued you about this particular story?

The idea of making a time travel movie that was less focused on the lasers, flux capacitors and 1.21 gigawatts, and more focused on the personal, more emotional, implications of time travel was interesting to me. If you equate it to a movie like Eternal Sunshine of the Spotless Mind, it has a science fiction concept, but at the core, it’s really a character piece. I like that combination.

I spoke to Jake at Sundance and I think he mentioned that this was shot in Seattle.

What are some advantages and disadvantages to shooting outside film-centric places like Los Angeles and New York?

Go outside. [Laughs] It’s a lot cheaper, for one. People are a lot more willing to work with you and they’re more excited to have a movie there as opposed to being put off by your presence. The crews out in Washington are fantastic and I made five movies out there. As long as you’re shooting during the summer when it’s not raining too much, Seattle is about as good as it gets.

Are you very structured in your process when building a character? Where’s the starting point?

For me, this was one of the more challenging roles because Kenneth is absolutely nothing like me and I needed to find a way in to become him. The way in was this realization that anyone who believes in time travel doesn’t have a cynical or sarcastic bone in their body. They’re a true, fist pumping believer. I’m not like that—I wish I could be like that—so it was really fun for me to embody that and use that as a way to bring Aubrey’s character, Darius, into me, romantically speaking.

Aubrey is always fun to watch. She’s the queen of deadpan.

Aubrey is most definitely the queen of deadpan. What’s great is that her character starts off just like April on Parks and Recreation, this cynical and sarcastic intern, but then she meets Kenneth and her whole world is blown open by someone who happens to be the exact opposite. She’s infected by his wide-eyed, childlike energy.

How would you describe your own brand of humor? What kind of stuff do you find humorous on a day-to-day basis?

It’s a tough thing to describe and analyze about yourself, but I usually like things that aren’t very obviously funny. Depending on who’s receiving the jokes and what sort of room you’re working with, it could be funny or sad at the same time, you know? I think an example of that is a movie I made called Puffy Chair about six years ago. When that movie is shown to two people in a room, it plays like a hard-hitting relationship drama. When it plays to a hundred people, it plays like Dumb and Dumber. It’s fascinating to me that a given thing could either be a laugh or become this dramatic thing depending on the audience.

What about Jay? Does he laugh at the same sort of things?

Our tastes are inextricably aligned. We’ve seen the same movies, listened to the same music and, obviously, grew up under the same roof. We share the same brain, creatively. We operate a little differently though. I have a much bigger work appetite and I’m much more of a maniac than Jay is. He leads a much more balanced life with exercise, social obligations and whatnot. I’m a raging workaholic.

When you’re working on a project together, are the duties divided up pretty much down the middle or are the responsibilities split up in a more orchestrated way?

We find ourselves naturally gravitating towards different things. I’m a little better at producing and try to focus a little more on the front end of the movie in terms of setting it up during the scripting process. Jay has more of an appetite and stomach for post-production than I do. When we’re directing, it’s the two of us tag-teaming.

Do you like to work a certain way when you’re in the directorial seat? Maybe you could compare your own style to that of your filmmaker friends such as Lynn and Colin.

The fact that there’s two of us makes it intrinsically different. Jay and I’ve made more movies than both Lynn and Colin, and we’ve been beaten down to learn that no matter how much we think we know on set, you never really know what you need until you get in the editing room. We shoot a lot of options and that’s something that I try to impart to Lynn and Colin. With Jay and I, the real major difference is, again, the fact that there’s two of us there. We’re much more likely to catch any problems on set and come up with solutions.

Let’s talk about Your Sister’s Sister. I’ve seen it twice already and it’s on my top 10 list this year. I’ve been talking everyone’s ear off about it.

Lynn made a little cameo in Safety Not Guaranteed, didn’t she?

She’s in there. [Laughs]

Since you came up with the premise for Your Sister’s Sister, which served as a springboard for Lynn to direct, can you tell us where that seed of an idea came from?

It was just a small idea that I came up with a while back. It felt like a movie that Jay and I would probably never make, so rather than having it sit on my computer and die, I pitched it to Lynn—I loved making Humpday with her—when we were both at a point where we had holes in our schedules. She kind of took it and ran with it from there.

I’m sure you and Lynn have much more experience with improv than Emily [Blunt] and Rosemarie [DeWitt]. Did it take some extra effort on your part to get them into the groove of things on set?

Not at all, actually. Emily’s first gig was this amazing film called My Summer of Love and that was entirely improvised. She’s very good and experienced. While Rose hadn’t done a lot of it, she jumped right in and understood the process. I don’t believe that it’s an incredibly difficult thing to do as long as you’re a non-selfish actor who’s willing to pay attention to the person across from you and stay present in the moment. If you can do that, you’ll probably be really good at it.

How much of the film would you say was improvised?

I mean, we really did improvise every scene and every moment. There was no script, so we worked from a treatment. The film looks and feels remarkably similar to the treatment, but it’s just that every word that was spoken was improvised.

Were you involved at all in the editing process or did you leave the project completely after the shoot was over?

I left it completely. Lynn and Nat Sanders, the editor, have a great shorthand. They edited The Freebie—my wife’s movie—Humpday and, of course, Your Sister’s Sister. They don’t need me at all. They’re fantastic together.

You’re cited as being one of the founding members of mumblecore. Do you take issues with that kind of categorization?

It’s just some word that the press made up so I don’t give it much credence. [Laughs]

Do you ever find it jarring working on heavily scripted material since you’re so involved in the improv method and capturing supremely natural moments on camera?

I enjoy both worlds, really. People Like Us, Greenberg and Darling Companion are all tightly scripted films that I worked on. The only thing that I ask of a director is this: if your scene is working, fantastic, but if it’s not working and we’re about to make a bad scene, let’s improvise! Most people are up for doing that.

You juggle a lot in your career. You write, produce, direct, act… Is this something you’ll continue doing or do you maybe have your heart set on one particular thing?

I think I’ll continue to juggle everything because when you’re an independent filmmaker, you’re always doing a little bit of everything and I enjoy that. My brother and I will always direct movies together. I like writing and producing movies in the studio system as much as I like doing the other stuff, you know? Next year, I’m particularly looking forward to exploring some new things as an actor though.

Your films have done exceeding well at Sundance over the years. Being a veteran, what is it about Sundance that sets it apart from other film festivals?

The Do-Deca-Penthathlon is hitting select theaters in July, which is another joint effort from you and Jay. What can you reveal?

It’s based on two real brothers that Jay and I knew in high school. They were very competitive and didn’t know how to express their love for one another except when the were beating the living shit out of each other over petty sporting events. To me, it’s a very funny way to show brotherly love—through frustration and competition.