The Italian director on his theater in Rome, how to succeed in the industry and filling the role of jury president at this year’s Cannes Film Festival. 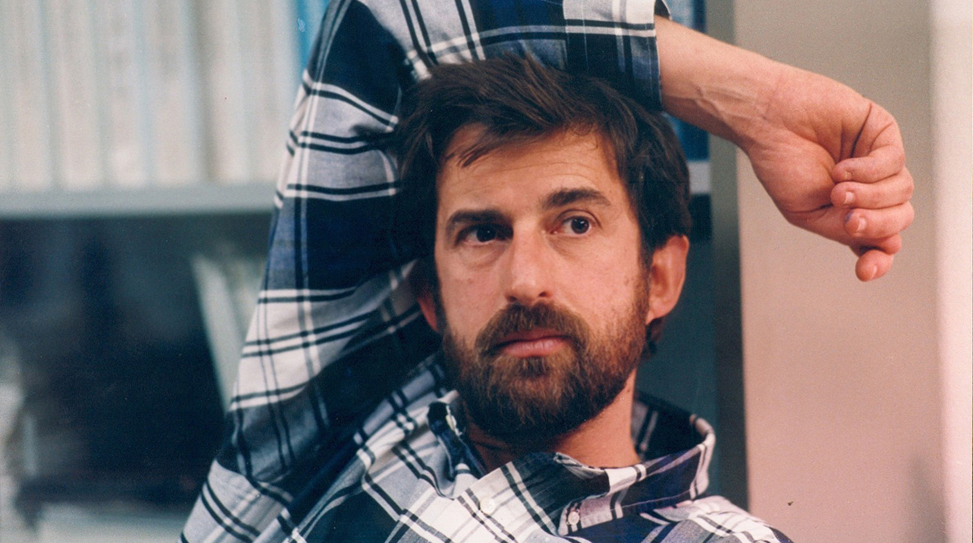 Upholding independent films that are relevant, which is what your magazine deals with, has been my same challenge.

When it was announced that Nanni Moretti would take on the Vatican with his latest comedy, the critics readied themselves for a major scandal, expecting a film that would no doubt light a fire at the heart of the Holy See. In his native Italy, the left-wing filmmaker is known for his mostly comic works that point a finger at the ills of his country. The semi-autobiographical Dear Diary and Aprile found Moretti playing himself, musing about Italy, it’s politics and his own mortality. More recently, he turned his attention to his pet hate for Italian Prime Minister Silvio Belusconi in The Caiman. It feels logical that his gaze would eventually fall on the Roman Catholic Church and in his new film We Have a Pope, Moretti aims straight for the head of the organization.

As depicted by the Italian director, the fantasized story imagines a conclave that couldn’t have gone more wrong. When the assembled cardinals elect a French cleric named Melville (Michel Piccoli), he promptly becomes a screaming Pope afflicted with performance anxiety. Melville declines to make his traditional appearance on the balcony of St. Peter’s and the church fathers are thrown into what might be called, in secular terms, a tizzy. To prevent a world wide crisis, the Vatican’s spokesman calls in an unlikely psychoanalyst (played by Moretti), who is neither religious or all that committed, to treat the depression and helplessness that plague the pontiff.

We Have a Pope hits select theaters in New York and Los Angeles on April 6. This year’s Cannes Film Festival will take place May 16-27.

Nanni Moretti: Before we begin, I would like to ask you a question.

I think it would be inaccurate to say that these smaller art house theaters don’t exist in a lot of places outside of New York, Los Angeles, Chicago, San Francisco or what have you. I think they’re mostly concentrated in metropolitan cities because, simply, there’s more diversity in those areas. There’s more of an audience for these kinds of films. And it seems almost archaic to say this, but there are still a lot of people out there who refuse to watch films in subtitles.

I believe that there are small independent American films that nobody ever sees as well.

Isn’t that one of the main struggles of indie filmmakers? How do they reach a wide audience? How do they compete against the studio system?

What can you tell us about the theater you operate in Rome?

I understand the importance of giving theaters an identity; it’s like giving an identity to a publishing house. With my theater, Nuovo Sacher, there is a faith that goes back and forth between the public and myself. I have faith that there are people out there who appreciate the kind of films I like and they also have faith in the kind of films that I choose to show.

What kind of films do you screen at Nuovo Sacher? Is it a mixture of both classics and contemporary films?

In Italy, there isn’t this habit of re-proposing old films like there is in France. I’ve had this theater for 20 years now and we restored films very few times within those 20 years. We restored two films by [Martin] Scorsese: Johnny Guitar and Nicholas Ray. We also restored Charlie Chaplin’s The Great Dictator and Othello by Orson Welles. I like to show the kind of films that surprise me a little bit. For example, I’ve showcased Iranian films several times, but I’m unable to explain why I chose them. In fact, since I’m also a distributor, I distributed the Iranian film that won this year’s Best Foreign Language Film Oscar.

There are some movies that are helped along a little bit when they come out in my theater. Then there are other films that would have done fine whether or not they were released in my theater. Upholding independent films that are relevant, which is what your magazine deals with, has been my same challenge. I never want to be marginalized in the film business. There has always been space up until this point for me to make my own films in my own way. I want to have personality within the industry. Besides directing, I’ve also been able to produce, act, distribute and operate my own movie theater. You need to be lucky and work really hard, but in the end, it is possible to stay in the industry.

You have been vocal about luck and determination being equally as important as talent in your path to success. Do you still feel this way?

I believe that at least two of these three things—talent, fortune and determination—are necessary in order to succeed. Sometimes talent isn’t even necessary; talent alone is not enough in the sense that talent, together with this feeling of being victimized, is not enough. Talent needs to be fed by hard work, attention and stakes.

Is this something that you’ve been thinking about a lot recently after being asked to preside over the Cannes jury this year?

I just hope that the jury is comprised of people whom it’s a pleasure to watch three films a day with. I don’t want it to be like torture because it’s a pleasure for me to watch films. Not everybody who works in film likes to watch other people’s movies, but I have from the very beginning. I’m very curious.

Is there a parallel to be made between an elected pope coming into power with a lot of self-doubt in We Have a Pope and your decision to fill the seat as the jury president at Cannes this year? Did you have reservations?

[Laughs] When I was first asked to do it, I did hesitate a little bit. But the people who were closest to me thought that I was kind of pretending to have these reservations. I genuinely did have some hesitation to be quite honest with you. I’m very clear about one thing and one thing only, and it has to do with methodology. It’s important to not look for unanimous votes at all costs. I hope that the films will make me feel a little bit uncomfortable, yet they will all be viewed and evaluated with the same amount of attention and interest. Only after a long discourse will we have the right to vote. We shouldn’t give out prizes to films that make everybody say, “We agree,” when we’re not truly enthusiastic. There’s no pressure from the festival itself when we choose the winners. The jurors don’t allow themselves to be conditioned by the critics or by how the audiences react.

I think each member of the jury will judge each piece of work based on his or her own individual taste. It’s not that an independent film should win a prize because it’s smaller in scale. It has to be good. Just because a film has an important theme, it doesn’t mean that film should win. It has to be a good film that portrays an important theme well. As I mentioned, there are on-going discussions within the jury and one person can easily change another person’s mind. 15 years ago, I was on the jury at Cannes and there was an Iranian film that I liked a lot called Taste of Cherry by Abbas Kiarostami. I remember talking to the other members of the jury, day after day, trying to convince them why this film should win the Palme d’Or. And it did. I even distributed that film and showed it in my theater. 15 years later, I feel like I have less energy. [Laughs]

What are some of the memories that you took away from that experience 15 years ago?

I remember meeting all the jurors for the first time. We were in a room not much bigger than the one we’re in now. It wasn’t an official meeting; it was before the festival began. We were all a little bit reserved and many of us had never seen each other before. Nobody was talking to Gong Li, the Chinese actress, because she didn’t speak English. But Mira Sorvino suddeny crossed the room and started talking to Gong Li because she received a degree in Mandarin. I remember Tim Burton and Mira Sorvino very fondly. They were very nice people. Tim Burton was always smiling. The only time I saw him without a smile on his face was the morning when we had to vote on the prizes. We were all suffering. We hadn’t slept well and we had been having nightmares.

Would you agree that festival awards have a huge influence on whether an independent film gets distributed and at what scale? In Italy, how influential are awards and do they dictate whether a film will get distributed overseas?

Awards were integral in my films coming to the States when I won the Best Director prize for Caro diario and the Palme d’Or for The Son’s Room at Cannes. The way we consume films has changed since 20 or 30 years ago, before word of mouth was extremely important. These days, what’s really important is how the first weekend goes. For smaller independent films, the situation isn’t that much different than it was before.

How about some parting thoughts on Cannes?

I hope that this will be a good year, but not too good because that means some good films won’t receive the prizes they deserve.