Q&A with Nash Edgerton, Director Of "The Square"

Nash Edgerton certainly wears a lot of hats. The 37-year-old Aussie draws artistic sustenance from directing, writing, acting, producing, and editing music videos, commercials, shorts, and feature films. And that’s not including his longstanding career as a stuntman, which lies at the very root of his current crop of work. Edgerton began performing stunts at […] 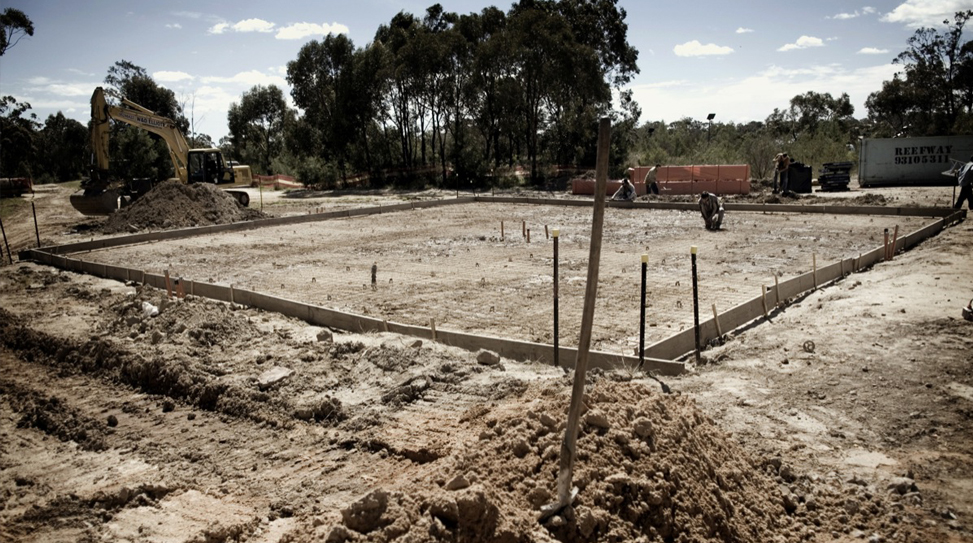 Nash Edgerton certainly wears a lot of hats. The 37-year-old Aussie draws artistic sustenance from directing, writing, acting, producing, and editing music videos, commercials, shorts, and feature films. And that’s not including his longstanding career as a stuntman, which lies at the very root of his current crop of work. Edgerton began performing stunts at the age of 18 and has since lent his skills to some of Hollywood’s biggest blockbusters like The Matrix trilogy and the Star Wars franchise (as Ewan McGregor’s stunt double). Considering his high-octane stunt work on camera, it doesn’t come as a surprise that his insatiable thirst for adrenaline often bleeds into his creative output behind the camera as well.

The Square—which marks Edgerton’s first outing as a feature film director—explores a morally bankrupt, adulterous couple whose scheming leads to arson, blackmail, and murder. Although it’d be a stretch to call it a masterpiece, the film’s brilliant in its ability to activate the viewer’s dormant thrill-seeking tendencies. Its anxiety-inducing twists and turns relentlessly assault the mind, which makes for an immensely entertaining thrill ride from start to finish.

The Square opens in L.A. and NYC on April 9 followed by a national rollout in May.

Let’s start off with an easy question. What does The Square refer to?

It refers to the building site, the square that Ray is building. Ray himself is also the square; it refers to him being this super conservative guy. David Roberts was perfect for this role because he carries tragedy on his face so well.

I really enjoyed this film a lot and I think it speaks volumes about your skills as a director. However, the one little quibble I have is that the protagonist doesn’t seem to have any redeeming qualities. I guess he could be seen as a victim of circumstance in a way, but I just found it difficult to really like this guy. He keeps making more mistakes to correct his past mistakes.

Well, I didn’t think you’d necessarily have to like Ray; you just have to like watching him do what he does. Everyone’s going to judge his character differently. Ultimately, it comes down to whether you like watching Ray go down. Obviously, at some point you’re going to say, “This guy’s gone too far!” [Laughs] You know? How the fuck is he going to get out of this situation? My brother always described it as a slow train wreck.

Strangely enough, I found myself rooting for Billy and he’s supposed to be the villain.

Yeah! Joel [Edgerton] and I actually talked about this a lot. We didn’t want the characters to feel like clichés, which is often the case in film noirs. The roles of the femme fatale, the nagging wife, and the woman living with the wife beater—we didn’t want formulaic characters because in reality, there’s a lot of grey area. With Billy’s wife, for instance, there’s nothing really the matter with her. It’s just that she doesn’t communicate with her husband. They’ve sort of fallen out of love with each other. And with the bad guys like Billy, we wanted them to have redeeming qualities so it’s not just black and white.

Your brother Joel of course plays Billy and he also co-wrote the screenplay. How did he come up with the story?

He’s always been fascinated with articles or clippings that you might find in the newspaper a few pages in. He came across this one about a skeleton of a baby being found in the foundations of a building that was being dug up, which is pretty much all it said. So, it was a matter of asking questions like, “How did it end up there?” He started creating a series of events that sort of revolved around that idea, which is something that he actually wrote on a little scrap of paper.

What is it like collaborating with someone so close to you?

It’s great. Joel and I work really well together. We’re ultimately aiming for the same end results. Joel is definitely a better writer than I am, so we make a good team. He had never written a screenplay prior to this, so the script wasn’t quite structured in the way that the film ultimately turned out, but my brother’s very inventive. We both wanted it to be based in some kind of reality. These are all feasible things that could happen in real life.

Did you guys shoot this in Australia?

Did that have anything to do with you guys wanting to support the film industry in Australia?

No. It’s because Joel and I grew up there. I was pretty keen on making my first feature where I grew up in Sydney. I think it was just about feeling comfortable because it was such a daunting thing taking on a feature film. I wanted to use a lot of the same people who had previously worked on my short films as well. I really wanted to make it at home. Also, the Australian government helps support filmmakers, especially first-time filmmakers. They really don’t have a studio system there, so pretty much every film made in Australia is an independent one.

It must be nice not being dependent on the whims of studio executives to get films made over there, which is a huge problem in Hollywood. How hard was it for you to switch gears to direct a feature film?

When you’re directing a music video or a short film, you’re constantly in a state of panic. On a feature film, you get to know the crew and everyone gets to know how to work with each other. You get to try new things each day. I guess it’s much like doing a sprint as opposed to running a marathon. You have to pace yourself. I like the fact that you can get your momentum up and you get into the rhythm of things. Some weeks are harder than others and some days are harder than others, but the further that I got into it, the easier it got. You come to realize that once you shoot something, you can’t go back and fix it. During the first two weeks of shooting, I was thinking, “I never want to do this again.” [Laughs] But it was a good experience overall and I want to make more films.

So, is it your ultimate goal to direct feature films full-time?

Well, I want to make another short film this year. I actually just shot a music video in New York.

Was it the Empire of the Sun video?

Yeah. And I also did a couple of Bob Dylan videos last year. The great thing about doing short projects is that it’s immediate. You can finish it really quickly and put it out into the world. The screenplay that I’m writing right now is going to take awhile to complete. Once it’s done, you have to finance it, make it, and it’s such long drawn out process. I also still do stunts and like to edit. I do a little bit of everything.

I think there’s a common thread that runs through your extensive body of work in some way, but it’s hard to put my finger on it. I see a lot of similarities in the video you directed for Toni Collette, your short film “Spider,” and The Square, for instance.

I think a lot of it has to do with the tone. It’s something that’s really hard to put into words. Everyone has a sort of tone about their work. I see similarities between my work and the filmmakers that I work with at Blue Tongue Films in Australia like David Michôd, Spencer Susser, or Luke Doolan. We explore a similar tone. I’m also attracted to songs that tell a story, so I treat music videos much like short films. I don’t know if I consciously weave a common thread through the stuff that I make, but like you said, it seems to be there.