The Danish filmmaker on his rebellious nature, plastic surgery, Alejandro Jodorowsky, and the wildly extravagant The Neon Demon. 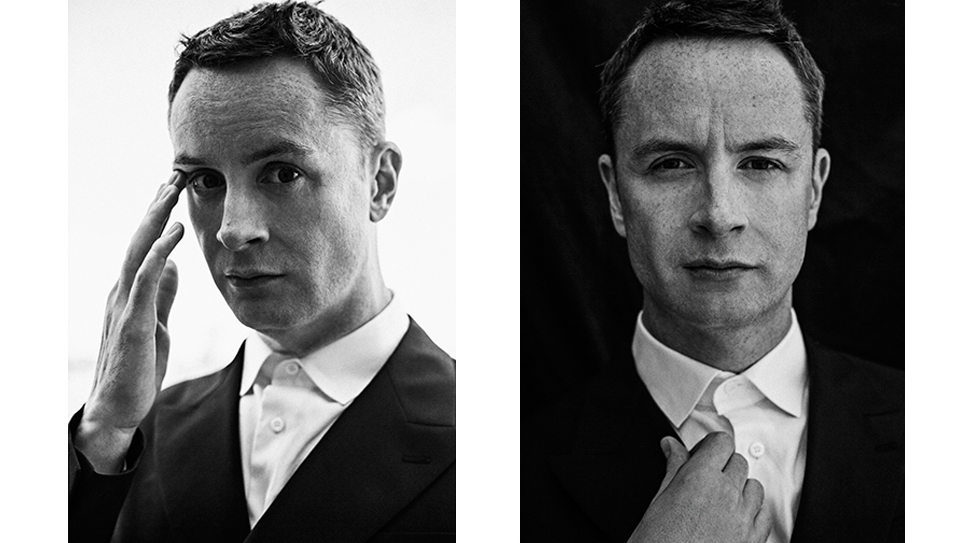 What's so fucking great about being normal? In my younger years, I just wanted to be accepted into normalcy without ever agreeing with it.

A select group of filmmakers are daring enough to reimagine what it means to make movies, and what it takes to watch them. Nicolas Winding Refn is one of those people. The Neon Demon begins with the initials “NWR” hovering onscreen alongside the opening credits, indicating that the filmmaker has—like fellow Dane Lars Von Trier before him—become a self-anointed brand. The Neon Demon marks Refn’s tenth feature: a macabre, hyperstylized allegorical critique on the fashion industry. Arguably, Refn is a filmmaker of great humanity, as he proved with the roundly applauded Drive, and of heightened inhumanity, as he let known with the much-mocked and little-understood Only God Forgives. The Neon Demon doesn’t quite capture the same level of potency or engagement whichever way the film skews, but, sure, the brand is warranted. Only someone of Refn’s repute could make something so deliberately self-indulgent and stare you down with it.

The set-up for The Neon Demon is simple and obvious enough: Refn throws fresh-faced aspiring model Jesse (Elle Fanning) into a noir-soaked Los Angeles, unintentionally—at least in the beginning—stirring up a bevy of jealous pinups around her who prickle with robot hostility and act even nastier than they look as she’s groomed for superstardom. This won’t spoil much: these parasitic models quite literally chew and spit each other out. And they have it out for Jesse because, as her no-bullshit talent agent Jan (Christina Hendricks) says with her usual directness, she has all the makings of a star: a mesmeric quality, an insouciant vulnerability, that something the blessings of Olympian genetics and plastic surgery alone can’t buy. Fame beckons. Of course, madness ensues on her climb up. In this vampiric send-up, all of Jesse’s corn-fed splendor seems to attract is portents for violence, a quality that might just survive her inevitable journey to the dark side.

The Neon Demon opens in select theaters on June 24 via Amazon Studios.

It appears to me that you knew exactly what was coming in terms of the kind of reaction you’d get with The Neon Demon, be it good or bad. You knew it would be polarizing and the discussions would heavily skew towards things like necrophilia and cannibalism. Would it be fair to say that a reaction, even if it’s negative, is better than no reaction at all?

Oh, absolutely! That’s the essence of creativity. If you don’t react, life is really boring. You don’t get far by being nice. Creativity is about evoking emotions. It’s about feeling alive. [Reviews] being negative or positive—that’s almost irrelevant. Good and bad is your Chinese dinner.

It would be insincere to say that you’re being provocative for the sake of being provocative because that’s clearly not the case. So in making a NWR film, how much do people’s expectations and also how much you thrive in the “not knowing” inform your process?

I think it’s very easy, especially for teenagers nowadays, to see through the facade. It used to be a lot easier to shock for the sake of shock, but that doesn’t work anymore because it’s very quickly recognized as reaction for the sake of reaction. There has to be thought behind it. There has to be something natural to it. I wanted to make a horror film about beauty and with that comes a lot of debate because it’s a theme that’s very, very provocative. You might first look at it as being very shallow, but it quickly becomes very debatable. People start to argue. We still live in a day and age where there’s formulation based on creativity where if you work outside of that zone, that in itself becomes an act of provocation. In a way, that’s so silly because it’s so easy.

Again, uncertainty plays a big part in your creative process and choosing to shoot chronologically is but one example of that. Does something like that comfort you because you don’t feel so locked into specific ideas, or is it fear that you’re after—the adrenaline?

It’s a combination. I think fear breeds creativity. Fear makes you question it again and again and again throughout the process. Shooting in chronological order also forces me to react purely instinctively, and therefore, it becomes more the act of creativity and the flow of emotions. It’s a wonderful experience. It’s like an infant doing a drawing. It’s as pure as you can possibly make it.

But when people talk about self-indulgence in cinema, I more often think about studio executives tapping you on the shoulder as if to say, “Hey buddy, this is way too long” or “They’re not going to get this,” with complete disregard for the creative process.

Well, I think that’s fair if you work within the studio system where there’s so much money invested in the film. You need to recoup what you put in so it’s a different mindset. I make very inexpensive movies and, based purely on that, I can do whatever I want to do and there’s no financial risk. I do need the money to make the films I want to make, but if it’s at low-risk and it will essentially make money very quickly no matter what, then you can allow yourself complete self-indulgence. It’s a different thing and you have to accept the rules because, otherwise, you’re being irresponsible.

Unattainable beauty, which we all have a hand in shaping and worshiping with Instagram, Photoshop and what have you, is inextricably tied to insanity in The Neon Demon. What’s your own proximity to obsession with beauty? Not just as a person but as someone working in this kind of field, are you maybe transfixed by beauty more so than the average person?

The longevity of beauty is shrinking. Our ideas about beauty as it pertains to age is getting younger and younger. What do you foresee as a possible nightmare scenario in our future?

I’m taking this call from South Korea, the plastic surgery capital of the world. I’m interested to see how the The Neon Demon plays here, in a country where beauty is one of the most, if not the most, important human currency. Have you been to South Korea?

No, unfortunately. I’ve been to Thailand, China and Japan, but I’ve always wanted to go. I have a lot of admiration for their film culture. It’s also a place I’d like to possibly film in very soon.

You’ve said in interviews that you weren’t born beautiful and you don’t know what it’s like to be beautiful. You’re very dry and I took that as a joke because you’re obviously a handsome guy. But what are your thoughts when it comes to plastic surgery in general?

The conflict comes to the fore in a very NWR way: The conflict between being born beautiful and becoming beautiful by any means necessary, which inevitably fucks with your psyche.

Absolutely. I don’t think plastic surgery brings beauty. I think it brings an artificial sense of satisfaction, which is of course rooted in a much more complex behavioral system. For me, it does not add up to beauty. However, I’m not one to criticize anyone who does whatever they want to do.

I recently discovered something surprising about you: You’re partly color blind. You’re also dyslexic. This might be a silly question to ask, but does that add to the NWR stamp? These are unique traits to have in a profession where you so heavily rely on the visuals and words.

Absolutely. I think having a weakness like dyslexia or color blindness in the world of entertainment is looked upon as a very negative thing. But if you can turn it around and make it into a strength through your inner desires, you become superhuman. You become stronger than other people because you’re forced to flex muscles in your creativity and in your technical approach that you wouldn’t normally think you would need to use. You become super strong.

Jesse has an unknowable quality that makes her stand out from the rest. Certainly, Elle has it, too. I can only assume that you look for such magnetic qualities in all your actors. It’s not just about external beauty, and often not at all about the surface of a person. So what makes a person magnetic? Why is Alejandro Jodorowsky, your so-called mentor, magnetic to you?

Alejandro has “it” inside of him. He has the kind of magnetism that makes him larger than life. It’s his belief system. It’s his singularity. It’s his unapologetic nature. It’s his intelligence. It’s his preciseness. It’s his acceptance of the supernatural world co-existing with our world. And it’s his fundamental belief that all human beings are born great.

You boldly announced that the Cannes Film Festival would be very boring without filmmakers such as yourself. You proclaimed at the press conference, “We are the Sex Pistols of cinema.” This goes way back and I have no context for this, unfortunately, but you got expelled from school for throwing a desk at the wall. You seem very rebellious by nature.

I guess my rebellious nature comes from thinking, “What’s so fucking great about being normal?” In my younger years, I just wanted to be accepted into normalcy without ever agreeing with it. In the end, I turned it around and said, “You know what? I’ll make my own reality.”