From the Archives: Omar Sy

Before X-Men: Days of Future Past and Jurassic World, there was The Intouchables. A look back at the then-unknown actor. 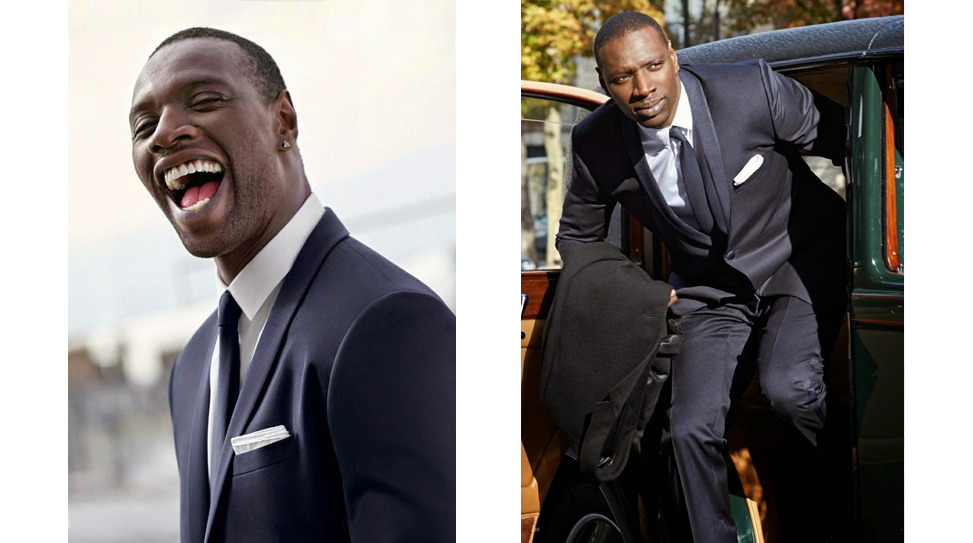 It’s not for me to say whether I have talent or not. Other people have to tell me that.

[Editor’s Note: The following interview was originally published on April 20, 2012.]

The name Omar Sy might not ring a bell to those living outside his native France, but that’s all about to change. This year, the 34-year-old picked up the César for Best Actor, beating out his fellow countryman Jean Dujardin, who took home the Best Actor statue for The Artist at the Oscars. Not to be outdone, Sy made history with his César win as the first black actor to receive the honor. With The Intouchables, what Sy accomplishes with such blinding charisma has everything to do with his unfiltered embodiment of his character. A phenomenon in France where it shattered box office records to become one of the highest grossing films of all time, the film tells the true story of the unlikely friendship between a handicapped millionaire and his Senegalese caretaker.

When we sat down with Sy for a chat in New York City, he mirrored his character, Driss, in more ways than one. He was no nonsense, quick to laugh and always looking for the next joke.

You’re virtually unknown here in the States, for now at least. What’s your background and how did you get to where you are now?

I actually started out in radio. I grew up with someone that I’ve now known forever—a famous comedian in France—in the same neighborhood. He ran a radio program and, one day, he needed somebody for a last minute substitution. We came up with this idea where I would play a retired soccer player from Senegal. We created this role for me and it worked out very well. After that, we decided to continue collaborating and created new characters that I could play. That’s how my career on the radio started out. After that, I did some work for Canal+ and that worked out as well. I started working with Éric [Toledano] and Olivier [Nakache], the directors of The Intouchables, on their second short film. So, little by little, I took on more film roles. They were smaller roles until The Intouchables came along in which I’m in a leading role for the first time.

The Intouchables has gone onto become one of the highest grossing films of all time in France. What is it about this film that’s attracting such a wide audience?

Well, it’s about optimism and hope. I think there’s a general work climate these days that’s based around pessimism and everybody tends to be very gloomy. It’s difficult to see positive elements in the world around us now and even for the future. It’s comforting to go and see a movie like this where you see something positive. There are positive elements in the movie that are within everyone’s reach. It’s about friendship and about love. That’s something that anyone can attain.

The Los Angeles Times was quoted as saying the film has some ‘crying racism.’ Variety proclaimed that yours is ‘a role barely removed from the jolly house slave of yore.’ I don’t personally share in these views, but how do you respond to that kind of criticism?

I didn’t see any racist elements. Otherwise, I wouldn’t have done this movie. I would need more information on what these critics are saying, but we should look at all the details, then we could explain the reasons behind it. It would take a long time and we would need a whole new movie about that. I did read a few things here and there, but I want to make it clear that, in France, things are very different than in the U.S. on a social level. The two societies have not evolved in the same way. In France, when you look at the poor and the privileged in the city suburbs, all immigrant communities live together and share the same environment. You’ll find people from places like Northern Africa and Portugal living together. In the U.S., it’s not like that.

And added to the fact that this was inspired by a true story. The characters and their respective journeys weren’t invented in the filmmakers’ imaginations. Not entirely, anyway.

That’s true. All of these events really happened. I think that makes all the positive elements of the film more powerful because they’re not products of invention. It’s something that happened.

How faithful was the film to the actual story?

It’s quite faithful to the real story, but it is a film in the end, with certain elements that were introduced in order for it to be more cinematic. The role of Philippe was close to the actual person whereas the character of Driss was written specifically for me. They introduced a lot of my own personality and attitude to the character. Driss is more distanced from the true person compared to Philippe. The story is adapted in that way. That was the real gift that the filmmakers gave me.

The Weinstein Company is already developing a remake of the film. What are your thoughts?

I think remakes are generally interesting provided that they’re not just cutting and pasting the original. As we were discussing, France and the U.S. have very different social climates, so it will be very interesting to see how it’s adapted to suit the American reality. Maybe by watching the remake we will better understand the elements that these American critics have taken issues with.

How do you want to steer your career here on out?

I recently spoke to Audrey Tautou and discussed Michel Gondry’s The Foam of the Days, which you also star in. I think she mentioned that the current title is Mood Indigo.

The book it’s based on is called Foam of the Daze, but every time the book is republished, it’s given a new title like Mood Indigo.

What can you reveal?

There’s a very interesting cast on board: Romain Duris, Aïssa Maïga, Alain Chabat… The movie will be very close to Michel Gondry’s crazy universe that we’re all familiar with. It will be really interesting to see how he will pull it off. I really have no idea what to expect because I haven’t started shooting it. I’m going to let myself go and willfully dive into it, and go wherever he wants to take me. I really trust him. He’s a hard person to follow, but I’m very happy to do it.

The Intouchables seems like the perfect springboard for your entry into Hollywood. Is that something you would be open to exploring?

Have you heard of anything specific? Do you know more about it you can tell me? [Laughs] I really have no idea. It depends on who I end up meeting. It’s all about finding the right story, the right role, the right filmmaker, the right producer… I have no idea what will show up. I will follow my feelings and do whatever I find interesting. I don’t want to start asking myself these questions now. I’ll cross that bridge when I get there. I can’t imagine what will happen to me.

The chance encounters are so significant in the film industry. I just recently spoke to Nanni Moretti and he very accurately said that sometimes talent doesn’t even play into the equation. But that doesn’t apply to you, obviously. You have a star quality.

Meeting the right people is definitely really important. It has been a very significant factor in my own career. And talking about talent is really hard. It’s not for me to say whether I have talent or not. Other people have to tell me that. You definitely have to work hard. In terms of chance encounters and meeting new people, it’s invaluable in everybody’s life, not necessarily just in cinema. This is what The Intouchables is about. Philippe and Driss meet by chance and it changes both of their lives forever. In terms of lucky encounters, there’s a whole discussion about luck.