It’s likely you’re already familiar with Richard Ayoade’s sprawling work. In front of the camera, he’s chiefly known for playing the brilliant yet socially inept Maurice Moss on the hit British sitcom, The IT Crowd. He also directed music videos for some bands you might’ve heard of such as the Arctic Monkeys, Vampire Weekend and […] 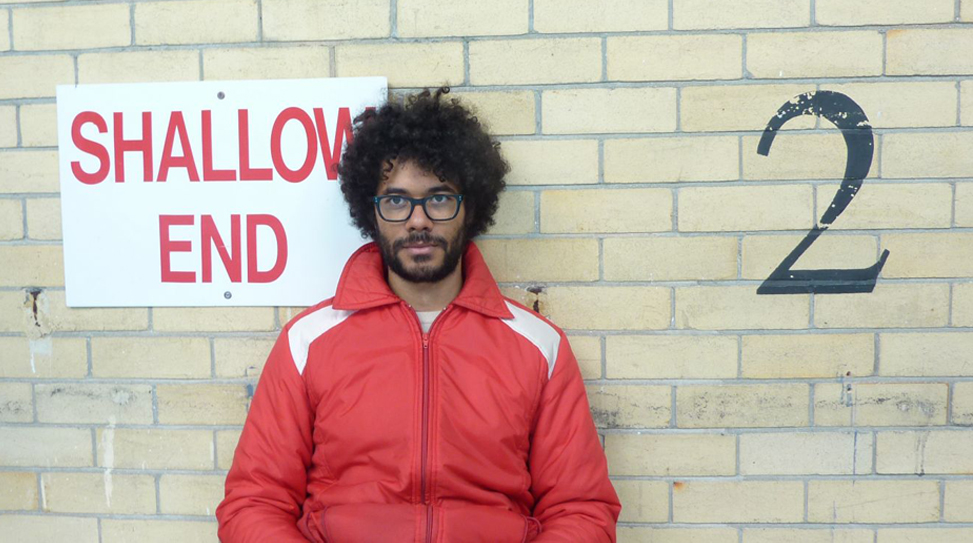 It’s likely you’re already familiar with Richard Ayoade’s sprawling work. In front of the camera, he’s chiefly known for playing the brilliant yet socially inept Maurice Moss on the hit British sitcom, The IT Crowd. He also directed music videos for some bands you might’ve heard of such as the Arctic Monkeys, Vampire Weekend and the Yeah Yeah Yeahs. Now, the 33-year-old is taking his multifaceted career to new heights with Submarine, which marks Ayoade’s first feature film as a director.

Submarine tells the story of Oliver Tate (played by newcomer Craig Roberts), a hormonal and anxiety-ridden 15-year-old moving uncomfortably through his adolescent years. Oliver has two ambitions in his life: to save his parents’ marriage and lose his virginity before his next birthday. An adaptation of Joe Dunthorne’s acclaimed novel by the same name, Submarine is an offbeat coming-of-age story, soundtracked to brand new songs by Alex Turner of the Arctic Monkeys.

Anthem sat down with the unassuming director at the Crosby Hotel in New York to discuss his career in film, TV and music videos.

Submarine opens this Friday in New York and Los Angeles.

You started out doing standup comedy. How would you describe your sense of humor?

The things that I find funny might not be indicative of my sense of humor. I like Woody Allen, Buster Keaton and Richard Pryor. I really don’t know what my sense of humor is. Hopefully, it’s not the same in all the things I’ve done. It probably comes out without too much conscious thought. You’re really only trying to focus on the demands of what you’re currently doing rather than trying to work out how to distill something you have.

How did you end up directing?

Initially, I didn’t think it was even an option. I think it just came out of doing it in university. There wasn’t a career plan then. It just slowly became a possibility, I suppose. When you’re doing something, you’re just devoted to that particular thing, so you tend not to think too far ahead because you have no idea whether that thing is going to work out. If that thing doesn’t really work out, that changes what the next thing is. If that thing does work out, you might stick around and keep doing that.

Submarine is your first feature, but you had already directed a bunch of music videos. What was that transition like?

It was daunting, but not necessarily in comparison to music videos. It’s just a different kind of thing. The writing process is certainly more prolonged and difficult. I suppose the thing about music videos is that, from start to finish, it can sometimes take two weeks. It’s so quick in comparison to film, which can be two to three years.

I absolutely love your “Heads Will Roll” video for the Yeah Yeah Yeahs. That was very memorable.

Karen was very involved with all aspects of that video and she has a strong sense of things. I think she had the idea of some sort of monster attack or some monster maybe doing a dance. I can’t seem to remember much about it right at this moment. The dancer in the video was someone who had done the musical version of Michael Jackson’s “Thriller.” It was filmed underneath the tunnels of the London Bridge.

You also directed a lot of videos for the Arctic Monkeys and Alex Turner wrote several songs specifically for Submarine. How did you all first meet?

I had already known about them because I liked their music. I think I had mentioned to Warp that I always wanted to do music videos and since they had done some stuff with the Arctic Monkeys before, they introduced us when the band was about to put out their second album. It was really through Mark Herbert, who used to be the head of Warp, that this happened. It was a fortunate intersection.

There are a few strands of music in the film. There’s the orchestral stuff, which Andrew Hewitt scored. With Alex’s music, the idea was to have this mix tape that Oliver’s father gives him in the film, which would contain songs that physically exist in the story.

Is the film a big departure from Joe Dunthorne’s novel?

It’s quite different, but only because the book is so first-person. A lot of the pleasure of reading the book comes from its unreliable narrator, which is very hard to replicate in a film. The film is more about the juxtaposition of what Oliver claims versus what you see, whereas in the book, the only thing you see is what he tells you and you infer the rest, I guess. It’s a different kind of experience.

Was Joe involved in the screenwriting process?

I gave him drafts to read and he always made himself available if I had any questions. From my point-of-view, it was a great experience.

How did you find your two young actors, Craig Roberts and Yasmin Paige? Was that a drawn-out process?

It was relatively long, but we had a really good casting person, Karen Lindsay-Stewart. It was about meeting people quite a few times and seeing them do different things. They always stood out, really.

During the early stages, I probably imagined Oliver being a younger version of Joe, but Craig really isn’t like that. He doesn’t look like him and he has very different mannerisms. There’s just something about Craig that was very charming and engaging, and the same goes for Yasmin. There are just people out there that you’re immediately interested in. Some people have that quality and you want to watch them all the time.

And you were friends with Sally Hawkins prior to working on this film together, right?

We’ve been friends for a while. I think we first met at the Edinburgh Film Festival. She was a friend of a friend, originally.

Directors often talk about how casting accounts for so much of their job. It definitely seems to be a sliding scale, but what’s your take on that?

If you have the right people, the majority of your job as a director is complete. If you don’t feel that the people are right, it’s impossible to pull off. A lot of it is set once you decide who’s in it. I’d have to agree with that.

The film has a timeless quality to it because it never explicitly tells viewers what year it’s supposed to be or which decade even. Was that intentional?

It just didn’t feel massively contemporary as a story to me. In the novel, it’s set in the mid-90s. I didn’t want the film to be that specific, just in terms of the production design. I didn’t want to be specific and place the story in a specific time period because it would then feel like it was somehow bound to the mid-90s. I think all coming-of-age stories have a nostalgic quality to them. I love Metropolitan by Whit Stillman and it has a title card that reads “Manhattan – Christmas Vacation – Not so long ago.” I like that as a setting because it’s “fabely.”

I’m working with Avi Korine on an adaptation of “The Double” by Frydor Dostoevsky.

Where do you think your career is headed?

It’s so difficult to know what you’re going to be able to do because you’re only really able to do things that people will allow you to do. It all depends on what comes up, what you’re suited for and what feels right at the time.