The rising star on playing a prostitute in Tony Kaye’s Detachment, her impressive coterie of A-list mentors, and the challenges of balancing school with a career in film. 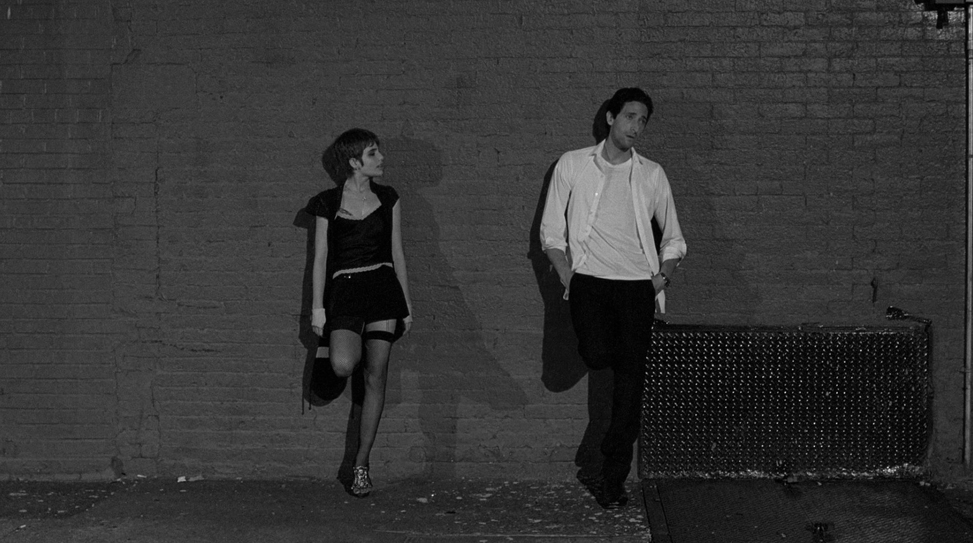 I think Adrien [Brody] has been the biggest mentor to me so far. Honestly, working with him feels like I'm going to Julliard.

Adrien Brody, James Caan, Marcia Gay Hardin, Christina Hendricks, Bryan Cranston, Lucy Liu, Tim Blake Nelson and Blythe Danner… The fact that Sami Gayle not only holds her own against such titans in Tony Kaye’s Detachment, but goes as far as to steal scenes from her seasoned co-stars, is pleasantly surprising to watch. Gayle, at 16, is probably best-known for playing Nicky, the granddaughter of Tom Selleck’s character on the hit CBS series Blue Bloods.

Detachment, not unlike Kaye’s masterpiece American History X, has a lot on offer and Gayle, for one, is primed to explode. It tells the story of Henry (Brody), a substitute teacher grappling with his troubled past. Newly employed at a public school defined by its apathetic student body and frustrated, burned-out administration, Henry rises to the occasion and becomes a role model to his students, as well as a runaway prostitute (Gayle) who happens to be just as lost as he is.

Detachment opens in select theaters this Friday with a national rollout to follow throughout March and April.

Since you’re fairly new on the scene, could you start off by giving us a brief background?

I had been coming to New York, pretty much once a month, to dance on Broadway. I was offered a huge Broadway show, but couldn’t do it because my brother was having his huge Bar Mitzvah. My brother felt really bad about that and when he stumbled on the Broadway revival of Gypsy—I don’t know what made him choose that because he’s certainly not a theater person—he thought I should try out for it. I asked my mom if I could come up to New York—I’m from Florida—and she said “yes”. I went in for the open call with a thousand other kids. I got the part and did its entire run at the City Center and on Broadway. From there, I did Dr. Seuss’ How the Grinch Stole Christmas: the Musical. I also did Family Week, which is Jonathan Demme’s first play.

How did Detachment come about?

I went to an audition for a commercial that Tony [Kaye] was directing and he gave me the script for Detachment there. He said, “Don’t worry. You’re not playing the prostitute.” [laughs] So he had me thinking that I was going to play the part of Meredith. At one point I was like, “Tony, I love the script, but Meredith doesn’t seem like someone that looks like me.” Then Tony said, “Oh, don’t worry. You’re going to be playing Erica.” I was like, “What?!” I was supposed to be gung ho about playing a prostitute? [laughs] He put me in front of the camera and told me to say something, and I did. Tony then said, “We’re not going to find anyone better. You’re hired!” It was definitely a difficult decision to make.

Did you address your concerns right away?

My parents, Tony and I sort of talked about how Erica would be portrayed. There wasn’t going to be any nudity involved. I like to think that I play a classy prostitute. [laughs] After that, Blue Bloods came along, the TV show that I’ve been on for two years now. I also filmed some other movies. I did The Congress with Robin Wright, Paul Giammati and Harvey Keitel, which will come out in 2013. Ari Folman directed that one. I did another film in New Orleans with Nicholas Cage called Stolen, which will come out this spring/summer. I’ve been very fortunate to keep doing this sort of thing. I absolutely love it. But Detachment was definitely the springboard for my career. I took so much away from that experience.

I was just talking to Adrien and he mentioned how working with you on this film felt like he was Robert DeNiro in Taxi Driver to your Jodie Foster.

[laughs] That’s how it felt for me too!

You’re surrounded by these incredible mentors at the beginning of your blossoming career. Have you fully processed that yet?

Not at all! I think Adrien has been the biggest mentor to me so far. Honestly, working with him felt like I was going to Julliard. But instead of going for four years, I went for four weeks. He was like the Albert Einstein of acting professors and I was a sponge soaking it all in. It was like a flood and I took as much as I could. [laughs] I watched Adrien, James [Caan] and Lucy [Liu]. Adrien has been so helpful even after we finished shooting. When I found myself in the trunk of a cab with water and fire threatening my life in the Nicholas Cage movie, I was thinking, “What would Adrien do?” He taught me the myriad of ways in which to obtain a believability in a character. He has been a really, really, really important influence.

Detachment is filled with emotional and conflicted characters, but I think your character is the most damaged. Can you recall a particular scene that was more difficult for you to pull off than others?

It was actually the last scene that we shot. The scene on the bus. That was difficult because I didn’t have any real insight into what’s happening in that scene. It was really important that Adrien and Tony provided me with an environment in which I could be comfortable. Being self-conscious as an actor totally plays on camera. I didn’t want to be that way because, unfortunately, Erica feels so comfortable in this kind of surrounding. And it was really important that I played innocence as well. I didn’t just want her to be a prostitute. She’s a troubled girl who needs somebody to pick her up off the streets and show her a better way of living, and Adrien’s character does that for her. I’ve never seen an actor be so generous and kind, to sit there and take the time to go over every line with you. I couldn’t have asked for anything better. Also, the scene where Child Protective Services takes me away was really intense to shoot.

That scene reminded me of the ending of A Little Princess. Have you seen that movie?

I haven’t seen that movie! From the sound of it, it seems like a sad movie.

Well, that particular scene is sad.

Hold on… Is it adapted from a book?

My grandmother used to read that story to me and it was my favorite story! I didn’t realize it was also a movie. Is it about a little girl who’s an orphan?

Sara Crewe! You should really check it out. I think you’ll like it. It’s directed by Alfonso Cuarón.

Oh my god, you just brought back such great memories.

Balancing films with school seems hard enough as it is, but you’re also on a TV show. How do you manage your time?

School isn’t optional to me. It’s something that has to get done. I’ve been taking AP classes since I was a freshman in high school. It’s very important. I’m definitely planning on going to college. I have a tutor on set. I’m studying in a virtual school through the Florida school system, so I have teachers available to me 12 hours a day. I make it work. I’m very driven with school. I can sit from 7 in the morning to 10 at night one day and just get all the school work done for the week if I know I have other obligations like this interview. I was doing homework last night until 10 at night! I think this movie shows how important it is to be well-educated and to have strong parental influence, which, fortunately enough, I do have.

I think, for people on the outside looking in, this set up you have might seem strange, which is totally understandable.

At the same time, you’re surrounded by these amazing mentors around the clock. It doesn’t seem so bizarre if you look at it that way.

I think the biggest educational mentor would be Mark Feuerstein. I really respect him as an intellectual. On his dressing room wall, every single morning, he has a new word of the day—huge words. [laughs] And Adrien has been the biggest acting influence. Tom Selleck, my grandfather on Blue Bloods, is another one. Donnie Wahlberg helps me with my singing. I have a lot of great mentors.

Do you have an ideal career path in mind?

I would love to explore comedy because it would be different from what I usually do. I also want to continue doing stuff with a lot of depth. I really enjoy doing the edgier things. I would even love to do some stuff like The Glass Menagerie. I would love to work with Adrien and Tony again.

Tony is unfortunately in L.A. right now so I’ll have to talk to him on the phone, but he seems a little intense.

You’re not wrong about that. He’s intense! But he’s also the sweetest and nicest person. He sees things in such a creative way and has a different vision than anybody else I’ve ever met. He makes these films that are really creative and full of impact. He addresses social issues in a really eccentric way. I’m thoroughly moved by Detachment, not by my own performance because it’s hard to watch myself, but by the film in general. Adrien’s performance is just… wow. [laughs] I think that’s all you can say about that.

The entire ensemble is pretty spot on.