Samuel Maoz’s Lebanon—the winner of the Golden Lion for Best Film at the 66th Venice Film Festival—is a searing rumination on the Israeli filmmaker’s own account of the 1982 Lebanon War. Rendering his scorched memories with maximum fidelity, the film teems with all-too-real scenarios that pit viewers in the unpredictable storm path of human emotions […] 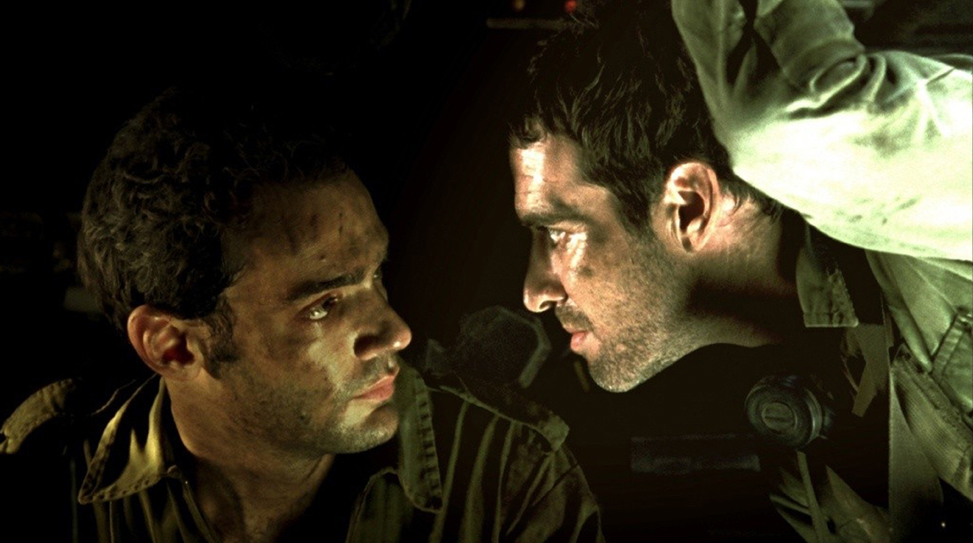 Samuel Maoz’s Lebanon—the winner of the Golden Lion for Best Film at the 66th Venice Film Festival—is a searing rumination on the Israeli filmmaker’s own account of the 1982 Lebanon War. Rendering his scorched memories with maximum fidelity, the film teems with all-too-real scenarios that pit viewers in the unpredictable storm path of human emotions as a group of crumbly soldiers rumble across merciless terrain in a claustrophobic tank with only its crosshairs to guide their journey. And while the film can seem deceptively simple considering its sparse dialogue and minimal narrative content, Maoz’s ability to hypnotize and hold an audience in a state of aural and visual bondage is unforgettable. Simply put, Lebanon is one of the most visceral war films to ever grace the silver screen.

During our recent sit-down at the Loews Regency Hotel in New York, Maoz shared with Anthem a thing or two about the art of perseverance.

Lebanon gets its limited release this Friday in Los Angeles and New York with a national rollout to follow.

You were a gunner in the Lebanon War. What does a gunner do, exactly?

Put the cross on a target and pull the trigger. [Laughs]

Do they simply point and say, “You’re a gunner” or do you have a say in the matter?

My obligation was simply to go to the army. If you’re healthy, aren’t qualified to be a pilot and don’t want to volunteer to be a ground soldier, they usually send you to the tanks. The tanks are, in a way, the proletariat of the army, the working class of the army. This is very tough. When a pilot kills, they are in the sky, but when a ground soldier kills, you really feel the bullet because you can see the eyes of your victims.

After serving in the army, it took you nearly 25 years to actually start working on the screenplay for Lebanon. Why so long?

I just needed to find some understanding for what I went through first. But I always thought about writing it. I can tell you that after one or two pages of writing the screenplay, I could start smelling burning flesh again. I didn’t want to make this film as someone who was simply there, I wanted to do it more as a film director who can take these painful memories, process them and create a film that will work.

Could you talk a little bit about the tank in the film? There are a lot of interesting visuals attributed to it—it’s dripping oil, which resembles blood and the pool of water inside the tank reminds me of a digestive system.

The relationship that I had with the tank during the war was complicated. On one hand, you’re locked inside it. It’s claustrophobic, extremely hot and very stinky. On the other hand, it keeps you safe. My doctor told me that the tank is like an animal in a battlefield. When you’re running around the battlefield, you don’t realize that there are people inside those tanks. In a way, I did want the tanks to become characters, to feel that you’re inside the stomach of an animal. As for the oil, it’s meant to read as blood like you were saying. The noises are meant to seem like the tanks are screaming.

The film is definitely experiential. There’s not much going on in terms of dialogue or narrative content.

From the moment I started writing the script, I knew I didn’t want too much dialogue. It was all about what’s going on inside the soldiers’ minds during the war. I remember asking myself, “How can I tell this kind of story?” Then, I came to understand that the only way to deliver it was through the stomach and the heart. And to understand what war is, you have to create an experiential experience. You, as a viewer, only see what the soldiers see and you only know what they know. You’re not meant to be an objective audience. That was the only way for me to accurately explain what it was like to someone who wasn’t there.

What was the working process like with the actors on set? How did you get them to that place where they truly understand the risk of being at war?

You can’t really prepare someone for something like that. Instead of explaining it, I locked them away in a very small, dark and hot container for a few hours. After 2 or 3 hours in such extreme conditions, we would knock on the container in a way that’s very similar to an attack on a tank and they would jump from 0 to 100. After that, you just look into the eyes of the actors and you know they get it. I also shot the exterior shots before the stuff inside the tank. So, instead of explaining to the actors what’s going on outside the tank, I did a rough edit of the footage that we’d shot and screened it on the monitors on set—they would react exactly as they would in a real situation like that. The war influences the tank; it doesn’t give a damn about what goes on inside the tank.

Was making the film a cathartic experience for you?

I wouldn’t deny that it was the best treatment that I could buy for myself, but it wasn’t really intended for that. It was more about learning along the way. I was ill and now I found the cure. I feel more complete. The war is still the first thing I think about in the morning and the last thing I think about before I fall asleep—not every day, but generally speaking, it’s true. I feel lucky because I found a way to unload that trauma. It was locked away inside me for a long time. A lot of people who come back from war can’t find that kind of solace.

You can deal with grief in ways that most soldiers can’t, though art.

Exactly. That’s why I feel very lucky to have this passion for filmmaking.

Did you always want to become a filmmaker?

When I was around 5 or 6, I had an uncle who would take me to see two to three films a week. One film that I liked a lot was a Western and it had this shot of a train approaching the camera. As a kid, that really impressed me. When he gave me a 8mm camera with a 4-minute film roll, I put the camera in the railway, waited for a train to pass, pushed the on button and the train crushed the camera into a million pieces.

You definitely learn by doing.

Now that Lebanon is behind you, are you going to continue making deeply personal films?

I think I’m ready for a black comedy.

I can’t tell if you’re being serious or not.

[Laughs] I think I’m ready for something different. I have some ideas in my head right now. One has to do something with war, but not with war itself—something that deals with the aftereffects of war. But I don’t know if I have the energy to start dealing with war again. Considering the success of Lebanon, I’m lucky that I can pick and choose what I want to do next. So, we’ll see. It’s funny because when you’re in war, you don’t have a set schedule like this; it’s all about survival. You don’t think about what’s going to happen tomorrow. I try not to think strategically. I don’t think about what’s best for me now or what people expect. I listen to my gut and my heart. I just hope that everything will work out in the end.