The actor of Fringe fame on his early years, his latest film Allegiance and why you shouldn’t be an asshole in Hollywood. 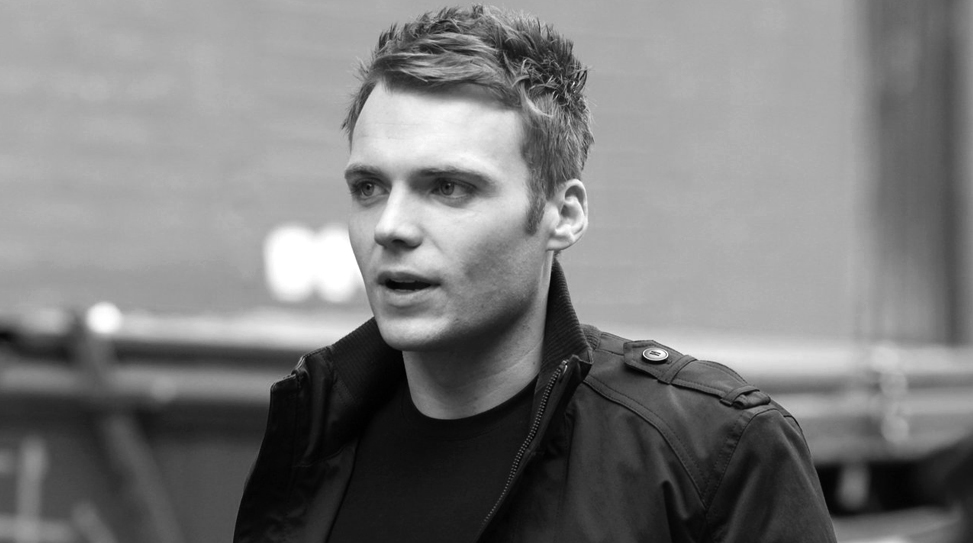 I find that the more you're a warm loving person, the more people want to continue working with you. And better the work will be that you put out there.

Seth Gabel is probably best known to us now as Lincoln on the hit FOX series Fringe. But like many actors, the 31-year-old Florida-native was right under our noses with his far-reaching work in small or recurring TV roles since 2002: Sex and the City, Nip/Tuck, CSI, Law & Order: Special Victims Unit and United States of Tara among them. It proved a family affair when he went onto star in his first Blockbuster The Da Vinci Code, taking direction from his father-in-law Ron Howard—Gabel is married to actress Bryce Dallas Howard and they have two children together. With his most recent role in Mike Connors’ Allegiance, Gabel steps into the shoes of Lieutenant Danny Sefton, who becomes embroiled in a last minute AWOL attempt by one of his soldiers in a National Guard unit, forcing him to choose between his loyalties to the fleeing soldier, his unit and his fiancé.

Allegiance is based on the director and producer’s own personal experiences while serving in the military and pays tribute to the 21 million veterans living in the United States today. The film was written, directed, produced and financed almost entirely by war veterans.

Allegiance is currently available on VOD and will hit theaters in New York on December 28 and Los Angeles on January 4, 2013. You can also soon catch Gabel on CW’s hit TV series Arrow.

You grew up in Hollywood, Florida and now you’re a working actor in Hollywood, California. When did you realize that acting was something that you could pursue?

When I was 11, my friend Josh Gad—he’s also an actor now—asked me to check out an acting camp with him, just to try it out for a day. They had a vending machine there and I was able to reach my hand in to sneak out some candy. I loved being there. [Laughs] I kept telling my mom that I wanted to go back to acting camp. I spent the summer there and starred in a couple of plays. I started to fall in love with the process of acting. I continued to go back to that acting camp and eventually decided to study acting at NYU. That’s where I met my wife [Bryce Dallas Howard]. I started auditioning in New York and got a guest spot on Sidney Lumet’s 100 Centre Street and worked with some older actors. From there, I moved to L.A. and here I am still doing it.

Are the reasons why you act now pretty much the same as when you were first starting out?

I don’t do it for candy anymore. [Laughs] I remember my first play, a Western, and trying to figure out how to sound like a cowboy. It was going well and I could feel myself transforming into someone else. I loved that I could bring something from myself to that kind of character and gain insight. It was exciting to step into the shoes of another person basically. That’s the part of the acting process that I’m really hooked on. You can learn a lot about yourself from that experience.

Seth Gabel is your stage name. At what point did you decide to drop Cosentino?

I got Cosentino from my adopted stepfather. We had an agreement that I should come up with another name because I don’t look Italian at all. I thought about it for a long time and he helped me come up with a new last name. When I was growing up, I heard a story about Martin Gabel, an actor from a long time ago who happens to be my great-uncle. He was always asking himself whether to act or not. It was much harder for him in those days because his father said he would disown him if acting was a career path. Acting was seen as a form of prostitution in those days and there was a stigma attached to it. He had to make a bold choice and sever from his family in order to pursue acting. He ultimately reunited with his family and I was inspired by that story. It made me want to take whatever risks I need to take in order to pursue my dreams. That’s why Gabel is my last name.

What drew you to the role of Lieutenant Danny Sefton in Allegiance?

I sat down with Mike [Connors] and Sean Mullin, one of the film’s producers, to talk about the script. The film seemed so profoundly authentic. Mike and Sean were both in the National Guard together and had firsthand experiences of what goes on in the film. It’s a loose interpretation of the direct experiences that they had. Also, sitting down with ex-Navy SEALs, the Green Berets, National Guardsmen and Active Duty Soldiers, we talked about what their own experiences were like and continue to be. What I find special about this film is that it gives you a glimpse into what the real experiences are like for these soldiers, not just a general account of war. It gives you great insight into the common man serving in the National Guard units. There’s a real sense of brotherhood in the film. Soldiers fight for the person to their left and their right. They’re fighting for their country, but their motivation has so much to do with fighting for the love of the person next to you.

No, fortunately. After sitting down with them, they offered me the part and I gladly accepted.

Was there physical training involved prior to the shoot?

I did bootcamp with the other actors, which was really great. But the biggest thing that concerned me was making the salute look authentic because if the salute looks real, you’ll believe that I’m a real soldier. I worked on the salute for a whole year and tried to surprise myself every day. When we started filming, I alienated myself from the group and let my character’s circumstance just work its way out where I slowly come back to the group again later on.

How did you end up doing so much TV work?

It just happened that way. I guess I found a niche in my 20s in the TV world. What’s great about TV is that, when you have less credits under your belt, you can do really cool guest spots. Guest spots usually lead to more guest spots or recurring spots on other TV shows. The quality of the stories being told on television is improving year after year.

TV seems like a huge investment for an actor. If you sign on for a recurring role, they can own you for however long. I’m sure you experienced that on Fringe.

Definitely. I’m very selective when it comes to pilots and TV jobs where I have to sign on for a long time, for better or worse. You have to be very discerning when you read scripts and when you’re considering the other people involved. I’ve been very fortunate that the people I’ve been able to work with have been special in terms of their creative voice and the kind of attention they give their shows. I’ve never been in a situation where I was disappointed.

You recently joined the cast of Arrow. Who do you play?

I play Count Vertigo. My character is an adaptation from the comic books and they call me The Count. Instead of having real superpowers, my superpowers are manifested in a drug called Vertigo. The Count is a drug kingpin who rules the streets of Starling City, pushing this latest and greatest drug on everyone—they’re all hooked on it. I’m acquiring wealth and power, and at some point, the Vertigo drug affects a devoter of the Arrow character in a negative way. From there, he essentially seeks revenge.

Do actors have any room to improvise or offer creative input on heavily scripted TV shows?

It depends on the situation. Sometimes you’re in a situation where you don’t know the writers or the creators that well, so you’re just a hired gun and you do the best you can. Other times, the writers make it clear that they’re open to collaboration. With that, you feel comfortable working more closely with the other actors and maybe improvise a little bit to improve certain scenes. Even if you don’t end up changing things significantly, you begin to question things more and gain more insight into the dialogue, for instance. I had a lot of fun on Dirty Sexy Money because Peter Krause was also one of the producers on the show. That gave us an opportunity to play around more and not really worry about making things the way they were written on the page. Craig Wright [the creator] was very encouraging of that process as well. I think that always improved the quality of the work we were doing. But oftentimes, things are fine as is and you don’t have to change anything.

Is it challenging balancing your work life and your family life?

It’s all about playing it by ear. We’ve been trying to figure out a routine for ourselves. Mainly, we’re thinking about what works best for our kids. We’ve embraced a nomadic lifestyle as actors while, at the same time, keeping things as stable as we can for our kids. Bryce and I’ve been lucky that we haven’t had too many jobs where we have to work at the same time, but that has certainly happened in the past and we dealt with it. We know we’ll have to deal with it again, but it doesn’t seem like anything that we can really plan for. You just have to go with the flow. One of us could be working in town in L.A. and the other could be on location in Canada or we could both be working in different parts of Europe.

From your point of view as a working actor, what are some misconceptions about the film industry?

I think one of the biggest misconceptions about the film industry is that you need to be cutthroat to get ahead. I find that the more you’re a warm loving person, the more people want to continue working with you. And better the work will be that you put out there. I encourage anyone going into the industry to bring their own authentic self to whatever they’re creating.