Q&A with the Dardenne Brothers

The double Palme d’Or-winning duo on the casting process, finding their “realism,” and their tenth feature film The Unknown Girl. 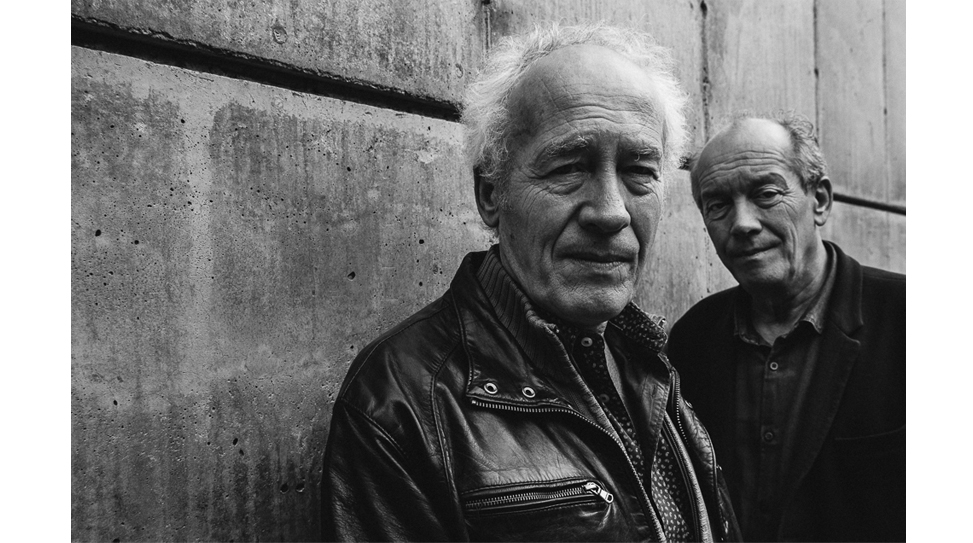 It's always a question of rhythm between the actor and the camera. There's no recipe. The reality has to sort of emerge from that.

Jean-Pierre and Luc Dardenne’s typically unfussy and dressed-down The Unknown Girl is absolutely in line with much of their tried and tested realist dramas: a good-natured protagonist’s urgent and single-minded quest, threaded with needling observations about social inequities. The Belgian duo shows dramatic restraint, moments of insight, and flashes of emotional perception.

The unknown girl in question is an African immigrant captured on a surveillance camera at Dr. Jenny Davin’s—smartly underplayed by Adèle Haenel—practice well after normal business hours. “If it was an emergency, they would have ringed twice,” the young physician assures her underling, deliberately ignoring the buzzing intercom downstairs. The following day, two detectives approach Jenny to question her about an unidentifiable body that was found by a neighboring riverbank and to go over her CCTV footage. She’s astounded to learn that their Jane Doe is the same finger behind the late-night visitor at her intercom. Once a paragon of responsibility and now racked with guilt over a death she could have potentially prevented, Jenny embarks on her own investigation as a sort of amateur sleuth to find out what might have happened to the nameless girl and why.

The Dardenne brothers’ miniature odyssey adopts a trailing and parable-like style, and Jenny joins a group of other ordinary yet memorable protagonists that began with Émilie Dequenne in Rosetta, which won the permanent Cannes fixtures their first Palm d’Or in 1999. Their time-honored ability to say much more than meets the eye is an enviable trait that’s often copied but rarely replicated.

How do you think The Unknown Girl has been received in relation to your other films?

Luc Dardenne: Well, the reaction was honestly a little mixed at Cannes and we re-edited the film after the festival. We shortened it by about six-and-a-half minutes to internalize Jenny a bit more in the viewers’ minds. But the general response has been extremely positive.

That’s really rare, I think. Most filmmakers wouldn’t be so honest.

Luc: This is an unusual case. This is the first time that we’ve ever gone back into the editing room. I think it’s because—for the first time ever—we went to edit the film almost immediately at the end of the shoot. We usually wait two weeks. So we were still trapped in the sequence of what we’d shot. We were unable to strike the right balance between Jenny’s life as a doctor and her quest for the name of the girl, which was something that challenged us from the beginning.

That Jenny might be the unknown girl herself is obvious because we know very little about her outside of work. But her obsessive quest already reveals so much about the kind of a person she is. Did you write a more extensive background that’s maybe not on the screen?

Luc: Yes, because we did initially try to have a history and a private life for Jenny. But we saw that the film was going too much in the direction of the relationship between her private life and the quest for the name. We decided that what we really wanted was to focus on Jenny’s guilt and how her guilt touched all of these other people she came into contact with. So we removed her private life. The only thing we kept was her opportunity to go onto work for a more successful upscale clinic, which she ultimately decides against in order to focus on her investigation.

Are your casting choices very intuition-based? How do you describe what you’re after?

Luc: It’s a process. We meet the actors several times before deciding to cast them in roles. Take Olivier Bonnaud, for example, who plays Julien the intern. The first time we saw him on camera, he had a beard and really looked much older than what we had envisioned for the character. But on the other hand, we felt like there was something in his presence and in his voice—a feeling—that we wanted for Julien. So we asked Olivier to shave and then come back to see us. We also gave him the text so he could try it again properly. What we like to see is the strength and the resistance that the actors’ bodies have in relation to the camera. We want to see that they won’t just “go through the lens.” I’m trying to rationalize something right now that’s actually quite nebulous. When an actor is able to resist and remain silent, it’a good thing. That’s one clue.

How do you honestly feel about revealing so much about your intimate, creative process?

Jean-Pierre Dardenne: It’s not so much that it bothers us when we talk about it, but we do get the feeling that we never really tell the truth. These things happen when it’s happening. When we talk about the process and explain it, we’re trying to encapsulate it in a way where it’s more digestible. But it’s not the same as the real thing. It’s a difficult thing to describe, you know? It’s a lengthy process for us. Our casting process alone takes up to three months. The rehearsals take a month to a month-and-a-half before shooting. This kind of piggybacks on your question about eliminating and paring down whatever is unnecessary because we spend a lot of time doing that. When people talk about the realism in our films—if you look at it closely—it’s not realistic.

How often do you get counterintuitive to get what you want or need out of a scene?

Jean-Pierre: When we work with actors during rehearsal, we work on location with a small handheld camera. So when we’re looking at the actors’ movements—turning around or sitting down—it’s in relationship to the camera. I’m going to give you an example from Two Days, One Night where Marion Cotillard falls to the ground. When we were watching her without the camera, she was doing it very well. It surprised us and it worked. But once we watched it from behind the camera, it didn’t work anymore. It’s always the same story: If an actor does something very well naturally in real life, we have to then go find it again with the camera to create that element of surprise. In that particular scene, we had Marion’s husband character wait a touch before bending down to find her. So when you see her disappear, you don’t exactly know what happened at first because the camera is fixed. When you see the husband bend over, that creates the element of surprise. It’s always a question of rhythm between the actor and the camera. There’s no recipe. The reality has to sort of emerge from that. And you just have to try hard not to be brilliant with it. You have to avoid all of those traps, like trying to be seductive or trying to be brilliant.

Luc, you said in an interview many years ago that actors nourish themselves on the process over the course of filming. Do they undergo a transformation that’s very noticeable to you?

Luc: Yes. There comes a time when the actor is completely present, as if they’re no longer creating the character. And I mean as if because they’re of course always working. It’s as if they’re naked.

Jean-Pierre: We’re also always trying to find the right camera angle that will render actors most present. So it’s a combination of that. Remember: This is not a rule.

Luc: When we’re working with an actor, there’s always a point of exhaustion where they’re in less control. Sometimes, when they reach that point, incredible things can happen. But that also means they have to be humble. Nowadays you have actors that, after three takes, will stop because they think they were absolutely astounding and “That’s it.” They earned a little bit of money so they think they can call the shots. This is why there are a lot of bad movies out there.

Jean-Pierre: We also don’t want actors “performing” in our film, like showing off their abilities.

You make one movie every two or three years. In those transitional periods—

Luc: We’re obviously thinking about the next character, the next situation, the next story… We’re reading newspapers and listening to what’s going on in the world. Everything is filtering through. We talk about it, talk about it, and talk about it. Like you or anyone else, we continue to live. And we’re a bit like vultures circling, in search of our next victim for stories and characters. [Laughs]

Do you always work on one project at a time, or consider many projects at once?

Luc: We’re only involved in that one project.

What’s coming after The Unknown Girl? Do you have a project right now?

Luc: Not yet. We’re in an empty place right now.

Is that scary for you?

Jean-Pierre: That’s why I have trouble sleeping, like Doctor Jenny. [Laughs]