The English actor on the inevitability of typecasting, settling into characters, and Per Fly’s Backstabbing for Beginners. 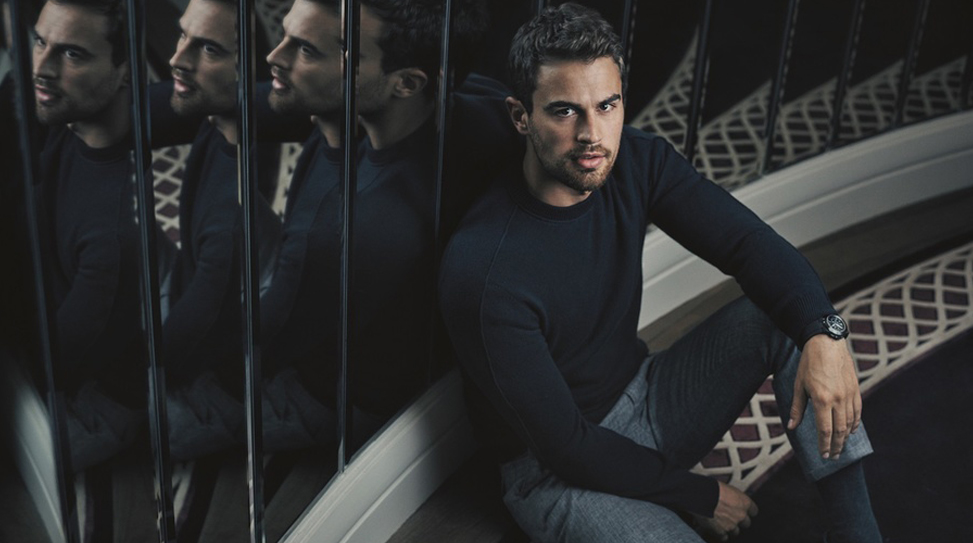 Actors live very cushy, non-threatening lives so I think a little bit of adventure is okay.

The United Nations Oil-for-Food program started in 1996 as a way for Iraq to sell enough oil to provide food, medicine, and the stuff of life for the Iraqi people suffering from the sanctions imposed after the first Gulf War. At least 65% of the money did go to the hungry, but the remaining 35% can hardly be ascribed to administrative fees. Saddam Hussein himself pocketed $1.7 billion through kickbacks and inflated invoices, and another $10.9 billion through illegal oil smuggling.

Based on the true story of the Oil-for-Food scandal that plagued the U.N. around the time of the 2003 invasion of Iraq and the adaptation of Michael Soussan’s memoir of the same title, Per Fly’s Backstabbing for Beginners serves the cause of emotional truth. When 24-year-old Michael (Theo James) lands his dream job at the U.N. as an entry-level aide—at first wanting to follow in the footsteps of his diplomat father—he quickly finds himself at the center of the hopelessly corrupt Oil-for-Food. Pasha (Sir Ben Kingsley), the Undersecretary General charged with running the program, schools the impressionistic newbie with a blend of fatherly indulgence and oddly-timed profanity. After a U.N. official is killed in Iraq, Pasha whisks Michael off to Baghdad, confident that he’ll report on the successes of Oil-for-Food to the U.N. Security Council. How much Pasha believes in his own persuasive patter remains a mystery, but when Michael discovers the unwieldy program to be deeply corrupt, so does the extent to which he must justify his own collusion.

Backstabbing for Beginners hits select theaters and On Demand on April 27.

I came across some clips of you traveling to Greece with the UNHCR in 2016 to learn more about the refugee crisis and also to Strasbourg at the end of 2017 to catch up with one of the refugees whom you’d met on the first trip. I was just wondering if Backstabbing for Beginners gave rise to that opportunity because the U.N. is so much at the center of the film.

No, it didn’t, and I actually believe wholeheartedly in the institution of the United Nations. I think it’s extremely important. But since part of Backstabbing for Beginners is a true story about some corruption endemic in 2003 in the Oil-for-Food program in the United Nations, they’re opposing in a way. The film isn’t really a critique of the U.N. It’s really a critique of what happened in the Middle East and Iraq post-2002 with the Western powers.

Obviously, Syria is a huge, horrendous humanitarian crisis at the moment. But the reason I went, really, was to highlight my grandfather. In the Second World War, prior to serving in the Navy, he was in Athens. He swept through Athens and escaped on a little boat with 13 or 14 other people in the Aegean. They crossed the Aegean, nearly died, ended up in Turkey, and made their way across to Damascus where they were kind of welcomed and helped. I guess the idea of talking about and visiting Greece with the perspective of my grandfather’s story was to highlight that people have very collectively short memories. At the moment, there’s a lot of backlash against large immigration populations and refugees coming out of Syria and this seven-year civil war. We have to remember that, not that long ago, our own grandparents were doing the very same thing—they were going in the opposite direction. So that was kind of the emblem behind the trip, I guess.

Wow. I’m sorry we can’t discuss that more in-depth. That’s an interview in and of itself.

This is quite a 360 from that, but Variety wrote in their review of the film: “a very good Theo James, whose inordinate handsomeness for once doesn’t actually shatter one’s suspension of disbelief.” Did you ever feel like you had to overcome your looks to be taken seriously?

Not specifically for looks, but with this tethering to one certain thing, you’re going to have to struggle against a little bit of typecasting inevitably. I mean, that quote is kind of hilarious. I don’t look in the mirror and—I see a regular dude. So the concept is a very strange one to me. But yes, inevitably, you’re gonna have to fight certain typecasting. That’s part of being on screen, really. People see you as a certain thing and you’re gonna have to push hard to be more than just that.

It’s definitely flattering for the reviewer to say. I think…

Did you have a chance to meet up with Michael Soussan in your preparation?

Yeah, I did. I met him in New York and we sat for a long time, through dinner and many, many drinks. We got to know each other a bit, but really, I just listened to him talk and that was very fascinating to me. I was able to do the research on him because he wrote the book and there’s material out there that I can read, but what I was looking for when talking to him was the personal effects of having to go through something like this: having to whistleblow and being witness to massive lies-filled corruption. What was interesting to me from that interview and then subsequent ones with him was that we think about the whistleblowing, but we often don’t think about the toll it takes on the individual. In a way, the event that’s catalogued in the film defines and will continue to define Michael for the rest of his life. It will affect his emotional stability, his family, and his moral compass. I found it very, very important to hear his story.

How do you capture the essence of the character that’s on the script page? How do you develop the portrait of a character that you will ultimately present to the audience?

It starts in development. I think you need to have a strong idea of how and in what way you want to play this character and what message you want to give with this character. I think a character can be really hard, but usually, for me anyway, it’s fairly instinctual. You read a character and think, yes, this is hard or this is medium, but I know instinctually the way into this character, whether that’s in terms of his personality or something you like about him. You have to form that connection. When you don’t have that connection is when it can become really difficult. Beyond that, it’s a little bit of trial and error, you know? You have to try things on set before it makes it into the cut because you have to see what they feel like and the director has to see what they feel like.

This film is a very thoughtful, kind of quiet, existential story about a young man coming into manhood, but also about understanding the nature of lying, truth, and his own morality. Per [Fly] and I sometimes discussed and argued about how exactly that would come across. In the end, I think it worked very well because Michael was a very quiet and thoughtful person, which is the key, really. This is a complicated way of saying it… You have to live in the character, but also often assess the situation as your own self: “Well, how would a person react to this?” And sometimes you have to remember that you’re not playing yourself. You’re playing a version of yourself in another character, if that makes sense. Anyways, it’s a long process of trial and error.

When you work with someone like Sir Ben Kingsley or Woody Allen or Jim Sheridan, are you paying closer attention to figure out for yourself what made them so iconic?

No, I don’t think it’s as conscious as that because when you go into something, you have your own insight into it. Otherwise, you’re gonna be too daunted by the legacy of someone’s work or celebrity. But you’re definitely open to their suggestions in a way you might not be with other people. You’re more open to collaboration. In a nice way, I find that the real pros are the ones who are the most prepared—always. They have an investment in the scene, in the film. That’s why it’s important. I think if you stop investing in a film as an actor, even if you’re Sir Ben Kingsley or DeNiro or whoever it is, the fear of the dead eye encroaches, which is when there’s no life behind the eyes. That’s when things tend to go sideways.

Did you feel safe filming Backstabbing for Beginners? I read some stuff in the trade papers about how Josh Hutcherson left the project due to possible safety concerns.

I think he didn’t want to shoot in Jordan. I wanted to shoot in Jordan because I thought it’s fucking beautiful. That didn’t worry me to be honest. Jordan and Morocco actually seemed safe and, you know, you’ve gotta take some risks when you’re trying to take on a story like this. Actors live very cushy, non-threatening lives so I think a little bit of adventure is okay.

Drake Doremus’s Zoe is world premiering this month at the Tribeca Film Festival as its centerpiece selection. You’re in that with this amazing ensemble. It’s an intriguing premise.

Yeah, it’s a very interesting, hopeful piece about the nature of love and the future of the soul, really. It’s about two scientists who build a piece of equipment that has more human characteristics than some humans themselves. They begin to fall in love. Then he [Ewan McGregor] builds a companion robot, which is me, for her [Léa Seydoux] almost. It’s a kind of existential love triangle, basically. It’s a very thoughtful, and delicately and beautifully made movie.