The iconic actress on meeting her longtime collaborator Luca Guadagnino, language and the visual feast that is I Am Love. 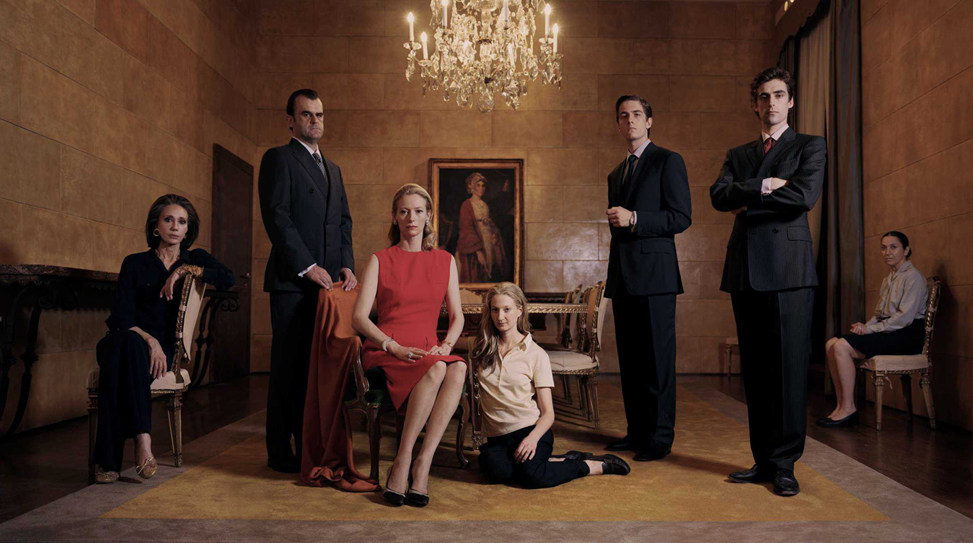 Tilda Swinton is intimidating. The thespian’s colossal stature in the world of film and fashion is only partly to blame for it. Towering at 5’11, a height further accentuated by heels and a spiked-up hairdo, meeting her face-to-face is much like standing before an indestructible pillar. Hiding behind an inscrutable, expressionless face and armed with a no-nonsense attitude during our recent sit-down in New York City, we quickly learned that she’s impossible to faze. Case in point: Back in 1993, director Luca Guadagnino (then an unknown 22-year-old student) accosted Swinton outside a theater in Rome, pleading her to appear in a short film he had written with her in mind. While an ordinary actor might have given the overzealous fan a brash brush-off, the extraordinary Swinton took a chance and the two have since embarked on several film projects together.

Fast-forwarding to the present, Guadagnino and Swinton have unveiled their pièce de résistance, 11 years in the making. I Am Love follows the story of Emma Recchi (Swinton), the matriarch of a wealthy Milanese family who leads a life of luxury in her meticulously ordered world of butlers, housekeepers and private chefs. But when a chance encounter with a younger man suddenly ignites her dormant passions, Emma sets out on a journey towards a glorious reawakening.

From what I understand, this film has been somewhat of a passion project for you.

I love the term “passion project” because it implies that a project might not be a passion project. Luca and I’ve been friends for a very long time, nearly 20 years now. We dreamt it up together. We started getting more concrete about it about 7 years ago, but we’ve been talking about it for 11 years. We wanted to make a film that’s like a modernist adventure, that’s also very classical.

Was your character in the film always meant to be Russian?

No, she wasn’t. In the many nights that Luca and I spent over a bottle of wine, there were times when she was going to be from New Orleans. I guess we would’ve had Jambalaya in the film had that been the case. [Laughs] But she became Russian fairly fast. It’s so funny talking about this whole process because it was like picking things up and shaking them. [Swinton holds imaginary objects to her ear and shakes them.] “Is it in there? No, it’s not.” Picking things up and shaking them. “Is she from Scotland? No, she isn’t.” “Is she from France? No, she isn’t.” “Is she maybe from Soviet Russia if we’re going to set it then, which means that it’s a place she can never go back to no matter how much she evolved?” Her being Russian also probably had something to do with Tolstoy. Again, I’m making it sound much more determined than it actually was, but, organically, it felt right for her to have this very well-composed exterior life. And she’s not particularly communicative.

Emma’s obviously Russian at heart, but she becomes the matriarch of an Italian family after marriage. You also speak a bit of English in the film as well. How significant is the role of language in the film?

The whole issue with the language is, of course, very important. I don’t want to use words like “character” because it always seems so fake in my mind. I don’t think in terms of character and I’m not really interested in any of that. The whole issue about whether a person is communicative or not, it’s really an important part of looking at how they behave in the world. Emma is an alien because she’s speaking and living in a land that’s not her own. She only speaks her own language with her first son, Edoardo. She had the child, but she probably didn’t speak to him in Italian for the first 2 years of his life. By the time the second and third child came along, she really stopped being Russian entirely. She says in the movie, “When I moved to Milan, I learned to be Italian.” That’s an intense thing to say. It’s like you shut down the first 20 years of your identity—it’s a tough call. I speak from the perspective of someone who never had to do that, but people do do that.

When I play American characters, I’m working outside of my own tongue. I’m called onto improvise in American. That’s harder for me than being Russian, frankly, because I can’t use the constructions that I’d normally use in my own language that I’m speaking to you in now. I’ll sometimes get it wrong and it’s like, “Woah! No. Wrong. Go again.” You can really hear it. But this idea of being outside of your own tongue—it’s something that’s very useful for Emma because it keeps her mute.

You speak several languages in real life, don’t you? I think I read that somewhere.

We’ve been asking Luca to speak English to you all morning. [Laughs] I’m embarrassed to even talk about this. I do speak a couple of other languages, but I couldn’t give this interview in Italian, Russian, German, or French. It’d be difficult and everything would slow down.

The film gets super abstract in places. For instance, there’s one scene where Emma and Antonio make love in a field and various shots of insects and plants are cut in. What’s the significance behind something like that?

I was a producer on the film and [Luca and I] actually cut it together. That’s kind of the text for the film. The idea and the reality of placing sex in nature and seeing it, shooting it, and framing it in this kind of amoral, not immoral, but amoral environment.

And just looking at the shots in a very superficial way, they’re quite stunning. The food is gorgeous, too. It’s not a film to watch when you’re hungry.

And that’s not just smoke and mirrors either. I don’t know if Luca told you, but we worked alongside Carlo Cracco, a great chef in Milan, and he provided all the food.

They were as delicious as they looked. This is something that Luca and I talked about a lot. Whenever possible, things had to be real. Whenever possible, the food was real. We used a real priest in the film. Stuff like that makes it very easy. It makes it very easy for everybody involved. The doctor who breaks the news to Emma and Tancredi that their son is dying was a real doctor who has to do that on a regular basis. He just came into the room and did what he normally does. He’s also a friend of ours. There were a lot of people who work in the Recchi household and they were all real. The amazing butler was real. The chef was real. The prep was real. That feeling of real work in real hands was very important to us.

There’s a diverse group of characters in this one family, especially if you look at the three children. They all come from the same womb, but they couldn’t be more different from one another.

Another character that really stood out in the film is Ida, the housekeeper.

She’s in many ways the family. She holds the emotion of the family in a very particular way. It’s interesting that 2 people in the story who really hold the emotion are both of a working class background.

An existing score by John Adams was used in the film, which is incredibly unconventional and largely unheard of in cinema. What’s the story behind that?

We played this very dangerous game with music, which was that we made ourselves addicted to John Adams way before we felt like there was any chance of us actually having it for the film. We kind of wrote it into the DNA of the last draft of the script. There are scenes in the film that were written to and shot to patches of John Adams’ music. The scene in Sanremo where I’m following Antonio on the street was actually shot to fit the music. We would listen to it in-between takes to kind of get the rhythm for the camera, the rhythm for my walking, and the rhythm for the grip. And that is very dangerous, especially when you’re dealing with a composer that has famously never lent his music to a film. He wasn’t someone that we knew personally.

What was it about his music that attracted you?

The music really spoke to the kind of film that we wanted to make, a film we were talking about making. Again, the film has this capacity to be at once classical, modernist, and vernacular. There’s something about John Adams’ music that’s so flexible, and, at the same time, so shamelessly operatic and emotional. We knew that we had to play our emotional jokers very carefully. When you’re working within the trope of melodrama, you have to be very careful about when you play your emotional cards. If you don’t have a very expressive score, it might just feel super dry or uninvolving. Placing this rather delicate set of eggs in a lush nest of music from the very beginning was perhaps exactly what we needed to do. I hardly know what we would’ve done without John Adams. The film was really designed around his music.