The cult filmmaker that brought us Welcome to the Dollhouse on finding respect in the industry, watching his work with an audience, and his latest effort, Dark Horse. 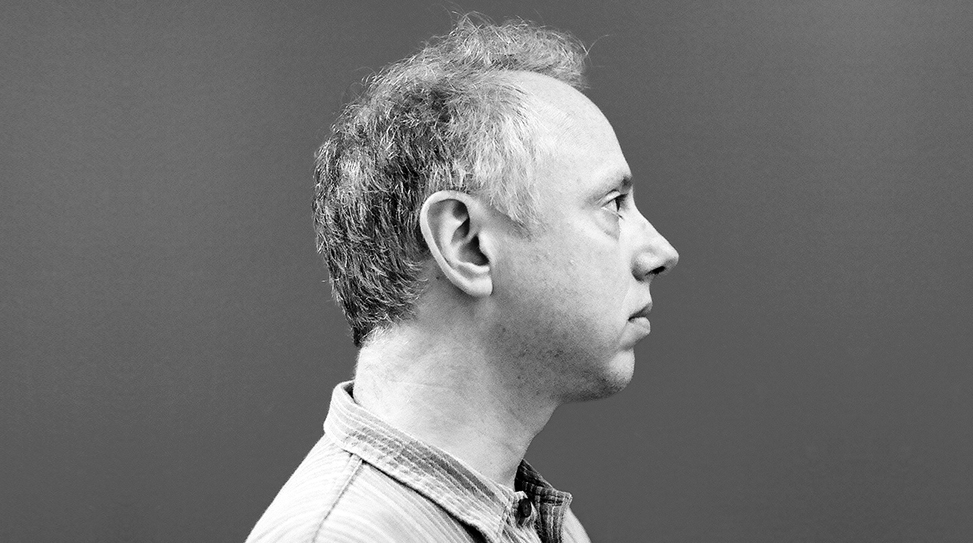 I think the idea was to be redemptive. I didn't want that first film to have the last word.

Born in 1959, writer/director Todd Solondz grew up in the suburbs of Newark, New Jersey. After enrolling in NYU’s Tisch School of the Arts to study film, he made several shorts, one of which caught the attention of Twentieth Century Fox and a three-picture deal soon followed. Unfortunately, the experience of making his first feature film, Fear, Anxiety and Depression, proved traumatic and Solondz turned his back on filmmaking for years. During that time, he had taken a job teaching English to Russian immigrants. It would take three years for Solondz to return to filmmaking with a certain low-budget production called Welcome to the Dollhouse, which picked up the coveted Grand Jury Prize at Sundance in 1996. With the release of his subsequent films—Happiness, Storytelling, Palindromes and Life During Wartime—Solondz has continued to provoke and challenge viewers with offerings that are fated to divide audiences and critics alike.

Dark Horse is Solondz’s newest film, which premiered at the Venice Film Festival in 2011. The story follows Abe (Jordan Gelber), a thirty-something with arrested development, who falls for another thirty-something (Selma Blair) facing similar problems. It’s when Abe finally decides to move out of his middle school bedroom—in a household run by Christopher Walken and Mia Farrow—that tragedy ensues. Critics, not surprisingly, have described it variously: “his gentlest triumph,” “a hilariously pitch-black exploration of human behavior,” “conditioned to his cruel ironies,” “loaded with trademark negativity,” and “Solondz’s most upbeat film”. Go figure.

Dark Horse opens June 8th in New York City at the Angelika Film Center with a national roll-out to follow.

Does it ever work against you that you’re a cult filmmaker?

Welcome to the Dollhouse put you on the map, but that wasn’t your first feature.

I had made this one terrible movie before that where I didn’t have creative control. It was a painful experience. I was too young and it was very painful, but I somehow survived it.

You swore off working in film after that first feature. What did it take for you to come back into it?

I just had to recover from that first, painful experience. I didn’t even like the title of the film. I wrote Welcome to the Dollhouse before that first film was even finished. I think the idea was to be redemptive. I didn’t want that first film to have the last word.

Are big studios scared to work with you because you’re so set in your ways and you continue to make movies that divide audiences?

I don’t think they’re scared of me, I might be scared of them. [Laughs] I think they’re just not interested. They’re interested in filmmakers that are profitable for them because they only care about making lots and lots of money. The work that I do isn’t aimed at attaining that kind of goal. It would be nice if my movies were profitable, but if my movie made 5 million dollars instead of 4 million or 2 million instead of 1 million, I don’t think it would necessarily make me a happier person. It’s not an issue for me on a personal level, but it’s always helpful in getting money for your next movie if your previous film was profitable.

But they must be intrigued by you, at the very least, because you have so much respect in the industry, not to mention this cult following.

In the film business, what they respect is profit. In that sense, I probably have very little respect. But there are still industry people who appreciate my work and I’m lucky that I have an audience because I never presumed there would ever be one. I hope that there will continue to be an audience so I get to make another movie.

What would happen if a studio threw all this money your way, but some of your voice was taken away? Would you still consider embarking on that project if you thought it might be commercially successful?

If my voice was taken away, meaning if I couldn’t—

If you found yourself not having creative control…again.

There wouldn’t be much point in making the film for me. If I wanted to make money, I’d rather work on Wall Street. I don’t have any interest in directing or writing material that doesn’t interest me.

Where do your films begin? Do you start with ideas for characters or themes that you’re interested in exploring?

It’s not as calculated as that. I’ve been writing as long as I’ve been reading, so it’s just something that comes more naturally. In general, I just start on something and keep writing. If I hit a dead end, I start over and keep at it. I don’t really have a recipe for any of this. Writing is a process of self-discovery. You work alone and try to understand why you’re putting pen to paper. These are questions that you may never be able to fully answer, but I think that’s what propels me.

How would you define your relationship to the audience as a filmmaker?

I don’t really see my movies as message films. There are people who are much more wiser and informed than I am. They’re able to talk about the troubles in our global society. I make little films that reflect some understanding of the world that we live in, a particular perspective that’s at times satirical and other times somewhat troubling or comedic. My movies express that point of view through a series of characters and I hope it resonates with the audience.

You often tackle touchy subjects like pedophilia, abortion and rape. Do you ever get scared during the writing process? It’s one thing to write in down, but to translate that to the screen…

I don’t have fear in writing about stuff of that nature per se. It’s more about, if I’m writing and I’m not happy with something, figuring out how to fix it and make sense of it. There’s always a fear when I translate the script to the screen, but it’s more about the fear that I won’t get the right actors, the right locations, or the kind of budget I need to fully realize it. Better me to screw it up than someone else! [Laughs] There are a lot of things that I’m afraid of, but writing isn’t one of them.

What are your fears?

I suppose my fears are unlike those of anyone else like shame, humiliation and pain. But fear serves as the creative fuel for your writing.

A lot of people ask you how long it takes you to write a given screenplay and you always tell them 30 years, a good chunk of your lifespan basically.

When your parents watch one of your films, do you think they know why you chose to dwell on certain things?

There might be a few minor details, but for the most part when they watch one of my movies, they’re just really proud. They don’t really connect the films so much to our personal life because it seems so alien to them. These are movies that they would’ve never seen on their own, not to mention have considered seeing, had I not been their son.

What was your upbringing like in New Jersey? Was it a very happy one?

I wouldn’t say very happy or very unhappy either. I grew up in the suburbs and my fantasy, my dream, was to live in New York City one day. I did want to pursue an artistic career, but didn’t know what that would be. This is very much like Oz now because I’m living in New York and I have this kind of career. It’s very gratifying. I just always knew that I wanted to live in this city.

Why do you root for the underdogs, these characters that skirt the edges?

I suppose I’m more attracted to the marginalized, ostracized characters. Everyone feels like an outsider for the most part. People tell me that I’m no longer an outsider because I have this career when in fact, even when you’re an insider, you’re essentially on the outside of the outside. The sense of your “outsiderness” is just part of our identity in my opinion.

You never really tell viewers when it’s okay to laugh and when it isn’t okay to laugh. What are your intentions when it comes to something like that?

It’s always hard to be honest with yourself. The best way to watch these kinds of movies with an audience is to just watch it with an open mind. Laughter can be infectious, but if you don’t find something funny, why laugh? On the other hand, when you do find something funny, why not laugh even if no one else is? You have to be careful with that kind of self-consciousness. The best kind of response to a film is very visceral and immediate. It’s best not to analyze too much and better to instinctively respond to what you’re experiencing.

Do you enjoy watching one of your films with an audience?

Are you often surprised by how an audience reacts to something in a way that you didn’t intend or foresee, be it a laugh or a kind of shock?

It can always be a little bit depressing and disheartening when you watch a film you made that everyone’s laughing at when you don’t personally find it to be funny. [Laughs] You can feel very alienated and odd going through an experience like that, especially when they’re snoring. On the other hand, you see people that are genuinely laughing and really engaged by a movie when they’re walking out. If you’re at one with the audience and responding to a movie in a similar way, it can make you feel like you’re very much a part of this special community.

What sort of wisdom do you impart on your students at NYU about filmmaking?

Well, I didn’t say that I impart any wisdom. [Laughs]. I don’t know that wisdom is impartible. I love teaching and have a good time doing it. If my students find it valuable and useful, so much the better. I think it’s best not to have too many expectations when you go into film because it can be very deceptive. I think it’s best to be open-minded. It’s obviously hard because we all have expectations about everything, but they always work against you. Each film you make has to have its own life and its own aims. They might not always dovetail quite so neatly as you have in mind.