The critically acclaimed director of American History X on his new film Detachment, his daughter’s big-screen debut and what it means for him to be “a reality freak”. 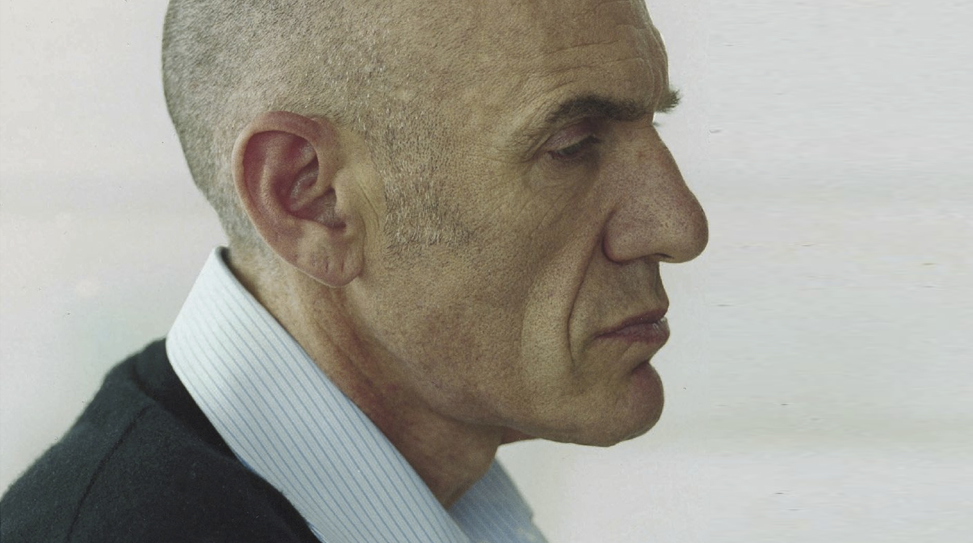 We're all damaged, right? We all have chaos in our lives. No one is beyond that.

Tony Kaye spent nearly a decade in the wilderness of the movie industry. In a heated battle for artistic control over American History X, the director tried to disown it and filed a $200 million lawsuit against New Line Cinema when they wouldn’t let him credit himself as Humpty Dumpty. Some considered the man a genius—he had collected countless awards throughout his career in advertising, not to mention numerous Grammy nominations for his work in music videos—but his wild temper and maniacal actions boiled over to a point where no one in their right mind wanted anything to do with him. It wasn’t until his second feature Lake of Fire—an even-handed and prismatic treatment of the abortion debate in America—premiered at the Toronto Film Festival to rapturous praise in 2006 that seemed to signal the end of Kaye’s time alone in the wilderness.

Now comes his third feature Detachment, a surrealist drama about the decline of the educational system in American high schools. Adrien Brody takes on the title role of Henry Barthes, a substitute teacher who conveniently avoids any emotional connections by never staying anywhere long enough to form a bond with either his students or colleagues. Kaye tells a contemporary story about people who become increasingly distant from others while still feeling the need to connect. The film features an all-star cast, including Marcia Gay Harden, Christina Hendricks, William Peterson, Bryan Cranston, Tim Blake Nelson, Lucy Liu, Blythe Danner and James Caan.

Detachment opens in select theaters this Friday with a national rollout in March and April.

Your films rely heavily on American social issues. What made you want to comment on the shortcomings of the American educational system and our disaffected youth with Detachment?

I was magnetized by the poetic writing of Carl Lund, who was in fact a teacher himself. To me, this movie is a glossary of his character, Henry Barthes, a substitute teacher at a public high school. I was extra fortunate to have been able to work with Adrien Brody, who, besides from being a great actor, has a father who’s a teacher. In saying all that, I do have a desire to try and deal with social issues in some manner. The first movie I made was about racism, the second movie was about abortion and this third one is set in the world of education. It gives me great pleasure to be able to do something that’s engaging in some form, but also, to provide some kind of benefit to us all in creating a dialogue about education and what it really means to be a teacher. It’s such an important profession. Teachers are the water to mankind, the mankind being the seed. Water, of course, means everything—we’re 70% that. It’s important for us all to track the greatest minds out there and to want to become that. Steve Jobs, essentially a manufacturer of electronic textbooks, really played his part in education. Life is all about learning. You try and improve yourself every day.

Is that why it was important for Henry to be as damaged as a lot of the kids are that he’s trying to help?

We’re all damaged, right? We all have chaos in our lives. No one is beyond that. No matter how successful you are in life, you’re still surrounded by some kind of chaos. It’s up you us as individuals to learn how to deal with that chaos. You come to realize that it’s not chaos at all; it’s perfectly calibrated mathematics that we can use in some way to benefit ourselves and everyone around us that comes into our path in life. It has taken me a long time to realize that. My daughter Betty, who plays the part of Meredith in the film, talks about the importance of reaching out and helping others. It’s about stepping forward and helping others as much as you can.

I don’t want us to digress too much, but Betty is really phenomenal in this film. She’s a virtual unknown as well, which adds a lot of mystery to her.

I gave her the script about five years ago. I told her that she would only get the part if she’s the best and it worked out well. I obviously had to be a director and not a dad when it was time to make the decision. Betty went to drama school and she’s a trained actress, so she knows what she’s doing. I don’t really have to do much when I’m working with her. I just encourage actors and try to add more layers for depth. I’m not a control freak; I’m a reality freak. I look for truth in every situation.

Do you see any advantages in being a foreigner dissecting social issues that happens to be very American?

First of all, I chose to live in America because I fell in love with it when I was a kid. The fact that I ended up becoming a director has a lot to do with the fact that Los Angeles is the mecca in America. I always wanted to live here, ever since I was growing up watching TV in the 50s in England. All the shows and movies I loved watching were from America. I wanted to live in the place that I saw on the screen. Going back to your question, as a foreigner, you don’t really understand a culture in the way that you would if you were born within it. You’re absolutely right about that. As a foreigner, you’re constantly more aware of everything all the time. It’s like Robert Frank’s photography and his book Americans. He basically traveled around America and took these amazing black and white photos in the 50s. It was unheard of at the time, that someone would do such a thing. He was Swiss, I think. As a European artist, I’ve made three movies so far. One is called American History X, which is a view of America. One is called Lake of Fire, which is a documentary about the abortion debate in the United States. Now I have Detachment, which is a story about a man who just happens to be a teacher in the American educational system. There are social implications involved with all of them.

You once described American History X as a study of tolerance, Lake of Fire as a study of understanding and Detachment as a study of love. You have a film coming up called Attachment. Where does that fall in your evolutionary timeline?

I am evolving. [laughs] I hope I’m doing my best going in a forward motion and not self-destructing or going backwards. Attachment is about obsession and the desire for self-love. It’s about our ego. I didn’t write this particular film, but I thought it would be appropriate to make a film called Detachment and follow that up with a movie about Attachment. It happened suddenly, by chance. Then again, you and I both know that nothing happens by chance.