The French chanteuse-turned-actress on playing mom to a gifted young boy with Down syndrome, her own children, and her enviably magnificent performance in Café de Flore. 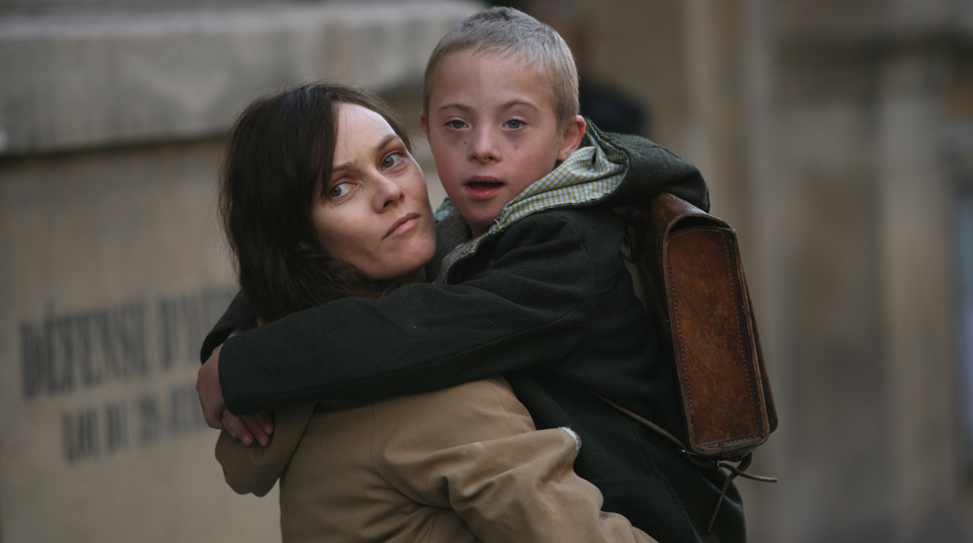 As a mom, you’ll move mountains and do just about anything for your kids. That’s something I can understand.

Since his first foray into filmmaking in 1995 with Liste Noire, Jean-Marc Vallée has propelled himself to unprecedented critical acclaim and success at the box office. A first for its genre in Québécois cinema, the film garnered nine Genie Award nominations [Canada’s equivalent to the Oscars]. Ten years later, Vallée returned with a French-language feature, C.R.A.Z.Y., a beguiling coming-of-age tale and a poignant exclamation for outsiders of all ages that tempers the darkness with universal themes. Hurrying him along on a path toward international recognition, C.R.A.Z.Y. became a phenomenon, scoring some twenty international festival prizes including the “Best Canadian Film” honor at the 2005 Toronto International Film Festival and eleven Genie Awards.

Café de Flore is a story about a group of people separated by time and place, but eternally bound by a heady mix of imperiled and contemptuous, yet hopeful, love. The film chronicles the parallel lives of Jacqueline (Vanessa Paradis), a single working mother raising a disabled son in 1960s Paris and Antoine (Godin Kevin Parent), a successful DJ in present day Montreal. For Jacqueline, her self-destructive attachment to Laurent (Marin Gerrier) is raised to a fever pitch when, at the age of seven, he finds the girl of his dreams in Véronique (Alice Dubois). His sudden desire for independence and attraction to Véronique serve as the catalysts that transform Jacqueline from a loving mother into something resembling a lover scorned. For Antoine, a recent divorce from his wife is a schism that might prove impossible for either of them to get passed when a beautiful blonde unexpectedly enters his life. In both stories, what emerge are love triangles of potentially tragic proportions.

What were your impressions of the script upon first reading it?

I was literally out of breath. When I was following the parallel stories, it almost felt like a thriller in a way. I was so captivated by the suspense and the love being shared in those two continents [the parallel stories take place in Montreal and Paris]. It was so dense, yet very easy to understand; it was so well-written that it was never confusing to read. It’s very difficult to capture your attention like that when you’re going back-and-forth between two stories in two different time periods.

It must’ve been helpful for Jean-Marc [Vallée] that he was both the director and editor on this film during the writing process. He could see how everything should be stiched together from the beginning to post-production.

I’m sure that was extremely helpful for him. There was a lot of improvisation involved because my acting partner happened to have down syndrome; there were a lot of things that we couldn’t plan beforehand. Jean-Marc is so driven by music that the rhythm of the story was always there while he was directing me and I could understand his language right away. You could see in his face exactly what he was feeling when he listened to a piece of music, directed a scene or a performance—he’s very expressive. Sometimes you just had to look at his face to know whether or not you gave him what he wanted. His method of directing is very communicative and understandable.

What was it like to work with your on-screen son played by Marin Gerrier? He’s exceptional.

He really is. He made me much better than I am. Marin is so graceful, beautiful and strong. Everything that he delivered, whether it was written or something he did out of his own stubbornness, was magical. We really had to react and move differently to match his performance, and he did everything in such a graceful way. The look in his face, the expressions he made and the intensity of what was inside of him, told us that he’s a very very smart, special little boy. Having a partner like that made me a better actress.

You can sense that he’s very charismatic and naturally funny.

He’s so charismatic! We all fell in love with him on this film. We all wanted to steal him at the end of the shoot. [Laughs] He’s super funny; he’s a real comedian.

How did they find him, by the way? His casting was a stroke of genius.

It’s amazing how he got involved. He’s actually the real life boyfriend of his girlfriend [Alice Dubois] in the movie. Alice’s family sent her audition tape to the casting director and Marin happened to be on it. When he saw it, Jean-Marc was like, “Who is that?” Marin had no ambition to be in movies and just went for it. He has a beautiful family too. His parents are such lovely people.

Being a mother yourself, I bet your maternal instincts really kicked in on this one.

That certainly helped. [Laughs] It helped a lot, actually. It helped me to understand my character’s gut feelings and instincts in certain situations. Even though we’re more exposed to her roughness than her caring side, it comes down to the kind of life she was forced to lead. She’s alone with no money, no family, no friends and no husband. She lives in fear, knowing that her son will only live to be 25 years old. This woman has no help from anyone but herself. She’s driven by both the love for her little boy and her fear for his survival. She has forgotten and shed everything that pertains to herself. She’s no longer a woman in that sense. She’s just his mom. As a mom, you’ll move mountains and do just about anything for your kids. That’s something I can understand.

What’s the maximum lifespan for children with Down syndrome nowadays?

Were the parallel stories shot separately?

They were. They filmed the Canadian story first. When Jean-Marc came to Paris to prep and shoot our part of the story, he came with a 20-minute edit of the Canadian segment that they shot in Montreal. It was already set to music since Jean-Marc is a DJ at heart. It was amazing! First of all, it was incredible to see the faces and voices of the other characters going into it. We could also see the level of emotions, rhythms and the intensity of what’s happening pulsing through the movie. I remember watching it with the entire crew and some people were crying. We were all mesmerized by it. Also, it made us realize what we were getting ourselves into. It was so smart of Jean-Marc to do that. All of us, both the technicians and the actors, were like, “Okay, so we’re not going to start here. We’re going to start way up there.” It gave us an idea of the kind of playing field we were in.

How did you make your transition from singing to acting? Was that a difficult thing to do?

When I was a kid, my first love was MGM musicals, which involved music, dancing and acting. I always loved all three. If I was forced to choose one, I would choose music, but if I can do it all, I would choose to do it all. I sang for two years and, although I had propositions in the past, a good acting offer came along and I started doing movies. I just love it! Even when you portray a character that’s down on their luck and tragic like in Café de Flore, it still feels like such a vacation. [Laughs] It’s a vacation from your own life to become someone else, you know? I think it’s good therapy for the brain. You put so much of yourself into a character that no one knows where you start or where you end. Also, you’re just there to do a lot of the things you don’t get to do in your own life and it’s fun. It’s freeing to just forget about yourself for a day before coming home to be yourself again.

Do you think it’s weird for your children to see their parents in movies or were they always of age and privy to your profession?

There are a lot of movies that I’ve done that they have yet to see. It’s a strange thing, yes. I think they like to see me sing more than act. They won’t say that themselves, but that’s what I believe.

It’s always hard to answer this question because there’s never a particular role that I’m after. It has to be the complete package. There are obviously roles to consider, but it has so much to do with the director and the story that’s being told. It’s all about looking at your potential collaborators who will embark on a journey with you. I’m keeping myself busy with music and everything else, so movies are really my time off for recreation. I’m not looking for this role or that role. I’m very fortunate because the offers come to me. If they don’t, I can make music. I’m never bored.

Whatever it is you’re doing at any given time, the passion really shines through.

Thank you so much. Once again, I was just so blessed to have Jean-Mark and Marin with me on this film. You’re only as good as the people you work with because it’s very much about the collaboration and the exchange of energies. It’s an exchange of words and meeting of the minds. As good as you think I am, if I have someone in front of me that’s not generous, I’ll just become that—not generous. You have to be good to begin with of course, but other people make you better.