The known popstar and his fast-rising co-star are at important crossroads in acting with Andrew Neel’s anti-hazing drama GOAT. 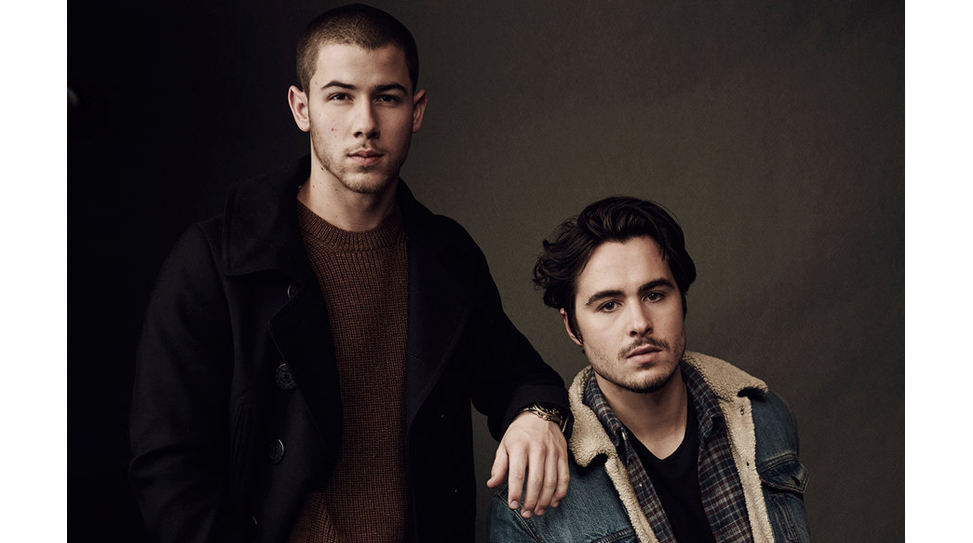 Nearly half the running time of Andrew Neel’s GOAT are scenes wherein frat guys get blind drunk and degrade each other with escalating weirdness. In the film’s most upsetting mid-section, the filmmaker paints an unremitting picture of the shocking rituals of hazing—blindfolded pledges are force-fed alleged leavings from a toilet that are in fact bananas—and it’s all disgusting by design. As you might’ve guessed, Neel doesn’t let up easily. Welcome to “Hell Week” at Phi Sigma Mu.

An adaptation of Brad Land’s same-titled anti-hazing memoir, GOAT centers on brothers Brad (Ben Schnetzer) and Brett (Nick Jonas). Soon after Brad is introduced, we see him beaten to a pulp in a random act of violence. The attack debilitates Brad and he spends the summer torturing himself over his imagined cowardice. Folding to his brother’s ill-advised encouragement, Brad decides to pledge Brett’s fraternity in his first year of college, convinced that Phi Sigmu Mu promises the self-assurance and sense of belonging he feels he lacks. But once “Hell Week” kicks into high gear—a toxic stew of aggression and violence against the pledges aka “goats”—it proves more damaging than the summer assault. When things inevitably go much too far, Brett, who once championed Brad’s decision to pledge, gets torn between two different fraternal responsibilities.

Jonas and Schnetzer are exciting up-and-comers, and both at important crossroads in acting. GOAT is a career-launching opportunity for Schnetzer who’s best known for appearing in the acclaimed 2014 British LGBT film Pride and this year’s divisive blockbuster Warcraft: The Beginning. As for Jonas, the known popstar continues to confound expectations, showing further signs of great promise that many of us first witnessed on the acclaimed mixed martial arts TV drama Kingdom.

Next: Jonas will star in Jake Kasdan’s Jumanji—a “reimagining” of the same-titled 1995 Robin Williams vehicle—opposite Dwayne Johnson, Kevin Hart, and Jack Black. As for Schnetzer, Bronwen Hughes’ The Journey Is the Destination will see him play a real-life photojournalist, artist, and activist who was stoned to death by an angry mob in Somalia in 1993. Schnetzer has also boarded Xavier Dolan’s first English-language film The Death and Life of John F. Donovan.

GOAT will open in select theaters and available to view On Demand starting September 23.