The French chameleon walks us through his latest directorial effort, The Screen Illusion. 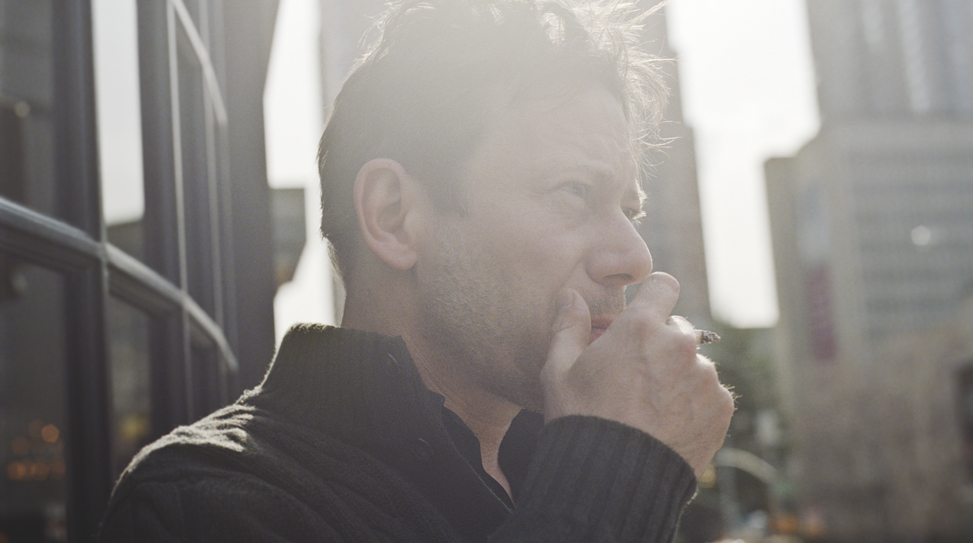 It’s not because I fuck a girl that I don’t love you. What is this thing? You don’t want me to look at anything that’s beautiful in the world anymore?

With Munich, The Diving Bell and the Butterfly, Mesrine and Quantum of Solace—to cite some of his more recognizable films—Mathieu Amalric has amassed quite the following as an actor. The shape-shifter, now 46, has consistently explored his themes of choice: isolation, madness, and the narrow borders between reality and nightmare. And because of his strong work in front of the camera, we’re often unaware (or quick to forget) that he’s also an insurmountable filmmaker—he picked up the best director prize at Cannes in 2010 for On Tour. His latest directorial effort, The Screen Illusion, only confirms his incontestable talent behind the camera.

Pierre Corneille’s 1636 play, L’Illusion Comique, provides endless inspiration for Amalric’s cinematic reinterpretation. Commissioned by La Comédie-Française for the TV channel, France 2, Amalric was asked to observe the following rules: don’t add to Corneille’s text, repurpose the actors from L’Illusion Comique and shoot it in 12 days. Within this framework, Amalric was able to successfully create a language all his own, an off-the-track linguistic amalgam that combines both theater and film. In short, The Screen Illusion follows a hotel concierge on the trail of a missing young man who seems to have left many a young female hearts a flutter.

Anthem sat down with Amalric to discuss his latest film at the Empire Hotel during Rendez-Vous with French Cinema in New York City. (Amalric will next star in David Cronenberg’s Cosmopolis alongside Robert Pattinson, Paul Giamatti and Juliette Binoche.)

This was very inventive. I really enjoyed it.

It was really nothing. It was a commissioned project.

That’s right. La Comédie-Française commissioned the film. Were there a lot of stipulations?

That’s what was exciting about it. You would never have the idea of doing something like this on your own. I had to choose a play that was happening that given year. We weren’t allowed to recast the actors from the play for the movie. We weren’t allowed to alter the language of the chosen play. We had to take it out of the stage and reinvent it in a cinematic format—it had to be translated to the cinema as opposed to just filming a stage play as we see it. We had to shoot it in 12 days.

It was really fun! The fact that the actors already knew their lines—we shot the movie during the day and they performed the play in the evening—made it easier. It was interesting to look at one material and take it into two completely opposite directions. Theater actors are hungry for movies because they usually don’t get the opportunity to be in front of a camera. So, they crave that. You would think that these people come from the theater and are only theatrical, but that’s not true.

They’re more malleable than that.

They can do anything! I chose this play because there’s an air of mystery when you’re sitting in front of a play or a film where you know that everything is false, but there’s a pleasure in forgetting that it’s all an illusion. I wanted to find a stage equivalent to movies—this screen illusion. I wanted to find something in movies that addressed the fact that the audience is being fooled and, at the same time, where they like to think that it’s real. You fall in love with Corneille’s play the more and more you read it. It’s not about modernity, it’s intemporel—timeless.

How old was Corneille when he wrote this play?

He was 25. You can feel its youthful energy. It’s about a man who doesn’t know where his desire goes. He loves a girl, but they both don’t have money. There’s another woman who’s quite nice and she happens to have money. It always comes down to money. It’s money, money, money! We were very honest about that fact. It’s also about sexual desire. The play wouldn’t exist if Isabelle [Suliane Brahim] was fucked by this man and admitted to the fact that he didn’t give her any sexual pleasure. If she couldn’t continue living like that—pretending—with the man that she’s supposed to marry, there would be no play. The conflict really begins when Isabelle says, “I take no pleasure in your body.” It’s a play from 1635 and it’s not modernity, but it’s still relatable today.

Your adaptation really does feel contemporary, which is one of the most interesting things about the film.

I think it’s really rare. Everything in the film is very close to the play. The only difference is that the father doesn’t try to kill his son in the play.

I love the twist at the end of the film. The fake gun and the big reveal. That wasn’t in the play.

That was in the play, but, in a different way… That’s the L’Illusion Comique! In the play, the father is searching for his son who disappeared for 10 years. A friend tells the father about a magician that lives in a cave who has these special powers. The magician tells the father what his son has become. The magician shows the father—it’s almost like a projection—his son being killed. Then, just after that, the magician tells the father not to worry. The father looks again and sees that there are people exchanging money. His son, who the father thought was dead, is alive again. The magician says, “You’re son became a comedian.” So everything was false. Corneille wrote that because, during his time, it was in fashion to say, “Theater is the most wonderful thing in the world!” When the play finishes, the father says, “That’s absolutely wonderful! I’m going to Paris. Vive L’Art!” I didn’t want the film to finish like that. I wanted to keep the sting that you have in the play where you’re left asking, “What just happened? What is this?” It all happens in an instant. I had to find something and I found the gun. The same spirit is in the play.

Was this very rushed?

Well, I didn’t have a lot of time to write it. When the producers came to me with the commission, I was finishing up on another film and I had to write this one in 10 days. It happened really quickly.

Since you only had 12 days to shoot, did that dictate the kind of location you could use?

I was an assistant director before, so I’m a technician at heart. I did a lot of editing, lighting and sound design in the past. You have a certain reflex from that. I had very little money to pull this off as well. It was about figuring out how I could get a lot of using one place. Just in front of La Comédie-Française, there’s this hotel. Using that space, I was able to shoot an hour and a half more every day in the evening. The actors just had to run across the street after their performance at the theater. In the hotel, we had a parking lot, a rooftop, the corridors, a bar, a kitchen—a variety of backdrops. Similar to classical plays, everything happens in one day. That’s the rule, you know? You see several stories unfolding at the same time. I thought about Détective, the [Jean-Luc] Godard film, and that really helped me.

It worked out well.

It did! You read Corneille and you ask, “Is this possible as a movie?” The son, in fact, is this magnificent loser. It’s the kind of guy that’s always talking and talking. He talks about these incredible things and all these girls, but he has no power anymore. You might wonder why there are Japanese people in the movie. There’s a sword in the play and I wondered how I could work that into a contemporary story. I thought I could have the representatives from a video game company in there somehow. In these kind of meetings, Japanese people always present gifts, so it makes sense. You just compress the story and take a lot of text out. I only addressed 500 verses in the film out of 1,800. It’s almost like a silent film, an action film or a noir from the ‘40s. It’s about love, hate, violence, betrayal…

What does our contemporary language add to this piece?

It has more class when it doesn’t deal with our contemporary language. Our language is really stupid. “It’s not because I fuck a girl that I don’t love you. What is this thing? You don’t want me to look at anything that’s beautiful in the world anymore? Put me in prison because I’m in it right now. Kill me!” We have passions. Corneille is more classy than that.