The breakout star of A Prophet on his adolescence, Gruyère de Comté and his latest role in Ismaël Ferroukhi’s Free Men. 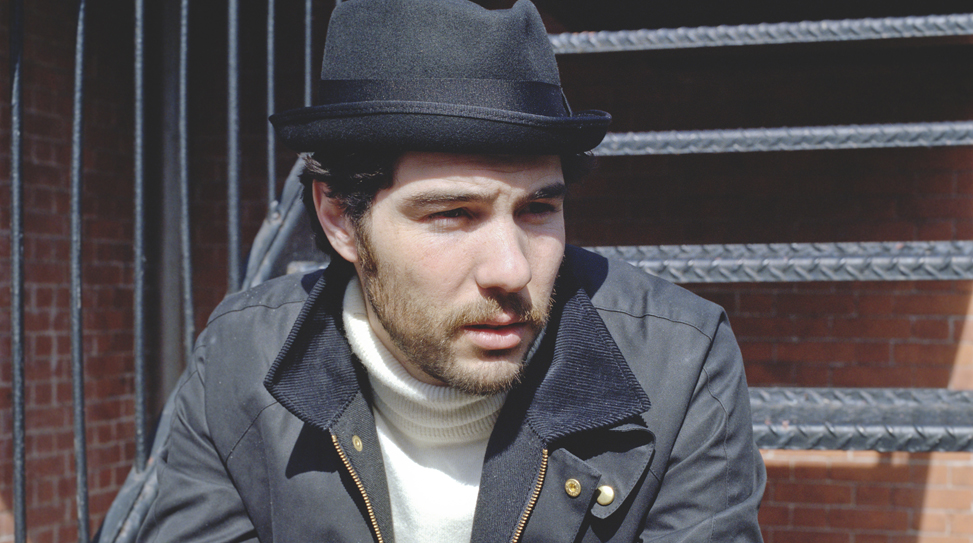 They didn’t say anything at first. They thought it was just a dream that would eventually fade away.

“Putain de braguette!” shouts Tahar Rahim. “It won’t stay up!” The French actor—most widely recognized for playing Malik El Djebena, a French Arab rising through the ranks of power in the Corsican mafia, in Jacques Audiard’s Un prophète—is having trouble with his pant zipper today. His disarming baby face certainly doesn’t see him through such inane, utterly human, moments. But on screen, you would be hard-pressed to find a man of more considerable depth and smoldering confidence than Rahim. In his latest film, Ismaël Ferroukhi’s politically shrewd drama Free Men, the 30-year-old actor continues to treat viewers to the same kind of rousing talent that brought the international film community to its knees just three years prior.

Existence on Earth is marginal and the majority of people live on the edge of some kind of war. That the two men at the center of Free Men swing into each other’s orbit is of no great coincidence. It’s 1942 in German-occupied Paris. Younes (Rahim), an Algerian black marketeer, is coerced into spying on the denizens of the Paris Grand Mosque and soon discovers a clandestine operation to provide North African Jews with fake Muslim IDs. He meets Salim, an Algerian singer, and a deep friendship develops, but not before Younes discovers that his newfound friend is Jewish. In spite of risking it all, Younes turns his back on the police, slowly shedding his past as an ignorant immigrant worker and becoming a fearless freedom fighter.

Anthem sat down with Rahim to discuss his new film, which played at this year’s Rendez-Vous with French Cinema. Free Men opens in New York on March 29 with a national rollout to follow.

When did you fly into the city?

I got here a week ago. I’ve had some time to explore New York City.

Did you get a chance to check out some other films during Rendez-Vous?

I saw Benoît Jacquot’s Farewell, My Queen. That’s the only one I saw, but I really enjoyed it.

Jacques Audiard’s A Prophet turned your world upside down. What has happened since?

It afforded me with the opportunity to focus on an acting career. Now I get to choose the projects I like. I was able to star in a film called The Eagle by Kevin Macdonald and Jean-Jacques Annaud’s movie with Freida Pinto and Antonio Banderas. I got to work with a Chinese filmmaker, Ye Lou, who previously directed Spring Fever. I made Free Man too, of course.

With the onslaught of offers that poured in after your breakout role, why did you decide to take on these particular projects?

I always want different experiences. I want to jump from one world to the next. As both an actor and a human being, it’s an emotional journey. I try to tackle different roles because, usually, you can get typecast if you start repeating yourself.

You’re from Belfort, France. A place known for its cheese?

Were you always a big movie buff? When and how did your passion for acting develop?

It happened when I was around 14. I was so bored in my town that I spent almost all of my time in theaters. I was watching four movies a week. I fell in love with it. Perhaps out of foolishness, I thought I might be able to become an actor and fulfill that dream. My first studies didn’t have anything to do with film at all. At some point, I received a letter saying that I was accepted into university for sports. I said, “Why not? It must be fate” and decided to try it out. I got bored with sports really fast and started thinking about other things that I could do with my life. Since computers were booming, I got interested in technology, but that only lasted three months. [laughs] I really wanted to explore acting after these first failures, and that’s when my sister insisted I get a bachelor’s degree in cinema.

What did your parents think?

They didn’t say anything at first. They thought it was just a dream that would eventually fade away. Everyone was pretty scared when I didn’t let it go and that’s why my sister wanted me to get a bachelor’s degree, even if it’s for film. My mother was always very supportive.

When I was in school, I always made the point of trying to be cast as the main actor in all the short films. I had the opportunity to star as myself in a fictional documentary called Tahar, student, which was directed by my friend who just got to make his first feature recently. We’re about to make our second film together now. I had been living in Paris, taking acting lessons in theater. I got an agent very quickly and after that, I landed a part in a TV series through Canal+ called La Commune, which was quite popular in France. People from the movie business took notice, including Jacques Audiard. He wanted me to try out for Un prophète and voilà!

What was attractive to you about Free Men?

I had just wrapped on Un prophète and read the script for Free Men when it was on its first or second draft. The subject was really interesting in itself because I hadn’t known about Algerians helping Jews during the Nazi occupation in France. Then I talked to Ismaël [Ferroukhi] about what the movie will communicate, its characters, and he was able to convince me. He had a team of good actors on board, so I said, “Let’s do it!”

You’re of Algerian descent and you grew up in France.

Younes is an Algerian immigrant living in France. Was the material immediately relatable to you for that reason alone?

Of course my roots made me more interested, but it wasn’t the only thing that convinced me. Immigration issues are cooling down nowadays in France. I’m part of a generation that faces far less problems than before. The prejudiced generation tried to hide its origins in order to find jobs and they adapted to French traditions.

Foreign actors that successfully cross over into Hollywood are few and far between. Recent French exports include people like Marion Cotillard, Jean Dujardin and yourself. Is it really all about the performance?

Talent and personality, I think. It’s as simple as that. And, of course, the will and the ambition of an actor that will get them there.

Do you have any desire to write and direct your own movies?

I enjoy the thought of doing it some day, but I feel too inexperienced at this point in my career.