Road Trippin’ with Yelle in Seoul!

A return to our on-going series of talk with touring artists in search of wild banter, laughter, and indispensable “road sage.” 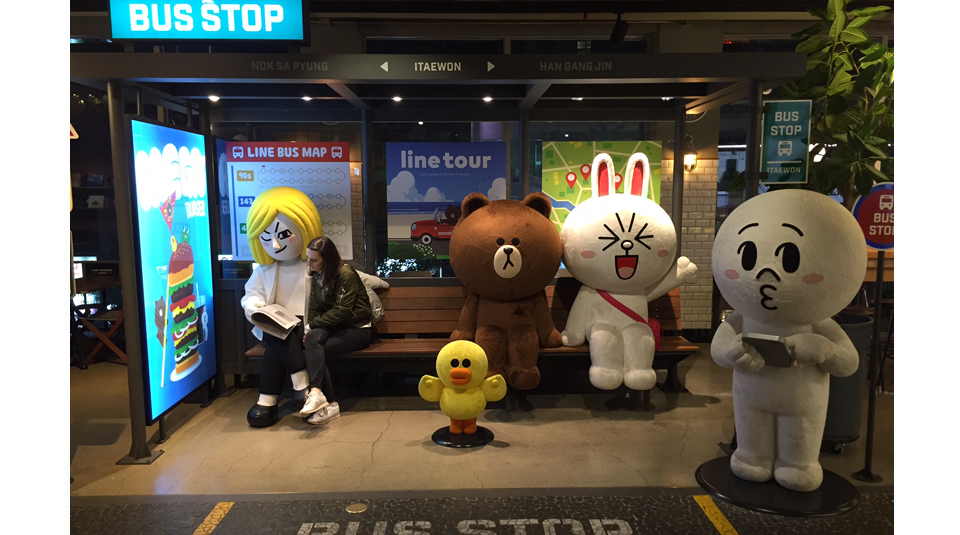 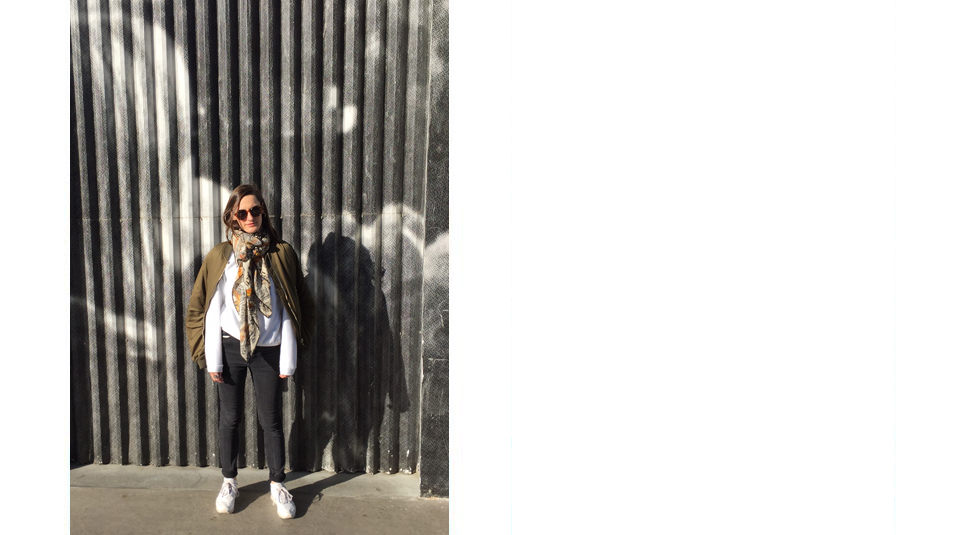 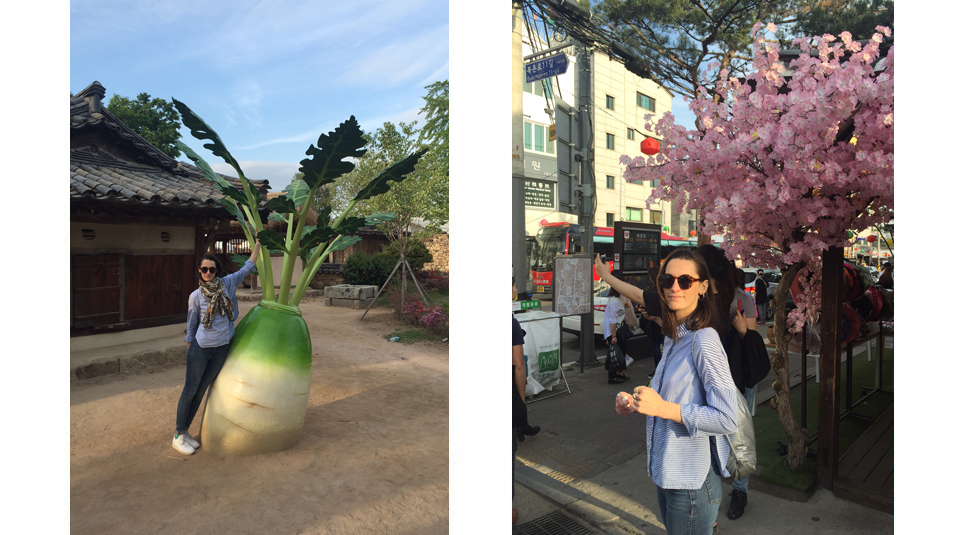 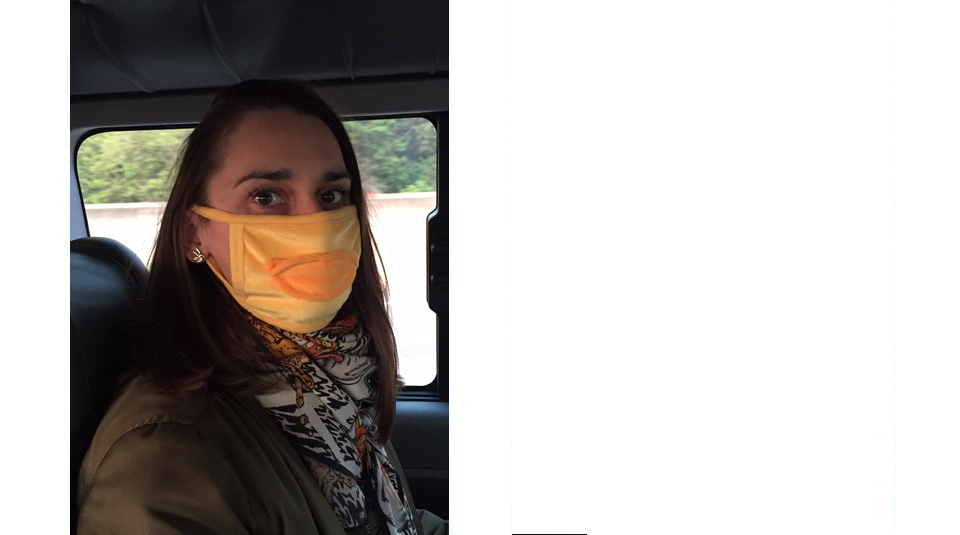 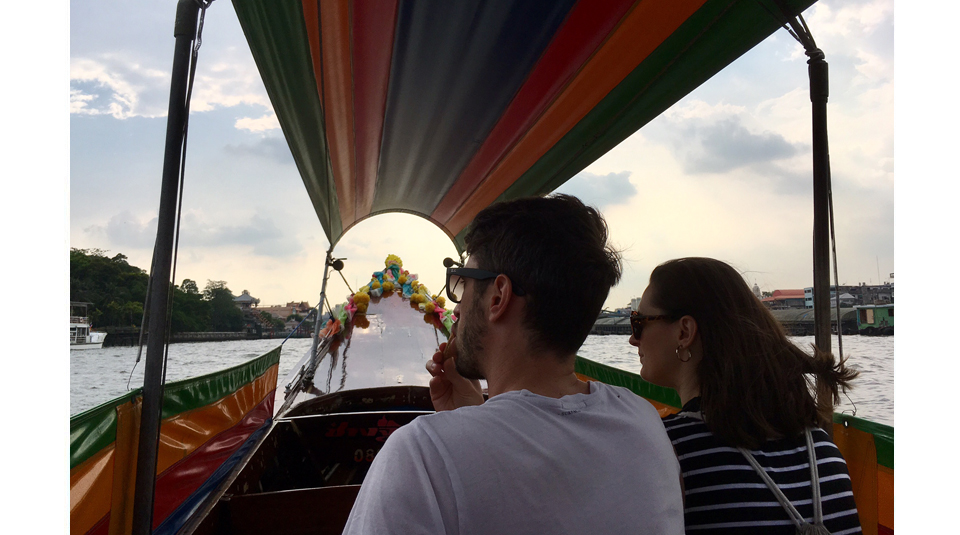 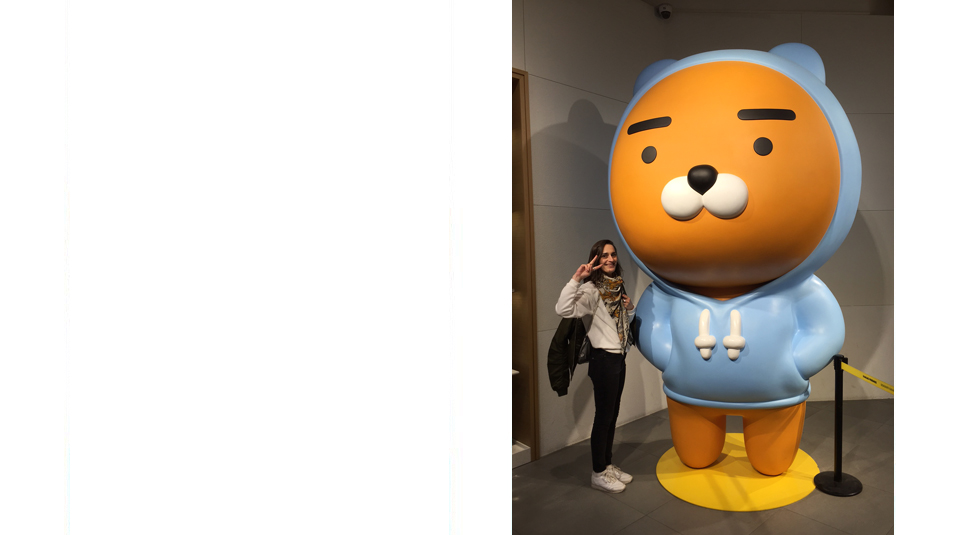 Even though we don’t really talk about politics in our music, we really wanted to express something positive at this particular moment.

It’s been over a decade since Yelle hit MySpace in 2005 and they’re still popping confetti cannons. In 2007, the French duo—songbird Julie Budet and Jean-François Perrier a.k.a. GrandMarnier—released their debut album, Pop Up, parachuting onto electronic dance charts both stateside and in their native France. After tireless promotion and touring of that record, Yelle seemed destined for even greater things. With their sophomore release Safari Disco Club in 2011, they went global.

Fighting to remain themselves since arriving on the scene with their first single, “Je veux te voir,” Yelle pushed back when courting labels maintained they must sing in English for broader appeal. Now the fools get their wish, but on Yelle’s terms. A rare offering since their neon-streaked 2014 LP, Complètement fou, their new track “Interpassion” is a love letter to the fans. With French, Spanish, and English vocal rinses, it’s quirky synth-pop we’ve come to expect from Yelle, with an uplifting message of love and togetherness meant to sooth in our time of dire need for compassion.

Few francophone artists manage to break the language barrier and find success overseas the way Yelle has—like Stromae and Cœur de pirate, they’re virtual anomalies. And so it feels entirely appropriate that Anthem linked up with the duo on their recent compact Asian tour across Seoul, Bangkok, and Singapore. In this third edition of our on-going series Road Trippin’, Budet reveals her tour necessities, gifts from fans, and other important “road sage” only she can parcel out.

Yelle’s long-awaited fourth album is scheduled to arrive sometime in 2018.

Hello, Julie! Was this your first time playing in Seoul, Bangkok, and Singapore?

Hello! Yes, it was our first time in those cities and it was great! It’s always really exciting to discover new countries, people, and cultures. We had a lot of fun!

If you had to boil it down to one thing, what was most memorable about your trip to Asia?

Each show was intense and special, but we felt something very powerful with the crowd on the first night in Seoul. We also had the chance to spend the night dancing with fans in the club and it was really cool! Lots of love and happiness.

You were in South Korea when the tension with North Korea was at an all-time high. You guys unveiled the new track “Interpassion” last month, which is all about spreading the message of love and togetherness. Do current events inform your songwriting and creativity?

Yes, of course! Even though we don’t really talk about politics in our music, we really wanted to express something positive at this particular moment. As you said, the tension was high between North and South Korea, and it was the presidential elections in France—a very particular and scary moment. It’s a very small contribution, but we think expressing love, peace and happiness is key!

It was also Children’s Day in South Korea. What would you demand on this special day?

I think I would just be with my friends and we would all spend time dancing together!

Yelle has proven time and again that music can transcend barriers. You’ve been asked whether you would ever write songs in English, and you did a little bit on “Interpassion.” Since you pushed back on the idea of doing that in the past, was it weird to finally do it?

We’re not closed off to singing in other languages when it makes sense. We still want to sing in French because we love to express ourselves in French, but “Interpassion” is a song about international love, so it was very spontaneous for us to use English and Spanish.

Yelle is an embellished acronym of “you enjoy life.” It’s emblematic of the frivolity and the happy-go-lucky nature of your music. How does that carry over into your touring lifestyle?

Life on tour is about sharing experiences every day with people around the world. It’s about being curious and open-minded, trying new food, and discovering beautiful places and cultures. We’re still very excited when we arrive somewhere, even if we already know the place, because it’s going to be a new experience with new people!

I’m always curious about what touring artists eat on the road, especially when they’re overseas. Did you try anything interesting in Asia for the first time?

Oh yes, the food! We loved sharing Korean BBQ in Seoul! We’re now crazy about sticky rice and the mango we tried in Bangkok. We discovered black pepper crab in Singapore—so good!

Did you have a lot of time to explore in-between shows? And how do you normally go about figuring out what the hotspots are, and where to eat and grab coffee and shop while on tour?

On this tour, we had a day off in each city, which is rare and very cool! Most of the time, we ask the promoter to give us a bunch of tips in the city: the districts they like the most, local restaurants, and shops. We actually love to walk through cities and, sometimes, we ask the fans for advice.

What are your tour necessities? For example, Bag Raiders takes a blender with them on the road. Sean Lennon told me that he needs to have his own soap, always.

A blender! That’s a cool idea! I like to have stuff from my house, like a scarf that I love or some herbal tea that I can’t find everywhere. I also always have a bunch of essential oils, just in case. But I’m now more used to traveling and I’m trying to keep free space in my suitcase to bring back stuff from the countries we visit.

Do fans give you stuff at shows? What’s the most interesting thing you ever received?

Yes, a lot! We had so many crazy presents through the years! But a few days ago, in Singapore, we received a mini Yelle drum kit from a fan named Anna from Malaysia. We love it!

What are you normally thinking about when you’re performing up there on stage?

[Laughs] That’s a funny question! I don’t know… I’m just enjoying the moment, looking at people, and having fun!

In your experience, what’s the secret to having a smooth and successful tour, especially when you’re talking about back-to-back dates with a lot of travel? What’s your “road sage”?

It’s not really rock ‘n’ roll, but I need sleep to refuel. I’m trying to rest a lot and eat well. When we have a day off after a show, I authorize myself to have cocktails, dance, and talk all night long!

I understand that the next Yelle album will come out sometime in 2018, but you’re not sure if that’s closer to January 1st or December 31st. What can we expect moving forward?

We want to continue to experiment with this way of doing music. I mean, in the way of working on a song, shooting a video, and releasing it quickly. We have demos that we want to explore more and we want to take time with the new record. I don’t have more information to give you for now!

You’ve given countless interviews at this point. What do you want people to stop asking you?

“Where does the name Yelle come from?” And you didn’t ask! Good job! Thank you very much!