Looking back at our conversation with the late Israeli actress and filmmaker about the social implications of her work. 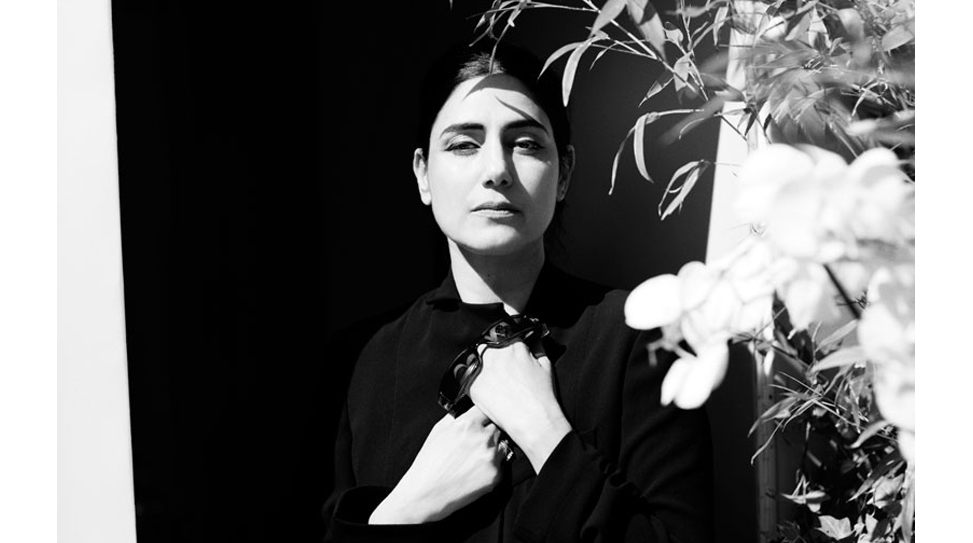 Being a part of movies that are interesting and intelligent with social meaning is not something to be taken for granted. I’ve been lucky in that regard.

The third chapter in a trilogy that began a decade ago with To Take a Wife (2004) and its follow-up 7 Days (2008), brother-sister directing duo Ronit and Shlomi Elkabetz come full circle with Gett: The Trial of Viviane Amsalem, a Kafkaesque examination of Israel’s despairing divorce procedures. Jewish divorce proceedings come under the jurisdiction of the Rabbinical Court in Israel, which disadvantage women by tilting the scales in favor of the husband who ultimately, tacitly, grants his wife a “gett” (divorce) unless certain, exceptional circumstances say otherwise.

Gett is set entirely within a courtroom and its adjoining waiting rooms as Viviane (Ronit Elkabetz) and her lawyer doggedly explore every possible legal stratagem to persuade the court to compel Viviane’s stubborn husband to grant her a gett. She will spend years—three weeks, six months, two years, then five—returning to this place, and the audience will spend two hours trapped in the cyclical nightmare with her. Absurdity and desperation rise and fall as we skip forward in time by increments, the film’s temporal intertitles becoming farcical with each accumulation.

Throughout, Ronit Elkabetz carries Viviane with dignity, enlivening her protagonist with a Marina Abramovich-like presence beyond language: Statuesque, poised, and weapon-like. But as we breathlessly watch the excruciating divorce proceedings unfold, every last drop of composure is slowly wrung from Viviane. Silenced, ignored, condemned and made to suffer a myriad of criticisms concerning her place, she pleads, cries, and screams out for her freedom. Ronit Elkabetz is ultimately reduced to an emotionally charged powder keg in this must-see performance.

You’ve been hailed as the face of Israeli cinema. What does that mean to you as a filmmaker? How does carrying something like that on your shoulders inform your work, if at all?

First and foremost, I always take every decision on its own accord. I look at the decisions specifically and see how it relates to me. I don’t feel like I need to represent a country, a sector, a part of a community or a situation. That being said, I’m drawn to the kind of cinema that might generate something. I’m drawn to cinema that has deeper meaning and will create some kind of movement. I’m not talking about a revolution necessarily, but some shift within humanity. I’m looking for something that speaks to me very deeply and has a very meaningful significance. That’s why I find myself dealing a lot with social cinema over the years.

It’s hard to see myself taking part in something that can’t speak to us from a very honest place. I find that uninteresting and unappealing. It’s weird because, as an actress, my first priority is to enjoy something in a very real and thorough way. I want to make the most of the creative process, a place of a lot of joy and pleasure. Being a part of movies that are interesting and intelligent with social meaning is not something to be taken for granted. I’ve been lucky in that regard.

Gett is the third chapter in a fairly loosely bound trilogy. Viviane quarreled with herself in To Take a Wife and confronted her family in 7 Days. Here, Viviane faces off with The Law. How much of this was premeditated? Did you always envision her journey as a trilogy?

When we first made the film To Take a Wife, we knew we had so much material about this woman. We knew it wouldn’t be enough to tell it with one film, one story. We told ourselves, “Okay, I guess we need three films.” We’re doing this over a ten-year period. We took a deep breath, then took another breath to start again and again. But we didn’t know at the very beginning that we would finish Viviane’s story in a court like that. We wanted to discover that. We grow up with Viviane and Elisha. We learn a lot about them on this journey. We understood that gett would happen somewhere along the way, but it comes five or six years into their relationship. It took time to get there because we wanted to discover that life juncture in an authentic way. We didn’t want to decide when that would come because we, people, are changing all the time. Viviane changes and Elisha changes. Elisha might be very obstinate, pig-headed and stuck in his own state of mind, but even he’s aware of the changes happening around him.

Israel affects you as a woman in a very profound way. It’s always changing so rapidly and so constantly that it forces you as a woman to adapt just as fast. There’s no way to know ten years ahead what will happen because of all these rapid changes. What we’ve built in sixty years—no other country has done that. It’s an entire, culturally rich world that we’ve created. So we were very sensitive and in tune with the needs of the people evolving in this modern society.

You’re responding to the social climate and that’s an unforeseeable thing.

Maybe with countries that are centuries old it’s possible… Things are happening, but in a slower pace since World War II. You could preconceive a trilogy like this in a much older country and plan ahead. In Israel, every day, we’re putting up a new building and things are changing so rapidly. Every time you lift your head, the landscape changes a bit.

How was Gett received in Israel? What kind of social implications does this film have?

It became the biggest, the hottest socio-political event. Everyone talked about it in the streets, in their houses between friends and their family. You have to understand that these trials are behind closed doors. This is really the first time that we see what the sentences are and what the trials look like. No one could see this before. When the Israeli audience finally got the chance to see it, they exploded. There was curiosity there. Another thing that’s coming up is showing this film in front of the rabbinical congress in their annual meeting. 400 rabbinical judges, like the ones you see in the movie, will be sitting down to watch this. For some of these rabbinical judges, it’s going to be the first movie they’ve seen in their entire lives. It’s the first time they’re going to see their own court from the point of view of a woman.

Was there any opposition to this film being made? I’m learning though you, but I wonder if there’s a specific reason as to why this has been so secretive and never done before.

There was no objection to this film being made because no one knew we were making it. [Laughs] These trials were never documented before, except for one documentary twelve years ago. Even then, they couldn’t get into the trials. They either had mics in the pockets of people at the trial or they tried to catch it in the hallway—the screaming and all that. But it was mostly the recordings they got from the women wearing these mics. So all the information up to this point either came from that movie or, in the ten years since then, from these not-for-profit organizations for these women who were denied a gett or women who needed help navigating through their situation. For one day a year, devoted to the women who were denied a gett, you read a little bit about it in the papers. But, really, there’s no information about what happens inside. It’s a complete taboo.

It’s so exciting that they’re open to seeing it, though. The social movement isn’t something they can ignore. How do you think it’ll be received?

I’m so curious! I want so much to be in that theater when it happens. I’m ready to pay the price, so let me in! But nobody wants to see me angry. [Laughs] Imagine them leaving the theater and me, outside, waiting for them and looking at them. I mean, I don’t know what to expect. I know they’re going to fight, shout and hate the film. There won’t be peace between them. Even if they all agree about how they feel about the film, they will still argue amongst themselves and fight about it. This subject is such a demanding and invasive subject in the way it goes into the heart of this couple’s lives. This could happen to any woman. This could happen to a rabbinical judge’s daughter, his wife, his neighbor, his aunt… They can’t escape from this or run away from it. That’s why it’s so important for us to handle it in a way that’s very empathetic. Even for the rabbinical characters in the film, or the so-called bad guys holding the whip, we wanted to portray them in an empathetic way to accentuate the humanity of the situation. It really could happen to anyone, to any woman. It was important to show the Rabbinical Court understanding it, not just from their profession, but as human beings. It’s not going to go quietly and that was important to us.

That in of itself is profound. You’re creating dialogue. What’s life without conversation?