The writer-director-actor on taking on flawed characters, working with co-star Oona Laurence, and his sophomore feature Lamb. 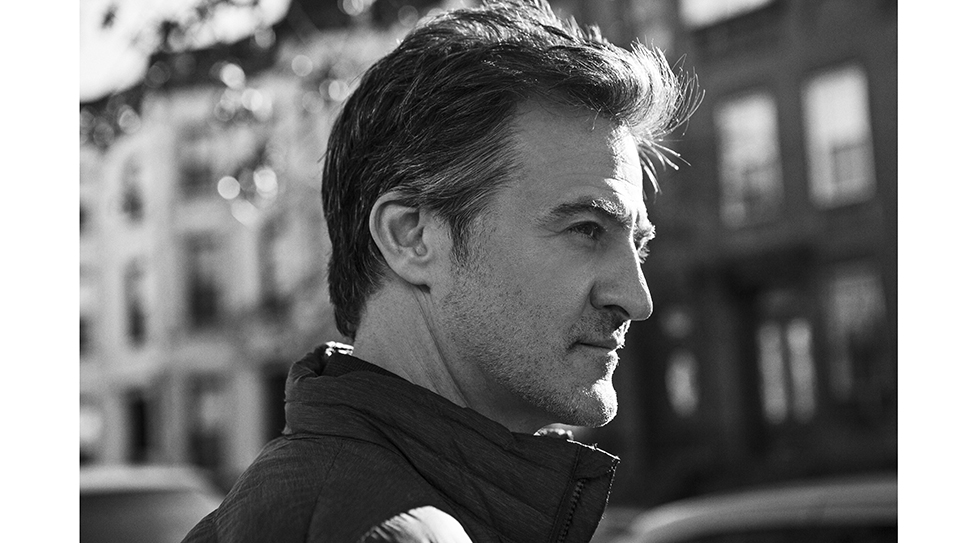 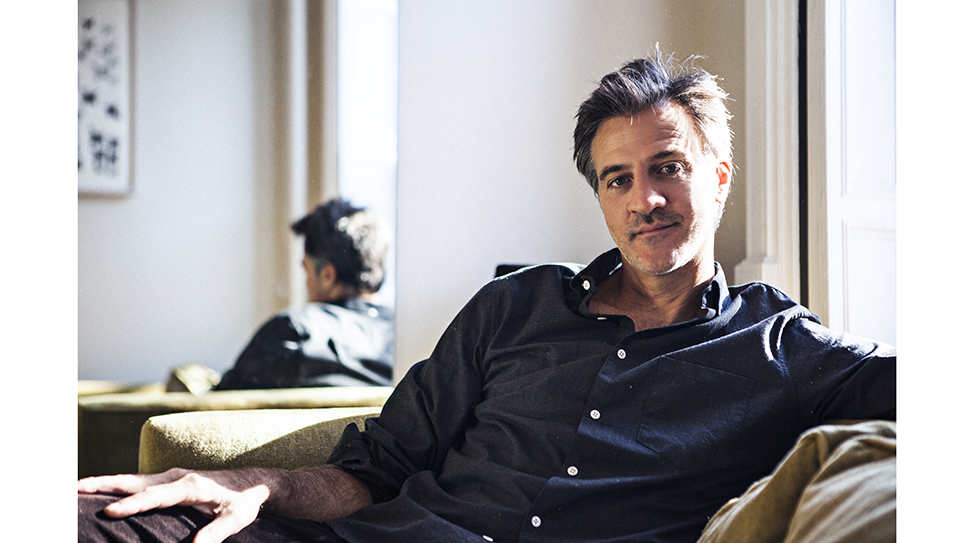 I didn’t set out to make this movie to be provocative. It’s like people need to know where I’m taking them in order to feel comfortable.

Heading back behind the camera with his sophomore feature after 15 years, writer-director-actor Ross Partridge tackles a troubling, unclassifiable bond between two lonely souls with Lamb. It’s an adaptation of Bonnie Nadzam’s award-winning novel about an emotionally adrift middle-aged man who befriends an 11-year-old girl, coaxed into joining him on a road trip to the wilderness—alone. You might remember Partridge from a variety of American indie films, with notable roles in the Duplass Brothers’ Baghead, Megan Griffiths’ The Off Hours and Sarah Adina Smith’s The Midnight Swim. The triple threat now offers up a most risky film, from both sides of the camera.

Lamb traces David’s (Partridge) path towards self-discovery in the weeks following the breakdown of his marriage and the death of his father. Hanging out one afternoon in a Chicago parking lot, he’s approached by young Tommie (Oona Laurence), who toddles over in heels to bum a cigarette. David in turn suggests they feign her kidnapping so as to play a trick on the friends who dared her to approach him. As the two hang out over the next few days, the precocious girl’s unhappiness strikes a faint echo of his own. Before long, David is determined to unshackle Tommie from her humdrum existence, resulting in the pair heading off on a road trip to the Rocky Mountains.

Partridge will next be seen on the Netflix original series Stranger Things opposite Winona Ryder, the Sci-Fi drama White King, and the serial killer-thriller The Wedding Murders.

Lamb is now playing in New York and Los Angeles, and available to view on VOD.

Congratulations on Lamb. I was very impressed by this film. I actually expected much worse in terms of content and what transpires in the story, although I can see how some people might find it provocative. Have you been defending the film a whole lot?

It definitely creates a physical reaction because it is divisive. Some people don’t know how to place their emotions on it. But they feel sympathy and empathy, so that tells them they shouldn’t feel that way. You do have to answer these questions because people are charged by it and want to talk about it. That’s exciting to me because it’s a conversation that lends itself to something that’s, hopefully, challenging you to think about your experience. Obviously, these things that [David] has done are illogical from our experience, but in his world and his experience, what’s led him to that place is logical. I find other things far more troubling: We watch movies where people blow each other’s heads off. That’s somehow mainstream and okay. I didn’t set out to make this movie to be provocative. It’s like people need to know where I’m taking them in order to feel comfortable.

Your calibration of David’s sweetness to creepiness totally sold it for me. Had you been straightforward, the tension would be gone and the film wouldn’t be compelling at all.

We’re all flawed and complicated, and because it’s one thing, it doesn’t mean it has to be another thing. We’re all multifaceted and experiencing organic things that are constantly in flux. It seems like there’s not enough patience or room for people to be as complex as they really are sometimes. You have to be able to invoke some sort of empathy. And I’m not saying David deserves our empathy necessarily, but he’s complicated. He’s flawed like everyone else, based on the life he has lived. We see that all the time, everywhere. What’s why we’re constantly at war with one another.

Again, I really don’t get the controversy. Maybe I’ve become too numb and unshockable. My entry into the film was through the characters and their respective life circumstances.

I’m glad you appreciate it that way. Somebody said something about the film and how, perhaps, 20 years ago a movie like this would’ve been more acceptable. To bring about a film like this now, why does it make you feel more backwards than 20 years ago? That’s something worth talking about, right? Just that alone? We haven’t evolved enough that we can’t openly look at situations and talk more progressively about things? We’re still battling those demons from way before.

I really latched onto David’s story about how his younger brother grew up in a troubled home before disappearing without a trace, which was obviously a traumatic event in his life. I wondered if David saw some of his brother in Tommie, who’s also very neglected.

This guy didn’t absolutely choose this girl, either. It’s ironic, too, because people want to talk so much about David and what he’s doing, and whether he’s wrong or what have you. He has these psychological shortcomings, but then you have this 11-year-old kid who’s completely neglected herself. This child is stealing her mother’s clothes and putting on high heels with a pink paten leather purse, asking a complete stranger for a cigarette on a dare while hanging out with her “friends” she shouldn’t be hanging out with. It’s just because she needs the attention. She needs somebody to take notice of her and she’s falling through the cracks. But that’s never part of their conversation because David is an adult and you think he should behave a certain way. But is he an adult? He’s not. He’s ageless because his maturation was stunted at a certain point in his life.

There are aspects of David that’s really childlike and there are aspects of Tommie that seem very adultlike at times, more so than David’s. That sheds light on the emotional complexities of their relationship, without paying so much attention to age and gender. It’s not romance.

I mean, that really was the whole point of the story. The whole point of it was to show how complicated it all is. It’s love turned upside down. Again, it’s not a romantic love that people assume or jumped to. It’s about people in search of that thing they didn’t have as children. These are things that affect the rest of your life and literally impede on how you grow. Or not grow.

What’s the tone of Bonnie’s novel like? Did you stay pretty close to the source material?

The novel is much more poetic. There’s a lot of poetry in David that’s even more beautiful and stunning, in my eyes. He says things that are so contradictory to who he is as a person. That’s what fascinated me. He has this ideological view of what life could be and he’s not capable of maintaining it. There were also things in the book that are much more psychological—harder scenes that are deeply rooted in David’s childhood—which you can’t really capture cinematically because you don’t have the luxury of that sort of time. Again, you have to be aware of the fact that you see someone of my size and put an 11-year-old child next to me—they’re not father and daughter—it’s like, “OK. I’m out.” In the book, some of the scenes are even harder and more in-depth, but you just couldn’t get to that psychological place with a movie.

My favorite scene was the ending when they part ways. It confirms their friendship that much more. You shot that on the second day of production? Was that due to scheduling?

Yeah. [Laughs] Low-budget! It just so happened that we wanted to shoot that when we were catching light at a certain point because it always looked like dawn. We wanted it to look like it was night when David is driving off. We had to plan out the sequence where we shot the last part of that first. When the sun went down, it could be night moving into dawn. It’s just low-budget stuff where you have three days to shoot all this urban existence, and that’s all you get.

It’s great that you were able to capture it early on. It’s an incredibly emotional scene in the movie. Just to get that in the bag, knowing you’re leading up to that moment.

It could’ve gone the other way so easily, too. With that first take in the car, our 23-year-old boom guy was literally shaking. I looked up and he was so emotionally moved by it. That crystallized the whole production because we knew that Oona is so special. She was giving us so much and it brought us all together. Everyone had to step up their game because she just went for it.

I’m assuming Bonnie has seen the film. What did she have to say about all of this?

She absolutely loves it and so proud of it. Our relationship is flourishing and we’re developing other stuff together. It’s an emotional thing for her. She had a lot of emotional reasons for writing the book, so to see it in this larger than life way, it was a good way for her to move past it.

Scoot McNairy has a small part in the film. I know you guys were both in The Off Hours years ago. Do you audition someone like that or do you just call him up?

You just call him up and hope that he’s willing to come out for a day and have fun. You have to do it kind of cleverly, you know? Scoot likes to fly fish so it’s like, “You wanna come out to Wyoming and fly fish for a day? And also be in the movie?” [Laughs] So people come out for that reason. He lives on a ranch. He likes to build gardens and raise cattle. The fun stuff.

It’s been 15 years since your first film as writer-director. Did it just take a long time to find the right material for a second feature or were you more invested in doing other things?

My first film was like going to film school. We premiered that at Toronto and all I could see were the shortcomings. I made a pact with myself that the next time I do it, I’ll know more and I’ll know what I’m going after and be very specific about it. It took a long time and there was a lot of fear involved. There are all the other things that came into play, but I knew I wanted to find something that moved me without any of the fear attached. I needed the kind of confidence where I really wanted to tell the story. When I read this, that’s the way I felt. It’s one of those rare occasions where nothing’s going to stop me from doing this and I have to do it. That’s how this came to be.

Where did you originally want to end up while majoring in film studies at school? I understand your roommate was in theater and that’s how you started acting.

Yeah. My college roommate was a theater director and he encouraged me to audition for a workshop of 12 Angry Men. I ended up doing play after play after play. I became a theater major and just went in a different direction. But I’ve always been writing because actors are just waiting around all the time. I picked up writing to keep myself busy and make some stuff for myself.