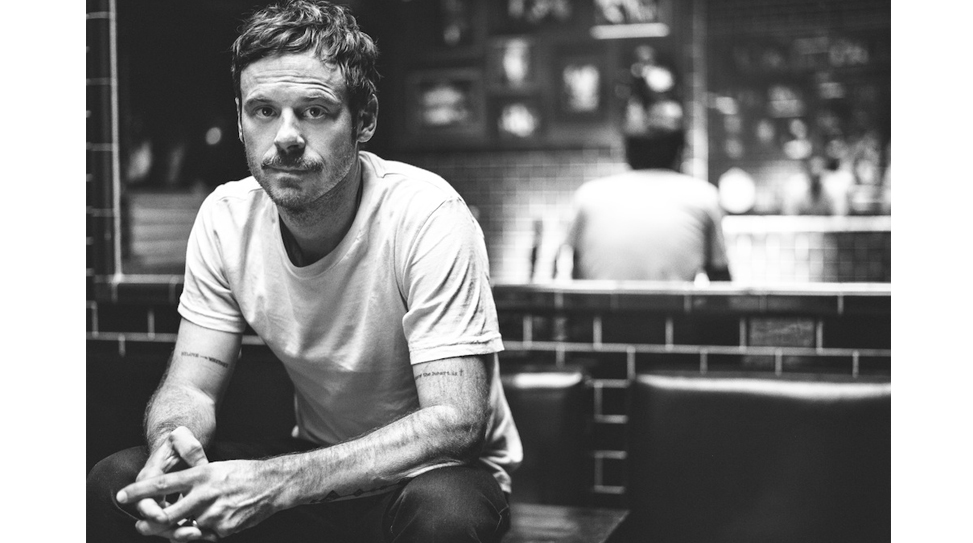 When you get satisfied, you lost all the drive and the creativity. You stopped being an artist.

There’s no disguising the lust that clouds the eyes of submariner Robinson (Jude Law) when he hears about the potential $40 million bounty—a sunken German U-boat full of Nazi gold—lying at the bottom of the Georgian depths of the Black Sea. Estranged from his wife and child, recently dropped by his company of 30 years and in financial ruin, Robinson sees in it freedom: the chance to win back his family, salvage his professional life, and strike a blow against The Man. It’s a theme that’s been explored often, with the golden connection specifically bringing to mind films like The Treasure of Sierra Madre and The Man Who Would Be King. From Touching the Void to this, Kevin Macdonald is a director at his best in desperate tales of survival. In Black Sea, he puts us right alongside everyday heroes on a fathoms-deep treasure hunt—with Robinson’s word that everyone gets an equal share of the gold—literally trying to keep their heads above water.

The sub’s tumbledown crew of misfits are flawed and adrift beings, among them the duplicitous Daniels played by Scoot McNairy. The 37-year-old star is not one of those people who popped out of the womb with visions of dragging his parents to Hollywood. Growing up in Dallas, Texas, he dreamed more of the NFL than the big screen. Nevertheless, McNairy has since become one of modern cinema’s most relatable pleasures. In the past three years alone, he has appeared in everything from Argo to 12 Years a Slave, Killing Them Softly to Gone Girl. It’s a lucky streak that’s—by his own admission—a byproduct of over a decade’s worth of hard work in the industry. This year, McNairy is set to return for Season Two of AMC’s Halt and Catch Fire and to the big screen opposite Sandra Bullock in David Gordon Green’s Our Brand Is Crisis. Then there’s the little-known 2016 blockbuster on the horizon, Batman v Superman: Dawn of Justice.

I’ve put everything I have into it. Just getting recognition for the work you put down has been great, but I still feel like I have a huge mountain to climb, you know? In no way am I close to where I’m going.

As an artist? No. I think that’s one of the gifts of being an artist. You’re always pushing yourself and you can always do better. Everything I’ve ever looked at, you just want to do it better. You do the best you can, but you want it to be perfect. I’m happy and satisfied… To answer your question: I’m incredibly happy and blessed to be where I’m at, but no, I don’t think I’ll ever be satisfied. When you get satisfied, you lost all the drive and the creativity. You stopped being an artist.

I first saw you in Monsters, but I really took notice of your talent in The Off Hours. You’re such a resourceful actor.

I’m always excited about small crews and small productions. It was the way I was brought up making movies and it’s probably the way that I’m most comfortable working. There’s a certain intimacy and an allowance of time that you just don’t get on bigger projects. I knew of Gareth Edwards because I saw a short film he did and I was really excited about it. I knew he was a genius when it comes to special effects and storytelling. Meeting with him just got me more excited about it. Also, we shot that with no script—it was an eight page treatment. That was a bit of a challenge, but it was an interesting one that I wanted to tackle. And it was the same thing with The Off Hours. It was a small independent film that had a bitter-sweetness to it. I was really interested in Megan Griffiths and tapping into the Seattle film scene. Megan was the person I was able to do that with. I later went onto work with Lynn Shelton and the two of them are really close. They’re both amazing female directors.

Lynn is so gifted. I love her. So what’s your overall approach when it comes to TV work? That asks of you a certain commitment different from film.

Well, I’m on a TV show as we speak. As an actor, it’s about not being able to really carve out your arc through a season. They give you as much as they can in terms of what might happen and your storyline, but you’re really just hanging onto certain moments or certain scenes in certain episodes. You’re constantly trying to figure out who this character is. It’s so much about it being a day-to-day basis, whereas on a film, you know a lot about the character because you know that arc. You go in with a lot of security on a movie and you don’t get that on TV. I just finished Fargo the other night, which is an incredible mini-series, and I’ve watched Breaking Bad and Deadliest Catch… I’m definitely a binge-watcher. I do a lot of work from midnight to four in the morning, so there’s a lot of binge TV watching.

How good are you about the uncertainty? That’s so much about being an actor.

Being uncertain or not having clarity is sometimes a really great thing for an actor. I wish I could give you an example, but it’s almost like they tell you one thing and you get to episode five or six, and you realize, “Hold on, I didn’t think my character would do something like that…” At that point, you’re already doing it, something that you don’t necessarily agree with either, and the new challenge is trying to make that work.

How did Black Sea come about? Did you reach out to Kevin Macdonald?

I didn’t reach out to him personally, but I got word that he had a certain interest in meeting with me. I remember being out on Lake Whitney in Texas fishing and I saw that this guy Kevin Macdonald called. I knew exactly who he was because I’d seen his documentary, probably a hundred times. It’s like, “Please push everything aside and accommodate whatever he wants to do.” [Laughs] I had a couple meetings with Kevin and, luckily, I ended up getting the job. He was definitely somebody I wanted to work with. I was quick to jump on the opportunity when it presented itself.

What was it about Touching the Void that made such a big impression on you?

I’m a climber. I was a rock climber for years. I have a real fascination for the outdoors. But what really fascinated me was how the brain works. It’s the will of man and the humanity to keep going when you have nothing left to go for. Your body will give out before your brain does. It’s a fascinating human quality to think that you can keep going in your head when your body’s giving out. All of that stuff—the humanity, the will—and Kevin is such an amazing filmmaker in so many different genres, too. He has talent.

How do you feel about Black Sea now that it’s over and done with?

To be honest, I haven’t seen it yet.

Are you serious? You must be so curious!

I haven’t seen it. I just saw bits and pieces of it doing ADR. Like any role, once you’re done and it’s wrapped, you don’t have too much control over it. You walk away and start looking for the next character. I’m sure it’s fantastic, but I haven’t seen it yet. I had a wonderful time shooting it. Jude Law couldn’t have been a more gracious, giving, and incredible person to be around. He was a real team leader. Being with Kevin on that job was, really, so enjoyable.

So going back to what you were saying about your fascination with the human psyche, did that inform your decision to act in the first place?

Definitely! It’s all about how the human mind works and the way we mean something when we actually mean something else. All of that stuff is fascinating to me. I research every single character differently. It’s different every single time. When you find a solid idea, the psyche of the characters is most important. What makes this guy tick? You build on that. That’s one of my biggest fascinations with acting: How does the human mind work? I love human behavior.

I don’t know if I can ask you about this, but Batman Versus Superman…

Yeah, dude. No, I can’t… [Laughs] I think it’s going to set itself apart from other superhero movies.

What kind of contract do you have to sign up for?

That, too, I can’t… But, hey, good question! You’re asking good questions. [Laughs] I can’t answer them, though.

Are you good about keeping secrets in general?

I think so! I like to be in the know of what’s going on, but if something doesn’t need to be said or talked about, sure. I’m very good about keeping secrets.

What stage are you in with the David Gordon Green movie?

We finished principal photography about a month and a half ago. They just went down to Bolivia to shoot some more scenes for exteriors. They wrapped that, like, two days ago? Yeah, I think they did a week in Bolivia. That was an awesome time. David is someone I cold called on the phone. I knew he was living in Texas and I just called him and said, “Hey, I’m Scoot and I’m an actor. I love the first film you did and I really want to work with you.” He called me right back and said, “I know exactly who you are! I would absolutely love to work with you on something.” We talked about stuff over the course of a year and ended up with Our Brand Is Crisis, which has an interesting and eclectic character for me to play. I’m really happy with it.

What was it like to work with Sandra Bullock?.

I can’t say enough nice things about that woman. She really is, truly, a movie star. You just have to keep doing it. Never show up to a job like you know something. Aside from the fact that she’s so talented and professional, when the cameras weren’t rolling, she was just hanging out with all of us. She was just so cool, man.