The famed leader of chamber pop’s Belle & Sebastian on his feature film debut: “A musical for people who don’t like musicals.” 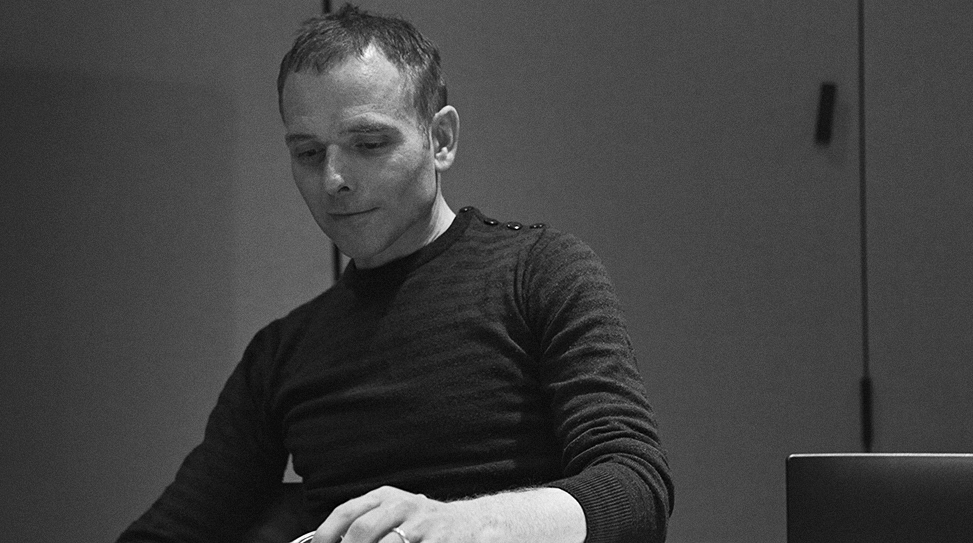 I often have these anxiety dreams where I can't remember any of the words to the songs. My fingers turn into bananas.

Finally, an answer to the question of what a Belle & Sebastian album cover might look like as a movie, and under what reasonable circumstances a girl might rest her head on a stack of books or hang about all cool on a Scottish moor with her two best pals. What began as a same-titled concept album of thematically linked material released in 2009, God Help the Girl marks the directorial debut of Stuart Murdoch. Branded by its marketing team as “a musical film,” the coming-of-age musical hinges on the succession of three- or four-minute song and dance numbers about misunderstood geniuses, lovelorn outsiders and sickly kids who were never good at sports.

Emily Browning is Eve, a young girl in and out of the hospital with chronic anorexia that has placed her life at risk. It’s when Eve chances on guitarist and music purist James (Olly Alexander) that they entertain the idea of writing songs together, and just like that, James inadvertently offers Eve a chance at the hard-won happiness she so sorely needs. Later joined by James’ music student Cassie (Hannah Murray), the duo-turned-trio’s summer-long amble becomes a let’s-form-a-band-movie, neatly taking care of their intermittent breaks into song. These young protagonists want, as James puts it, “to place a small flag in the timeline of pop history.” A valiant effort.

You have a packed schedule today, huh?

I try not to think about the schedule.

It’s not too bad, you know? I like being in New York. I’m just soaking up the warmth and everything. It’s a good time.

This has been quite a long journey for you. Ten years in the making.

It feels a little bit strange, but it doesn’t feel momentous at all in terms of the film coming out because I’ve been working on it for so long. Shooting the film was momentous. Compared to that, the movie coming out feels like small beans. The five weeks of shooting it was intense. It’s nice that it’s coming out, though! Another big thing that happened was Sundance. Had Sundance not picked up the movie, I wouldn’t be here. We’re with this new company called Amplify and I’m delighted that people will get to see it.

Were you always aiming to premiere this at Sundance?

We were aiming for Sundance. We actually waited for the festival to come back around, which meant that we had to sit on it for another five or six months. We felt that Sundance was the right place. Also, crucially, it was American! To be quite honest with you, I think American audiences get [Belle & Sebastian] a lot more than Europe and Britain. The sensibilities of the characters in the film are gentle and, sometimes, people in Britain can react to that quite badly. So we thought it would do better in America.

What was it like stepping into the directorial seat for the first time?

The learning curve felt like it was low gradient for a while and then suddenly peaked for the shoot. It was crazy. Even a year before we shot it, I wasn’t quite sure whether I was going to direct it myself. I don’t know what made me finally decide to do it, but I think I suddenly realized that it was my responsibility because no one would really get it as much. It’s so much my thing, you know? I had very good help, but it did feel like being thrown into the lines a little bit.

You cast a wide net in search of the three main actors. Since you ultimately went with familiar faces, were you looking for something different in the first round of auditions?

That’s an interesting question. For so long, I had these dear characters—dear to me—that had essentially written the script and the songs for me. Kahleen [Crawford], my casting director, said to me, “Eve doesn’t exist. She’s in your head. You have to think outside of your head for a second.” I really had to let these characters go before I started casting because only then can you embrace real people. I don’t mean to imply that’s a failure or something like that. You come to realize that you shouldn’t get exactly what’s in your head because that doesn’t exist.

What happened was that Olly [Alexander] came along and I knew he was right for it. He was different, and much younger and delicate than the person I’d imagined James being. I embraced that. As soon as I embraced Olly, Eve had to become younger and less fiery because, otherwise, she was going to kill Olly. [Laughs] The whole thing fell into place after that. And the thing about standing in front of the crew for the first time is… I had the actors. I understood the actors and wanted to be with them because they’re my characters. I knew what I wanted to do with them. The rest of it, like, where the lights go and stuff I wasn’t so sure about. I had good people helping me.

To me, she felt almost like a classical muse. She was the spirit of music. Early on, I dreamt about her. I often have these anxiety dreams where I can’t remember any of the words to the songs. My fingers turn into bananas. In this particular dream, there was a girl in the audience waving and stuff like that. She looked enthusiastic so we got her up on stage. She took the mic, sang this great song with the band playing and I just thought, this is the best thing! That was Eve. She sang a rendition of “Tainted Love” and if she hadn’t sung “Tainted Love” I would’ve been able to write down the other song that was kind of scrubbed off my memory. That other song was an original!

What important lessons did you take away from this first experience collaborating as a filmmaker?

The key word is “collaboration”. I was completely new to this, so I needed to do that. I come from a band and I love bands, so I collaborate anyway. Even more so, I would collaborate at an earlier stage with the writing and I wrote with the cast—concertina this whole process together. I don’t think there’s anything wrong with exploiting people’s talents. I think that’s a valid thing for a writer-director do to. There are great examples of people who’ve done that sort of thing such as Ken Loach and Mike Leigh, two well-known British directors. I can see why they do that. It allows me to collaborate better and quicker.

Did you have moments where you thought this movie wouldn’t happen? Did you ever feel like you might want to do something else with it or just give it up entirely?

Yeah, a quite a few times. There were definitely times when I felt like we were running out of steam. Even when we made the record in 2009, I felt that that in itself was some sort of an achievement outside of the band. I was pretty happy with it. It was a funny time for record sales because everything was going south. [Laughs] It really didn’t sell many copies and I know the record label was disappointed. I was disappointed as well and that actually spurred me on. I thought, well, that’s because this is a conceptual project. It’s less than half the picture, maybe 20% of it. I had to complete the picture now. I had to make the film or else this record is a folly.

Do you see God Help the Girl as a one-off creative endeavor or did you get bit by the filmmaking bug?

I think it’s more that I have a creativity bug and that’s gotten wider since I first stepped into this world. The desire to create better things on a bigger scale continues unabated. I can’t go back now—the genie’s out of the bottle! But in terms of film specifically, I’m not so sure. I love finished films as an art form like nothing else. But I’m not sure if it’s my forte. I would obviously always have to tailor the projects specifically for myself like I did with this one. I would want to develop my own script and get into an idea that I really love. It would probably involve a lot of music. I’m not a natural when it comes to the getting-behind-the-camera-and-filming bit. That, mechanically speaking, doesn’t feel great to me yet.

I couldn’t help but notice that this is being promoted as “a musical film”. I also understand that you’re not a big fan of musicals.

Yeah, a little bit. The original tagline that I provided for the movie was: “A musical for people who don’t like musicals” and they didn’t like that at all. [Laughs] I thought that was fair enough. I guess I don’t like musicals, but I like a lot of musical films. A musical to me is something where the characters suspend reality. One minute they’re talking and then the next singing to one another. That’s sometimes difficult for people to accept. Although this does happen in my film a little bit, there aren’t too many of those types of films that I love.

How far along are you now on the ninth Belle & Sebastian album? You started recording that earlier this year, right?

Yeah, in Atlanta, Georgia! I was actually working on this before we stepped in here. My friend is mixing a track back in Glasgow right now and he wanted to know what his instructions are. So we’re pretty far down the line and the dates are all set. We just have to march up to the offices at Matador Records who represents us now.

Are you feeling pretty good about everything?

Oh yeah. I always feel good! [Laughs] These people start getting nervous because there are a lot of loose ends to be tied up, but my overall feeling is good. I think Ben Allen, the producer, did a good job. The recording process can sometimes be a bit of a nightmare, but he did a great job.