SIWFF In The Time of COVID-19 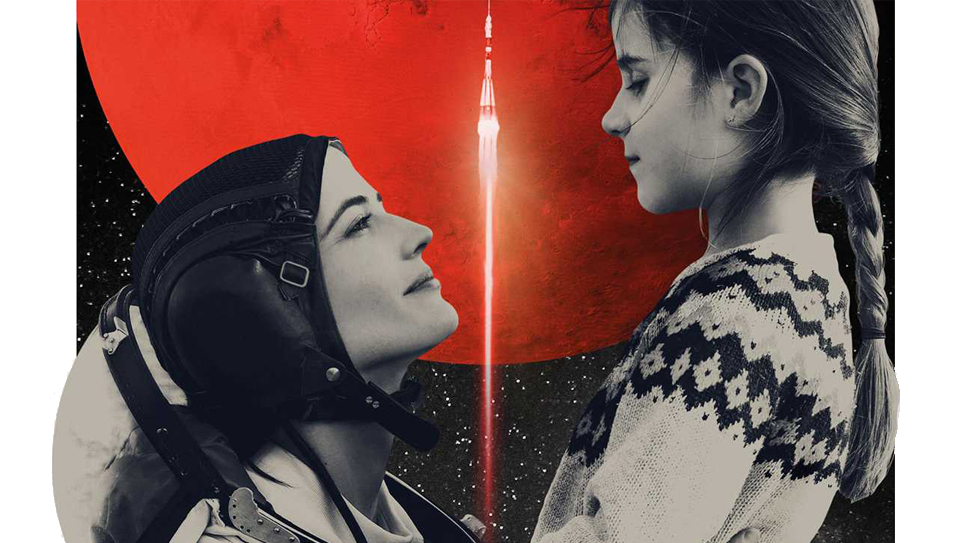 Time sure flies, even if we can’t do much of that these days. It’s been two months since Anthem’s coverage of the Bucheon International Fantastic Film Festival in South Korea, and now the curtains have lifted on the 22nd Seoul International Women’s Film Festival. It was our fourth consecutive year at SIWFF, in a rare physical edition in the age of the coronavirus. The usual safety protocols were in place, which we had witnessed at BIFAN. Meanwhile, the dispiriting uncertainty of future festivals, not to mention yearnings for a normal moviegoing experience pre-pandemic, soldiers on.

SIWFF is the peninsula’s premier annual showcase of exclusively female-centered works from around the globe. The festival is propped up by its ironclad credos: discovering and spotlighting female talent in the name of gender equality and representation in an unforgiving industry; and protecting and expanding upon the archives of past pioneering works by women everywhere.

Each year, SIWFF also brings into focus what the festival trumpets “an urgent women’s agenda.” Essentially, these are sidebars featuring relevant film screenings and forums in which intensive dialogue can take place with audiences. This year, Polemics Forum: Translating Testimony and Verbal Statements—Discussing the History of “Comfort Women”-Related Movements, excavated fiery issues stemming from discourse around wartime sexual enslavement being stolen away from the feminist perspective. In particular, SIWFF sought to examine how the structure of sexual violence and victims’ testimonies have been translated and proliferated throughout history. In the retrospective Special Talk: Hong Kong, a City in Flux and and Its Ordinary People, historians and critics ruminated on the works of Ann Hui, the matriarch of the Hong Kong New Wave, who has tirelessly captured the stories of her region with daring and insight for the past four decades.

SIWFF pressed on under very precarious circumstances as the country experienced sudden spikes in COVID-19 cases, threatening theaters just two weeks after Tenet launched nationwide. Come October, Anthem is heading to the Busan International Film Festival for another physical edition. Will the virus allow it? That remains to be seen. These are Anthem’s top five titles from SIWFF.

I. THE CLOUD IN HER ROOM

Zheng Lu Xinyuan’s auspicious, all but inexpressive in black and white, feature debut feels like the launch of an excitingly uncompromised, offbeat new talent, whose sensibility nods to both the modern slow-burn social realist tradition in China and the classic European arthouse. A driftily disjointed evocation of urban ennui, The Cloud in Her Room’s slender story conjures the inner life of its 22-year-old university student heroine Muzi (Jin Jing) as she travels from Beijing to her hometown, Hangzhou, to spend Lunar New Year with her divorced parents. Constructed as a series of fragmentary narrative interludes alternating between jazzy extemporizing looseness and occasional quasi-experimental abstractions, it’s a difficult film to describe, except as a series of ephemeral encounters. Muzi saunters through her native turf with the wide-eyed wonder of somebody who’s been jettisoned into a foreign planet: a funereal city she barely recognizes anymore—a protean place rife with cranes and construction sites where new buildings mushroom overnight and craters devour the earth beneath. Zheng Lu’s diaphanous, gentle-paced and deliberately opaque picture pilots the visual and aural potentials of the cinematic medium in a freewheeling manner that, at its best, exhilarates with its audacity and virtuoso flourishes.

Told from inside fast food booths, bath-bombed bathtubs and untidy kitchens, Lia Hietala and Hannah Reinikainen’s Always Amber is the story of every teenager, and simultaneously, not at all. On the surface, the documentary seems to depict demons that all adolescents face: first heartbreaks and those pesky angst-ridden teenage dramas. For our titular 17-year-old, however, the non-binary dimension adds intricacies to the already onerous task of exploring one’s youthful identity. “What gender would you like to be referred to as?” asks the therapist whom Amber is seeing about her request for gender reassignment surgery. “They,” they say without hesitation. From then on, we follow their experimental years as part of a new generation of inner-city Stockholm kids, all of them with fluid identities. Filtered through Snapchat, Instagram and observational footage, this punky portrait of genderqueerness embodies three years of Amber’s transition from 2016 to 2019. The many trials and tribulations of their friendships sow a seed of doubt: is a mastectomy what they honestly want? “If I lived on a desert island with my friends, there’d be no norms or anything. But I don’t live on a desert island, so I have to adapt to the world around me,” they continue. “How much do I have to change because society doesn’t change fast enough?” Hietala and Reinikainen’s kaleidoscopic collage of these truth-speaking moments never others whatever is unfolding in front of the audience, but instead celebrates the clearly one and only choice—a world close to the utopian island Amber describes, as they blossom into a bird of paradise, fully embracing the trans scene they are a part of, and offering a candid and beguiling look into a world of love, acceptance, progressive thinking and championing not the vessel you were born into but born to be.

It doesn’t take balls to make films. Well, not those anyway. Mark Cousins’ marvel of passionate cinephilia and intellectually unassailable documentary, Women Make Film: A New Road Movie Through Cinema, revels in the sheer variety, boldness and ingenuity of films made by women throughout history who have remained shamefully unacknowledged and excluded from the cultural conversation. The cinema historian par excellence has resolutely not made a film about the female gaze or one bemoaning the lack of women filmmakers. Instead, Cousins takes the far more proactive approach in celebrating the myriad of women who have made extraordinary films. With a running time of a whopping 14 hours—700 movie clips from 183 female filmmakers, spanning nearly 50 countries and every decade—the film is broken, thankfully, into five easier-to-digest viewing blocks, narrated by gracious hosts (educators?) Tilda Swinton, Jane Fonda, Adjoa Andoh, Sharmila Tagore, Kerry Fox, Thandie Newton and Debra Winger, who won’t freeze you out if you don’t know your Muratova from your Jakubowska. Cousins’ curatorial acumen is an unstoppable torrent and in a league of its own. The film’s international focus also ranges from Bulgarian war movies and Swiss musicals to Ukrainian melodramas, suggesting just how myopic our Western view of the film canon has been and continue to be. Women Make Film isn’t agitprop to provoke outrage. It’s a vehicle to drive viewers into the arms of a chorus of women’s unbridled cinematic visions. It’s a film appreciation workshop, an unquantifiable resource. It’s film school.

IV. CAUGHT IN THE NET

In its halcyon early days, internet connectivity was a beacon of utopian potentialities. In 2020, Barbora Chalupová and Vít Klusák’s radical psychosocial experiment and interventionist documentary, Caught in the Net, uncovers the egregious, mind-boggling scope of online child sexual abuse in the Czech Republic, and by extension, everywhere else. The filmmakers hire three age-defying 19-year-old actresses to portray pre-teens and set them against the backdrop of children’s bedrooms, custom-built on a sound stage using elements from the women’s own lives to fool predators. Within minutes of activating their fake but complete online profiles on Facebook, Skype, Snapchat, Omegle and the Czech social networking site Lide.cz, hundreds of adult male strangers from around the world have bombarded the actresses with friend requests, with calls coming in for 12-hour stretches. Over the next ten days, the trio are approached by 2,458 predators. Coached on what to say and following strict rules of conduct whereby predators must always initiate their crimes, the women, who repeatedly state they are 12 or 13, interact with men who push them to disrobe, coercing them with money, engaging in sexually explicit conversations. Some men blackmail them, threatening to publish images of them online or to out their behavior to parents and teachers. For anyone aware of such base internet behavior, the level of depravity is hardly surprising here. But this is no glorified episode of To Catch a Predator, about pedophiles who groom children online, arrange a meeting in the hopes of sexual contact and get busted by Chris Hanson. Although the experiment does include 21 secretly monitored personal meetings in the weeks that follow as the predators seek to take the relationships offline—psychologists, counselors and criminal investigators are on hand to advise and protect—the true nature of the majority of deviants featured in the film is starkly different. Chalupová and Klusák are surprised to discover most prevalent and at the core of their findings the utilitarian exploitation of girls—of fulfilling an immediate sexual need, then abandoning contact—not that any of this makes any difference at all. There are enough dangers online for young people to give any parent nightmares.

Whereas other films in the canon of the traditional space movie might deal with the galactic razzle-dazzle of interplanetary travel, Alice Winocour’s Proxima gets laser-focused on actually getting there, using its destination to externalize the central conflict between astronaut mother Sarah (Eva Green) and Stella (Zélie Boulant), the 7-year-old daughter she’ll soon leave behind on her year-long voyage. Shadowing the lengthy lead-up to Sarah’s first mission, after she’s given a last-minute opportunity to join a Mars precursor voyage to the International Space Station, Winocour engages with the manner in which the complications of life on Earth may be as much an impediment to stellar exploration as any technological limitation. Sarah must also persistently prove her competence in her field, a largely patriarchal arena. In particular, Mike (Matt Dillon), a fellow cosmonaut, proves a most boorish and sexist blockade, dead set on undermining her at every turn. Meanwhile, Stella is sent to live in Cologne with her father Thomas (Lars Eidinger), with whom Sarah remains amicable after their separation. Proxima is a poignant tribute to a mother’s resilience. Not only must Sarah contend with physical separation, but with the emotional gulf that threatens to form between her and Stella. Winocour maps the universal pains of saying goodbye—a few delicate last words giving way to a sudden, vast emptiness. In the end, we’re left with a series of portraits of real-life female astronauts and their children, spanning across decades. These are women celebrated both as pioneers and as mothers, without the two ever coming into conflict.