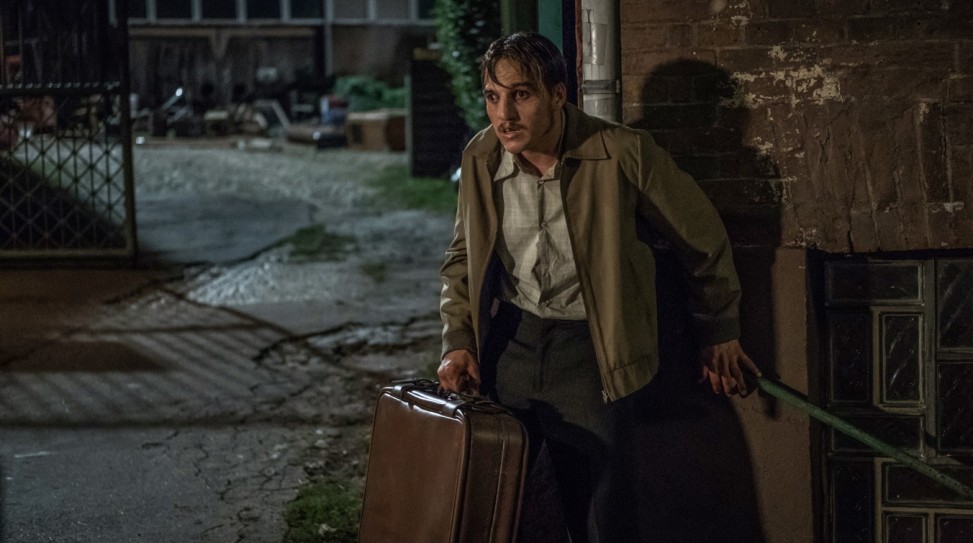 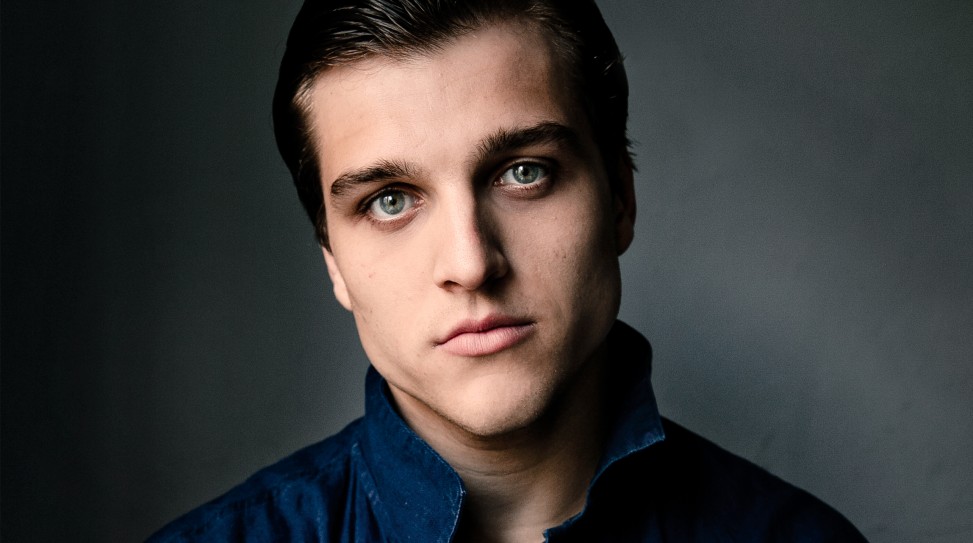 This level of commitment is seldom seen, let alone explored. All of this lives and dies on Dassler’s performance and it’s worthy of all of our attention.

FATIH AKIN, FRITZ HONKA, JONAS DASSLER, LOMO: THE LANGUAGE OF MANY OTHERS, NEVER LOOK AWAY, THE GOLDEN GLOVE, THE SILENT REVOLUTION

Fatih Akin’s The Golden Glove is intentionally, relentlessly ugly. It’s the kind of movie you end up wishing you’d never seen. Lars Von Trier’s The House That Jack Built, released to indignant uproar last year, is a profound inquiry into the human condition by comparison. So proceed with caution. Having said that, The Golden Glove also happens to feature a dazzling performance by an extraordinary newcomer, Jonas Dassler, playing the kind of guy you’d take great pains to avoid on the street: a disfigured, deplorable, Hunchback of Notre Dame figure—psychologically and physically scarred by the abuse and viciousness of his youth in a Russian concentration camp.

There’s a pub in the red light district of Hamburg, Germany where desperate men and women, calcified by decades of hard-living, congregate to drink until their pockets run empty, and then drink some more. It’s the perfect hunting ground for the depraved, where women who go unnoticed disappear just the same. The Golden Glove takes its name from this very real bar, which has been open continually 24/7 since 1956. It was frequented by serial killer Fritz Honka, who murdered and dismembered at least four women in the ‘70s. To Honka, these women weren’t sexual objects of desire; they were ragged screens on which to project his insecurities and frustrations. The film mainly shuttles between two hellscapes: the aforementioned bar where Honka hangs out with Hamburg’s most down-and-out reprobates, and his squalid attic apartment where we find him repeatedly blaming the aroma of decaying flesh on his neighbors’ cooking. His flat is a real pigsty wallpapered with pictures of naked women, and littered with rotting food and empty liquor bottles and creepy dolls. Don’t even think about going into his bathroom.

There’s nothing discreet about this movie. The prologue introduces Honka in the immediate aftermath of his first murder, up in his poky, filthy apartment, where he’s attempting to bag and dispose of a woman’s trussed-up corpse—her stockings constricting her chubby legs like sausage casings. After folding the body up and stuffing it into a garbage bag, he begins dragging it down the stairs—its head bumps along with a muffled clunk, like a bowling ball wrapped in cloth. Barely 10 minutes into the movie now, this is one of the more pleasant scenes. If you’ve ever longed to hear the sound of a saw cutting through neck gristle mixed for Dolby Atmos, Fatih—a Cannes-prize-winning, critical darling of contemporary German cinema—has you covered.

The Golden Glove is so viscerally disgusting that you can practically smell sulfurous gas. We should thank our lucky stars that Robert Rodriguez’s Spy Kids 4-D: All the Time in the World was a flop. That very specific format of 4-D was a kind of primitive smell-o-vision, telling audiences to scratch and sniff cards at various junctures of the film. Had Akin followed suit with this movie, it’s entirely possible people would have died in their seats. The Golden Glove belongs to a small, alienating subgenre of serial-killer dramas that pride themselves on assaulting the viewer with a nonstop gauntlet of brutality and moral emptiness. As such, it doesn’t invite a rewatch, nor can it be recommended to even diehard horror fans. So what’s the point of its existence? All of this lives and dies on Dassler’s performance and it’s worthy of all of our attention.

Named one of The Hollywood Reporter’s five breakout talent to watch at this year’s Berlin International Film Festival, where The Golden Glove played in-competition and shocked audiences, Dassler pulls off a shudder-inducing feat of gnarled physical performance. Honka is a grotesque figure, with his deformed nose, bad skin, lazy eye, combover, perpetually sweat-drenched face, and hunched shuffle of a gait. He’s a rotten-toothed antihero whose glasses magnify his eyes to a cartoonish degree, portrayed as a buffoon until the moment when, again and again, he suddenly snaps and starts pummeling women. Under layers of makeup that gives him the look of a rancid gargoyle, Dassler gives it his all, playing the much older Honka—despite being 15 years younger than his character—moving across the screen like Quasimodo. So Dassler is uglied up real good, and the actor gives no airs or graces in his portrayal. This level of commitment is seldom seen, let alone explored. It’s the actors’ dream to disappear completely into someone else’s skin.

Although entirely unrecognizable from his character on screen, Akin had seen a likeness between the Remscheid-born actor and Honka while attending the 2018 Bavarian Film Awards, where Dassler scooped up the Best Young Actor gong for his performances in both Julia Langhof’s LOMO: The Language of Many Others and Lars Kraume’s The Silent Revolution. As it happens, the actor is no newcomer to his profession, having won praise for playing much older, high profile roles on the Berlin stage—from Kafka to Danton–and also having appeared in Florian Hinkel von Donnersmark’s Oscar-nominated German film Never Look Away. If there’s any justice, The Golden Glove should raise the 24-year-old’s profile outside Germany.

The film is a peculiar genre outlier, certainly in its cruel refusal to let the viewer opt out of participation, which recalls Michael Haneke’s Funny Games. Craft-wise, The Golden Glove is a brutal triumph. Above all else, Dassler’s performance is simply unforgettable and ranks at the very top of this year’s list of best performances, which so far includes Song Kang-ho in Bong Joon-ho’s Palme d’Or-winning Parasite, Adam Sandler in the Safdie brothers’ Uncut Gems, Joaquin Phoenix in Todd Phillip’s Joker, and Tom Mercier in Nadav Lapid’s Golden Bear-winning Synonyms.

The Golden Glove is now playing in select theaters.