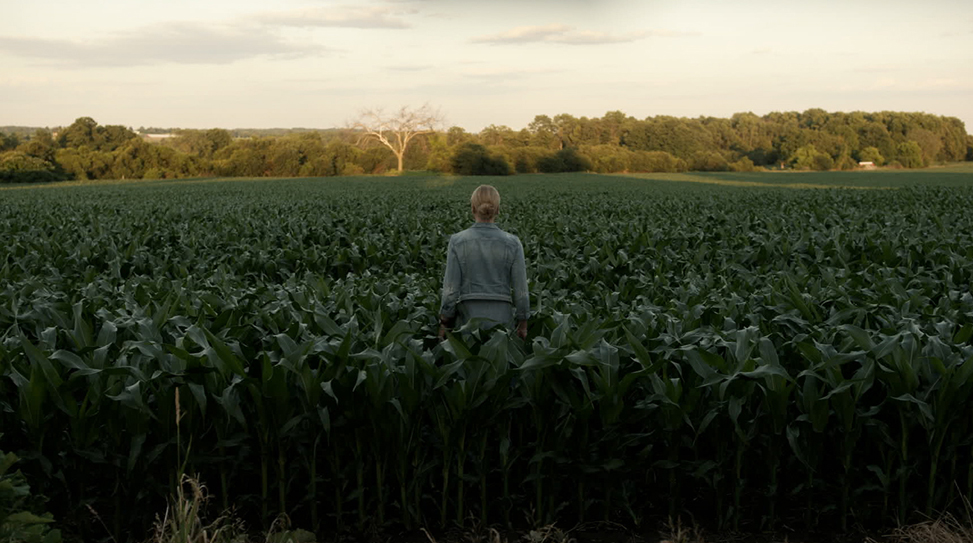 Ed Gass-Donnelly’s Lavender opens with its very own Mannequin Challenge, a frozen tableau of a countryside crime scene. Past the motionless uniforms and blanketed corpses cowers a girl with a death grip on a straight razor. She looks up from her blood-soaked face and the illusion is broken.

Cut to 25 years later, the girl is now a woman named Jane (Abbie Cornish), a small-town photographer whose work orbits her insatiable need to capture rickety farmhouses. But something is off. The monotony of her daily life is continually upended by strange visions and half-glimpsed memories into a past she has all but forgotten. What happened so many years ago that claimed her entire family? Jane’s poor mental state puts further strain on her husband Alan (Diego Klattenhoff) and their daughter Alice (Lola Flanery). When Jane fails to fetch Alice from school one day, yet again, she careens down the road with her one-track mind sending the hatchback into a rollover.

The accident aggravates a past head injury, unscrambling Jane’s brain and loosening dormant memories of murder. So here is Jane, rather catatonic, under the care of resident psychiatrist Liam (Justin Long). Meanwhile, a series of ribboned boxes materialize from the great beyond—on her porch, at the hospital, on her dashboard—containing old keepsakes and torn-up photographs. Cue Billy Mays because, wait, there’s more! The news of an inherited homestead leads her to a golden field, back to the scene of the crime. The homecoming reunites Jane with her estranged Uncle Patrick (Dermot Mulroney), and so she stares down a prickly corn maze along with the rest of us.

Lavender opens in select theaters, and available on VOD and Digital HD, on March 3.