The Riverdale actress on working with a directing trio, the future roles she’s after, and RKSS’s throwback-thriller Summer of 84. 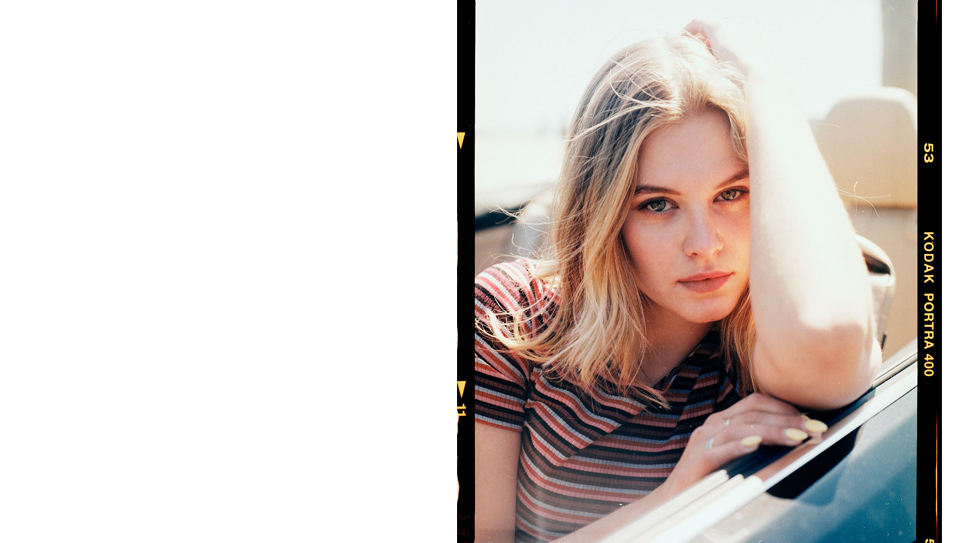 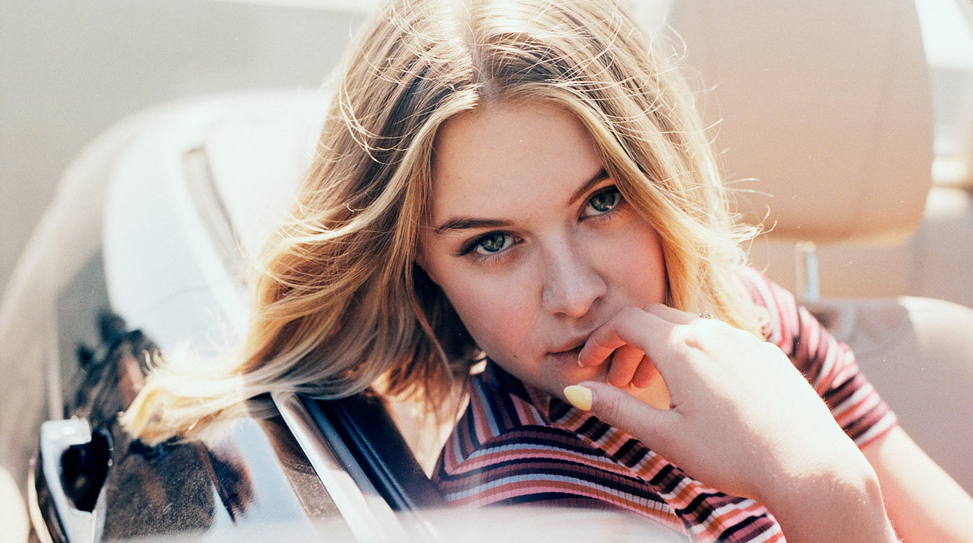 The ending is something you don’t expect and that’s what made the project so special to me.

“The It factor” is a hard thing to take seriously, not least because that kind of prophetic gesturing is so casually thrown about. It’s like telling somebody, “I love you.” But when it’s real, for all of its intangible qualities, a cacophony of signs are badgering you that “This might be it.” For tastemakers, gatekeepers, and full-time human barometers on the hunt for star quality, you’re always looking for that Pokémon. This is all to say that 23-year-old Riverdale actress Tiera Skovbye took us out of watching Summer of 84. Mentally, we went elsewhere: “Who is this girl?”

Summer of 84 was born from the “hive mind” of RKSS—Montreal’s filmmaking trio comprised of François Simard, Anouk Whissell, and Yoann-Karl Whissell. Replete with a burbling synthesizer score and pop culture references, the ‘80s throwback thriller centers on 15-year-old Davey (Graham Verchere), who’s convinced that suburbia is home to America’s greatest abomination: the serial killers that live next door to us. A conspiracy nut with his bedroom covered in the front pages of a National Enquirer-type rag, Davey is eager to find adventure in his bland universe potentially fraught with hidden intrigue. Then much to his delight, the real horror comes to his corner of Oregon—the elusive “Cape May Slayer,” who’s claimed responsibility for murdering 13 boys in neighboring towns—and he begins to suspect Officer Mackey (Rich Sommers), the affable bachelor policeman living across the street. Despite some dubious evidence to support his theory, Davey nonetheless lassoes a coterie of familiar archetype friends—the good-hearted overweight kid (Caleb Emery), the bespectacled brainiac (Cory Gruter-Andrew), and the pseudo-delinquent (Judah Lewis)—and his former babysitter Nikki (Tiera Skovbye) into his Scooby Doo mission. All of these amateur sleuths’ snooping around pays off in the supremely sinister third act that most probably won’t expect—the type of ending that gobsmacks audiences and builds a cult following.

Summer of 84 hits select theaters on August 10, and VOD and Digital HD on August 24.

You just got back from filming 2 Hearts in Hawaii. Did you have fun over there?

I did! It was wonderful. I had the best time.

When did you film Summer of 84?

We filmed it last summer. It was a blast. All of us actors got really close. We spent a lot of time hanging out, even outside of set. It was a really good time. We became friends and had to remember at times that we were actually making a movie. [Laughs]

Did you see it finished for the first time at Sundance?

No, I had seen it a little before that in the editing process. But it was my first time seeing it with an audience. It was really special to see their reactions. It was a Midnight screening so all the genre fans who really wanted to see it were there. That was really, really fun.

Luckily, I got the opportunity to watch it on the big screen because it played at a genre festival last month. I had no idea what this movie was going into it. Going in blind like that caught me off guard. This is a fun movie. What did it look like to you on the page?

When you read the script, you have this initial idea in your head that it’s gonna go one way—but then it doesn’t. The ending is something you don’t expect and that’s what made the project so special to me. I also loved the relationships that the writers [Matt Leslie and Stephen J. Smith] created between all the boys. I thought that was really fun and really cool.

The film is being billed as Stranger Things meets Disturbia—a throwback thriller that leans into horror—which I think is pretty accurate. Maybe you could throw a bit of IT in there as well. Are you a fan of this genre?

Oh absolutely! That’s another reason why I was so drawn to the script.

You play Nikki, who has all the trappings of turning into a cardboard cut-out character. But you brought so much vitality and exuberance to her. Who did you model her after?

I didn’t really model her after anything specific. What I like so much about her is exactly what you say. Initially, you could see her as the cute girl next door who’s sexualized by the boys. What I loved so much is that the writers wrote in these really wonderful scenes between her and Davey. You get to see some of her vulnerability and the deeper things going on with her. I think that’s why she believes Davey and takes his side and decides to go on this adventure with him. She’s a lot more than what’s led on initially.

Rich Sommers is so delightfully creepy in this. I had remembered him from The Devil Wears Prada where he plays a ball of sunshine, basically. Did that sinister energy bleed off-set?

It’s funny because you see Rich and talk to him and he’s so far from that. That’s why he was such an excellent casting choice. You’d never suspect him because he doesn’t come off that way at all. Once he does show those little sides of creepiness, you’re blown away because it’s so far from the person that he is. It says a lot about the kind of actor he is. Working with him was incredible. He didn’t stay in it in-between filming, I think out of respect to the other actors and to himself. It’s not something you want to sit with too much.

With RKSS, you had three directors steering the ship. That sounds potentially disastrous if there’s no cohesion in what they’re doing. What did you observe about them at the outset and in what ways did that inform how you’d approach this collaboration?

Initially, I was quite nervous. I thought it was gonna be, you know, too many cooks in the kitchen. But it really wasn’t. They all have their own jobs and only one of them talks to us actors. They would come together to discuss after every take to see what needs to change, to see what was good, and to figure out what they want to do with it. One would talk to the DP, one would talk to us actors, and the other would talk to hair and make-up or the set decorator. They actually worked really well together. It was a well-oiled machine.

Your fiancé [Jameson Parker] produced Summer of 84 so I’m assuming you were well-aware of the film during its development. Did the film go through any significant changes?

There were some changes, for sure, but the bones and the structure of it pretty much stayed the same. There were little dialogues and things that changed here and there, but the majority of it stayed pretty much the same.

I also noticed that you and Jameson starred in a movie together last year called Prodigals. Will you continue being creative together on projects moving forward?

We actually never got the chance to act together in a scene for Prodigals. We met acting together on a different project four years ago now called Even Lambs Have Teeth, an indie horror film. He doesn’t do much acting and instead focuses a lot on producing as it started to take off. But, you know, if the opportunity presents itself, we’re both open to it. We love working together.

You’re currently on the massively popular series Riverdale—a different beast. Does your commitment on that show influence the kinds of projects you choose on the film front?

You know—with every project, you want to have it be better than the next. You want to have a different element to it or something that will benefit your career in any way. For me, it’s just about looking for the next step in the right direction.

Well, what kind of role would really excite you if it landed in your lap tomorrow?

I love playing characters that are very far from myself, or somebody with a lot of layers to them. Anything that’s a little deeper and maybe a little darker would be cool to explore. I always loved Angelina Jolie’s role in Girl, Interrupted so something like that would be a dream for me.