From the Archives: Denis Villeneuve

A look back at our chat with the Sicario helmer about his masterpiece, Incendies, a lead up to (a masterpiece?) Blade Runner 2. 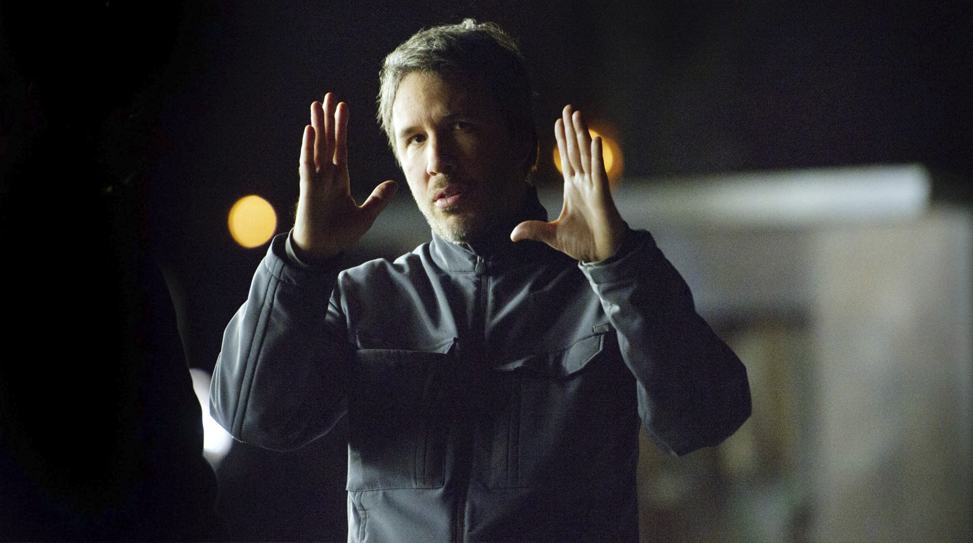 In early 2011, we were invited to attend a screening of Denis Villeneuve’s Incendies in New York, ahead of its U.S. premiere at the Sundance Film Festival. After not breathing for two hours, and the closing credits doing what it is they do, we sat dumbfounded, knowing what we saw was one of those rare moments: it was one of the truly great moviegoing experiences in our recent memory. At the time, Villeneuve was barely known to the public at large, even after Incendies secured its spot in the Best Foreign Language Film category at the Oscars the following year.

That all changed in 2013 when Villeneuve directed Prisoners, his first studio film, which offered him his well-deserved credibility on a much wider commercial context, not to mention open the doors to another collaboration with Jake Gyllenhaall on Enemy. Villeneuve’s latest film, Sicario, which premiered in competition at Cannes earlier this year, already roped in the Oscar buzz that he’s all too familiar with. Let’s not shortchange the man: he’s confirmed to direct the as-of-yet untitled Blade Runner sequel, starring Ryan Gosling and Harrison Ford.

[Editor’s Note: The following interview was originally published on January 28, 2011.]

Denis Villneuve’s Incendies tells the story of twin siblings, Jeanne (Mélissa Désormeaux-Poulin) and Simon Marwan (Maxim Gaudette), stunned to receive a pair of mysterious envelopes by the executer of their mother’s will: one to be given to the father they thought was dead and the other to the brother they never knew existed. To fulfill this enigmatic request, they comb the Middle East and retrace their mother’s mazy, war-ravaged past. It’s an emotionally taxing journey through incredulity and catharsis towards a dramatic final act that’s truly worthy of Greek tragedy.

Take our word for it: Villeneuve is the real deal. After years of quietly building a name for himself on the international festival circuit with Polytechnique, Maelstrom and August 32nd on Earth, his formidable directing talent is becoming increasingly sought after, and for good reason.

Anthem sat down for a conversation with the filmmaker at the Sundance Film Festival, where he’s currently competing for the World Cinema Narrative prize with Incendies.

What are your feelings toward festivals like Sundance? What does it offer you?

You end up competing with a lot of other movies that perhaps have more money for publicity, so I think festivals are immensely important for smaller films. It helps smaller films get more recognition and, hopefully, it will generate good buzz. Sundance is a great opportunity for Incendies to be seen by large audiences. One of the big goals for filmmakers at a festival is to find distribution in different countries.

To be honest, I wasn’t at all familiar with your work prior to Incendies. That movie blindsighted me and really made me want to track down your past films. It’s powerful.

I should warn you that my previous films are completely different than this one. You make mistakes when you’re young, so just keep that in mind if you end up watching some of my older stuff. [Laughs] But you should check out Polytechnique, at the very least.

What’s your background in film like? How did you get to where you are now?

That’s a difficult question to answer. I think I wanted to make films since I was 10 years old, but I don’t remember exactly what the reasoning was behind that. It’s hard to pinpoint one particular moment in time, but maybe it was when I first saw 2001: A Space Odyssey. I remember seeing that film and realizing how powerful cinema can be. In any case, I was very young when I realized I wanted to make movies. I studied science in college before getting into film, though. I spent a year at Radio-Canada shooting 25 short documentaries around the world and that was my film school. I traveled around the world, alone, with just my video camera for a year.

What prompted Incendies? When did you first encounter Wajdi Mouawad’s play?

I first saw the play in May 2004. I remember sitting in the second row for its final performance at Théâtre de Quat’Sous. I was astonished by the emotional power of the story. I immediately jumped on Wajdi to get the rights for it. It took me several months to write the adapted screenplay, and it took that long because I was shooting two features back-to-back during that time as well.

It’s surprising that the source material is a play because the story is so dense and intricate, and novel-like. How close is the finished film to the play it’s based on?

The main characters, the plot and the dramatic structure are the same, but there were things that I had to change in order to make it more cinematic, obviously. I couldn’t use Wajdi’s staging because they belonged to the theatrical alphabet. When Wajdi agreed to give me the rights to make this film, he had two conditions: Firstly, he wanted me to have total freedom to do everything that I thought was appropriate. Secondly, I would be alone on this journey because he was very busy. [Laughs] He really set the perfect parameters for me to work on this adaptation. I was sent on a journey and told to be free and alone.

It almost sounds too good to be true. He must’ve trusted you a great deal.

Wajdi is a very generous man. I felt that, even if the film ends up being a failure, at least I got to meet this lovely man. [Laughs] He was really touched I wanted to turn his play into a movie.

What did he make of the finished film?

We haven’t had a chance to sit down and properly talk about the film together over coffee or a bottle of champagne yet. We’ve only exchanged a couple phone calls and emails. He’s always traveling, so it’s difficult to lock down a place where we can meet. I can’t really speak for him, but I can tell you that he was very generous with me and he was totally behind the project from day one. I always feel shy about putting words in his mouth. I know he was very happy about the two main actresses in the film. He told me that he was happy in the theater and, when he walked outside after watching the movie, he was 100,000 times happier. I’m really looking forward to having a lengthy conversation with him about the film. I’ll let you know how that goes.

So how did you find these incredible actors? It was a long process, I bet.

It was very long. It took more than a year to complete the casting. I held casting sessions in Canada to find Lubna Azabal’s character, but found her in Paris, actually. It also took a very long time to find Mélissa Désormeaux-Poulin. As for the rest of the cast, there were some from the Middle East, specifically from Jordan and Iraq. A lot of the actors were amateurs and it was very exciting because they brought so much authenticity to the film. Lara Attala [casting director] wanted to bring on Iraqi refugees and offer them work. They shared so much of themselves with us.

The story takes place in an unnamed Middle Eastern country. Why did you do that?

I wanted the film to be heavily embroiled in politics, but have it be apolitical. I wanted the politics to be so complex and intertwined that it’s impossible to boil it down to black and white. I didn’t want to take sides, basically. It’s not about judging, but about showing. Wajdi warned me that if you get too specific with politics, it’s impossible to remain neutral. At the core, the film isn’t interested in exploring politics, it’s about looking at human beings from an intimate point of view. I know next to nothing about the Middle East and I know nothing about war. I’m not from there.

Where did you shoot this?

We shot in Jordan and a small segment in Montreal. Most of it was in Jordan. It was very difficult to pull this off in 40 days because there’s so much production design and such a big cast. We were running around all the time and it was a tough shoot. I rewrote the screenplay at one point to only include the things I knew I could fit into those 40 days. That’s why I often found myself thinking, ‘If this shot doesn’t work, we don’t have a movie!’ [Laughs] It was stressful, but rewarding.

What kind of atmosphere do you like to nurture on set in order to get the most out of your collaborators and, ultimately, get what you need?

I think it’s important for directors to know exactly what they want, but I also love it when crew members feel so confident about their ideas that they want to share it with you. You really have to love and take care of your crew. I don’t necessarily think that always gets you a good movie, but it will certainly let you do your job better.

That’s tremendous. I also want to ask you about Radiohead’s “You and Whose Army,” which is featured in the film several times, almost as a motif. I still remember the opening scene with that song because it’s so pitch perfect.

That first scene is actually the first thing I wrote in the screenplay. “You and Whose Army” has the kind of emotions, melancholy, and a kind of operatic feeling to it that I wanted to capture in that scene. That song was written in the screenplay since day one and I was always worried that I would never get the rights to it. It’s such a dream to have this song in the movie.

Did it take some effort to get Radiohead on board with this?

Radiohead told me that it wasn’t about the money. They just had to be sure that it was an appropriate film for the song. I don’t know who exactly, but someone from the band saw a rough cut of the film, liked it, and agreed to let me use the song. I don’t know which member or members of the band saw it, but I do know they said yes. It was a huge gift. I was waiting by the phone for two weeks to get an answer back from them. It was a beautiful moment when they called.

I can’t imagine any other song being there, now having seen it.

I’m so happy that you think that because, honestly, not everyone I meet thinks that. Some people don’t like this idea.